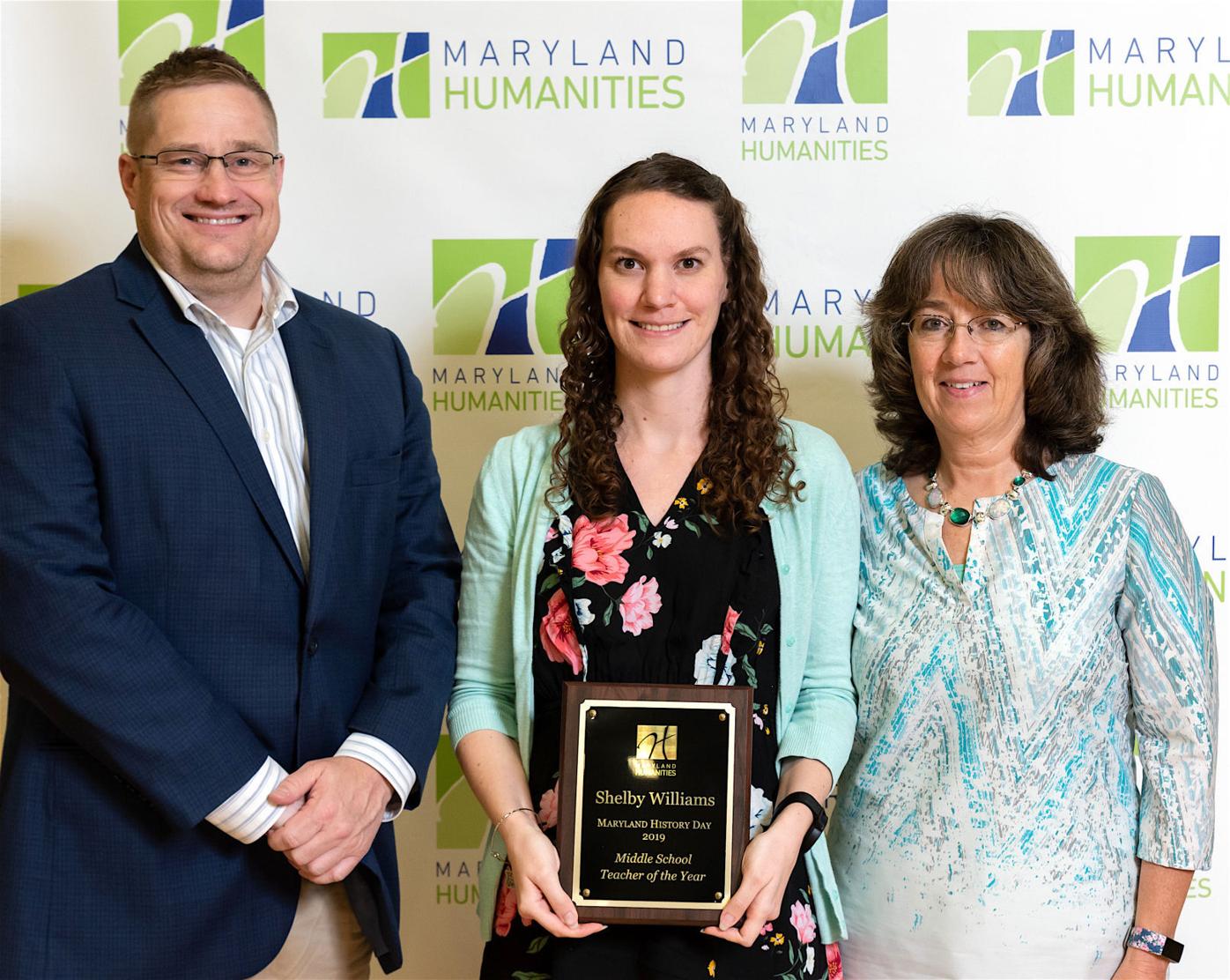 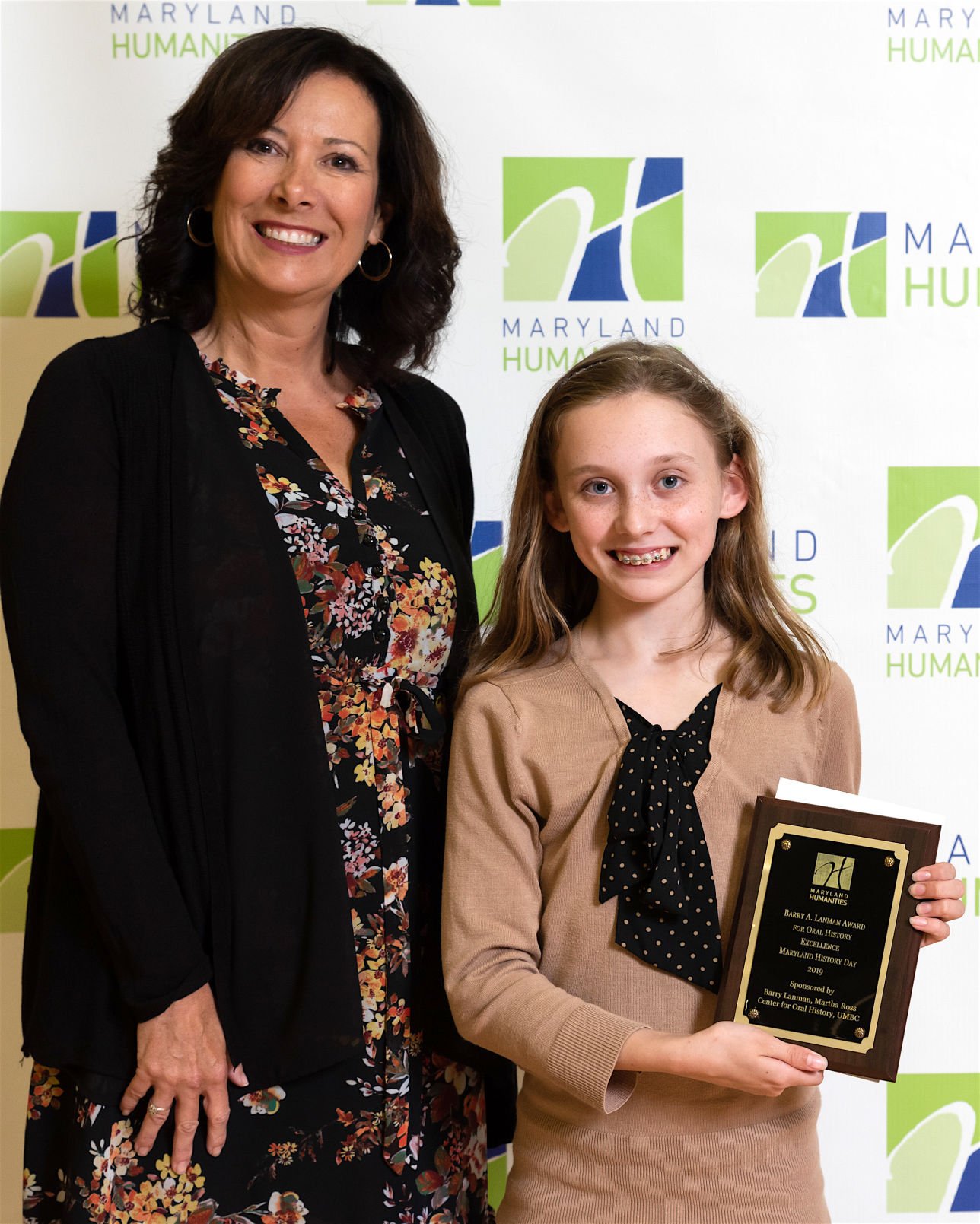 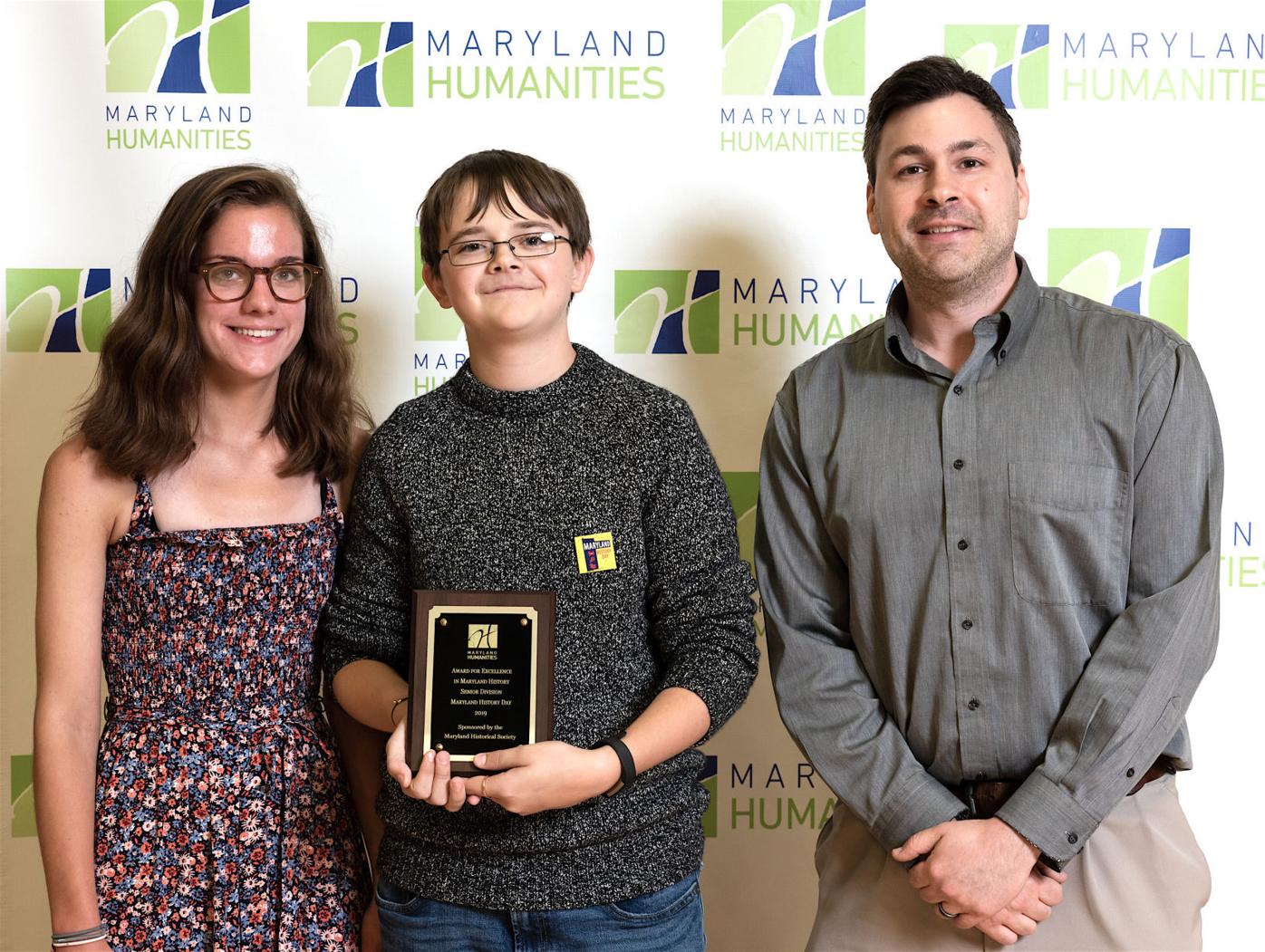 From left, Mia Mennit and Aaron Palamaras of North Dorchester High School accept a special prize in Maryland history from Maryland Historical Society’s David Armenti. Jocelyn Meyers was also a member of the prize-wining group but was not available for the photo.

From left, Mia Mennit and Aaron Palamaras of North Dorchester High School accept a special prize in Maryland history from Maryland Historical Society’s David Armenti. Jocelyn Meyers was also a member of the prize-wining group but was not available for the photo.

Lockerman student Isabella Garland received the Barry A. Lanman Award for Oral History Excellence, sponsored by Barry A. Lanman for her paper on “The U.S. Figure Skating Plane Crash.” Her teacher was Linda Echternach.

The competition, held May 12 at University of Maryland, Baltimore County, is the culmination of a year-long program from Maryland Humanities. In 2019, more than 25,000 Maryland students participated at the school level.

Working solo or in small groups, students create original documentary films, exhibits, performances, research papers, or websites exploring a historical topic of their choice on an annual theme, which this year is “Triumph and Tragedy in History.” Maryland History Day sparks critical thinking and helps develop skills in research and analysis, writing, and public speaking. The program is open to public, private, parochial, and homeschool students in grades 6 through 12.

From Dorchester County, Mia Mennit, Jocelyn Meyers and Aaron Palamaras received a special prize in Maryland history, sponsored by the Maryland Historical Society, for their exhibit, “Triumph Over Tragedy The Great Depression: Food Edition.” Their teacher was Scott Baker.

Samantha received a special prize in African-American History, Junior Division, sponsored by Maryland Commission on African American History and Culture, for her documentary, “The Clinton 12.” Her teacher was Jason Schieb, who was the Maryland History Day District Teacher of the Year for Kent County.

Maryland Humanities has nominated Williams and Smith for the Hannah E. (Liz) MacGregor Teacher of the Year Award, facilitated by National History Day. A committee of teachers and historians selects one middle school teacher and one high school teacher for the $5,000 national award.