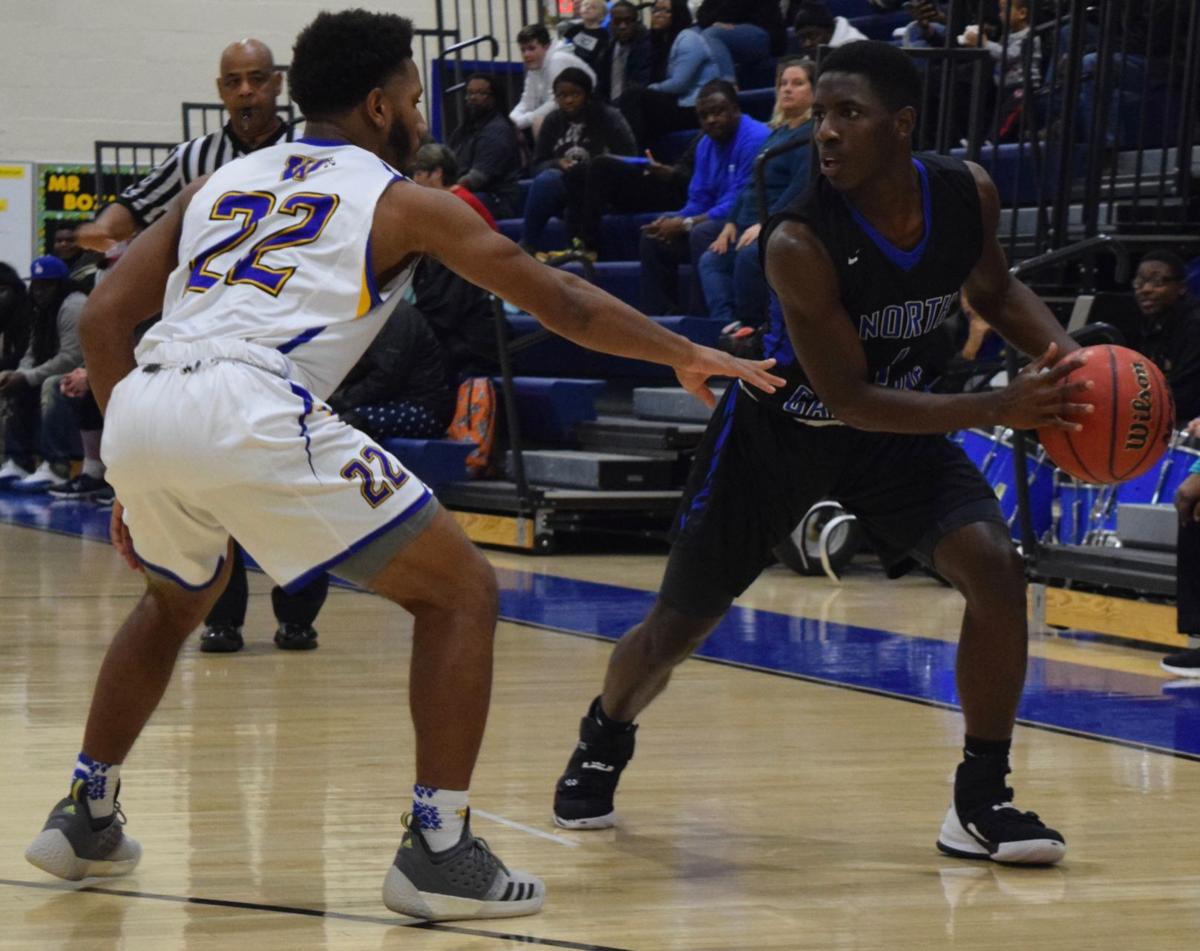 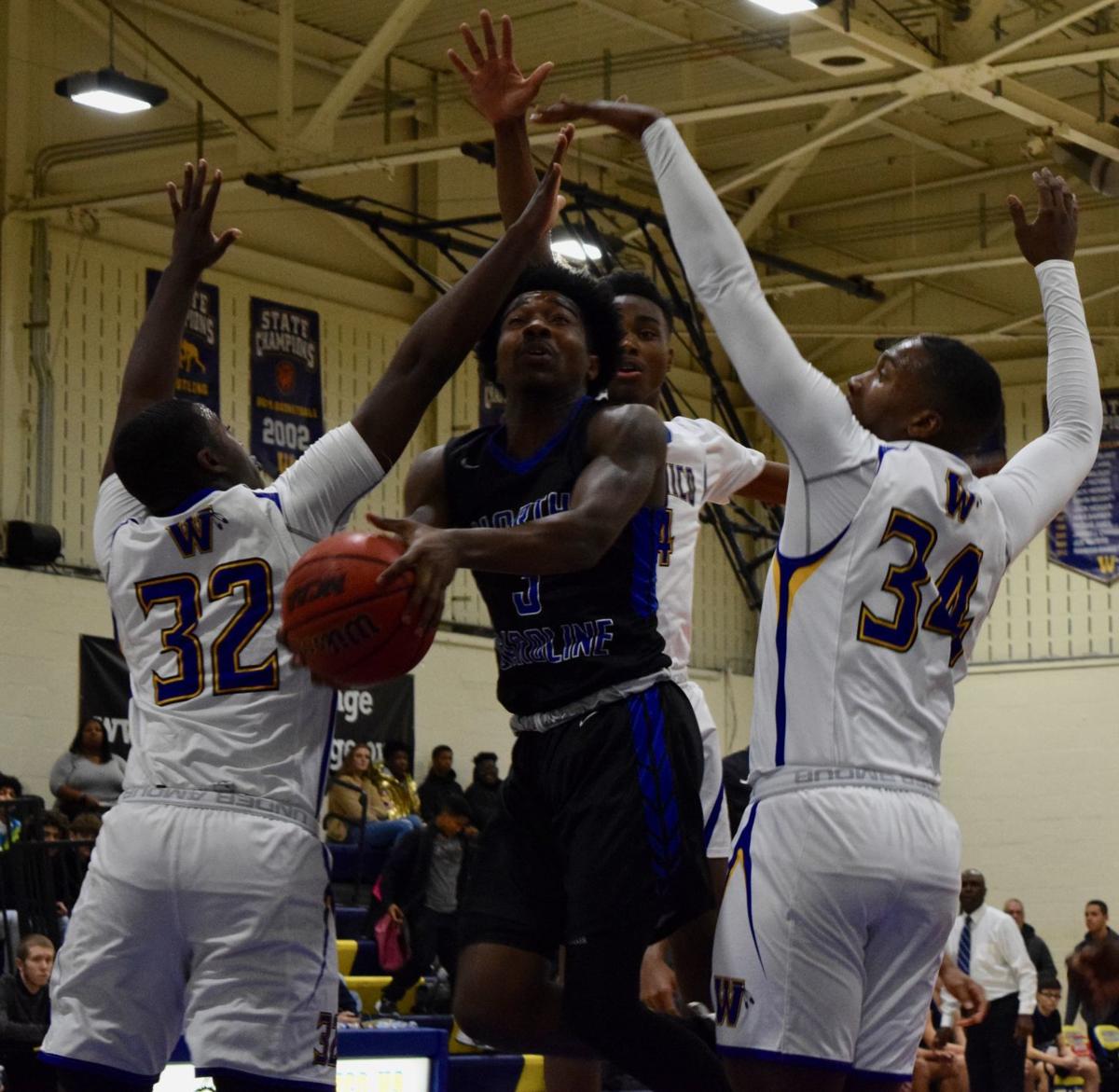 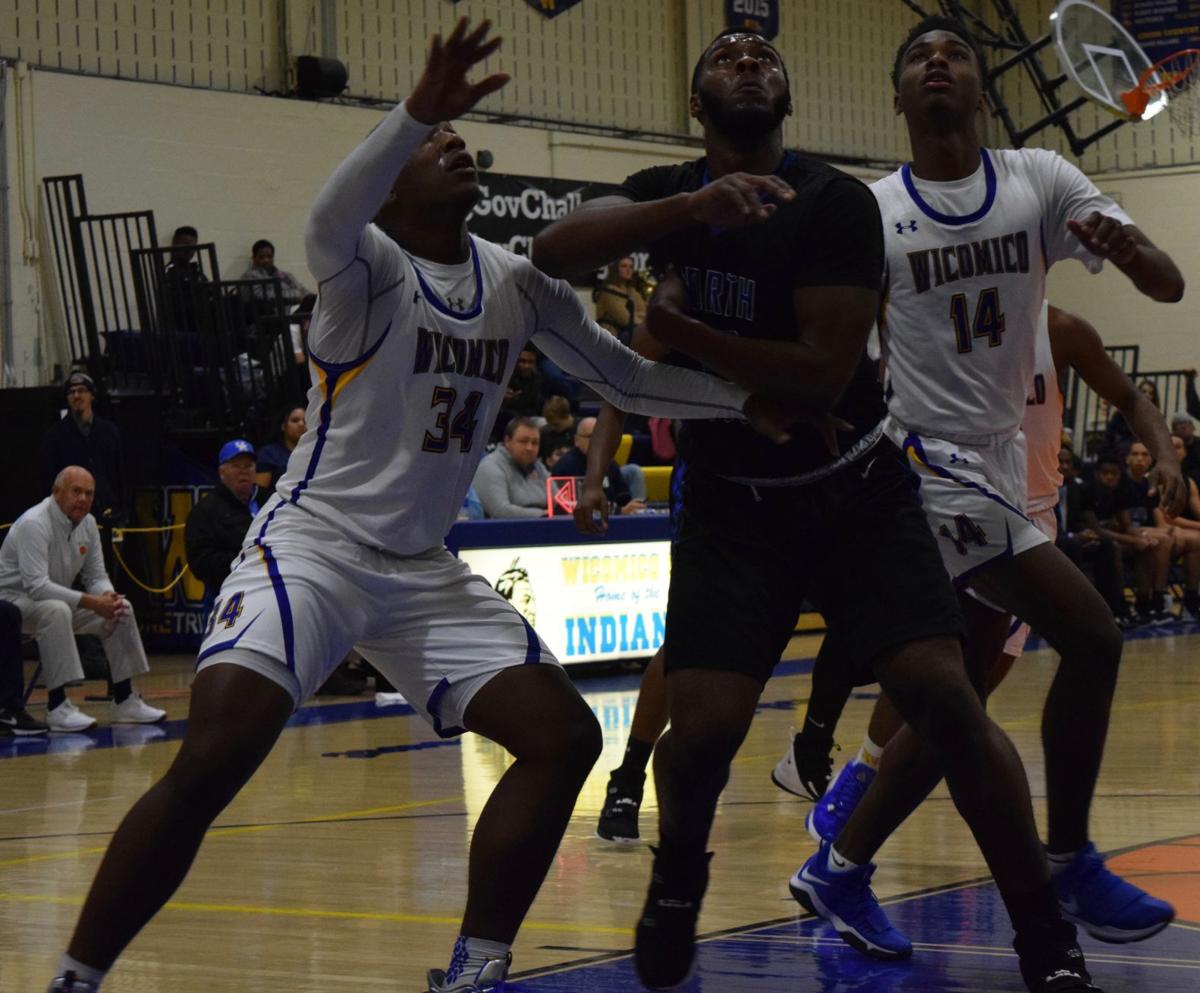 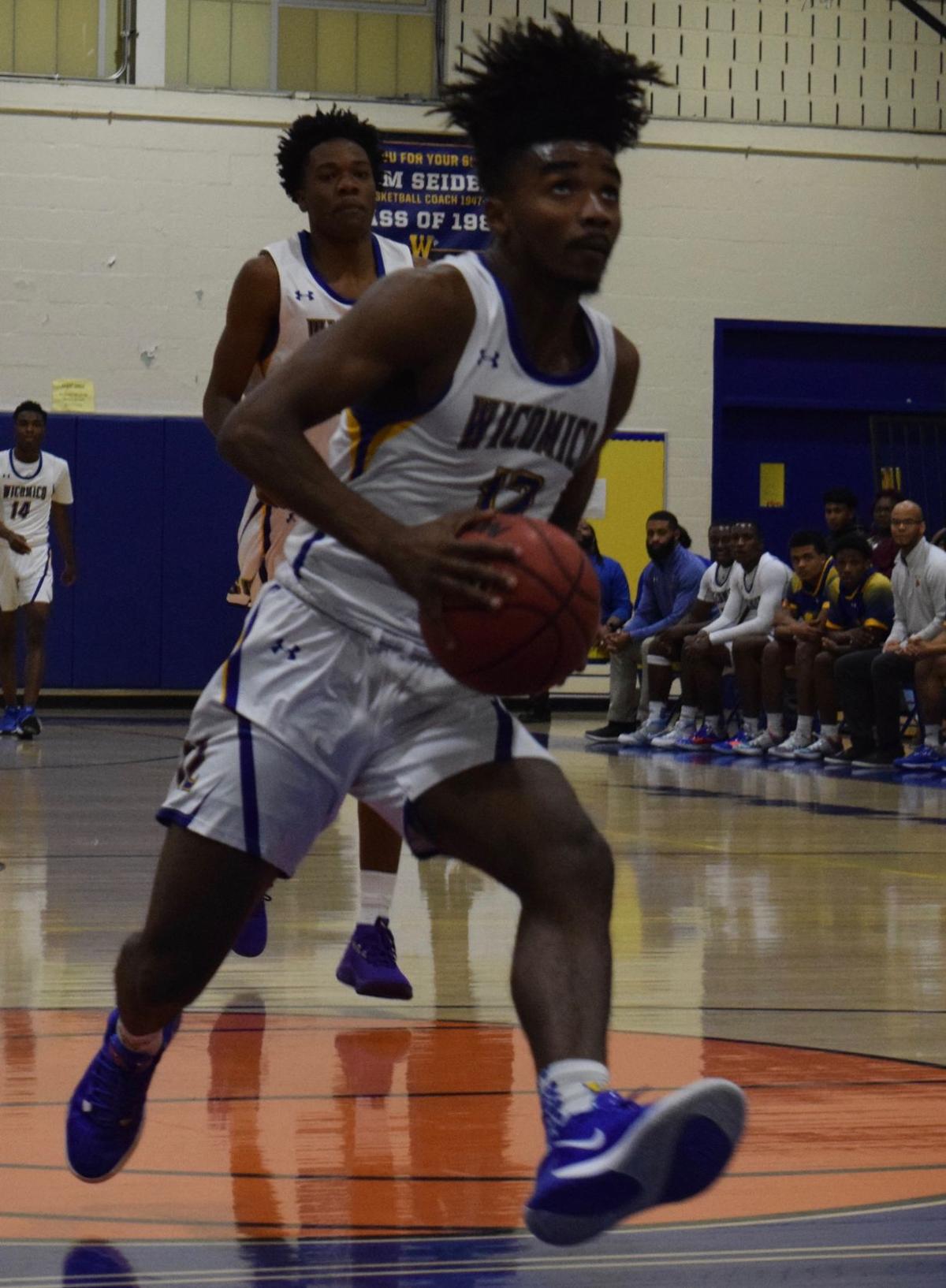 Wicomico’s Tawain Hardy goes in for a shot on a fastbreak. 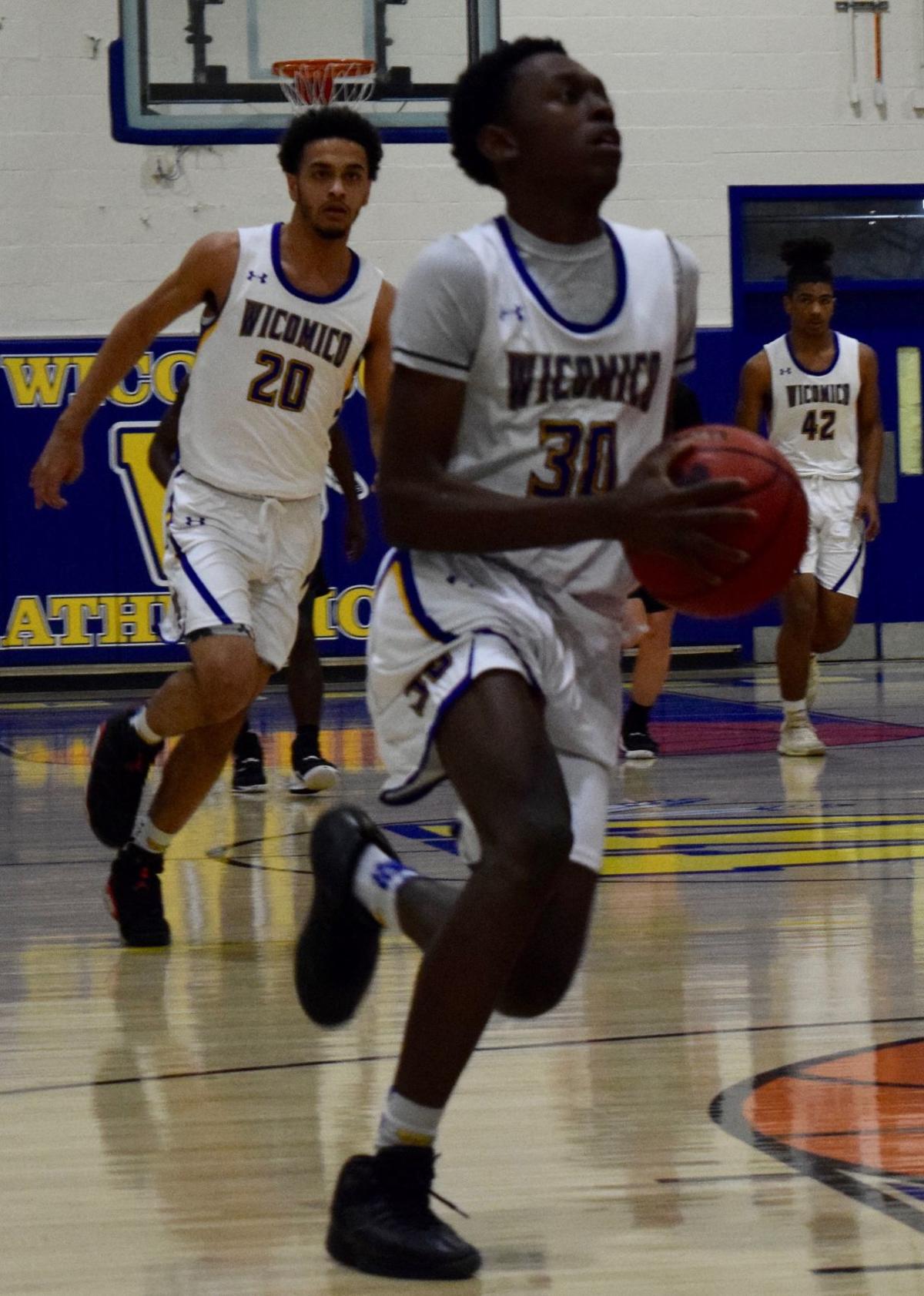 Wicomico’s Takhi Purnell takes the ball into the paint. 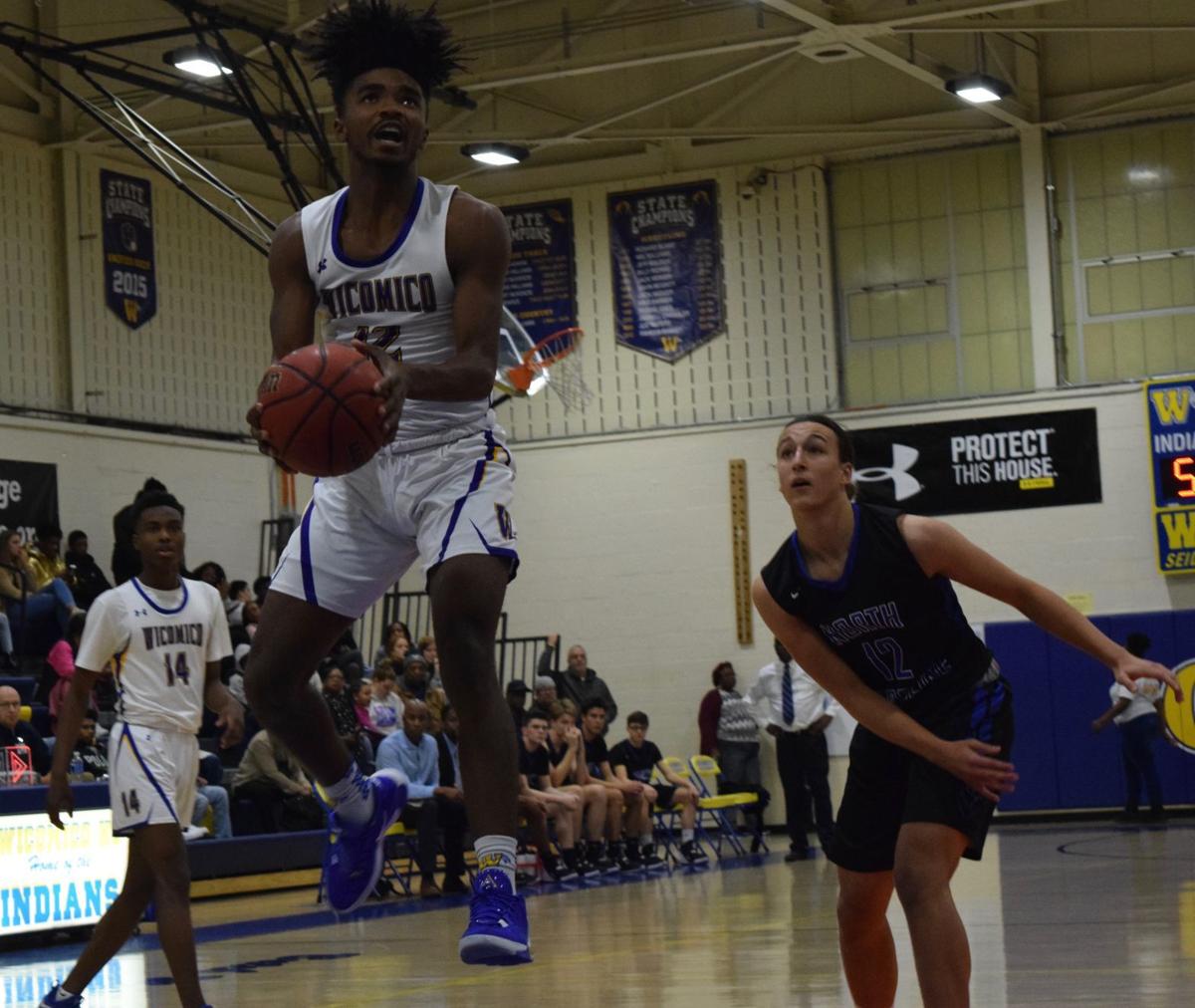 Wicomico’s Tawain Hardy goes in for a shot on a fastbreak.

Wicomico’s Takhi Purnell takes the ball into the paint.

Wicomico (9-0) dictated the game from the opening tip, jumping to a 21-2 lead and never looking back. The Indians had everything working in all facets of the game, while North Caroline (4-4) couldn’t get anything to fall.

The Indians were successful in making a statement to the North Bayside about who’s won the Bayside Conference the last two years.

“Being as it was a North team that’s a 2A team, like us, and they’re in our region, we sort of wanted to send a message to the North,” Wicomico head coach Butch Waller said. “That message was a subtle message to Queen Anne’s as well.”

Wicomico relied on big games from sophomore guards Tawain Hardy and Antwan Wilson, who put up 24 and 20 points, respectively. Those figures were both achieved in three quarters as the Indians emptied the bench in the fourth quarter.

The Indians played stingy defense all game as well. Their lead was built and sustained by forcing turnovers and turning them into points.

“It’s a classic example of jumping on a team early,” Waller said. “You never can count on that. You hope that happens. But I think we broke their spirit a little bit. It would happen to anybody. I’m sure they’re better than that. But from our point of view, we did exactly, tonight, what we’ve been working on: stronger rebounding and better man-to-man defense.”

The Bulldogs struggled to get good looks from outside all night. When they went inside to senior big man Kendron Wayman, the Indians had the size and skill to provide resistance and alter his shots.

Perry said his team just wasn’t prepared for the game.

This loss came on the heels of a big win Tuesday, when North Caroline handed Queen Anne’s its first loss of the season. Perry didn’t put any thought toward his team’s up-and-down week, just asserting they’ll learn from the lopsided loss.

Waller said this will help the Bulldogs in the long run.

“It was a good night for us. We can enjoy it,” Waller said. “I’m sure their trip back will be a little negative, but they’ll regroup. And they’ll probably be a better team for it, because I’m sure they’re better than that score. No doubt about it. Steve’s a very good coach.”

Both schools play next on Tuesday, with Wicomico at Mardela and North Caroline at St. Michaels.

STEVENSVILLE — Daja Jackson had 18 points as the Vikings ended the Buccaneers’ six-game win streak while handing them their first North Bayside loss.

Vejon Ashley had 14 points for Cambridge-South Dorchester and Donald Banks finished with 11.

Jackson Williams scored 17 for the Lions, who got 11 points from Jy’meir Gibson, and 10 points apiece from Joe Hoxie and SyRus McGowan.

CAMBRIDGE — TeTe Freeman had a team-high 16 points and Blair Goodrich scored 14 as the Buccaneers bounced back from Tuesday’s loss to Easton.

RIDGELY — Kandice Thomas had 18 points and Tahlyiah Thomas finished with 10 as the Bulldogs fell to Wicomico. Camryn Pepper had nine points for North Caroline.