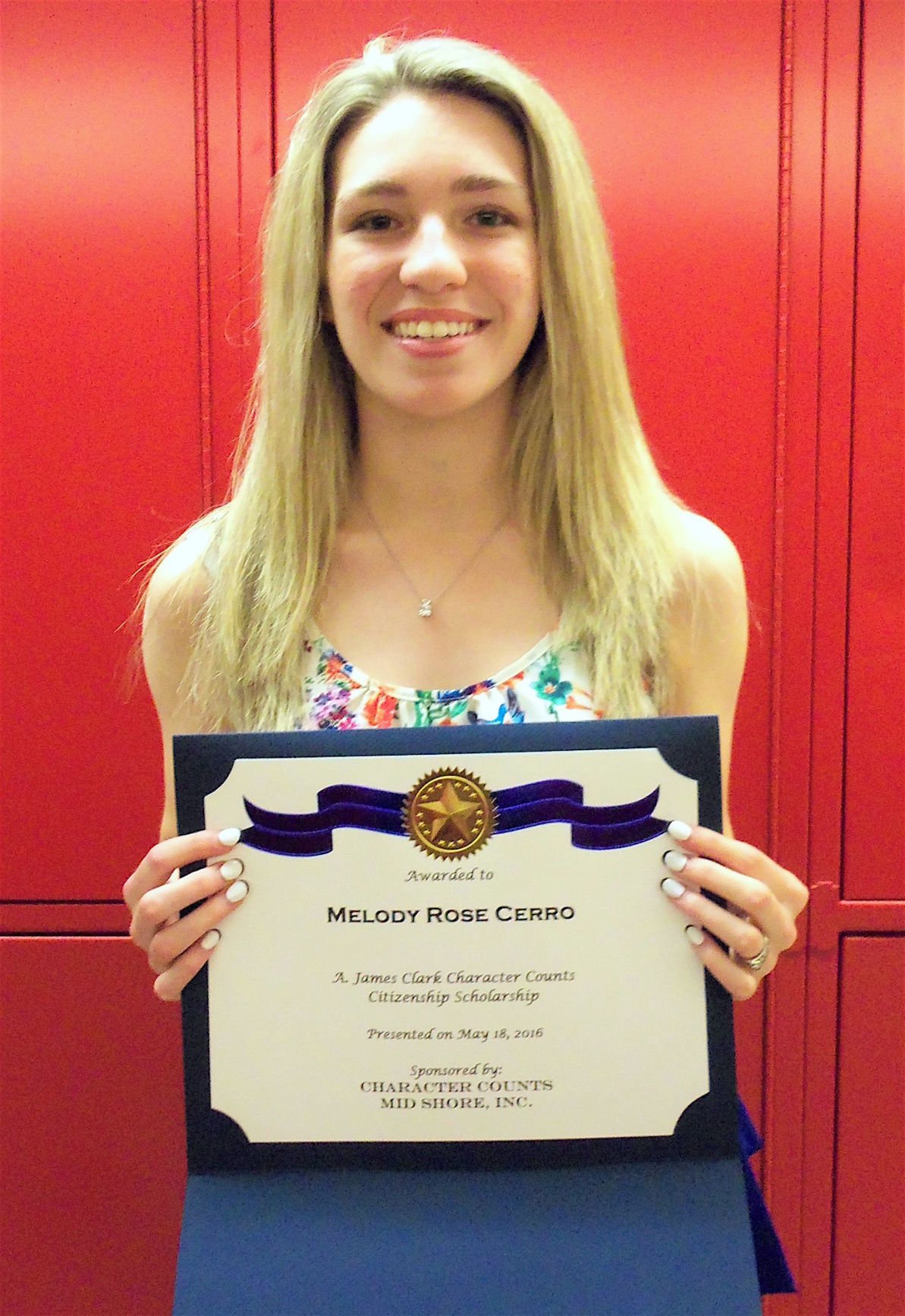 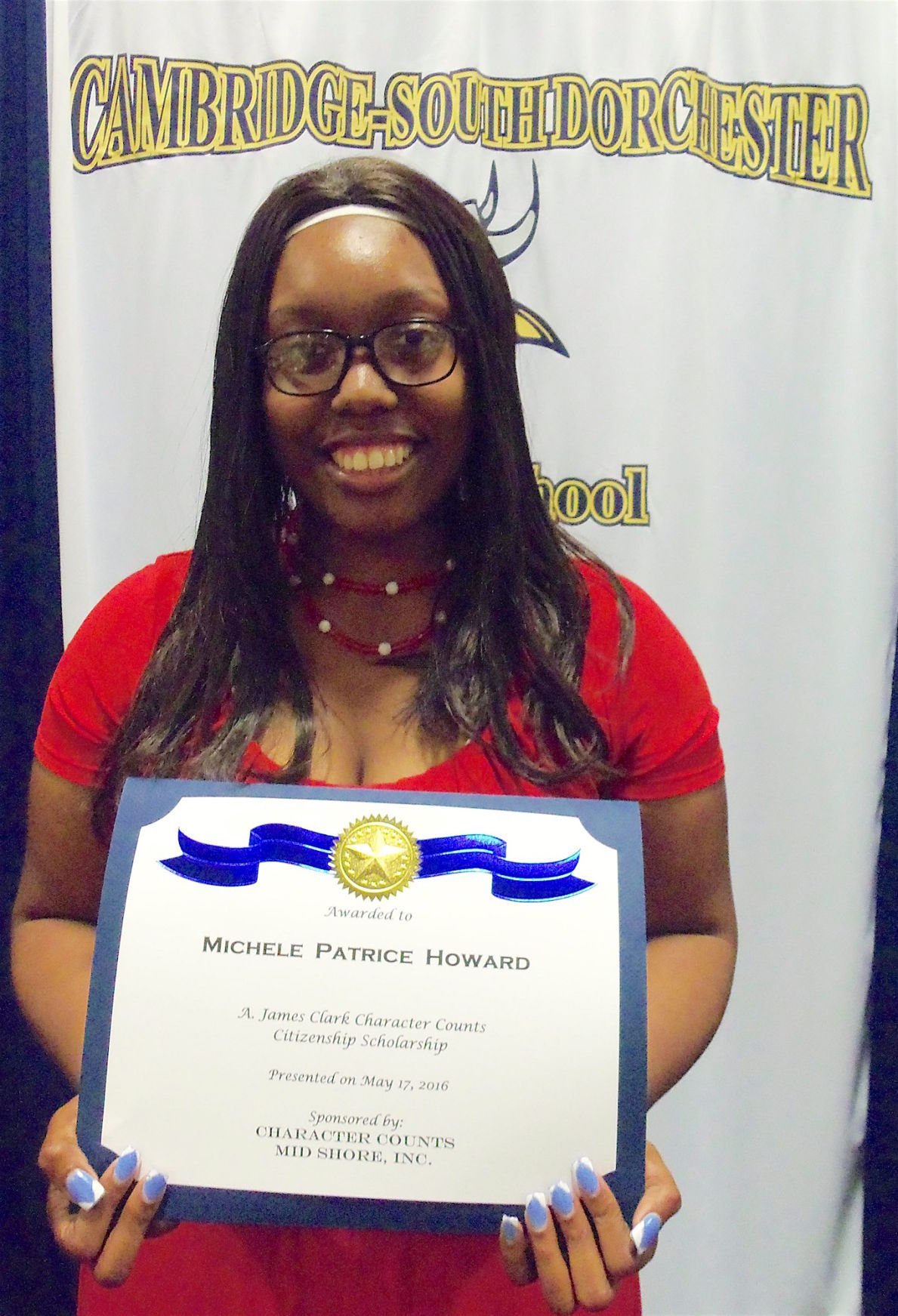 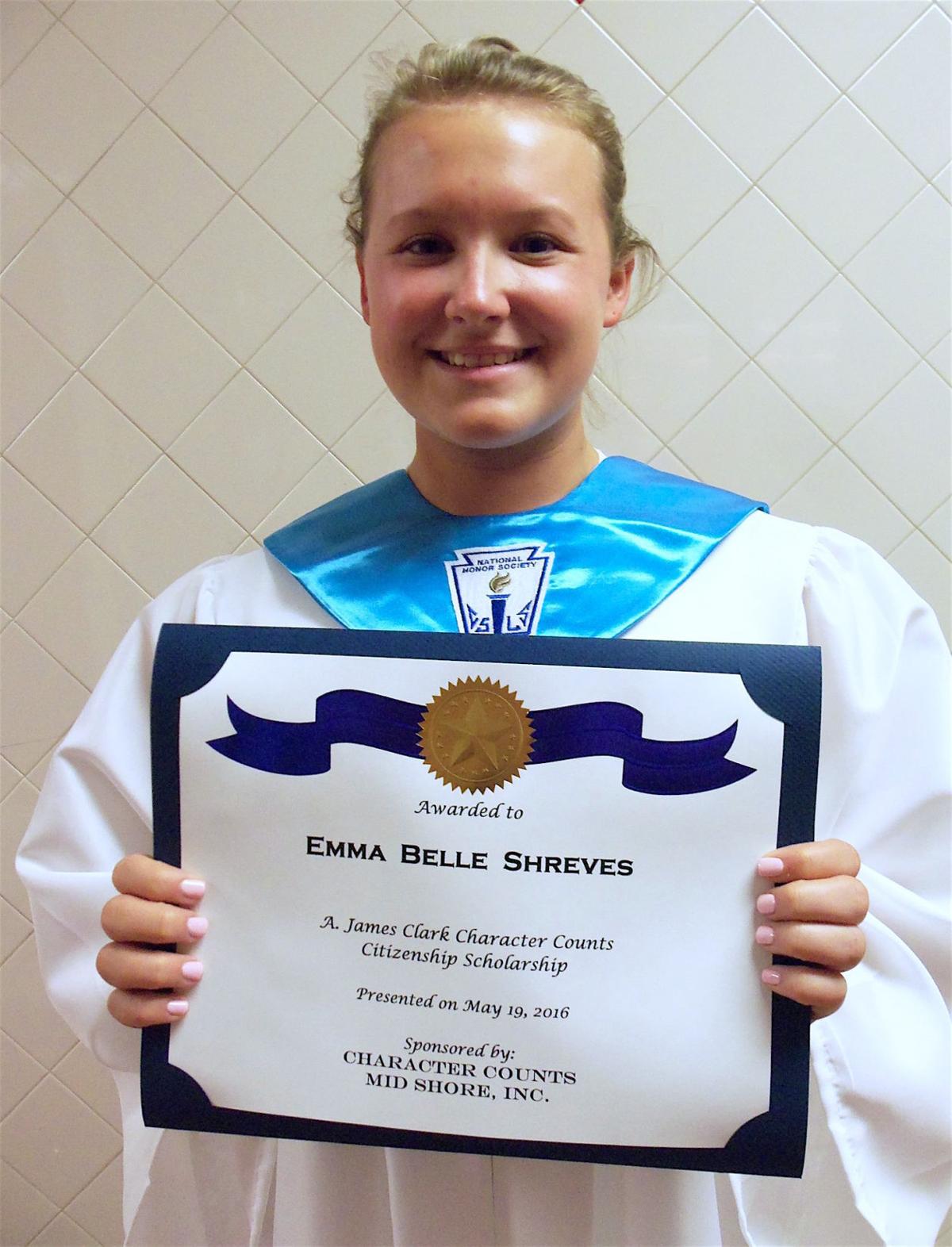 The Clark scholarship is based on the quality of volunteer work a graduating senior has performed throughout their middle and high school years. More than 20 applications were submitted, and the CCMS Board of Trustees made the final decision.

Emma Belle Shreves, from St. Michaels High School, started volunteering for Character Counts while in elementary school and stayed faithful to the mission until graduation. She has served as a character coach for several years, manned one of the rest stops during the organization’s fundraising bicycle event for three years and spent many hours helping in the office during summer break. She will be attending the University of Maryland, College Park, majoring in government and political science in the fall.

Michele Patrice Howard, from Cambridge-South Dorchester High School, graduated a year early with a GPA of 3.7 and 416 hours of community service. She has spent two summers at the Victoria Jackson-Stanley Inspiration Center teaching 3- to 5-year-old children how to read and write. This fall, she will be attending Salisbury University and studying psychology.

Melody Rose Cerro, from Colonel Richardson High School, is a Girl Scout who spent 150 hours working on her Gold Award. She mentored a middle school Lego League Robotics team and influenced many students to consider studying engineering beyond high school. She also designed and produced postcards to hand out at Career Day events to raise awareness to the field of engineering. The fall, she will attend the University of Delaware and major in mechanical engineering.

“For the past three years, Character Counts Mid-Shore has been honored to award the A. James Clark Scholarships in memory of Mr. Clark, a CCMS founding board member,” said Susan Luby, executive director of CCMS. “He served his communities well and we are grateful to the Clark Charitable Foundation for the opportunity to recognize these outstanding students with funding for higher education.”

For more information about CCHS, visit www.charactercountsmidshore.com or call 410-819-0386.