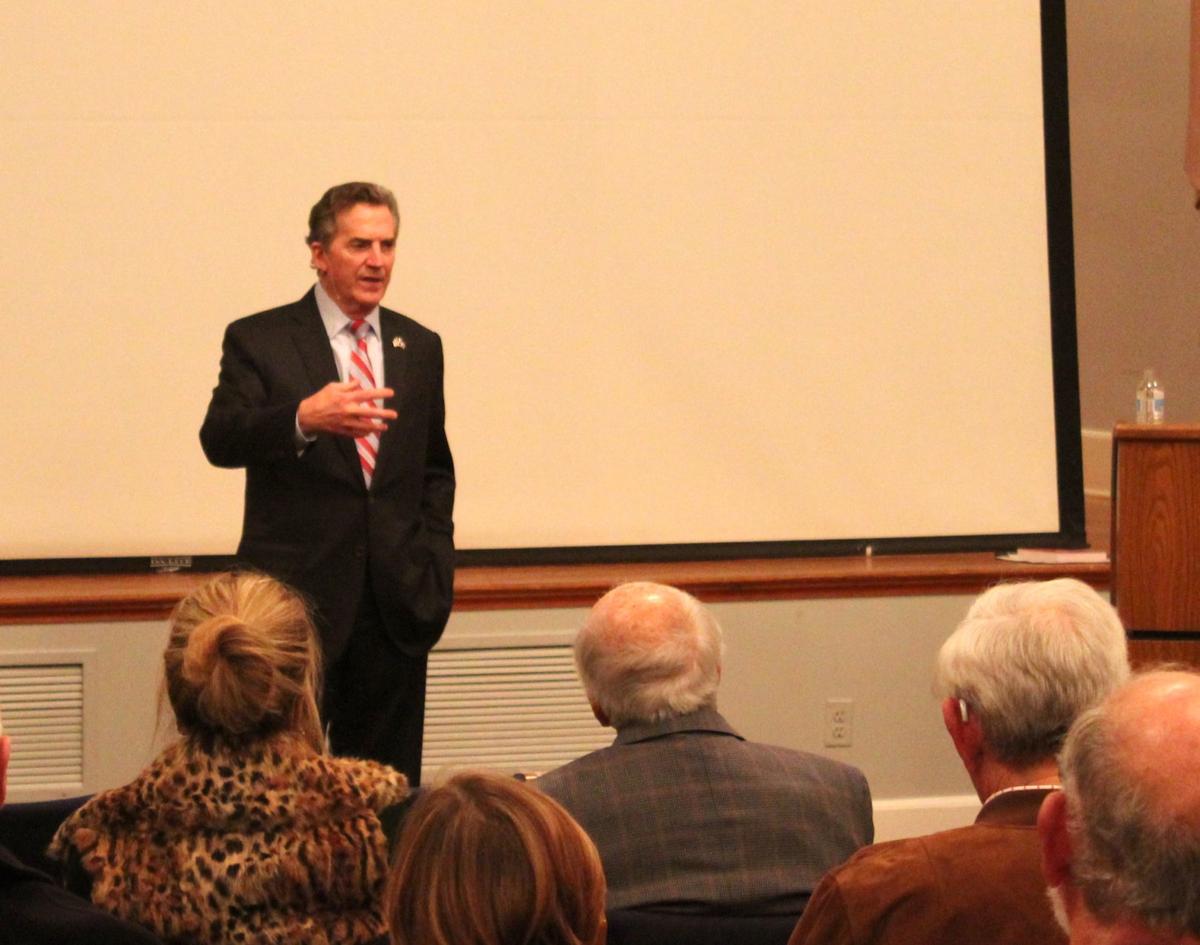 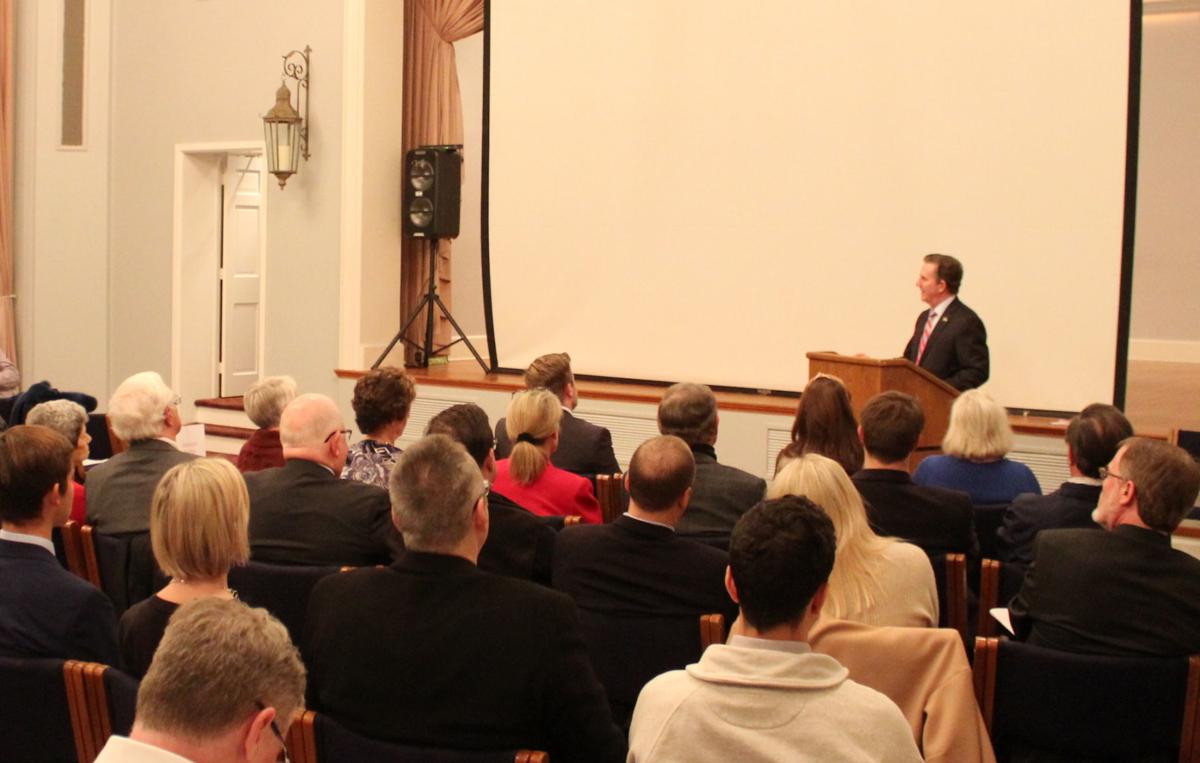 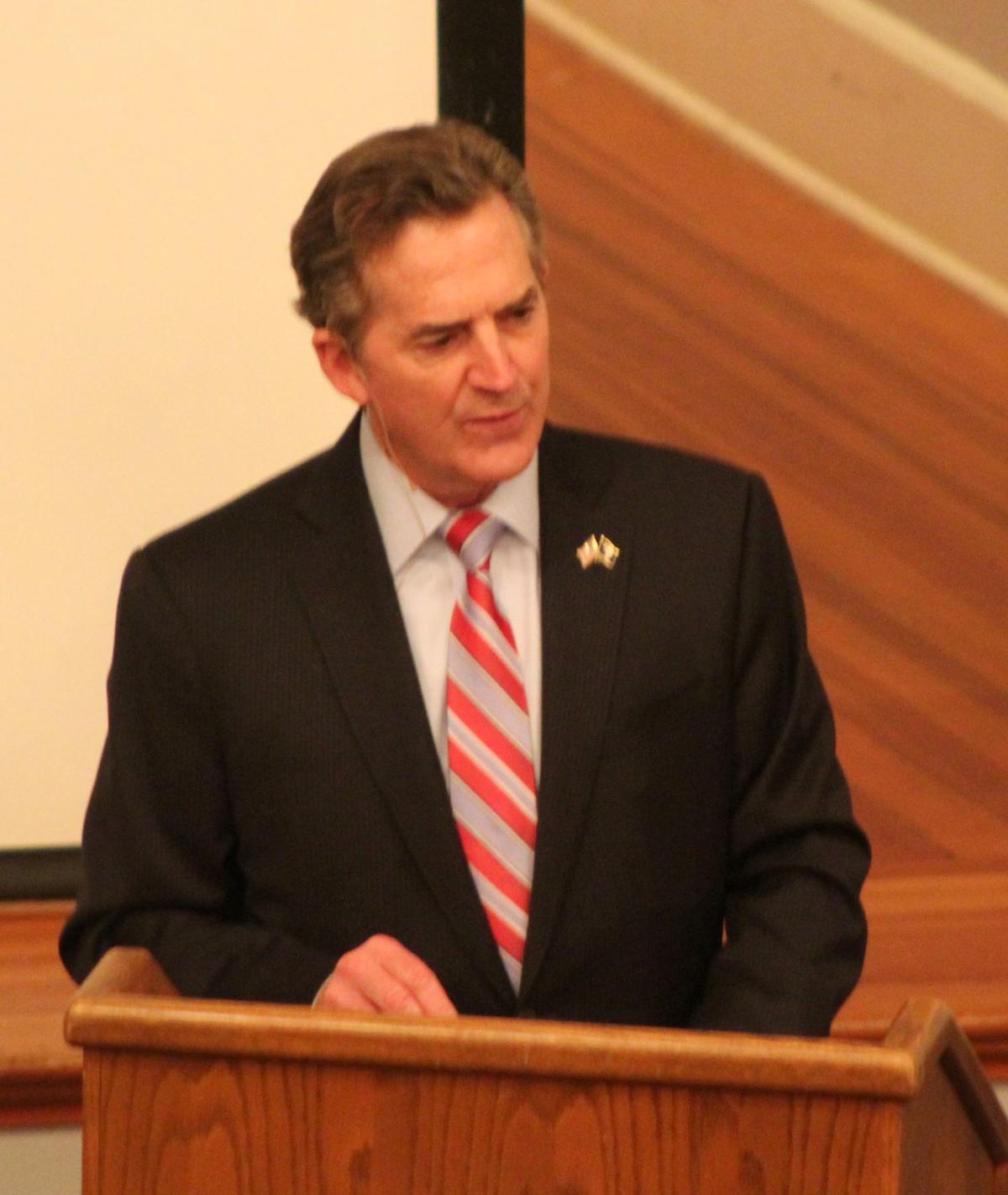 Washington College’s Institute for Religion, Politics and Culture hosted the speech given to about 60 people as part of the second installment of “The Annual Os Guinness Lecture” at the Prager Family Auditorium on South Washington Street.

DeMint served in Congress for 14 years and is the former president of the Heritage Foundation and the chairman of the Conservative Partnership Institute in Washington, D.C.

DeMint focused on themes he promoted throughout his political career and addressed further in a new book, “Conservative: Knowing what to Keep.”

By his definition, conservatives are those who look at what has worked before and then promote that course of action going forward. He said five key institutions are “under attack”: religion and Christianity, marriage, the free market economy, civil society and the Constitution.

DeMint heads the Conservative Partnership Institute in Washington, D.C., a group with a mission to put good leaders into positions of power and influence, and help them when they are there.

“Young conservatives must compete, to fight for what works. It’s the only hope we have to win,” DeMint said. “Think for yourself; be independent. You’ll see for yourself from your own experience and reading history what we need to keep.”

“We’re really all conservatives individually, because we all want to keep those things that matter to us,” he said.

“If you’re serious about discovering the truth,” DeMint said, “you’ll find that what America really needs is just to keep America: our diverse people, our amazing culture, our freedom and all our rich traditions.

“You’ll find what we need to change is the way that our government for decades has been interfering in what makes life better for everyone.”

The Institute for Religion, Politics and Culture is directed by Washington College political science professor Joseph Prud’homme, who led in its creation to challenge students to live up to the Institute’s motto of “Loyalty, Service, Study.” Prud’homme said he hopes to impress upon students the “virtues of moral action,” which he described as “unique and needed now more than ever.”

Dr. Charles Pinkett, a member of the clergy and an educator in Dorchester County, said DeMint’s remarks were “very informative and eye opening.”

Washington College senior Sean Harashack, who has been under Prud’homme’s tutelage since his freshman year, said DeMint’s speech “provided a lot of great insight about the political culture in Washington and the dynamics between members of Congress.”

Del. Johnny Mautz, R-37B-Talbot, applauded DeMint’s goal of developing quality and trustworthy staff members, calling on his experience in the Maryland General Assembly and as a staffer on Capitol Hill to observe how much lawmakers must rely on those in their office to help them best perform their jobs during busy legislative sessions.