Hundreds of National Guard troops hold inside the Capitol Visitor’s Center to reinforce security at the Capitol in Washington, Wednesday, Jan. 13, 2021. The House of Representatives is pursuing an article of impeachment against President Donald Trump for his role in inciting an angry mob to storm the Capitol last week. (AP Photo/J. Scott Applewhite) 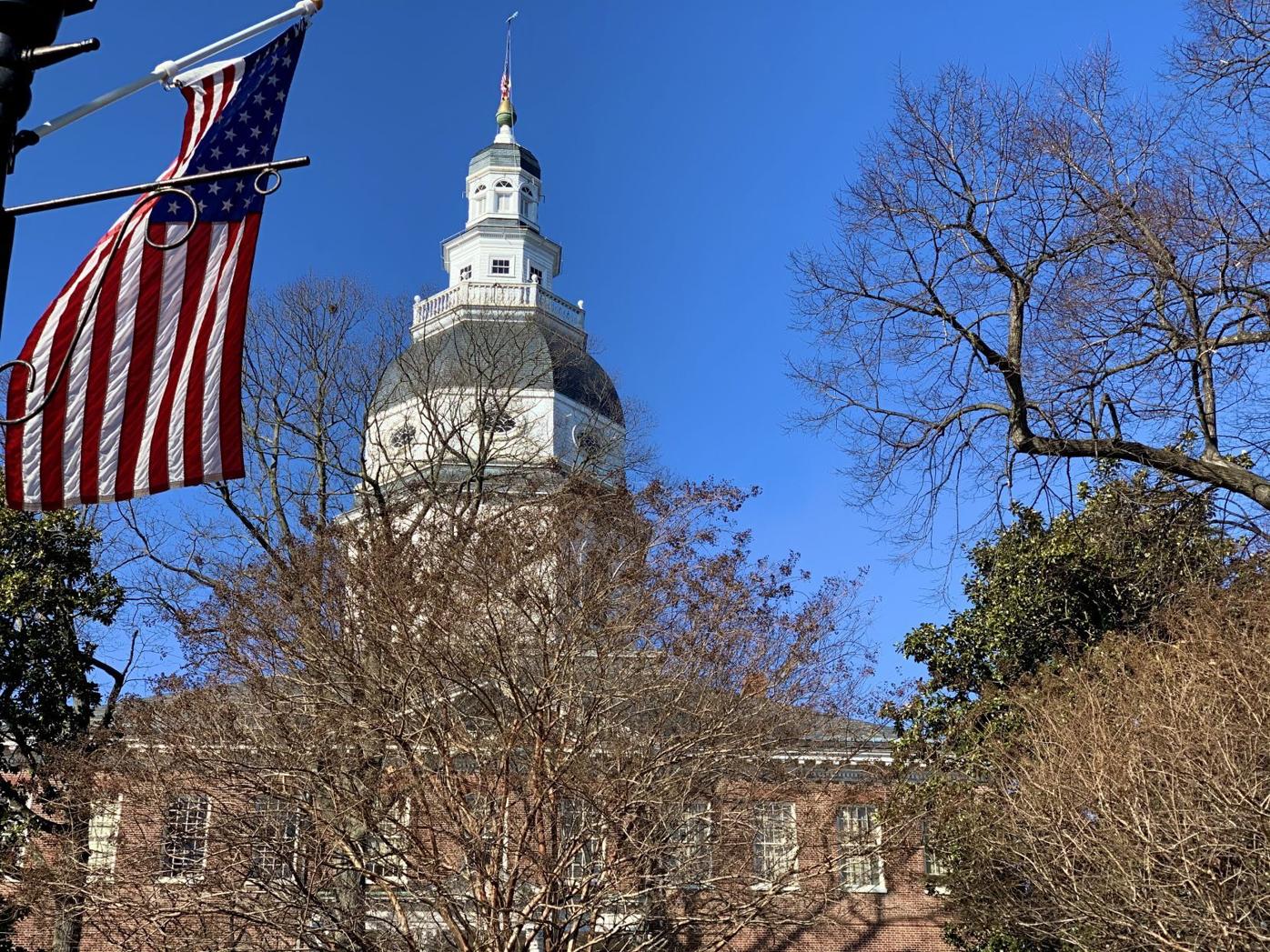 President Donald Trump speaks to the media before boarding Marine One on the South Lawn of the White House on Tuesday, Jan. 12, the eve of his second impeachment.

Hundreds of National Guard troops hold inside the Capitol Visitor’s Center to reinforce security at the Capitol in Washington, Wednesday, Jan. 13, 2021. The House of Representatives is pursuing an article of impeachment against President Donald Trump for his role in inciting an angry mob to storm the Capitol last week. (AP Photo/J. Scott Applewhite)

President Donald Trump speaks to the media before boarding Marine One on the South Lawn of the White House on Tuesday, Jan. 12, the eve of his second impeachment.

ANNAPOLIS — As Donald Trump’s presidency comes to an end, lawmakers at all levels are split on what should be done in response to his supporters’ riot at the U.S. Capitol on Jan. 6. Maryland Sen. Steve Hershey and Del. Johnny Mautz are ready to turn the page.

Both Hershey and Mautz, Republicans representing Eastern Shore districts in Annapolis, agree that to impeach and remove Trump from office with just days left in his presidency would fan the flames of division that got the nation to this point.

Pushing for those measures, Hershey told The Star Democrat, “undermines the efforts to ensure a peaceful transfer of power” as President-elect Joe Biden prepares to move into the White House on Jan. 20.

While there appears to be a consensus among lawmakers that Trump played a role in his supporters’ attack on Congress on Jan. 6 as the election was being certified for Biden, proponents for recourse against Trump are facing some pushback.

Maryland Rep. Andy Harris, an Eastern Shore conservative, has vocally opposed impeachment. Harris voted against a resolution in the U.S. House of Representatives on Wednesday that sought to push Vice President Mike Pence to invoke the 25th Amendment for Trump’s removal.

The measure passed the House in a 223-205 vote on Wednesday morning. Only one Republican, a representative from Illinois, voted in favor of the resolution.

Ahead of the vote on Tuesday evening, Pence wrote a letter to House Speaker Nancy Pelosi rejecting lawmakers’ calls for him to use the 25th Amendment to strip Trump of his powers. Pence said he would not “yield to efforts ... to play political games at a time so serious in the life of our Nation.”

“I do not believe such a course of action is in the best interest of our Nation and consistent with our Constitution,” Pence wrote. The vice president urged Pelosi and “every member of Congress to avoid actions that would further divide and inflame the passions of this moment.”

Hershey struck a similar chord to Pence in response to questions about his stance on the matter. “Given the pandemic and economic difficulties the country is currently facing, our congressional leaders should spend their time focused on recovery efforts rather than the hyper-partisan issues that have so recently divided us,” Hershey said.

The state senator denounced the violence that played out in Washington last week. He said he celebrates Americans’ right to protest peacefully, but “this cannot and should not devolve into violence.”

Hershey called Trump supporters’ breach of the Capitol an “attack on the sacred ground of our Republic and the men and women charged to protect it.”

Mautz compared the riot to the “Black Lives Matter” protests that took place in Washington and across the country over the summer of 2020. “It was heartbreaking, just like it was heartbreaking to see all the rioting and violence throughout the summer,” Mautz said.

“It’s hard to fathom. It’s hard to understand how this can go on,” he said. “It’s got to stop. You can’t loot, burn and trash, for any cause.

“It’s almost as if what happened over the summer set the stage for this new level of communicating. We’re a civil society. We can’t go around trashing things to solve problems.”

Mautz said the protesters’ message was lost in the chaos of what became a deadly riot last week. “Did mail-in ballots undermine the integrity of the election? That was the question,” he said.

“Of all the events that took place on (Jan. 6), that question was kind of lost and people weren’t even talking about that,” Mautz said. He called questions surrounding the security of mail ballots during the 2020 election “legitimate.”

Mautz didn’t attend the election-certification protest, but he said he knows people who did and he supports their right to speak freely about issues that matter to them.

When asked whether he supports Trump and the prospect of Trump running for president again in 2024, Mautz declined to say. “It’s hard to call who will be the nominee, who I’ll support and what will be the issues we’re trying to overcome at that time,” he said.

Of the push for Trump to be impeached or removed from office, Mautz said he’s going to “leave that to the federal” lawmakers to weigh in on, saying they’re “the ones who should speak to that.”

Maryland Rep. Jamie Raskin, D-Md.-8th, is leading the impeachment charge against Trump in the House for his “inciting an insurrection.” Maryland Senators Chris Van Hollen and Ben Cardin, both Democrats, have also voiced support for Trump’s impeachment and removal.

But Mautz, who was a staffer for the chairman of the U.S. House Judiciary Committee during the impeachment proceedings for former President Bill Clinton, said it’s “impossible” for Congress to complete an impeachment trial in the time that’s left of Trump’s presidency.

“I understand where the proponents (for impeachment) are angered and frustrated, but at the same time, doing this just to make a statement is only going to exacerbate the groups that have been divided within our country,” Mautz said.