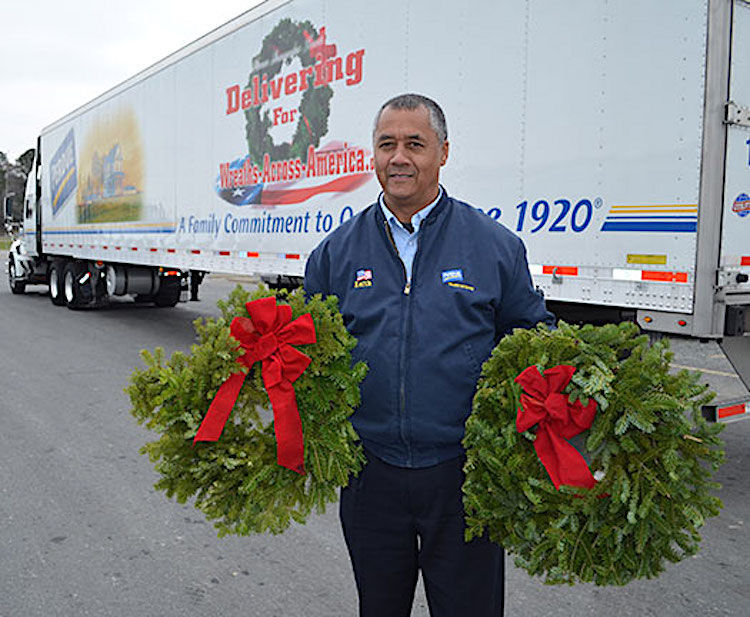 Perdue will deliver wreaths to the Eastern Shore Veterans Cemetery on Dec. 14. The effort to provide a wreath for every grave for National Wreaths Across America Day has achieved its goal. 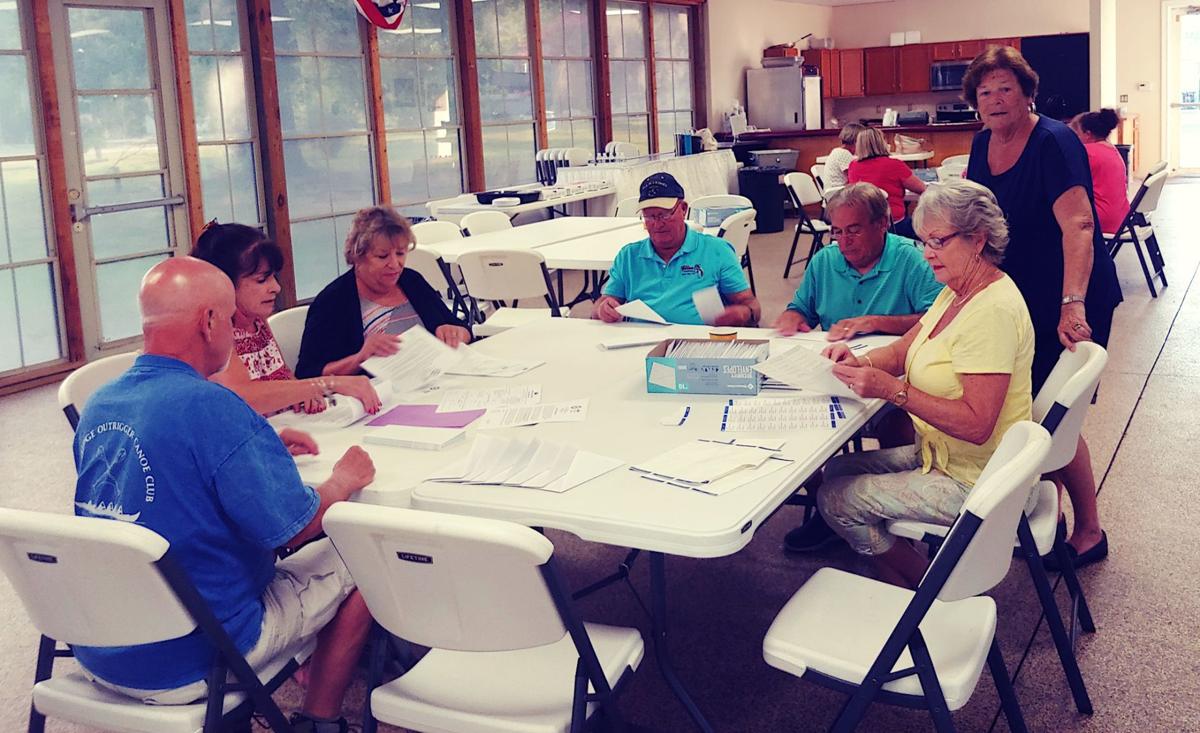 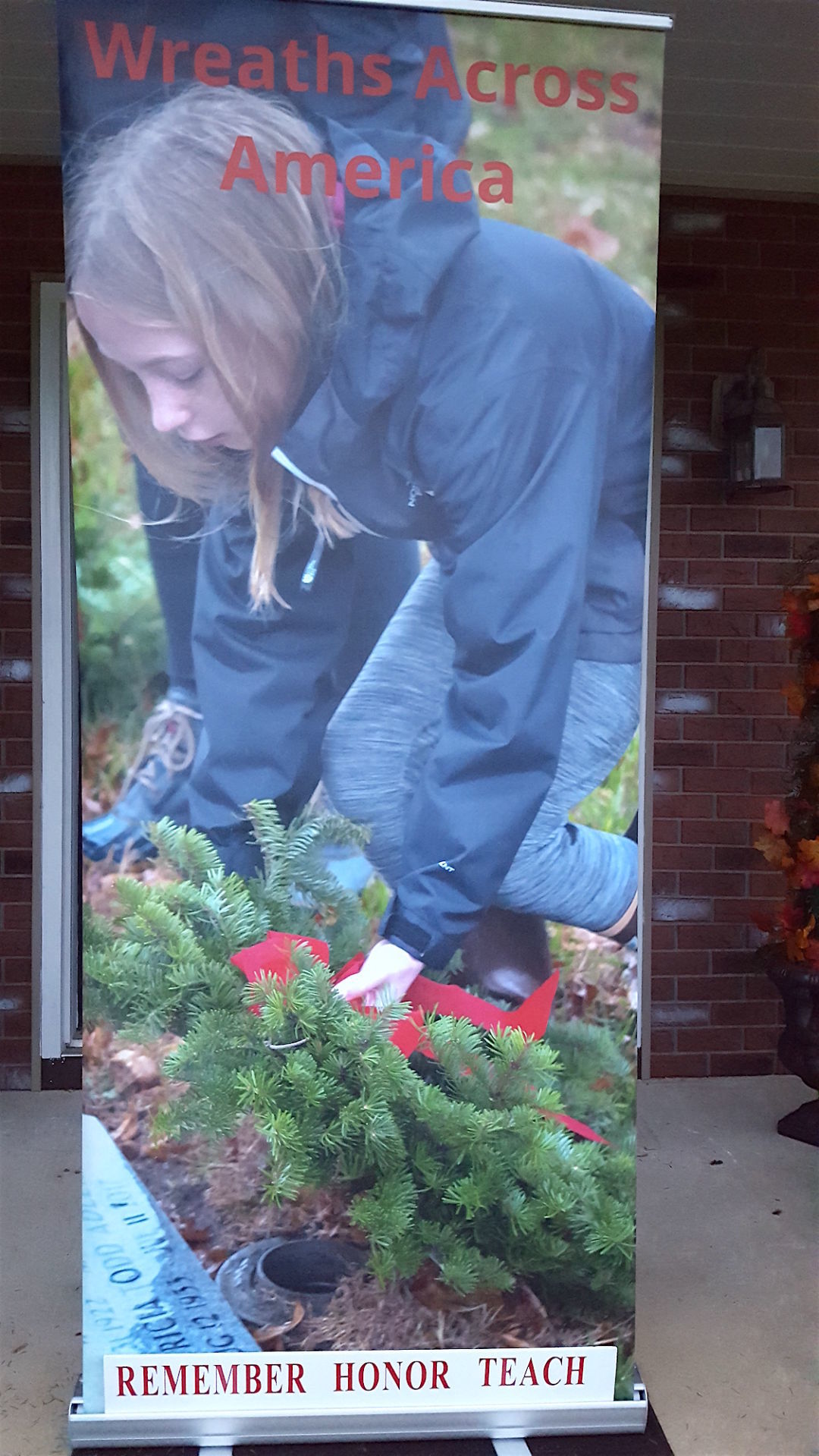 Shown on this banner, Morgan Powell, 11, places a wreath on her great-grandparents’ grave during the 2018 Wreaths Across America. Morgan is the daughter of Chris and Heather Powell of Hurlock.

Perdue will deliver wreaths to the Eastern Shore Veterans Cemetery on Dec. 14. The effort to provide a wreath for every grave for National Wreaths Across America Day has achieved its goal.

Shown on this banner, Morgan Powell, 11, places a wreath on her great-grandparents’ grave during the 2018 Wreaths Across America. Morgan is the daughter of Chris and Heather Powell of Hurlock.

QUEENSTOWN — The goal to provide a wreath for every grave at the Eastern Shore Veterans Cemetery in Hurlock during National Wreaths Across America Day, Dec. 14, has been reached for 2019.

“Last year was the first time the Eastern Shore Veterans Cemetery had a wreath on every grave. We have made our goal again — 7,900 wreaths to date with already a thousand or more that will carry over toward next year,” said Nola Willis, who led the effort on behalf of Benedict A. Andrew American Legion Auxiliary Unit 296 of Queenstown.

Robin Lanham of Chester is a member of the Queen Anne’s County Garden Club, co-chairman of Patriotic Programs for Federated Garden Clubs of Maryland District 1 and the chairman for the Wreaths Across America fundraiser.

“When you donate, you are honoring those who served,” Lanham said.

Lynn Riley, a member of Federalsburg VFW Post 5246 and Wreaths Across America location coordinator for the cemetery, said, “We would like to thank everyone who has been so generous to sponsor wreaths in order to make this such a great event. This will be the second year in a row of 100% coverage, and we can’t think of any better way to show our fallen heroes our gratitude for their sacrifices.”

“Two years in a row, we covered this cemetery. It took a lot of effort from all of us, but this was very important to all of us, and we are so proud of the work everyone has done,” Willis said. “Thanks to all for the support from our Benedict A. Andrew Post 296, Sons of the American Legion, Auxiliary and the community.

“Last year the Eastern Shore Veterans Cemetery was the only veterans cemetery to be fully covered. This is the least we could do for our veterans.”

Willis, Lanham and Riley all invited the community to come out to the cemetery, 6827 East New Market Ellwood Road, Hurlock, for a ceremony and the laying of wreaths on Wreaths Across America Day.

On Dec. 14, Perdue will deliver the wreaths to the cemetery at 9 a.m., Riley said. They will be escorted by the Dorchester County Sheriff’s Office, the Hurlock Volunteer Fire Department, Iron Legacy Motorcycle Club and the Hogs and Heroes Motocycle Club.

This is the first year for a ceremonial procession to the cemetery, and they are grateful to Purdue for making it happen, Riley said.

A short ceremony is planned at 10 a.m. in the chapel and will be followed by the laying of the wreaths. Wreaths also will be dedicated to the POW’s from each branch of the service.

Last year, volunteers placed wreaths on 7,350 graves. With more veterans dying every week, the number of graves increases each year.

The cemetery in Hurlock is one of five veterans cemeteries throughout Maryland where an eligible veteran may receive a burial plot for their final resting place, a grave liner, headstone and interment services at no expense. Many of the veterans buried there come from Queen Anne’s, Kent, Caroline, Talbot and Dorchester counties. It is the smallest of the state’s veterans cemeteries and the only one on the Eastern Shore.