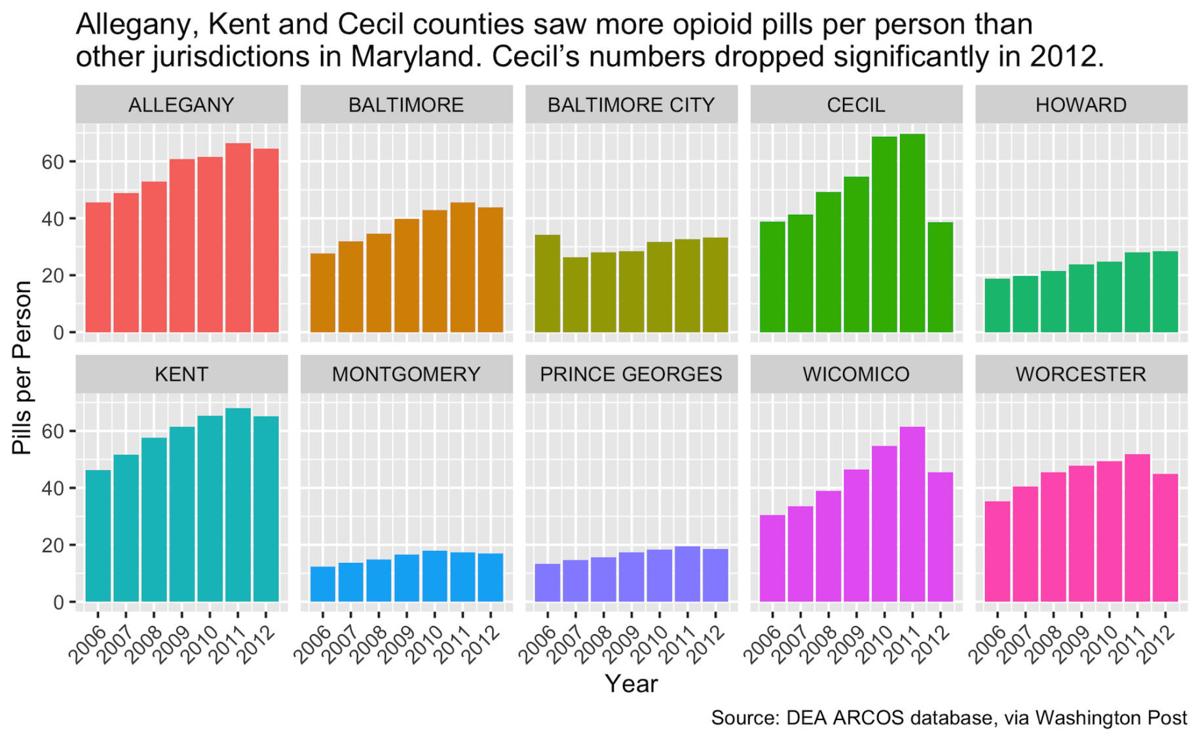 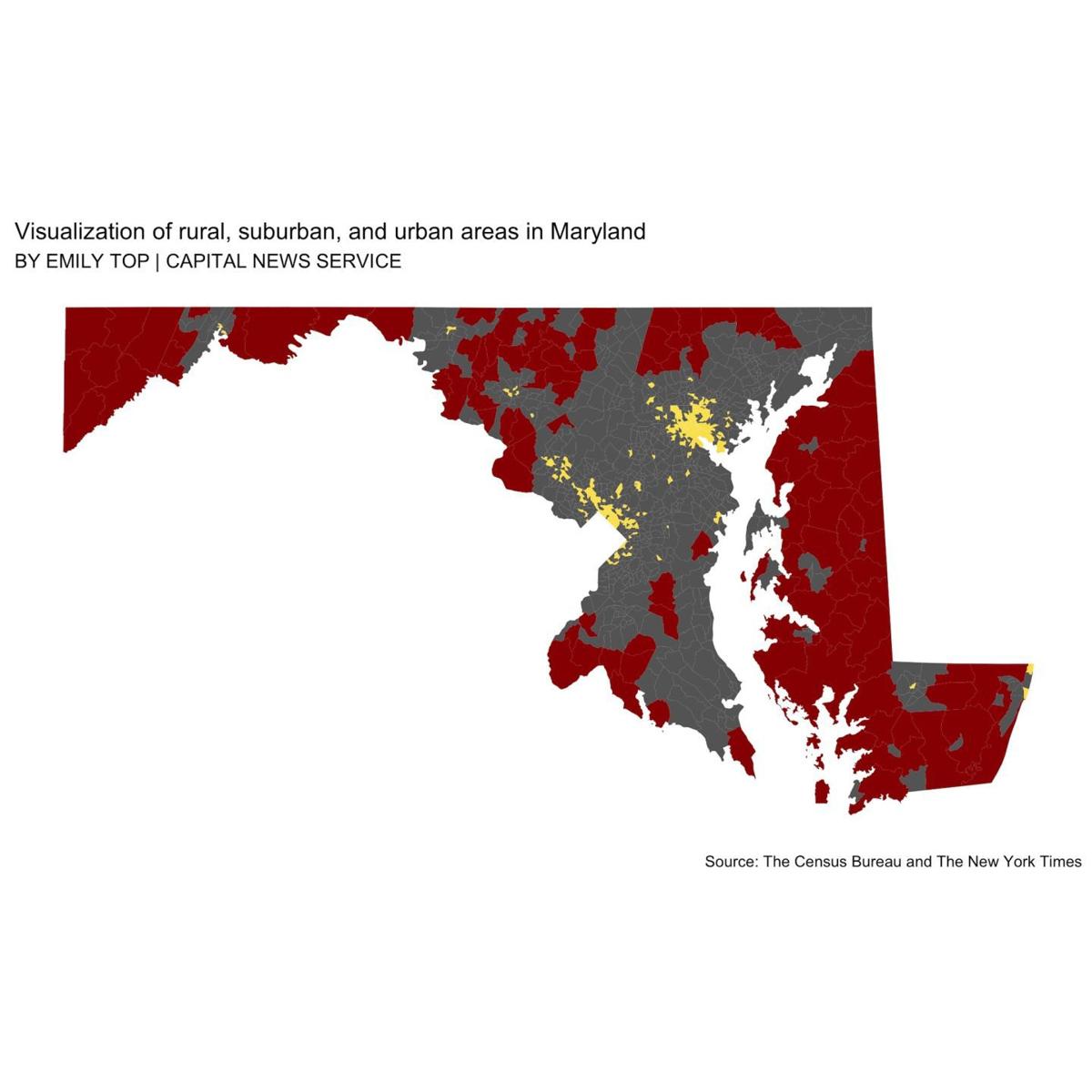 Between 2006 and 2012, Maryland saw a large influx of prescription opioids, more of which, per person, were sent to suburban areas of the state than the urban or rural areas, according to a Drug Enforcement Administration database published by The Washington Post.

Much of the rest of the nation also saw suburban areas hit harder than rural or urban areas, but Maryland saw fewer pills per person on average than across the nation.

Using The Washington Post’s Drug Enforcement Administration ARCOS database, Capital News Service found that counties on the Eastern Shore of Maryland, specifically Cecil and Kent counties, had some of the highest number of pills per person than other counties throughout the state. Cecil County led the state with 69.7 opioid pills per person in 2011, the highest number during this time period.

Data for later years was not available; the information provided was the result of a lawsuit by the Washington Post, which published it.

A census tract is an area that contains approximately 4,000 people, said David Kraiker, a data dissemination specialist, in a video published by the Census Bureau.

In the graphic, areas of Maryland considered rural are shown in red, suburban in gray, and urban in yellow, according to The New York Times census tract definitions.

Using these more specific definitions, suburban areas in Maryland had the highest number of pills per person on average between 2006 and 2012 — 61.1 compared to 45.0 in rural areas and 42.8 in urban areas.

Although it is not completely clear why non-urban areas had a higher number of pills per person in Maryland than urban areas, academics have found that medical standards may have led to an increase in prescribing.

Between 2006 and 2012, over 1.1 billion prescription opioid pills were supplied to the state, according to the DEA database.

Of these 1.1 billion pills, manufacturer SpecGx LLC was responsible for 549,303,798 pills, and McKesson Corp. distributed 384,635,325 prescription pills, according to the DEA data.

In May 2019, Maryland Attorney General Brian Frosh filed charges against the controlling owner-directors of Purdue Pharma.

In a May press release from the Attorney General, Frosh said, “The strategies allegedly used by Purdue and the Sacklers (the family members who own the company) were calculated, misleading, and extraordinarily effective.

“In Maryland alone, thousands have died, many more have become addicted, and the costs to our state and its people have been staggering.”

Frosh in September said he would decline to participate in a proposed national settlement agreement, according to the Baltimore Sun.

In a tweet on Dec. 17, Frosh said, “The Sackler family took more than $10 billion out of Purdue Pharma since 2007. That’s why we have refused (to) take the $3 billion they have offered to settle our charges against them and Purdue.”

Purdue Pharma manufactured 60,872,936 pills that were sent to Maryland, ranked fourth for manufacturers between 2006 and 2012, according to the DEA data set.

Despite the problems in the past, Pushkin said, “physicians are getting the message,” and numbers of opioid pills and prescriptions are going down in Maryland.

Maryland’s opioid command center has said prescription opioid-related deaths are declining. From 2016 to 2018, these deaths fell from 418 to 379. In the first six months of 2019, “the number of prescription opioid-related deaths was down 3.5% when compared to the same period in 2018,” a center representative wrote in an email to Capital News Service.

“(Opioid Use Disorder) does not discriminate on ethnic or geographic lines,” Chizmar said.