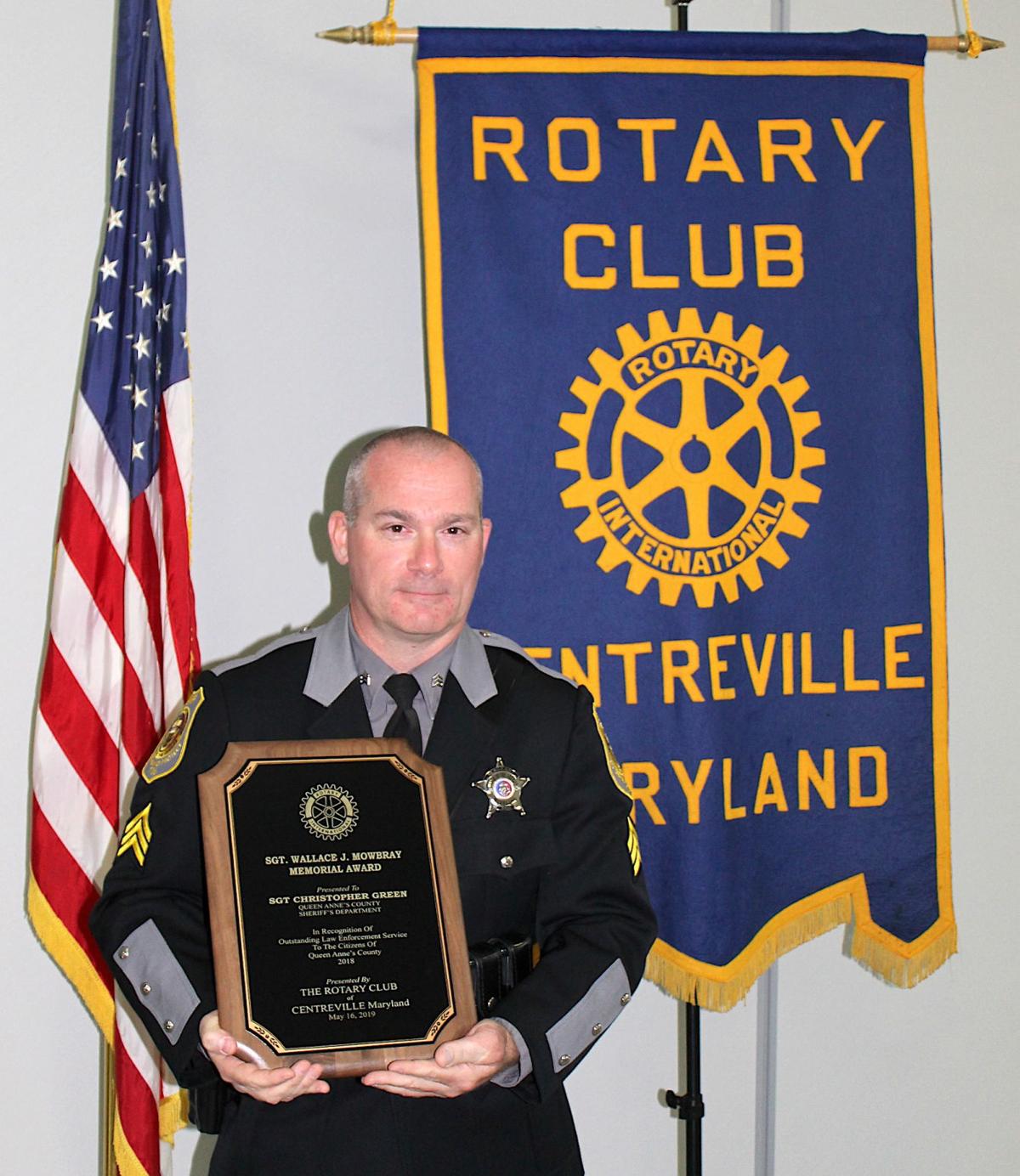 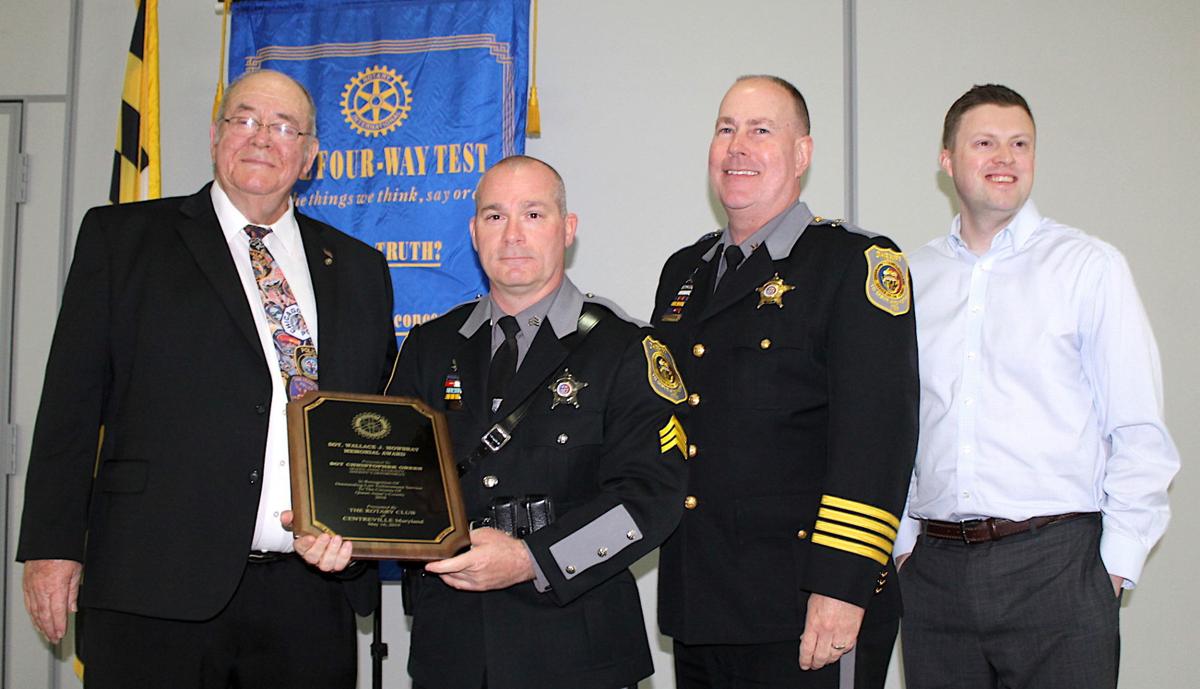 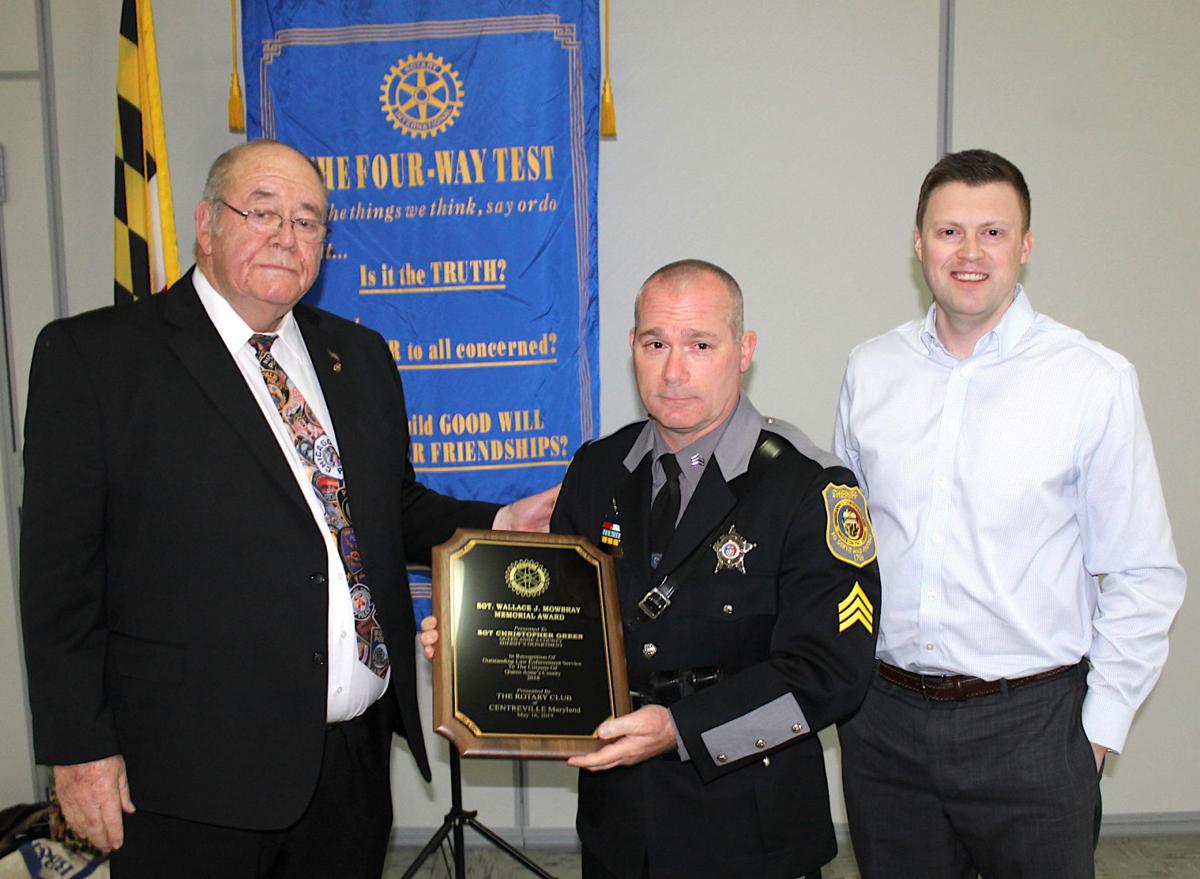 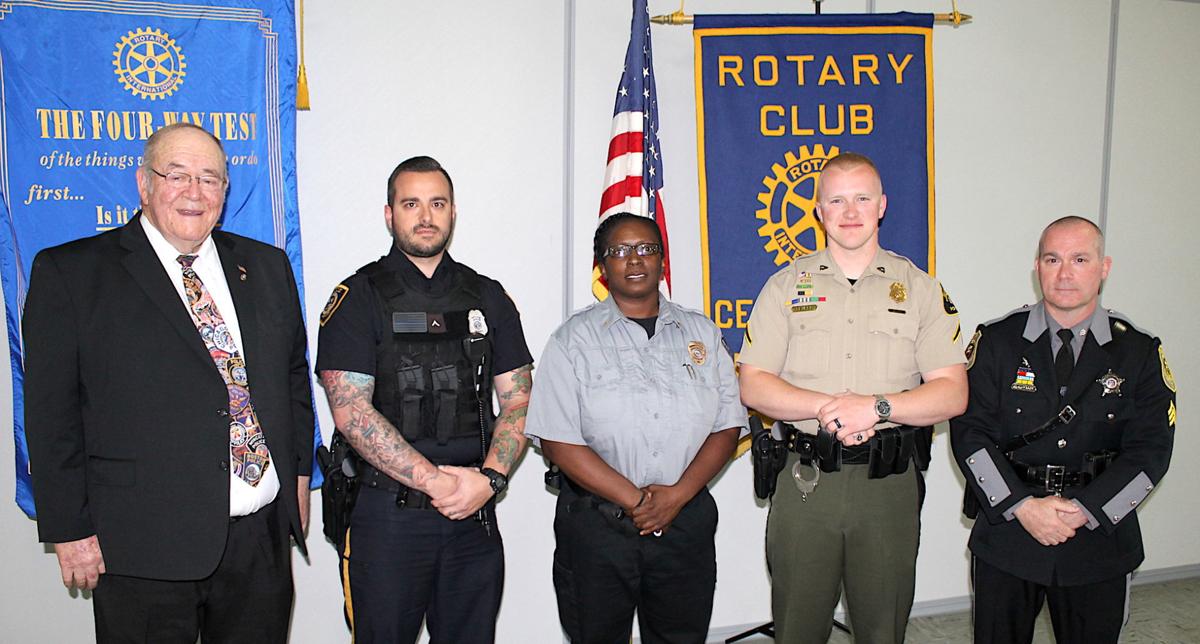 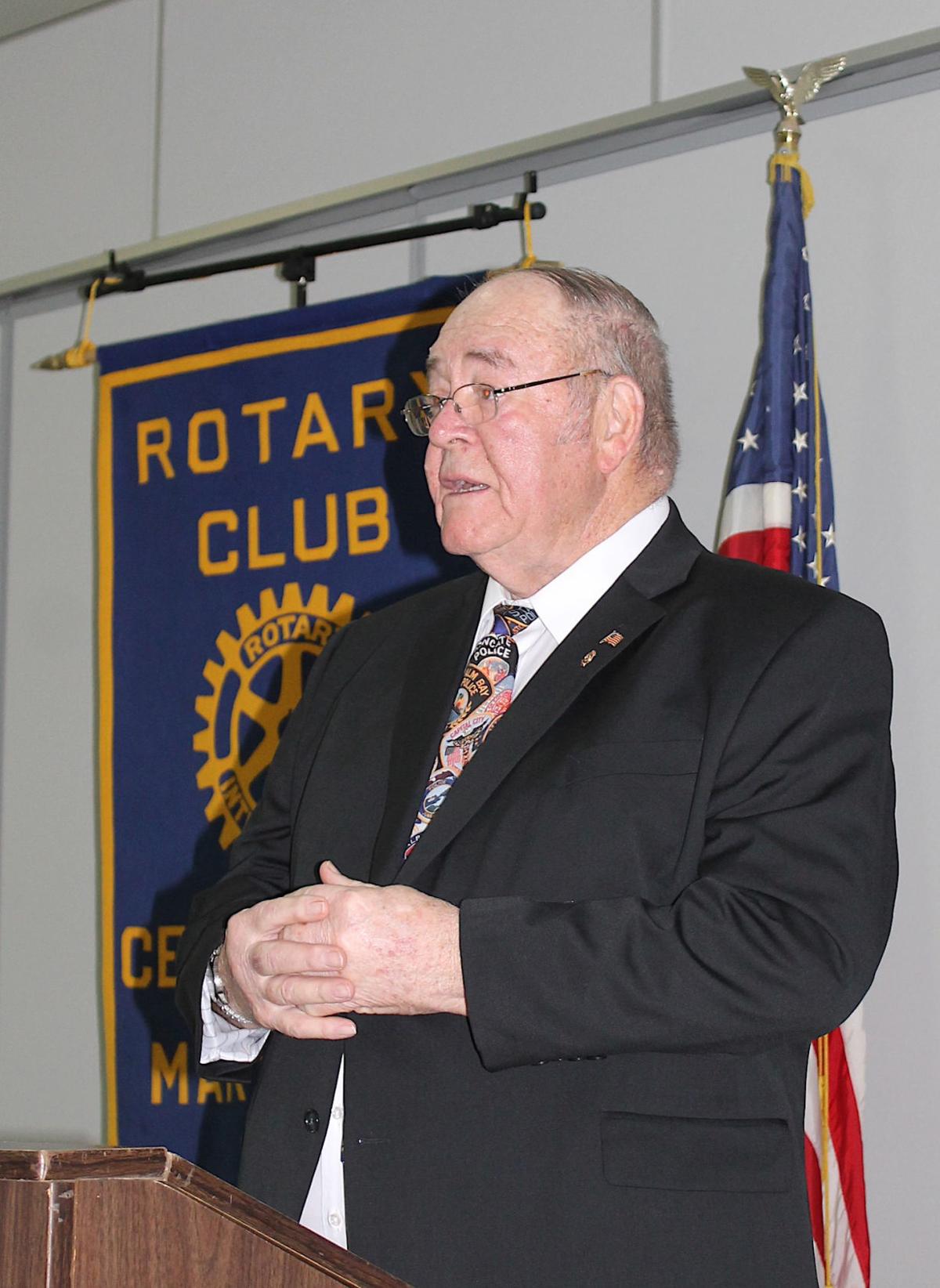 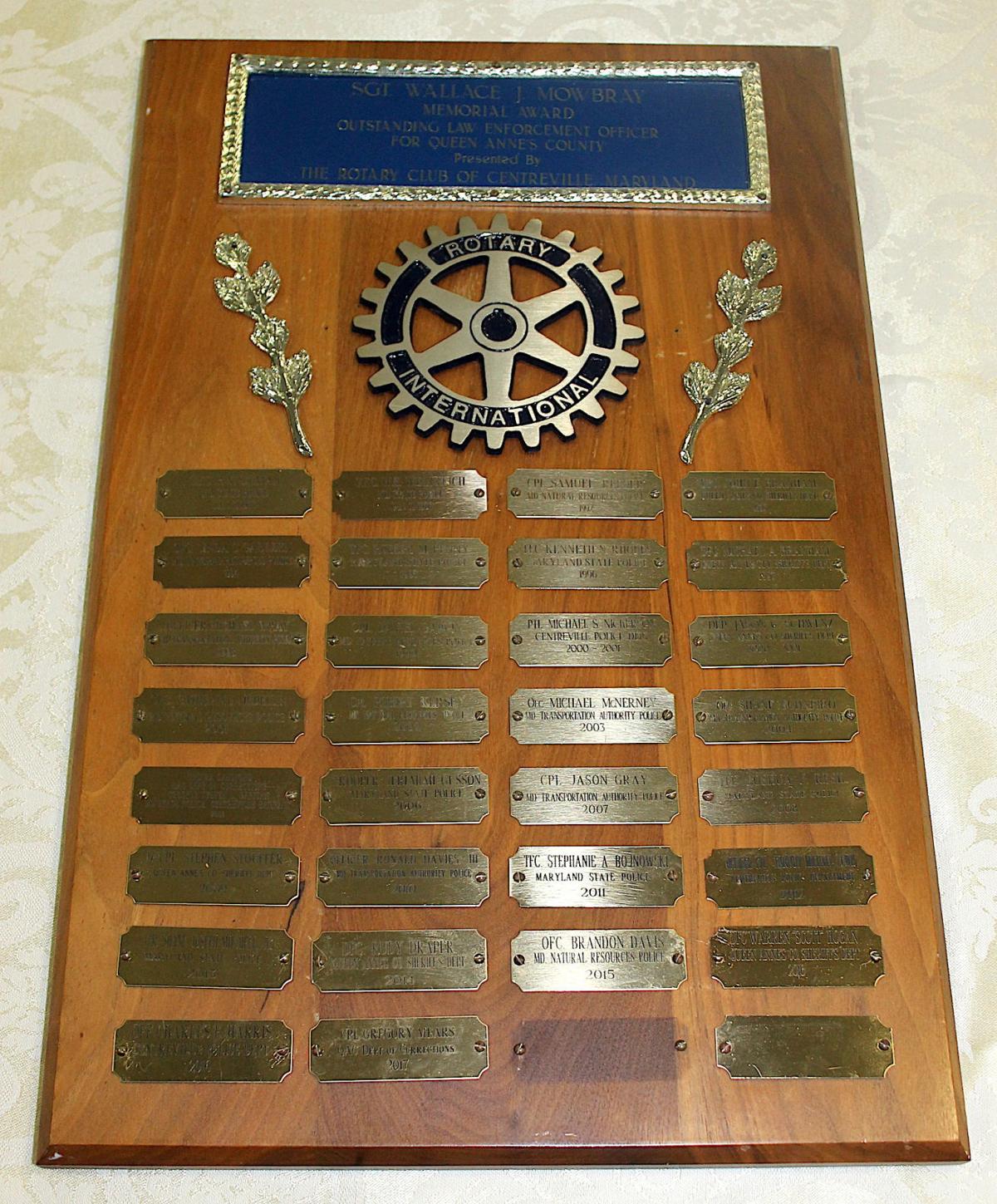 This Centreville Rotary Club plaque lists all 31 officers from Queen Anne’s County law enforcement who have received the Sgt. Wallace J. Mowbray Memorial Award for outstanding law enforcement service to the community. Sgt. Christopher Green will have his name added for the 2018 award. 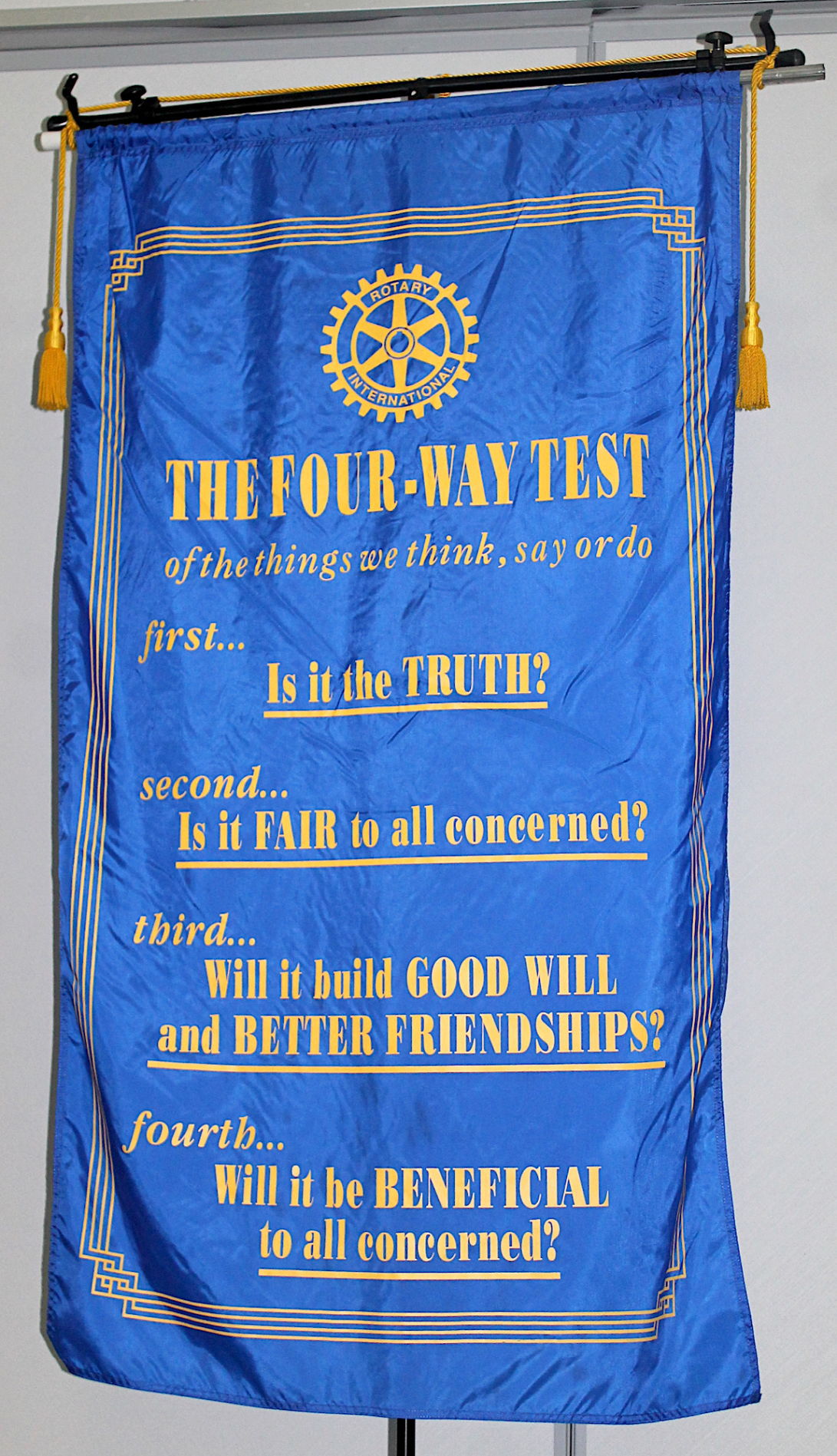 “The Four-Way Test” Rotarians learn to evaluate issues with is posted at all Rotary club meetings and events. It was present at the 29th Annual Wallace J. Mowbray Memorial Award breakfast and awards presentation, Thursday morning, May 16. The program was held at the Centreville UMC. 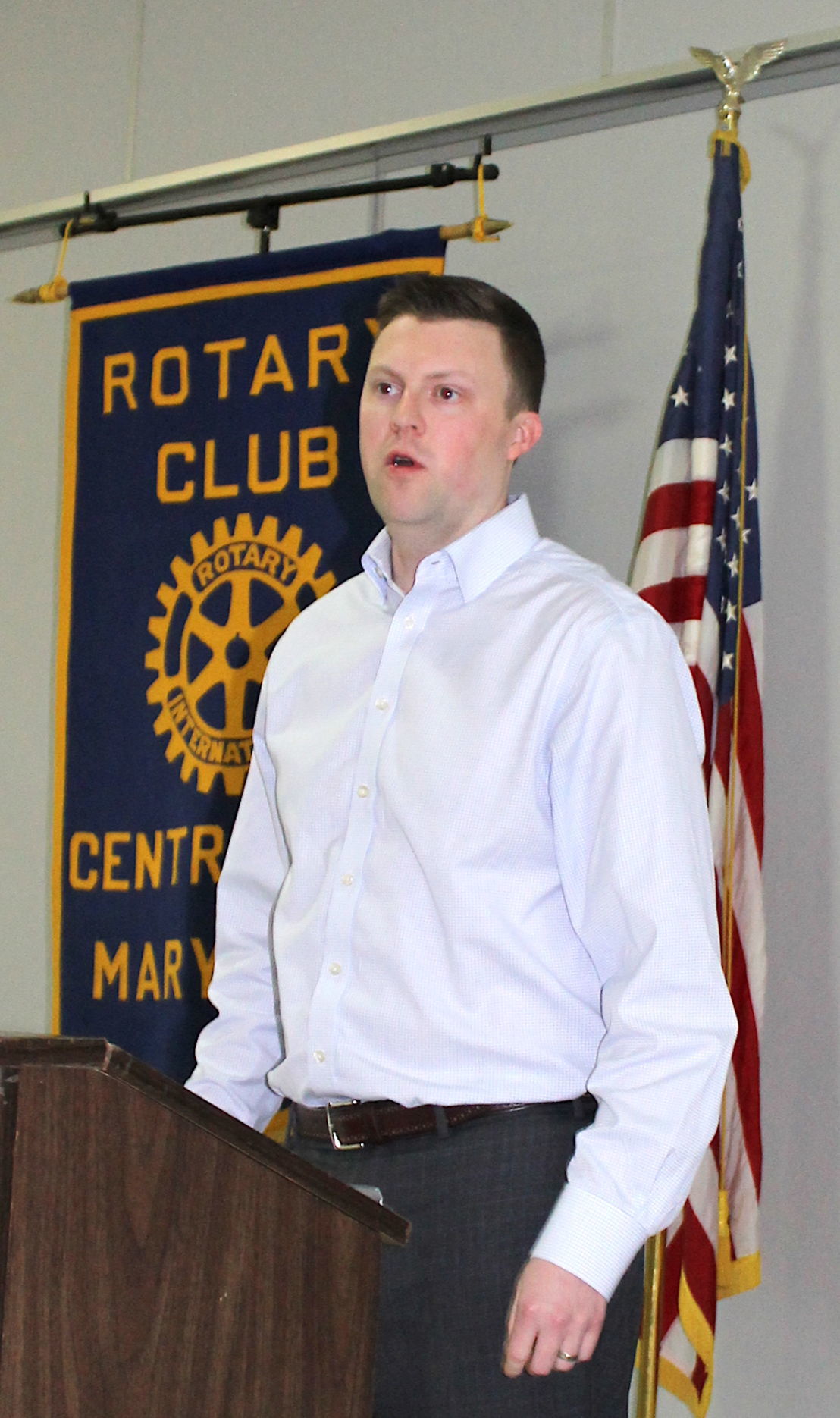 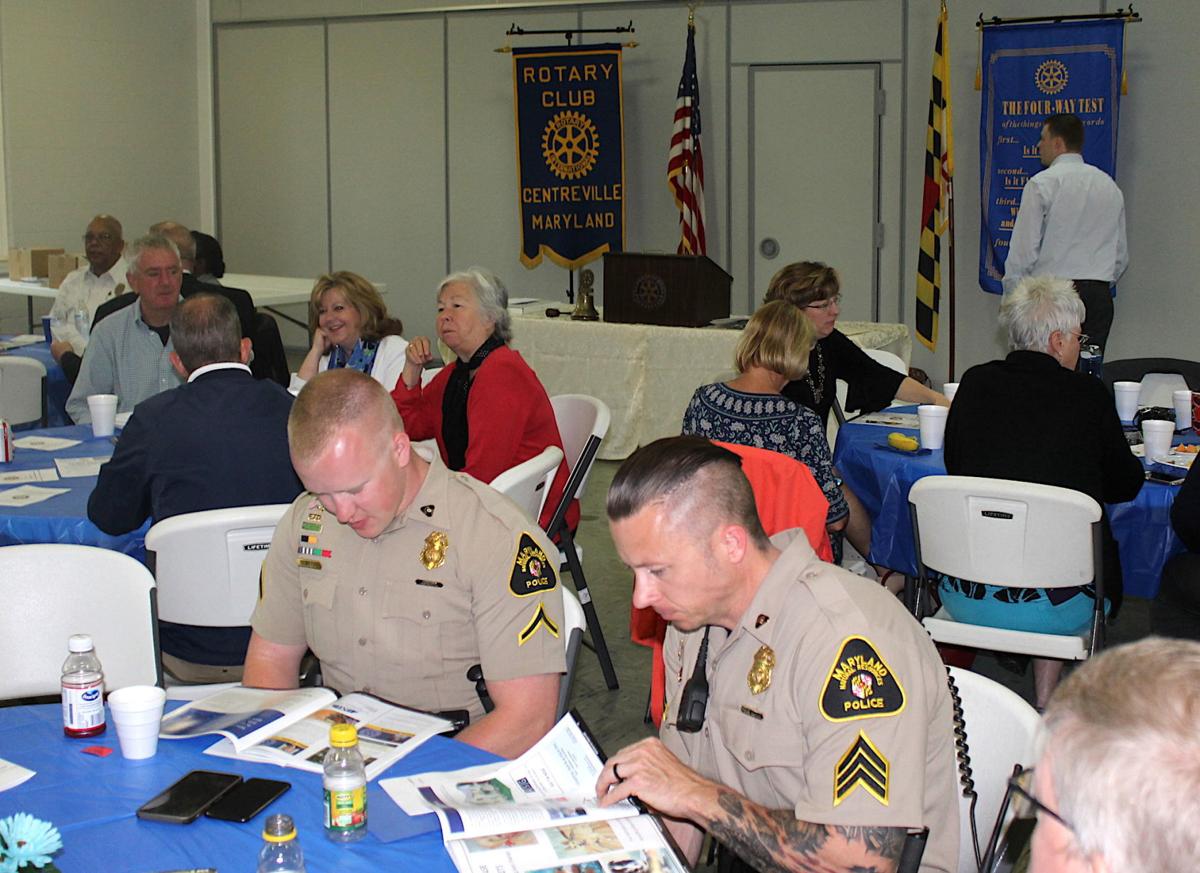 This Centreville Rotary Club plaque lists all 31 officers from Queen Anne’s County law enforcement who have received the Sgt. Wallace J. Mowbray Memorial Award for outstanding law enforcement service to the community. Sgt. Christopher Green will have his name added for the 2018 award.

“The Four-Way Test” Rotarians learn to evaluate issues with is posted at all Rotary club meetings and events. It was present at the 29th Annual Wallace J. Mowbray Memorial Award breakfast and awards presentation, Thursday morning, May 16. The program was held at the Centreville UMC.

Green and five other nominees were honored during a breakfast meeting Thursday, May 16, at the Centreville United Methodist Church.

Green was nominated by Queen Anne’s County Sheriff’s Office Patrol Commander Lt. E. Johnston. In his written recommendation for the award, Johnston spoke specifically about a call Green responded to at 9:22 p.m. June 7, 2018, in Chestertown, in northern Queen Anne’s County. It followed a 911 hang up. A man had severely beaten his wife. The man then took a .45 caliber handgun and proceeded to kill his stepson in front of his wife, the boy’s mother. The wife ran outside their house as Green arrived. Green secured the woman and reported what was taking place to other officers via radio before they arrived. The man came outside the house, gun pointed at his own head as he ran into an outdoor shed, closing the door behind him. As other officers stood watch over the shed, Green discovered the woman’s son was dead at the scene inside the house. He had the woman taken for treatment to a medical facility. The man in the shed eventually killed himself with his own gun.

The Rotary Club commended Green for his courage and professionalism. Sheriff Gary Hofmann was present at the award program to congratulate Green.

The program has been in existence since 1976 and the Officer of the Year’s name engraved and added to a plaque that hangs in the courthouse in Centreville. The award is named for MSP Sgt. Wallace J. Mowbray, who was murdered in 1975 while investigating suspicious criminal activity.

Narrowing the choice down to just one individual is not an easy task, said Harold Reece, Rotary member and retired Maryland State Police trooper, who served as master of ceremonies.

Centreville Rotary President Justin Smith welcomed all who attended. After the Pledge of Allegiance, Reece offered a blessing on the food and the occasion.

Reese explained how the award was created in memory of Mowbray, who died in the line of duty while checking out an attempted robbery in Chester in the mid-1970s.

In recent years, the Centreville Rotary Club has held the breakfast award program during National Law Enforcement Week. There were more than 34,000 people in attendance in Washington, D.C. for this year’s celebration, which was Wednesday, May 15.

All of the nominees from Queen Anne’s County law enforcement divisions were called forward and recognized. Finally, Green was recognized as the Mowbray Award recipient for 2018.