A sketch of the front of the proposed clubhouse for Four Seasons at Kent Island.

A sketch of the rear view of the proposed Four Seasons clubhouse, as seen from the river. 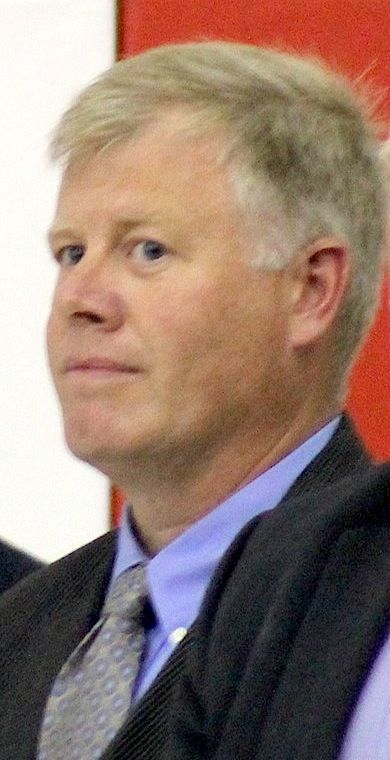 A sketch of the front of the proposed clubhouse for Four Seasons at Kent Island.

A sketch of the rear view of the proposed Four Seasons clubhouse, as seen from the river.

Before voting, the Planning Commission debated at length the adequacy of the stormwater management design. Leigh, a biologist and former Chester Riverkeeper, questioned the system’s ability to protect water quality when key components of the system could become inundated by sea level rise and storm surges.

“First, we believe, and will argue on appeal, that existing County regulations prohibit developments that will increase stormwater pollution or otherwise damage public health, safety, and welfare. Four Seasons Phase 2 should not be approved when it employs a SWM system that admittedly won’t function properly to reduce pollution as sea level rises (twice as fast in our area as globally).

“Second, and this is the larger point, since at least 2008 the State has been telling counties and municipalities to plan for sea level rise, and since early 2016 Queen Anne’s County has been in possession of a State-mandated ‘assessment.’”

“To say at this point in time that we can build massive residential developments on our shorelines and ignore what sea level rise means for these projects and for the environment — that’s simply unacceptable. It’s a dereliction of duty and we intend to oppose it vigorously,” he said.

The development for seniors 55 and older, was first proposed more than 20 years ago and has faced numerous legal battles. Phase one is currently under construction, and 39 families have already moved in. Phase one includes 106 single-family lots and 56 condominiums in four buildings between Castle Marina Road and Macum Creek in Chester.

QACA and Foley et. al. also appealed the approval of phase one in 2016, but the Board of Appeals upheld the approval.

Falstad said at the time, “… if and when approvals are sought for additional units, we and other opponents of Four Seasons will have the opportunity to renew our objections in a more favorable environment — i.e. one in which the vulnerability of Kent Island to traffic congestion and sea level rise will be more apparent, as will be the ugly inappropriateness of the condo units when they are actually built.”

The phase two subdivision approval is for 179 single-family lots, 70 condominiums in five buildings and a 26,566 square-foot clubhouse with accessory structures and recreational amenities.

More than 120 people packed the meeting room at the beginning of the Four Seasons presentation Nov. 14, many wearing T-shirts and stickers that read, “I Support K. Hovnanian’s Four Seasons.” Planning Commission Chairman Jeffrey Reiss said 40 people had signed up to speak, but only 22 did. Of those, two spoke against the project — one was Falstad.

No hearing has yet been scheduled before the Board of Appeals, said Cathy Maxwell , Appeals Board clerk, Monday, Dec. 16. The hearing will take place sometime after the first of the new year.