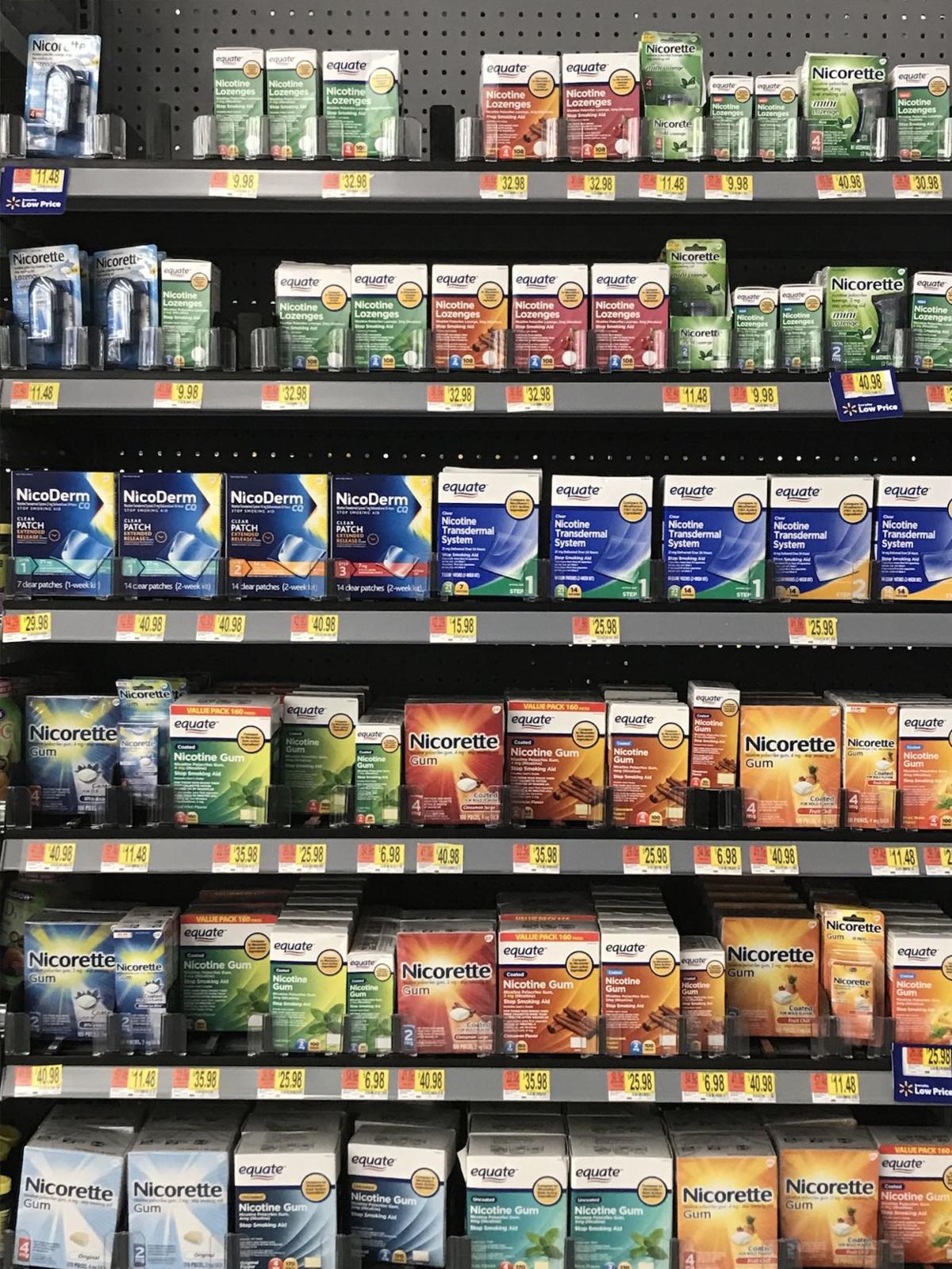 Area stores like Walgreens and CVS expect to see an increase in sales of smoking cessation products in light of the implementation of the “T21” law that took effect Tuesday, Oct. 1 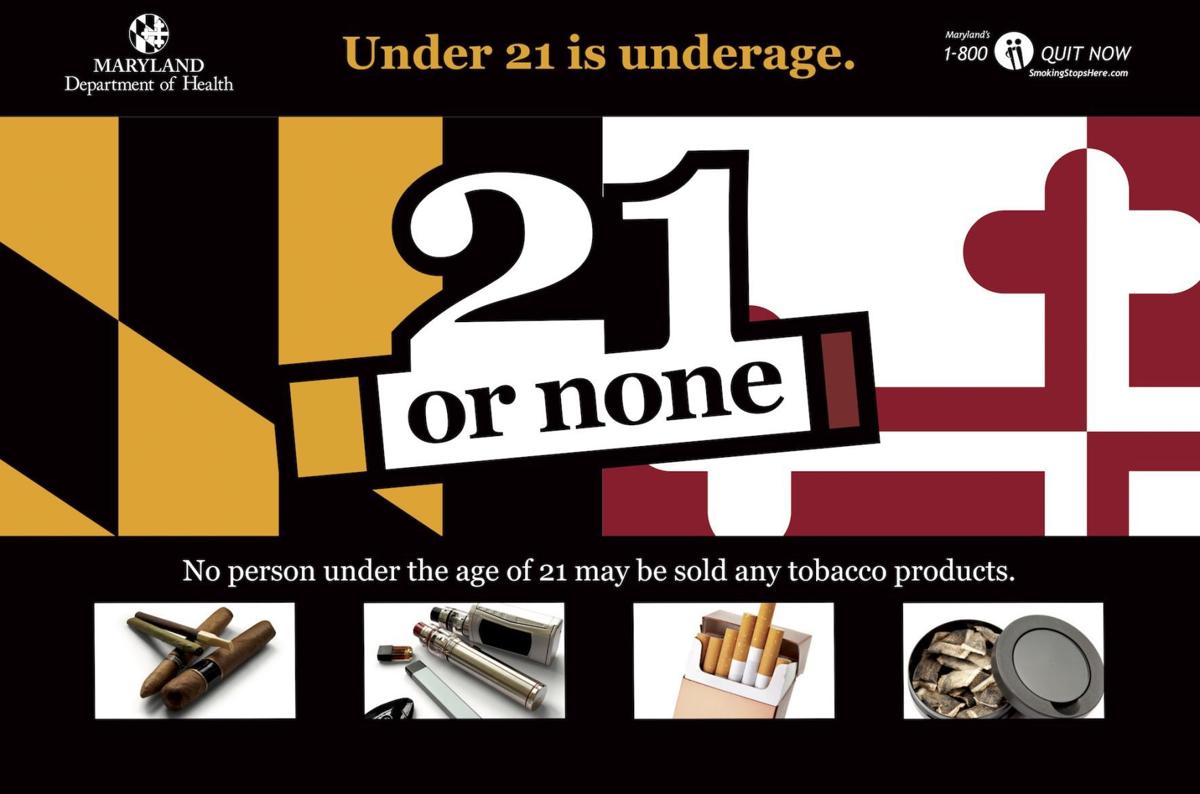 Area stores like Walgreens and CVS expect to see an increase in sales of smoking cessation products in light of the implementation of the “T21” law that took effect Tuesday, Oct. 1

CENTREVILLE — Following the signing of the “T21” law by Gov. Larry Hogan on May 13, the new age to purchase tobacco products from 18 to 21 took effect Tuesday, Oct. 1, across Maryland.

In a surprise move, the legislation was pushed by many large tobacco manufacturers and was part of a series of health care related bills presented to Hogan for his signature. Locally, retailers are already scheduled for training on the implementation of the law from traditional tobacco product retailers to vape shops.

According to Maggie Thomas, director of Addiction and Prevention Services for the Queen Anne’s County Department of Health, the state estimates that 255,000 residents will fall into this age range and be restricted from purchasing tobacco products.

Data from the 2010 Census report approximates 1,600 residents in Queen Anne’s County could be impacted by the new law.

“Queen Anne’s County currently has 61 licensed tobacco retailers, and this law is focused on supporting the youth to not start smoking,” said Thomas. “The retailers will be charged fines for each incident of selling to minors, the amount charged increasing with each subsequent violation. Change for any age can be difficult, our county is focused on supporting our residents make healthy choices.”

Thomas added that part of changing habits is getting the support one needs to make those changes. For their part, the agency’s Alcohol and Drug Abuse Services provides free smoking cessation products for those who need more support.

“The goal is to not have the youth start using tobacco, and prevention is key. Once a person stops smoking, each day their body repairs itself, and those individuals are able to lead a more active lifestyle,” said Thomas.

Goqr Ahmad, a clerk at the 7-11 convenient store on Centreville Road in Centreville, said the new law could negatively impact tobacco sales only slightly, but supports the move.

“I do think it’s a good thing that people will have to wait till 21 years old to buy (tobacco), but people will try to buy cigarettes illegally, and they have to get it from somewhere,” said Ahmad.

Tanveer Malik, manager of the Xtra Mart convenient store in Chester, also supports the legislation and said he does not expect much of impact given his customer base is already an older demographic.

“The stores near colleges and schools are the ones mostly impacted. This is definitely going to have a (positive) impact on underage smoking. Although younger smokers aren’t really my clientele, I’ve already told my employees to be more vigilant about not selling to minors,” said Malik.

For vape shops, the new law also represents a potential impact on their customer base.

Keith Hutchins, owner of Vape Bird, which has locations in Centreville and Stevensville, will abide by the law and all signage required to indicate the new legal age for customers, but was critical of recent legislation aimed at vaping establishments.

“We feel that the flavor ban the law is trying to accomplish is unlawful because vaping is what got me off two packs a day,” Hutchins said. “We have met every Food and Drug Administration requirement and submitted each one of our flavor juices through the FDA to have them approved. We know that large tobacco is behind this because of bonds in each state where their sales dropped.”

According to Hutchins, states borrowed against these funds and are need of “big tobacco” sales to increase by hindering vaping vendors and the products for their devices.

Currently, at least 17 other states and 480 localities have raised the sales age to 21.