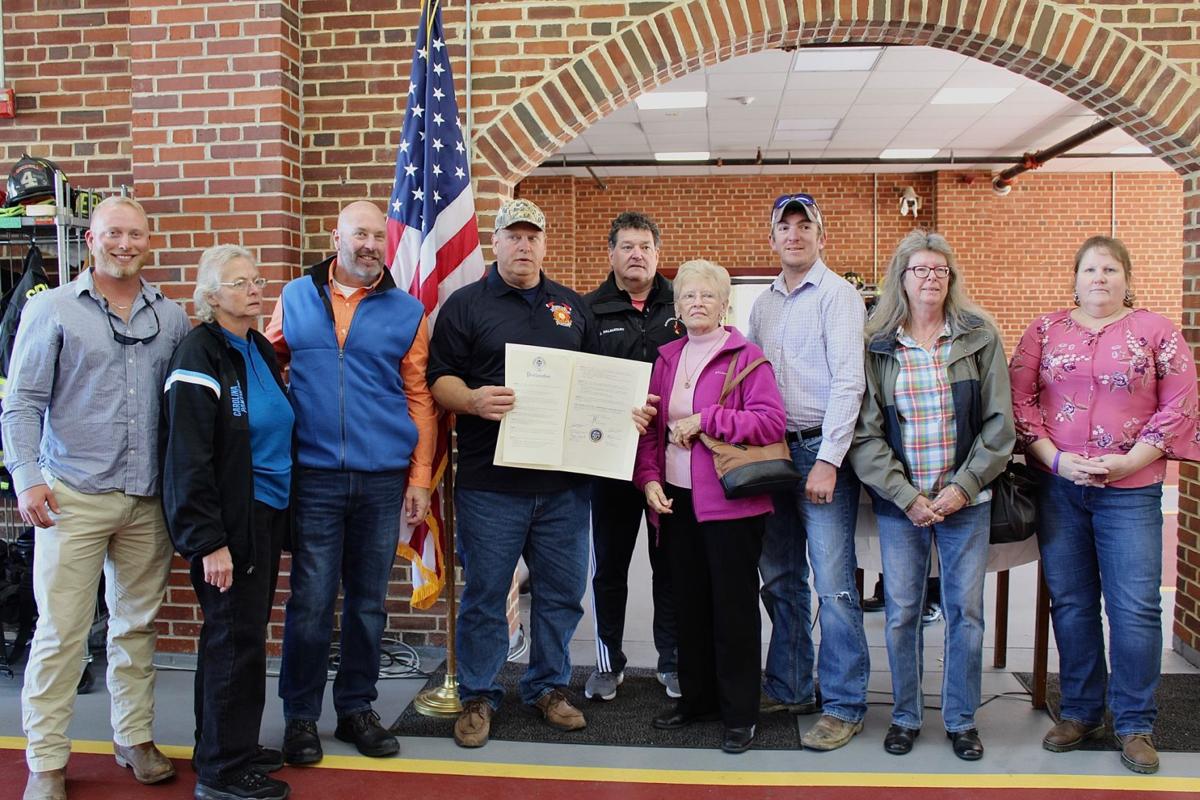 The Turner family is formally recognized for 400 combined years of service to Goodwill Fire Company during the 130th anniversary celebration on Saturday, Nov. 2. 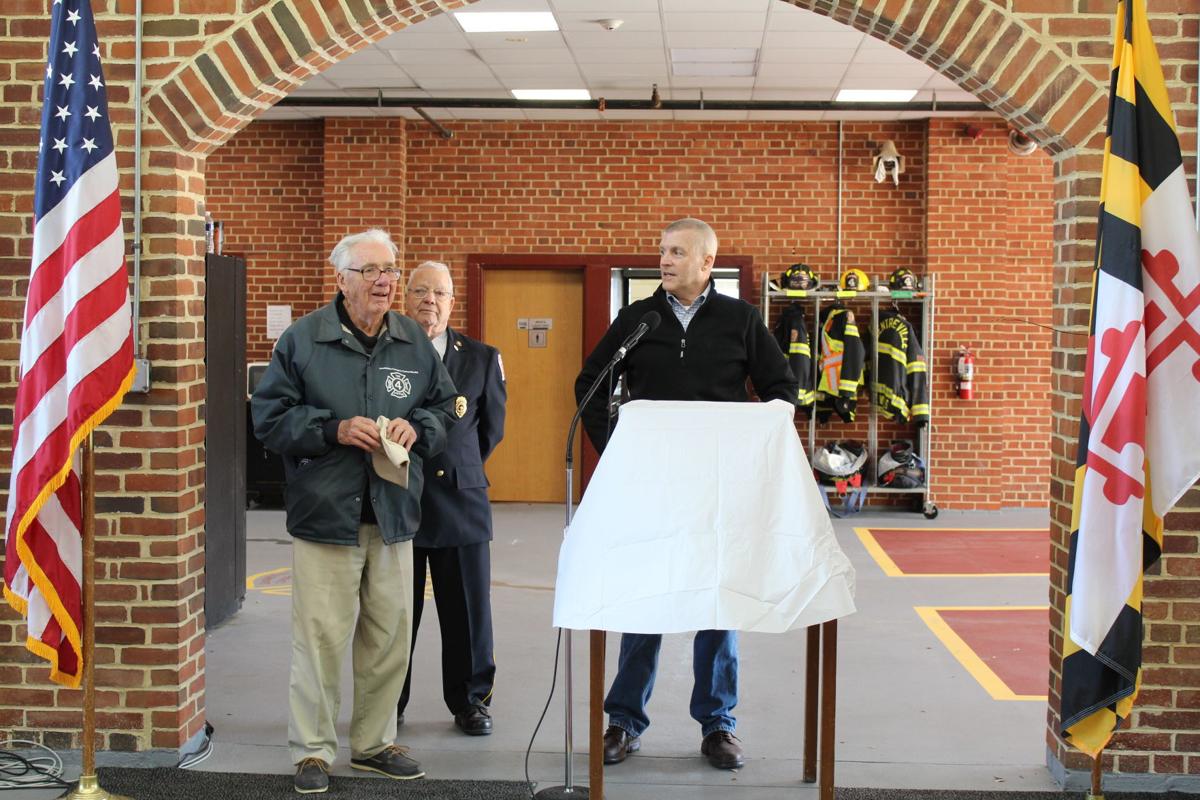 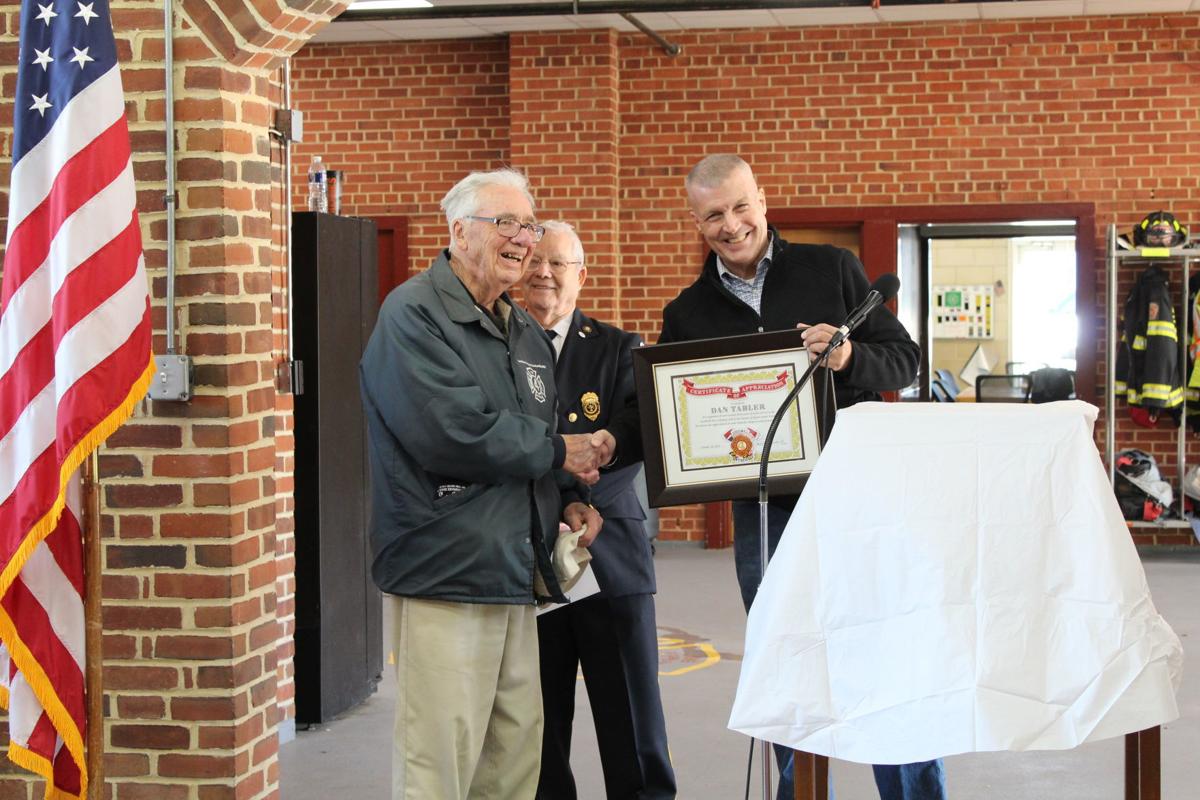 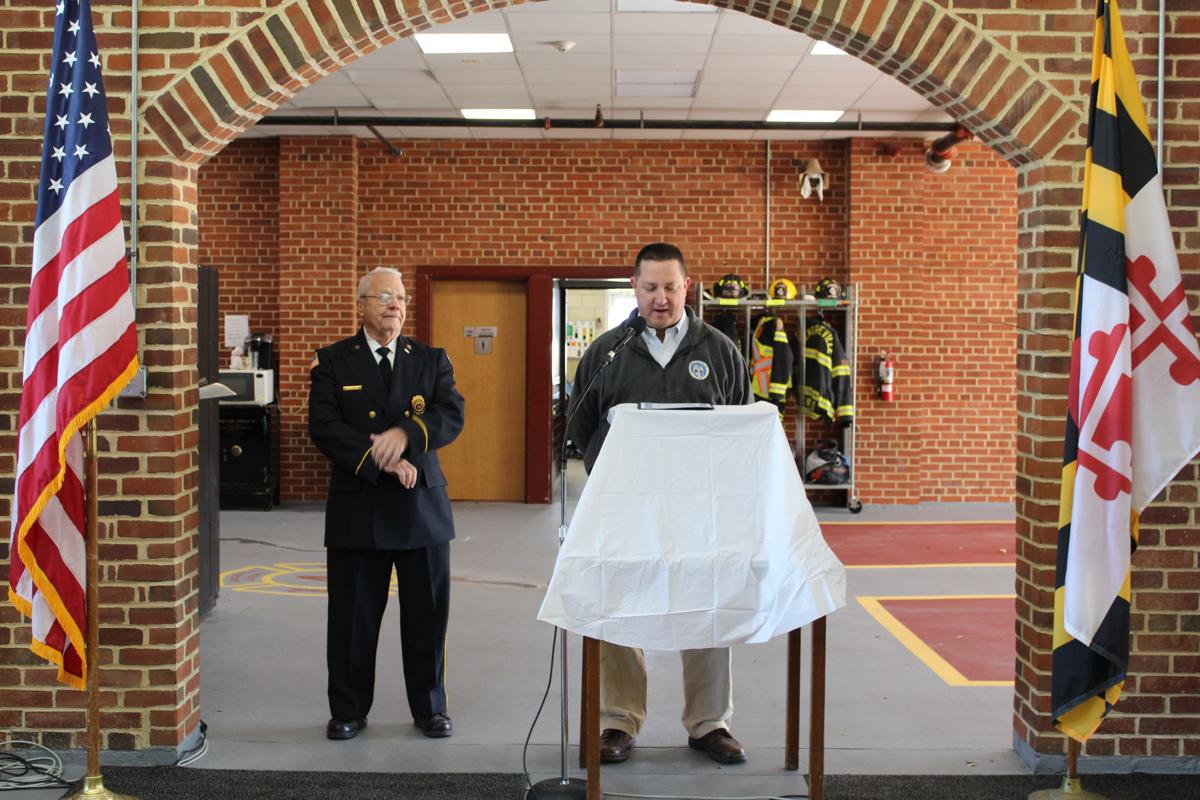 The Turner family is formally recognized for 400 combined years of service to Goodwill Fire Company during the 130th anniversary celebration on Saturday, Nov. 2.

CENTREVILLE — Goodwill Fire Company celebrated its 130th anniversary on Saturday, Nov. 2, with an open house and a ceremony to formally recognize some of its longtime members, the Turner family and Dan Tabler.

Goodwill VFC was formed on Oct. 28, 1889, with 37 active members and 24 honorary members. In 1889, the unit operated out of a back room in the Centreville Court House.

The unit is one of nine fire departments in Queen Anne’s County.

Ralph Starkey, who has been with the fire company for more than 60 years, said the 130th anniversary is “very important” to him.

“I’ve been elected to every position we have, and I’ve got over 39 years holding elected positions,” Starkey said. “My heart’s here.”

He said opening up the fire house doors to the community felt like the right thing to do to celebrate the occasion.

“I and our committee felt that we should open up the house and have the community come,” Starkey said. “We wanted to give them some food, let them enjoy themselves and ask questions, and make a little family together, so to speak.”

Starkey also said he was looking forward to honoring the Turner family because they have contributed a collective 400 years of service among the entire family, including children, grandchildren and great-grandchildren.

“(The family members) have all been volunteers and it’s great,” he said. “That’s what we live on and that’s what keeps us going.”

“The commitment from some of your more senior members of the firehouse really are the reason why things continue to run as smoothly as they do every single day,” he continued. “So, hats off to our volunteer fire services and all the folks behind the scenes that make these firehouses function.”

During the Turner family proclamation presentation, Dumenil detailed each family member’s contributions to the fire company, from holding elected positions to taking on volunteer leadership roles.

Charles Jr. passed the legacy of volunteering on to his family, to his first wife Irene, to his second wife Dolores, to his children Cindy, Karen and David, and to his grandson Ryan, he said.

Melvin “Mink” also passed the legacy to his family, to his wife Connie and his children Kim and James “Jimmy.”

Robert’s family also continued the tradition of service with his wife Geraldine serving a president of the ladies auxiliary and sons Robbie and Michael both volunteering, Dumenil said.

Dumenil described the Turner family’s service as “above and beyond extraordinary” and thanked them for their “dedication and contributions to the citizens of Queen Anne’s County.”

At least eight members of the Turner family were present to accept the proclamation.

Dumenil also presented a certificate of service from the county commissioners to the fire department.

Centreville Town Councilman Tim McCluskey talked about shortly after he moved to the county and had a chimney fire.

“Within a minute or two, I could see those trucks coming,” McCluskey said. He praised the volunteers’ professionalism.

McCluskey presented the fire department with a certificate of service from the Centreville Town Council.

The fire company also recognized Dan Tabler, who has given more than 70 consecutive years of active service to the community, with a certificate of appreciation for his “integrity, diligence and persistent loyalty.”

“(Tabler) has been a constant pillar for us,” Aaron said. “We all around here call Mr. Dan, ‘the old guy,’ and we want to recognize this gentleman above all.

After the ceremony, community members in attendance were invited to tour “your” fire house, play with some of the equipment and enjoy a grilled meal.

In a separate nod to the accomplishments of the fire company as a whole, Aaron said, “A question I get a lot is, ‘Why is it Goodwill and not Centreville?’”

“Quite simply the word ‘goodwill’ should tell it all,” he responded.