Candidates for county commissioner gather at the Ruthsburg Community Center to answer questions from the Farm Bureau. 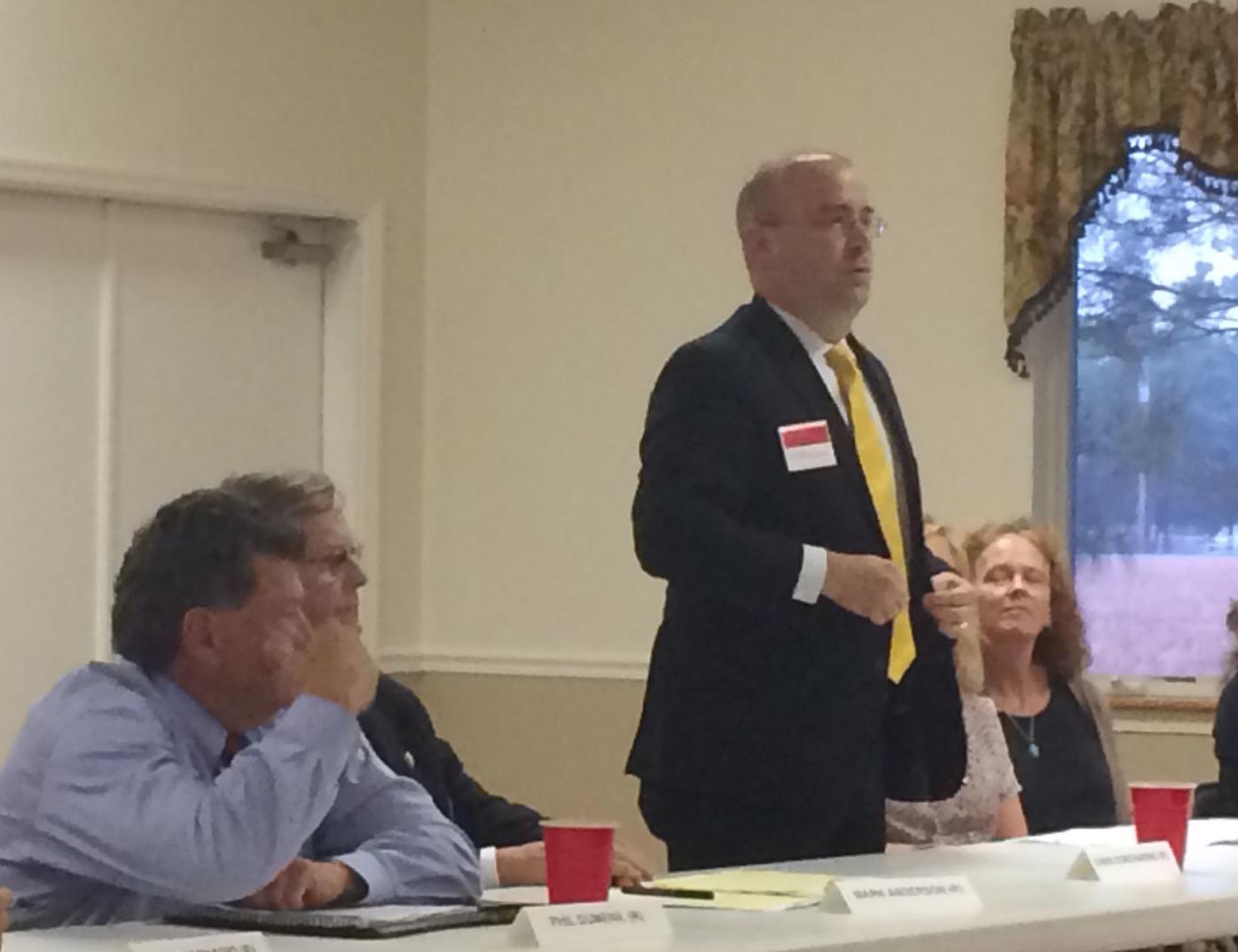 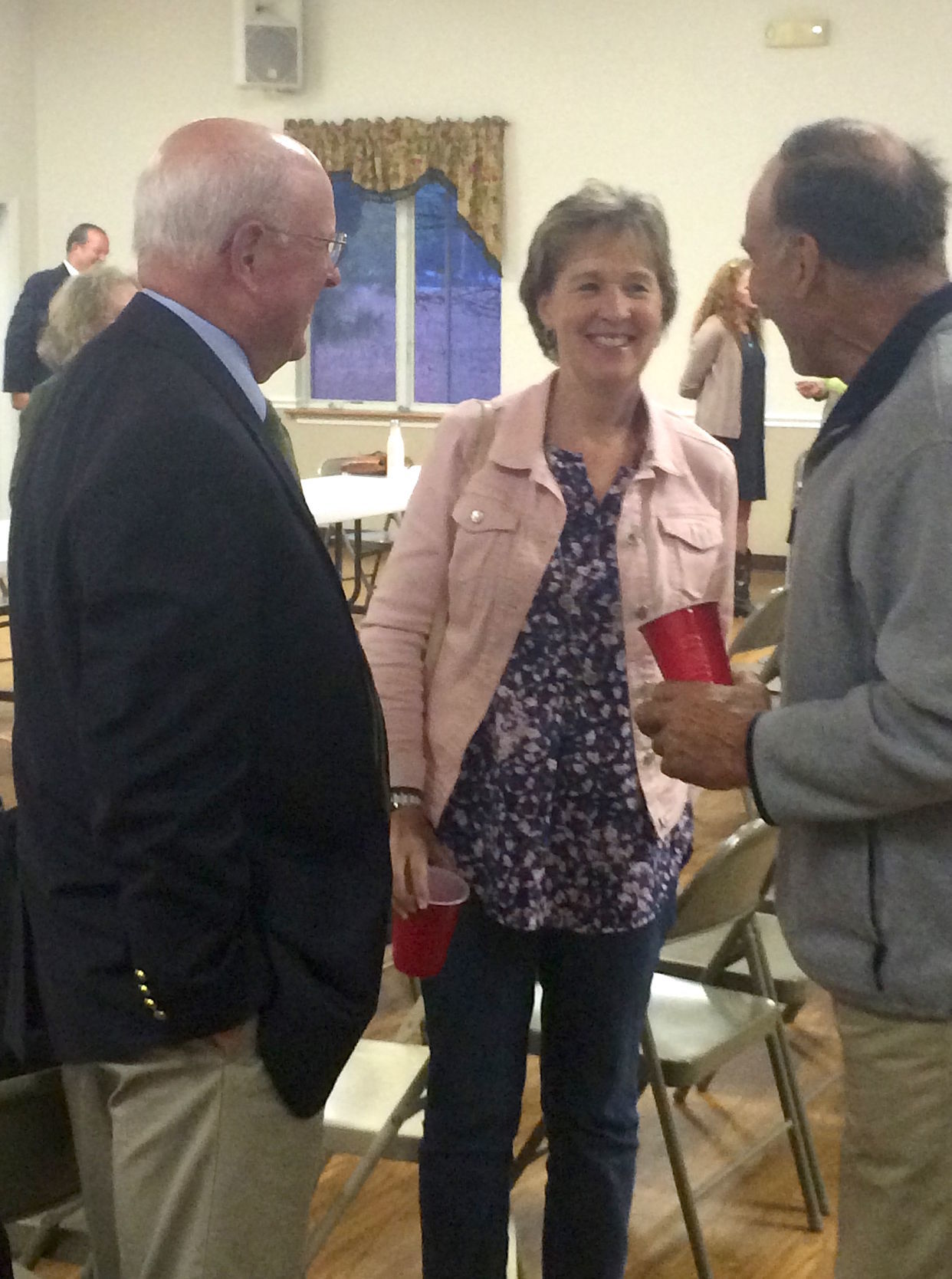 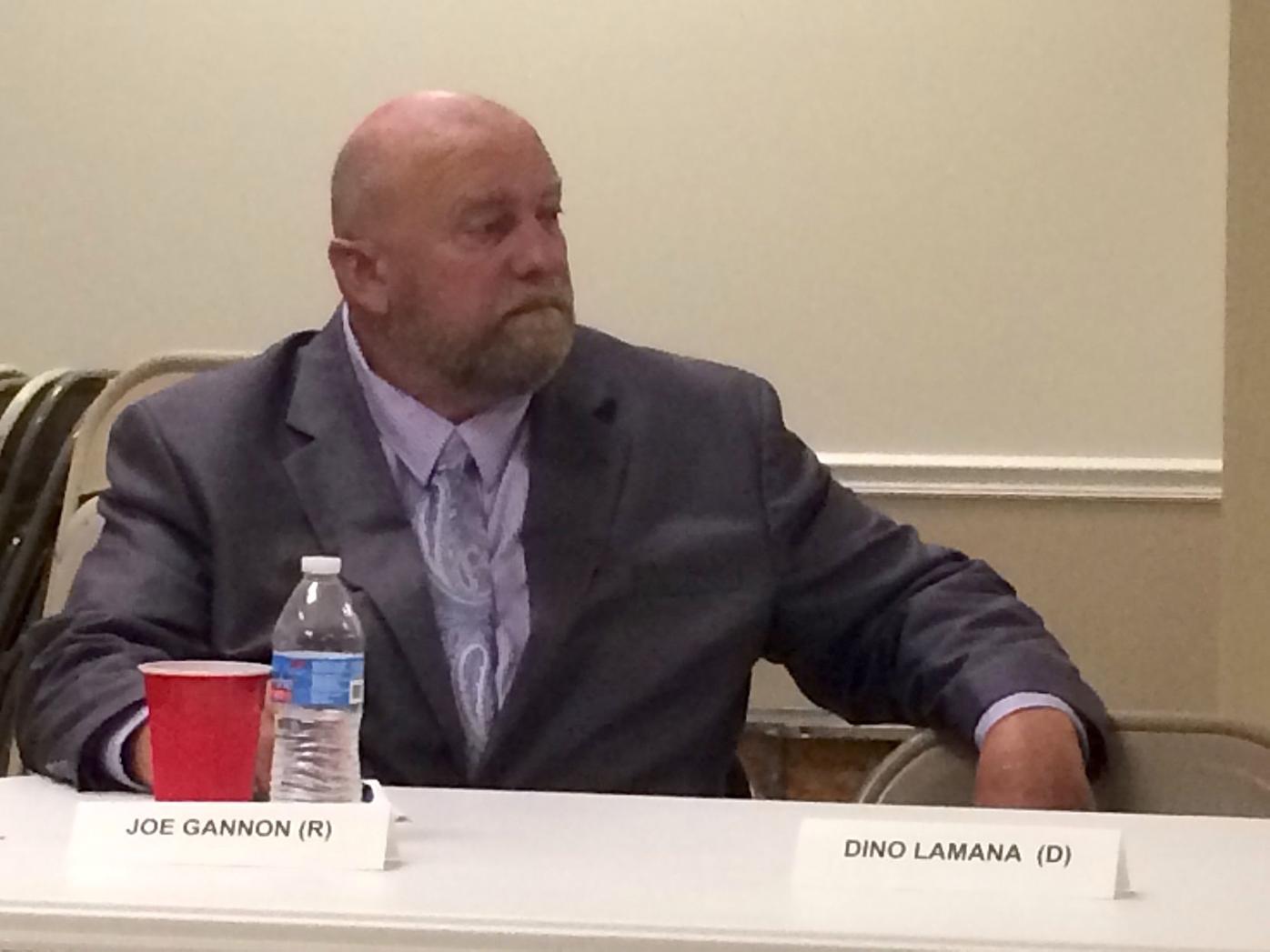 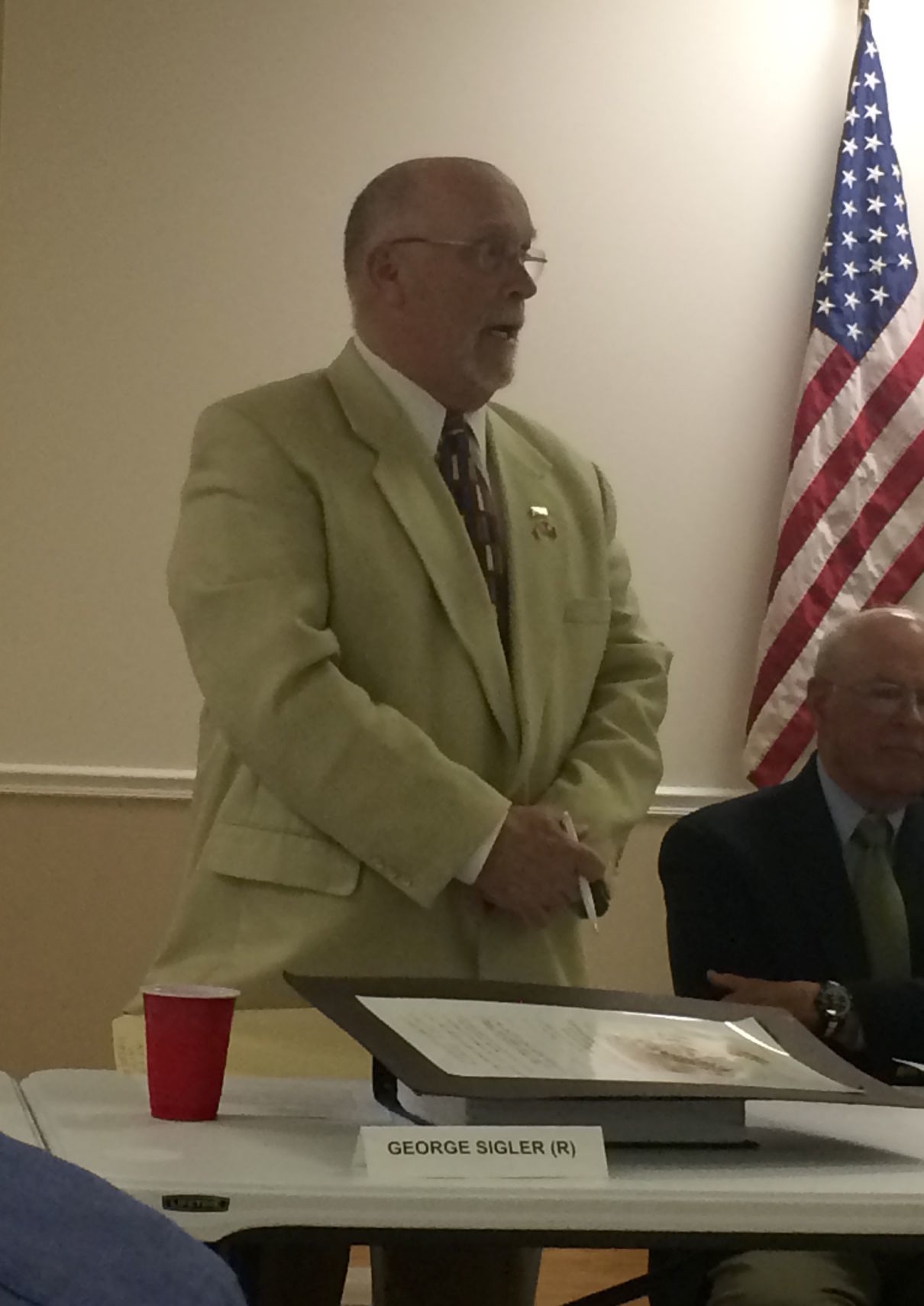 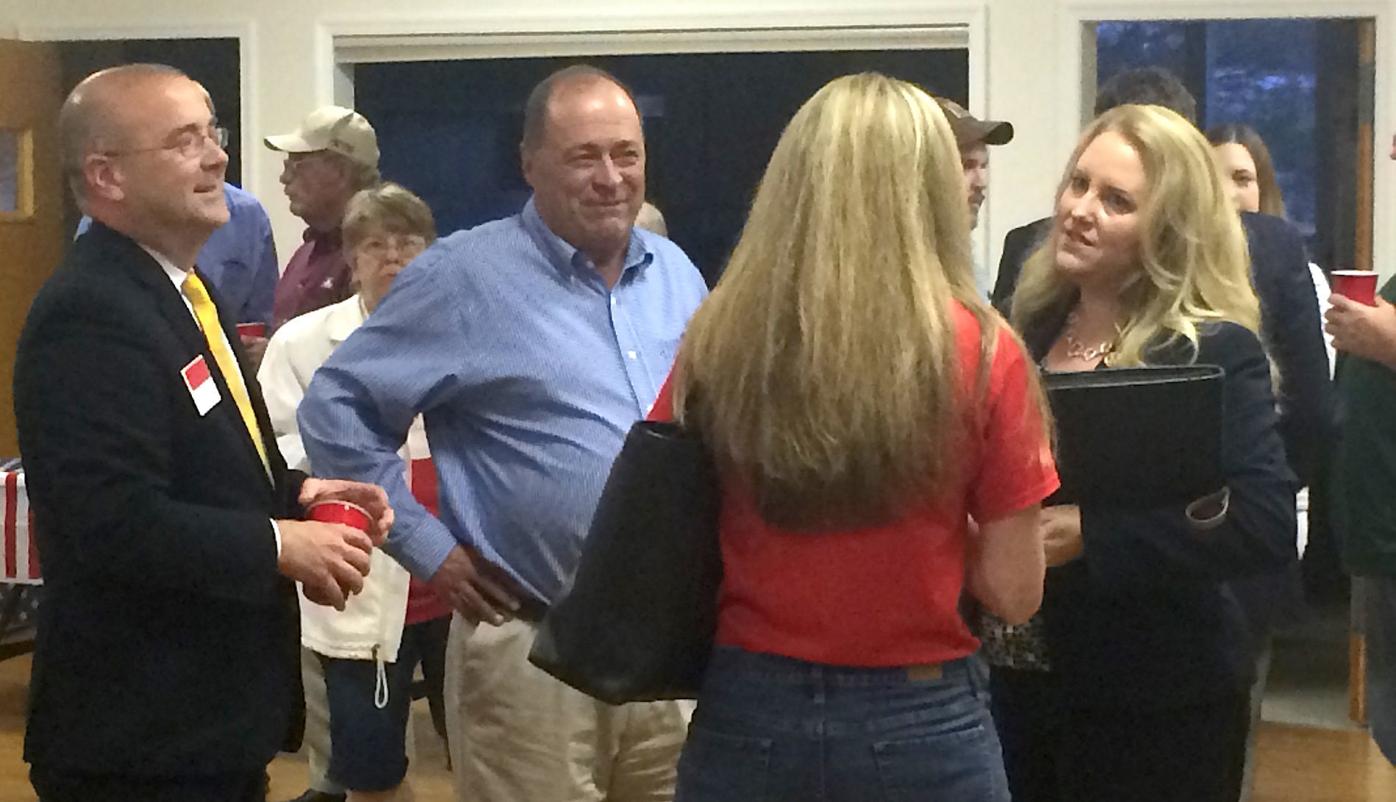 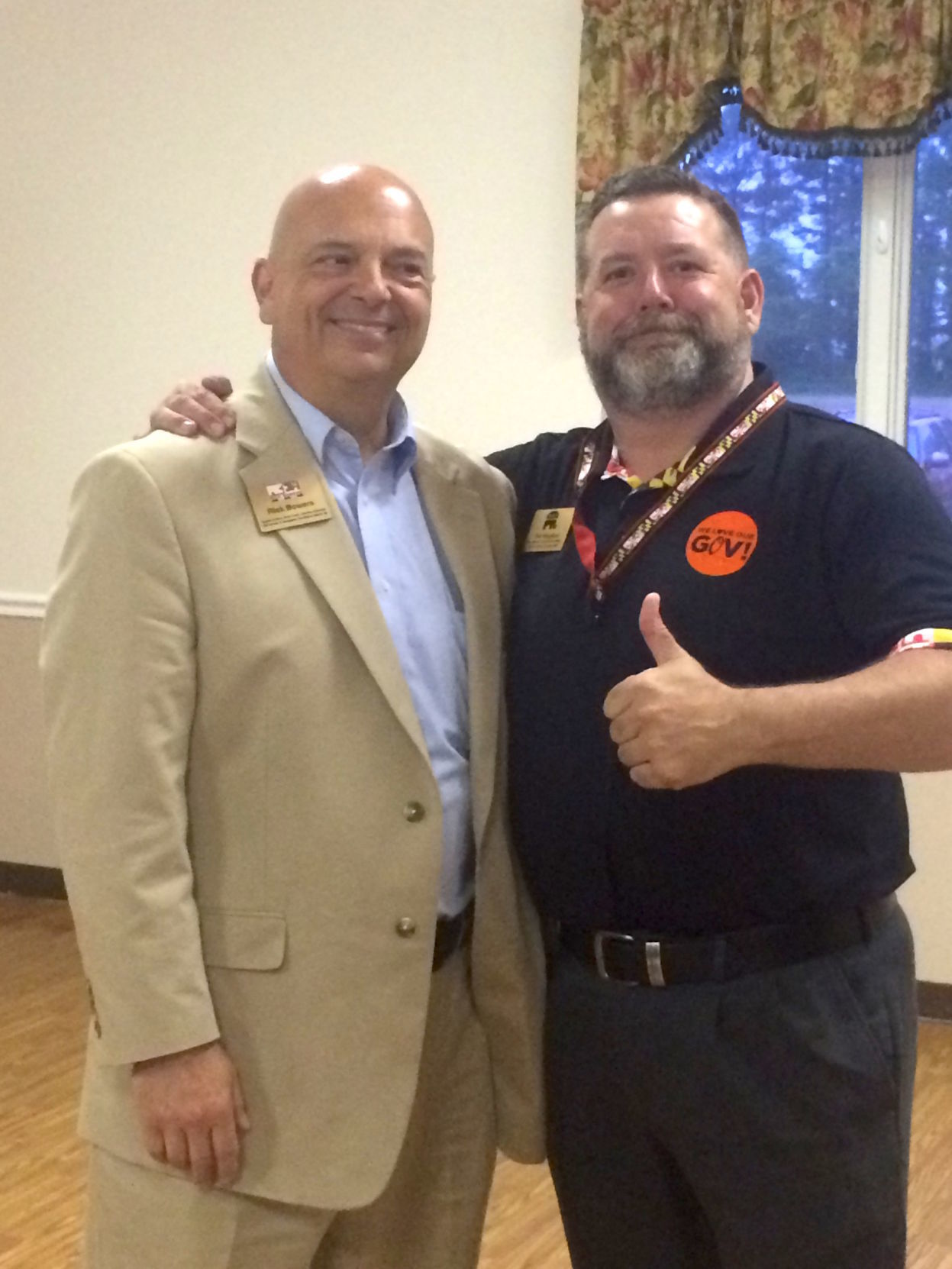 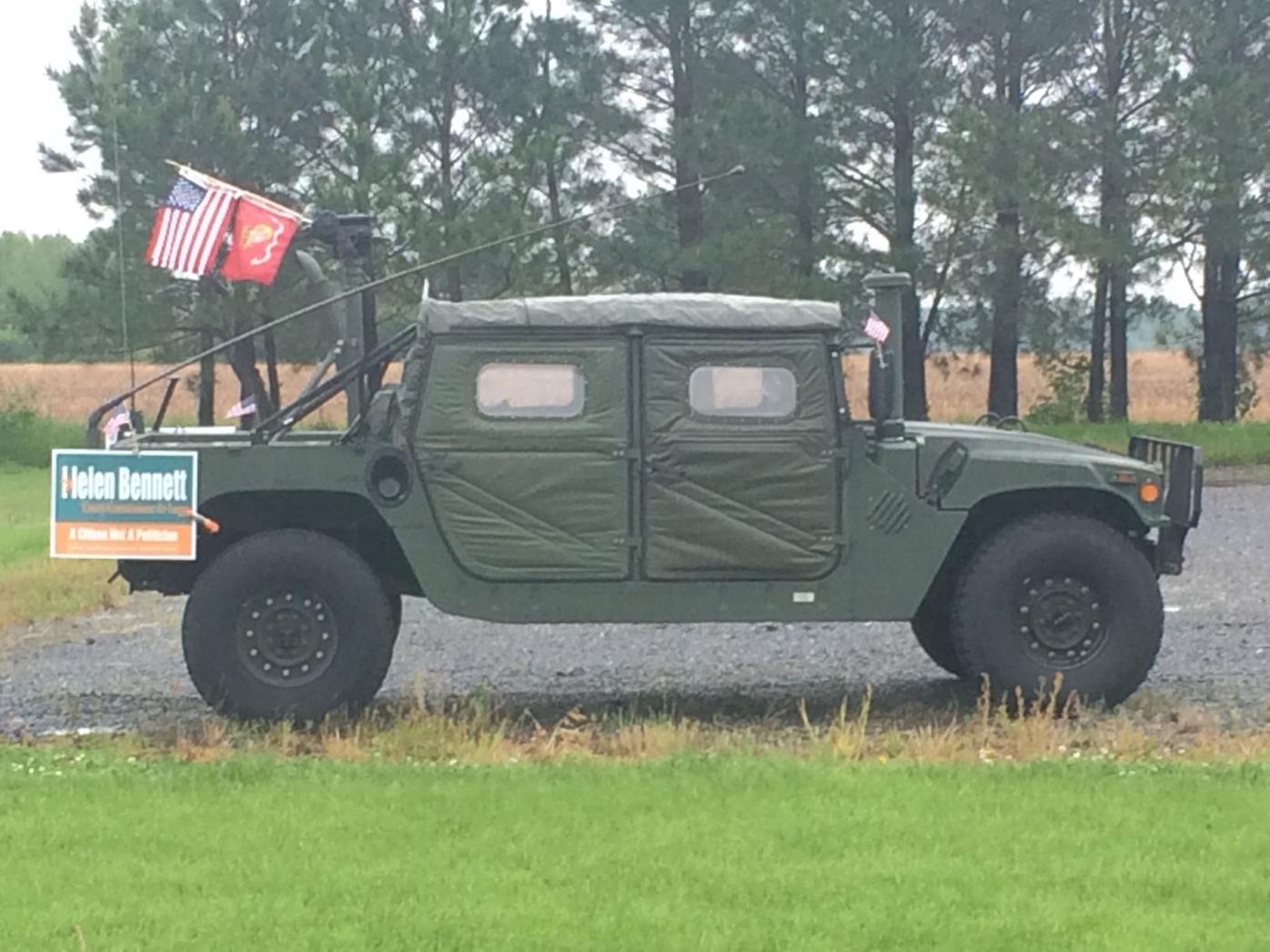 Candidates for county commissioner gather at the Ruthsburg Community Center to answer questions from the Farm Bureau.

RUTHSBURG — With 15 candidates to pick from, voters will have plenty of choices for county commissioner when they head to the polls in June’s primary. While commissioners are elected from particular residency districts, they serve the entire county and voters cast their vote for all five spots.

The Queen Anne’s County Farm Bureau hosted the candidates for commissioner at the first forum of the year, Wednesday, May 16, at the Ruthsburg Community Center. Led by moderator Jennie Schmidt, the candidates were given the chance to respond to questions of importance to the agriculture community.

Growth is a topic weighing on many farmers’ minds, and the Comprehensive Plan may hold the answer according to several of those candidates. Ideas were also brought forth for traffic reduction around Kent Island and affordable housing.

According to candidate George Sigler (Republican, District 2), getting involved with the Comprehensive Plan review that is coming up is a key way for farmers to help protect their interests. Historically, Districts 3 and 4 put more voters at the poll, said Sigler, but how the land is managed (in the county) and how voters can influence it can be affected by voting for candidates that will represent your interests. Sigler, a former farmer and marine, said he is also an advocate for broadband, education and better schools.

Running in District 1, Republican Joe Gannon said he understands that farmers need to supplement their income and using solar panels can help. But, Gannon said, he has a problem with six, eight, 10 chicken houses and solar panels to match. Gannon says he wants to promote the family farm and protect the family farm, and support and grow the ag sector while working with schools to encourage vo-tech and FFA programs.

Incumbent County Commissioner Jack Wilson (Republican, District 1) said the ag business is not just small businesses in Queen Anne’s, it is an industry with over 530 farmers. The average farmer in QA is 60 years old, and the county needs to be looking at the future of this industry, Wilson said.

“We need to get young farmers,” said Wilson, “and encourage workforce development with trades ... these trades offer the ability to make a good living.” Wilson said in 2011-12 there were concerns over the number of poultry houses in the area, but the consensus overall is that those numbers are good. Wilson said he doesn’t want to see any permitted use taken away from farmers.

As commissioner, Wilson said he has and will continue to support and grow the sector. “You (farmers) diversify, you do it and do it well. As commissioners, we can only support you where we can, and on the state and federal level, too,” he said.

Wilson said he believes workforce development, broadband for all citizens and creating pathways for kids here to be successful, all those things will benefit ag.

“Once ag land is gone it never reverts – never,” said Ben Tilghman, a Democrat running in District 2. “[We] need to find a way to support farmers, a $170 million industry in this county and be open minded about alternative uses, like vineyards.”

Tilghman said alternative uses can lead to potential problems when land crosses over from agricultural use to commercial use, but he is committed to growing the ag sector, recognizing farms as businesses. Decent wi-fi and labor are essential to small or large businesses operating, Tilghman said.

Speaking again to the comp plan, incumbent Commissioner Steve Wilson (Republican, District 2) said, “One size doesn’t do it all ... make sure that the representatives from each district are speaking for their district on the comp plan.”

Wilson said he wants to see Queen Anne’s County offer the best services, and through his history of working on multiple committees and commissions, he has seen the EMS system in QA develop into one of the best delivery systems in the state and the bond rating improved to a AAA score — without raising taxes.

Districts 3 and 4 while not often associated with agriculture, said Schmidt are still relevant to the members of the ag community. Schmidt asked the candidates to give their thoughts on affordable housing and infrastructure for the county.

Laura Knickman (Republican, District 3) has a background in politics, working as a legislative aide to members of the Maryland House of Delegates Economic Matters and Appropriations committees as well as serving at the state level in other capacities. Knickman said growth should be managed ethically.

“Impact on infrastructure, especially traffic, water and sewer and schools, must be addressed with public notice and input,” Knickman said.

She said she wants to do away with the inheritance tax and work on the low income or affordable housing issue. One way is for government to subsidize housing, she said, another to develop critical workforce housing for teachers and incentivize, and also look at the huge gap between cost housing and income.

Former county commissioner Phil Dumenil (Republican, District 3) said it is not the government’s job to provide workforce housing, but to set the environment for private sector to come in and supply workforce housing. Staying consistent with the prevention of down zoning of ag properties, and not taking away farmers’ rights is critical, said Dumenil, as farmers rely on the value of their land.

Jim Coulter (Democrat, District 3) said environmental issues, construction run-off and traffic congestion are among the challenges he sees in the county. Coulter said he is against unnecessary government regulation, but that government has its place helping with structure and incentives.

“Develop our neighborhoods first,” said Coutler. “Build on vacant lots first, [they] already have schools, infrastructure, etc. Look at the comp plan and identify specific areas in towns where we can have homes for workforce, promote town centers. Concentrate efforts in zoning where businesses can be on the first floor and homes/apartments on the second floor.”

“Queen Anne’s County is the jewel of Maryland,” said Barry Donadio (Republican, District 3), “and with workforce housing going on in Kent Island now, lower interest rates can be offered so people can live and work in county.”

Donadio added, “We have to be careful where we place this housing and look at how it will impact area, school, police, delicate with conservation.”

Donadio agreed traffic congestion around Kent Island is troublesome and suggested working with other counties to create a gridlock alert and trying to reroute traffic with GPS aid.

Anderson said the soil in southern KI is unacceptable for septic. “Phase I in progress, and 98 percent of homeowners have signed access to do mapping, pretty good acceptance of this idea, I would say,” said Anderson. The EPA has estimated the sewer project will save 17,000 pounds of nutrients every year from going into the Bay, Anderson added, which relieves some of the pressure going onto farms.

Corchiarino, an attorney, also favors sewer improvements. He said he has learned the best way to help business is to get out of the way of business. He said he wants to see a community that is not hostile to businesses, along with increased workforce development. The ag community benefits from more workers that have trades education, said Corchiarino.

A union representative for county schools, Krueger reitereated Anderson’s thoughts that the KI Sewer Project savings could apply credits to the watershed implementation program – making farmers less responsible, lessening the goals of nutrient reduction farmers have to meet for the county. Krueger said she would encourage constituents like the Farm Bureau to come to her and would try to find balance between government helping and becoming intrusive.

Moran, a two-term commissioner, said the number one problem for Queen Anne’s County is traffic, “not our traffic, the state’s traffic. The state knows we have a problem, but we need evidence to back that up.” The county has paid to put up counters at the Bay Bridge, on US 301, and at the Delaware line, he said.

The next problem is a study to determine where the new bridge crossing the Bay will be placed, Moran said.

“ It has to be the state’s number one priority or it will never get built, and QA dying on the vine for traffic,” he said.

Bennett, who sits on the county’s economic development commission, said she realizes ag is important to the county, and that farmers need the ability to navigate current traffic, as well as the potential for more traffic.

“You can’t pave over everything and still be a quintessential rural county,” said Bennett.

She said she wants to see farmers retain the rights to their property and encouraged them or other ag reps to be a voice and represent at economic development.

Harrison said while the county has taken a few steps to help with traffic, with local access only signs up on KI, removing alternate routes from mapping system will help to keep traffic from coming in local access only.

Harrison said working with the fire departments and local rescues to get accidents cleared as quickly as possible, and getting tow vehicles there timely will help.

“We need to be a voice for our farmers with the State Highway Administration,” said Harrison. She said she would work to do everything possible to see a third Bay Bridge is not placed where the other two currently are.