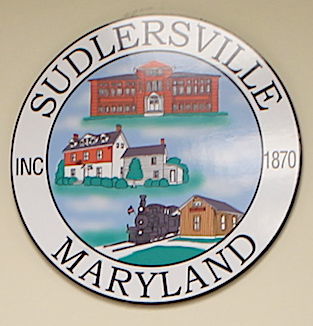 SUDLERSVILLE — Sudlersville Town Commissioners introduced Ordinance 2019-05 at the Dec. 4 meeting to make changes to the town’s zoning ordinance through amendments that would allow a detention center as a permitted use within the town.

The amendments to Article IV were reviewed Nov. 21 by the Town Planning Commission, which recommended they be adopted.

Changes would define safety services as facilities provided by town, state or federal government or private entity that provide fire, police, life protection or detention services together with incidental storage and maintenance of necessary vehicles; add public, civic and institutional uses to 4-12 Table of Permitted Uses; and add Safety Services to Fire and Rescue Services.

A public hearing is set for Jan. 8 on the proposed ordinance, which, if passed, would take effect immediately as long as the vote happens at least 10 days after the hearing.

Queen Anne’s Conservation Association issued a letter to residents of Sudlersville on social media Dec. 12 calling their attention to two development proposals “that would entirely change the character of the Town.”

QACA Executive Director Jay Falstad said the zoning changes proposed in Ordinance 2019-05 are intended to allow a privately run, immigrant detention facility that could house up to 600 detainees to be built within town limits.

The other proposed development is for a motorsports arena and track off Route 313 past Carletto’s, he said.

A group representing Travis Pastrana, an American motorsports competitor and stunt performer and founder of Nitro Circus, met with Town Commission President Ronald Ford and then-Town Manager Jo Manning in October to discuss Pastrana’s interest in buying two properties on which to build a racetrack and possibly other surplus town property with future growth of the project.

The proposed project would bring many events to town with various levels of attendance, with at least two big events for television, Manning told the Town Planning Commission at its Oct. 17 meeting.

The project would be a “permitted use with conditions” under the zoning ordinance.

At that meeting, the planners noted two concerns — noise and traffic. They would like to see a noise study with the preliminary site plan and possibly a traffic study. A question was also raised about the town curfew.

The project discussed did not include plans for any night racing, Manning said.

Falstad said the town sees the proposed developments as sources of revenue to help pay the millions of dollars in debt it incurred to upgrade the wastewater treatment plant.