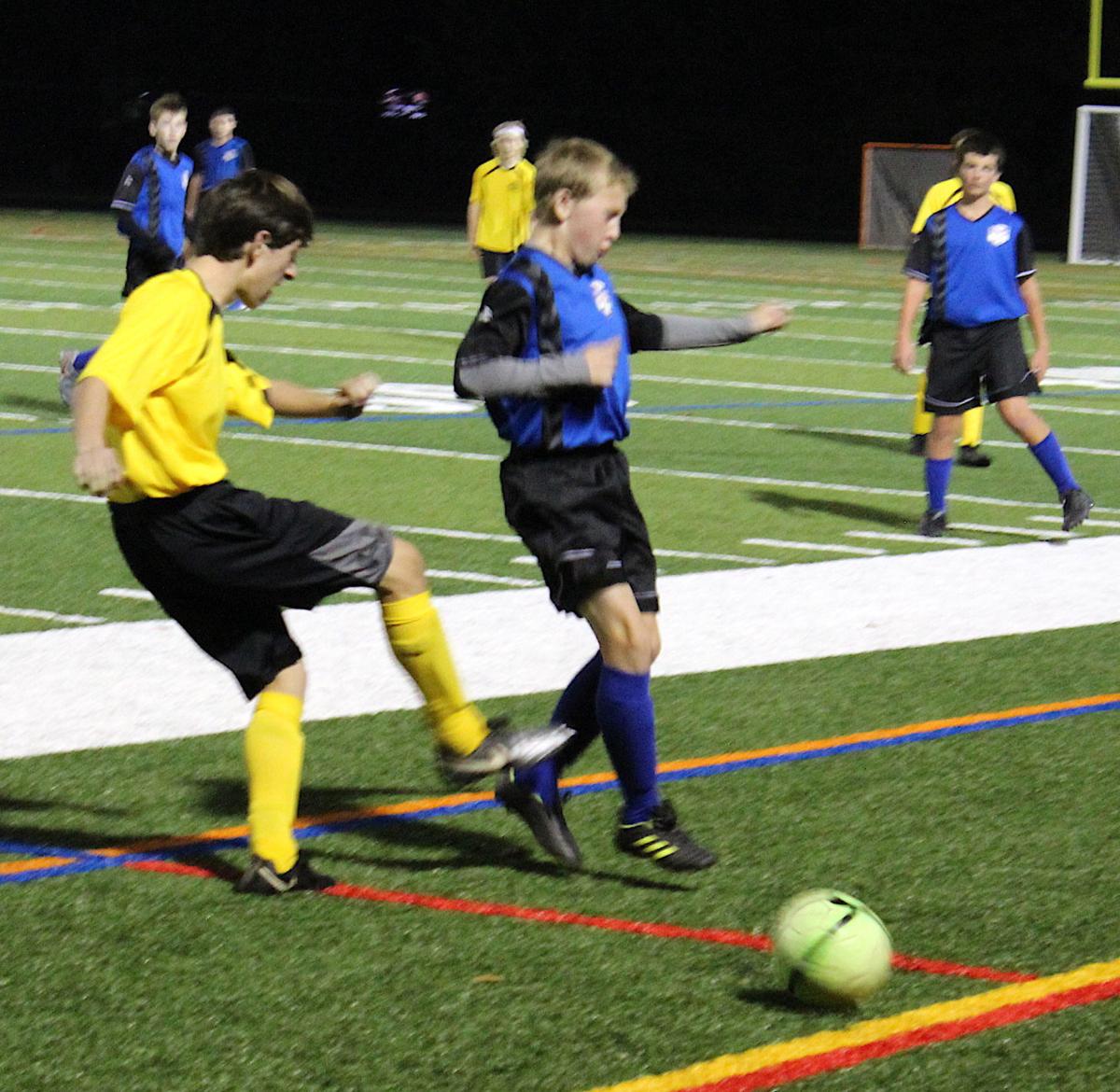 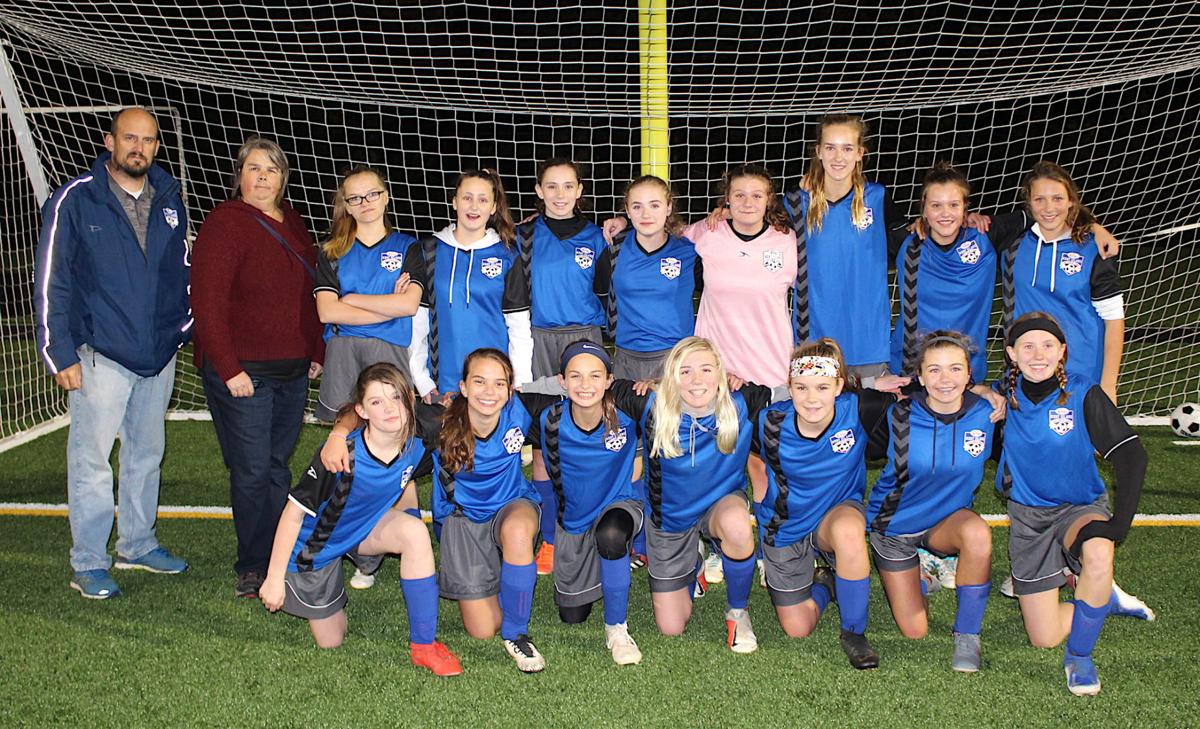 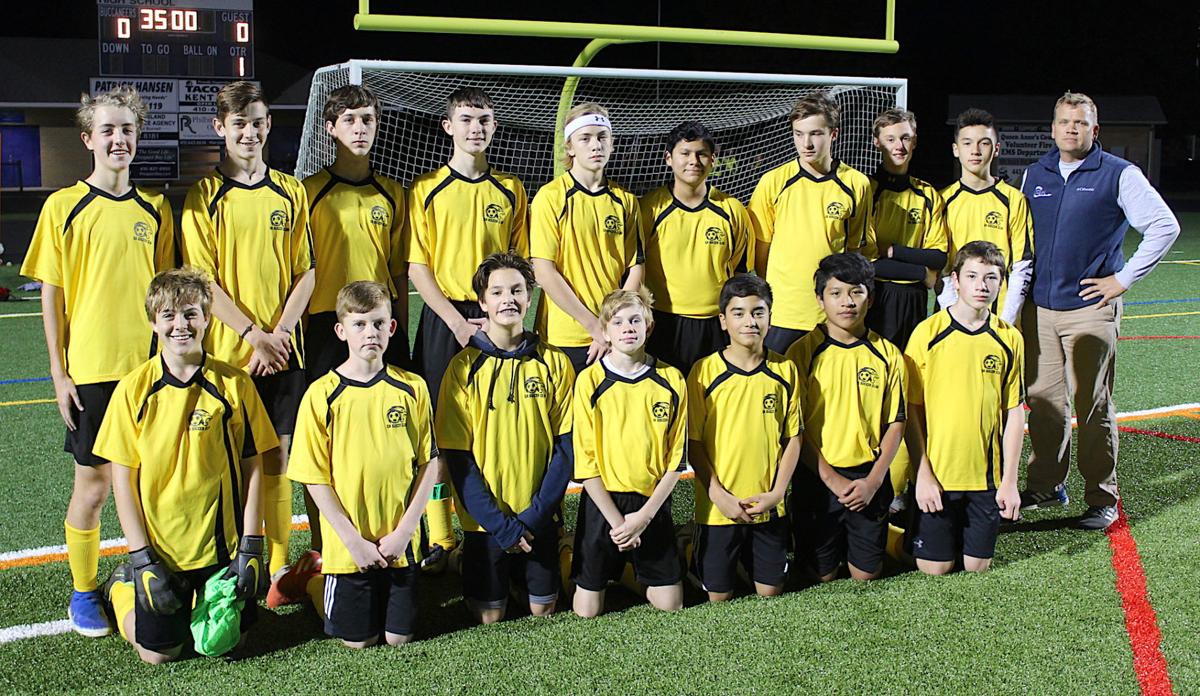 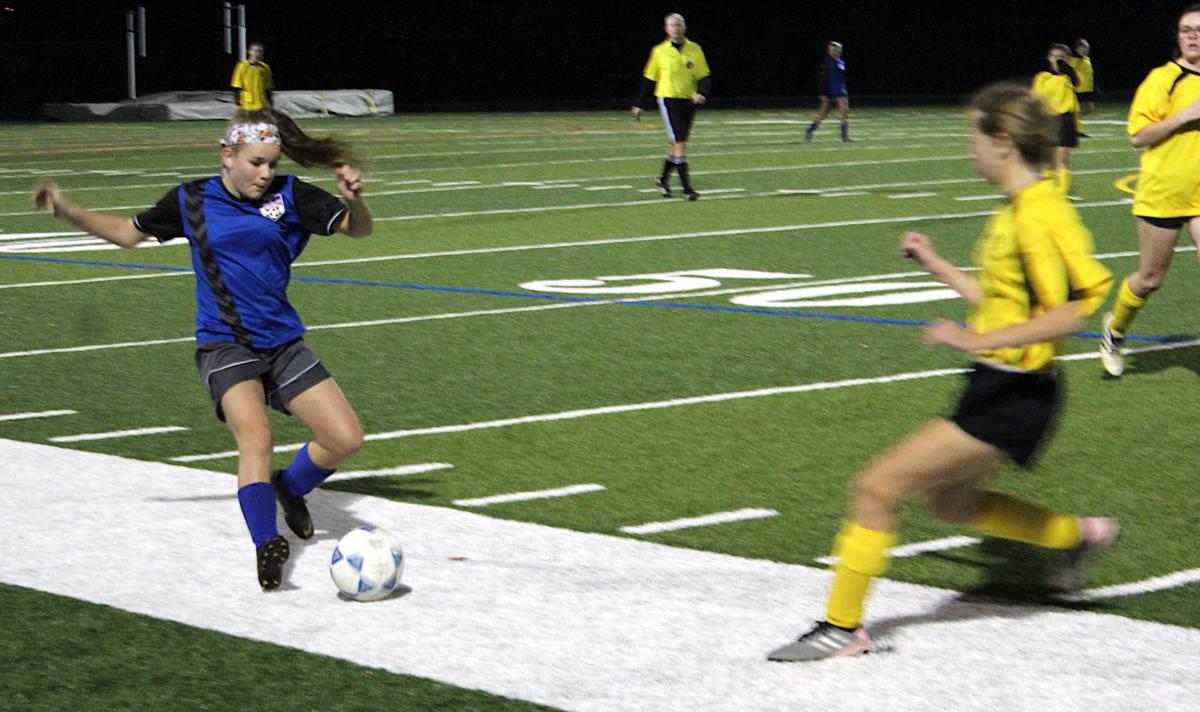 Before both games, veterans in the bleachers were asked to stand as they were recognized in honor of Veterans Day. “The Star-Spangled Banner” was also played before each game, following the veterans’ recognitions.

Both games were tightly fought with the boys’ game going into halftime tied 0-0. However, Queen Anne’s surged ahead with two goals in the second half — one scored by Seth Blackwell and the other by Bennett Christman en route to a 2-0 victory.

The girls’ game turned out to be a seesaw battle. It started much as the boys’ game ended with Queen Anne’s Emily Rendulic striking first for a 1-0 lead after nine minutes of play. Within two minutes, Kent Island captain Caroline Cavanaugh scored, tying the match at 1-1. Later in the first-half, Jo McGrath scored to give Kent Island a 2-1 halftime lead.

McGrath completed her hat trick to push Kent Island back in front at 4-3, then watched teammate Lilli Dauses score to seal a 5-3 victory.

Temperatures outside were at 59 degrees, with a slight breeze. People in the bleachers watching were dressed in warm coats and caps. The concession stand was busy for both games, selling plenty of warm foods and hot chocolate.