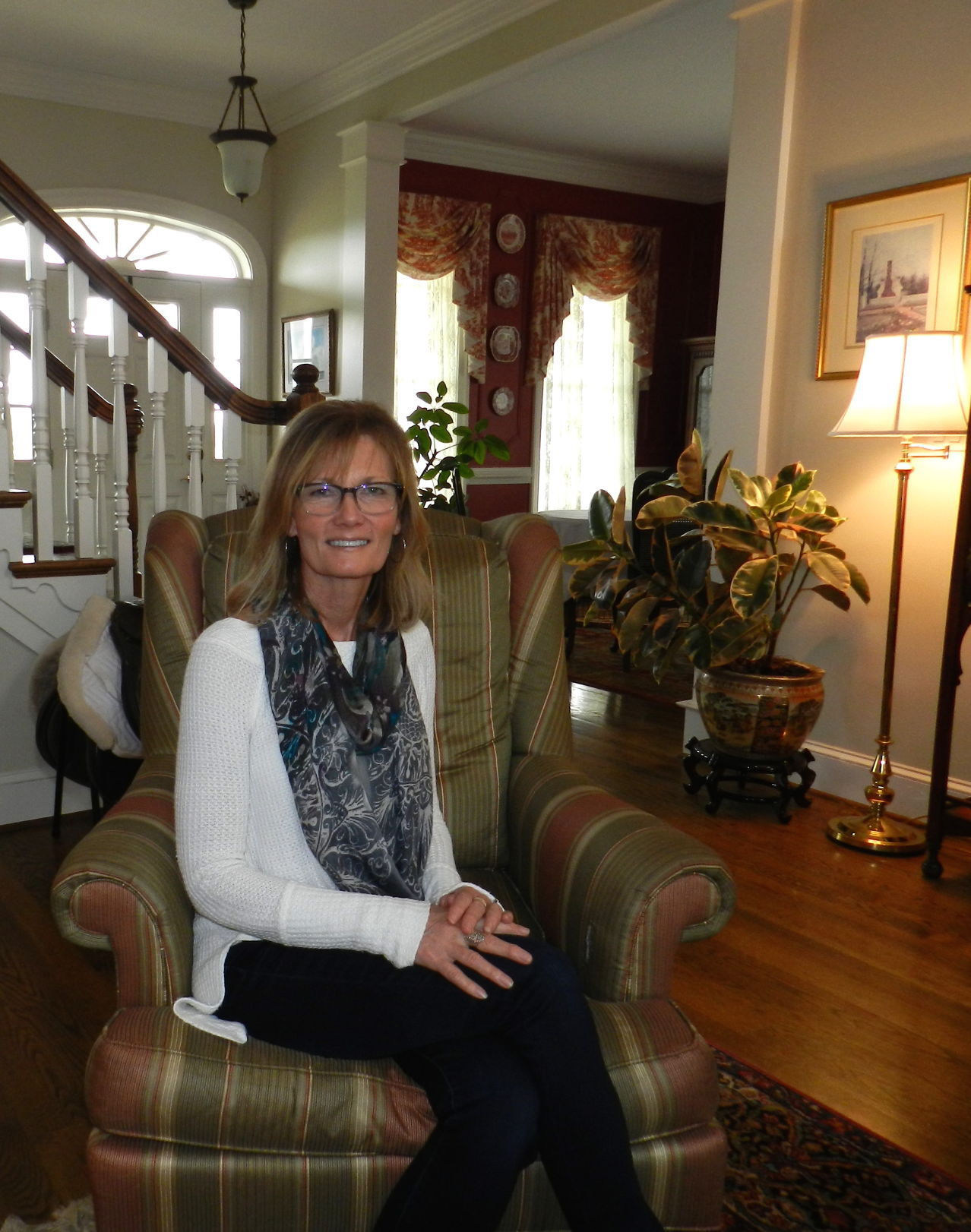 Katherine Winfield, author of the “Haverford House” and “Belle Grove,” novels set in the fictional small town of Corsica. 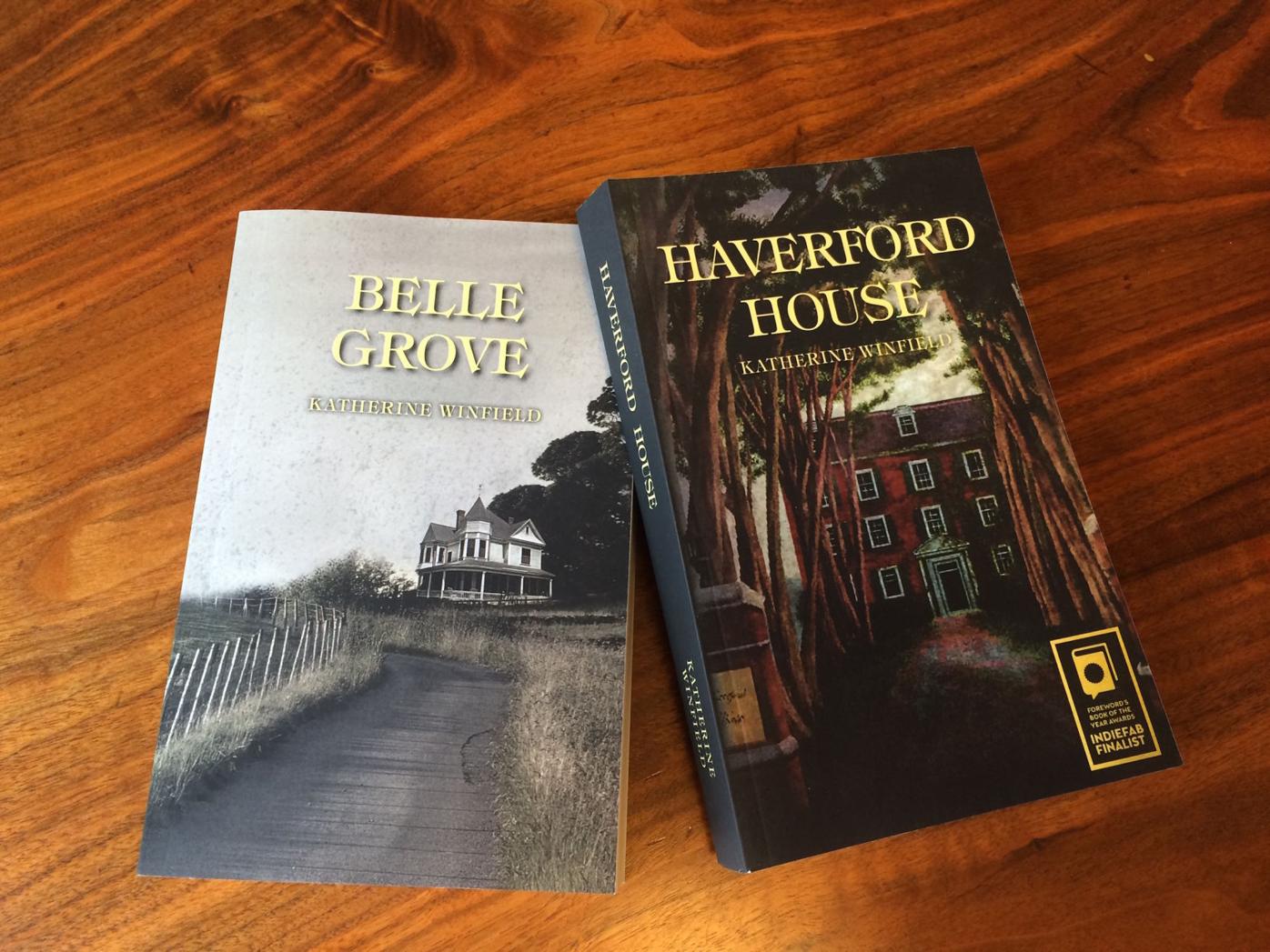 “Belle Grove” and “Haverford House,” novels written by local author Katherine Winfield. Winfield will be holding a book signing March 25 at the News Center in Easton.

Katherine Winfield, author of the “Haverford House” and “Belle Grove,” novels set in the fictional small town of Corsica.

“Belle Grove” and “Haverford House,” novels written by local author Katherine Winfield. Winfield will be holding a book signing March 25 at the News Center in Easton.

QUEEN ANNE — Local author Katherine Winfield has written a captivating new book, “Belle Grove,” that is certain to intrigue residents of Queen Anne’s County. Like all fictional works, Winfield’s characters and settings are not based on any one particular individual or place, but readers will quickly identify with the small, quaint town of Corsica.

Combining interpersonal relationships in a small town with a murder that must be solved and an undercurrent of things that cannot be seen by the average person, Winfield crafts a story that draws readers in with little effort. However, it is the references to Easton, Harrington, Delaware’s race track, the local sheriff’s office and details like a conflict caused by the Department of Defense wanting to purchase rural land for the use of as a proving ground, that readers on the Mid-Shore might find most compelling. Likewise, the fictional town of Corsica with its eccentric characters are reminiscent of Centerville. The local newspaper, mentioned several times by Winfield’s characters, is of course none other than Queen Anne’s County’s own Bay Times.

Winfield, a resident of the Queen Anne area since the 1990s, is herself from the western shore. She and her husband reside on a horse farm in rural Queen Anne’s County. One of the first things that drew her to love the Shore said Winfield was the unique, almost mystical sense of a place that is like no other. Winfield, like many native Eastern Shore residents, described the change as noticeable once one crosses over the Chesapeake Bay, a place rich in history and stories.

Winfield was surrounded by artists growing up, her mother, grandmother and uncle expressed similar talents, and as such it created a rich environment for Winfield’s stories to grow, she said, noting that she began writing stories down as a small child. However, it wasn’t until 2013 that Winfield published her first book, “Haverford House,” volume one in the Corsica Series.

Her books have received high praise from critics, “Winfield masterfully reveals how the complicated lives of the people in Corsica are intertwined .... She paints a rich picture of the characters’ personalities .... [and] establishes a strong sense of setting ... Winfield draws readers in with her use of details … deftly shifting from a character-driven story to a plot-driven, action-filled mystery ... With unusual but appealing characters, she keeps readers deeply engaged throughout her eccentric, compelling novel,” said Maria Siano, ForeWord Clarion Reviews. Winfield was also a finalist in the IndieFab Book of the Year Award.

Winfield is currently working on a few other projects, and spends her free time with her own horses and dog Zane. Her encouragement to other writers is never stop writing.

Winfield will be signing books on March 25 at the News Center, 218 North Washington St. in Easton. Her books are also available through retailers online.

Julie Seevers has opened an herb shop in the small fishing town of Corsica and is juggling family life and running a business. Tabs Tucker, a misanthropic teen, works part-time at Julie’s shop. And Libby Langston, Julie’s best friend, is looking for something to spark the boredom of summer. She thinks she’s found it when a newcomer to the town enters Julie’s shop and Libby invites her to join the Corsica book club. But what Libby doesn’t know is that she has started them all down a twisted path of betrayal, past secrets, and even murder that will test the bounds of friendship, family, and love.

When Josh and Libby Langston move from Baltimore to a small fishing town on the Eastern Shore of Maryland, they’ll soon find out that the sleepy town of Corsica has some deep rooted secrets. Thinking that she has finally found the perfect place to call home, Libby will discover her new dream house has a troubled past that is about to be awakened.

After a Haverford descendant, dead for over a century, sends Libby cryptic messages for help, Libby decides to seek the aid of the local townspeople. However, as the hidden history begins to be uncovered, Libby will learn that sometimes the past is better left buried.