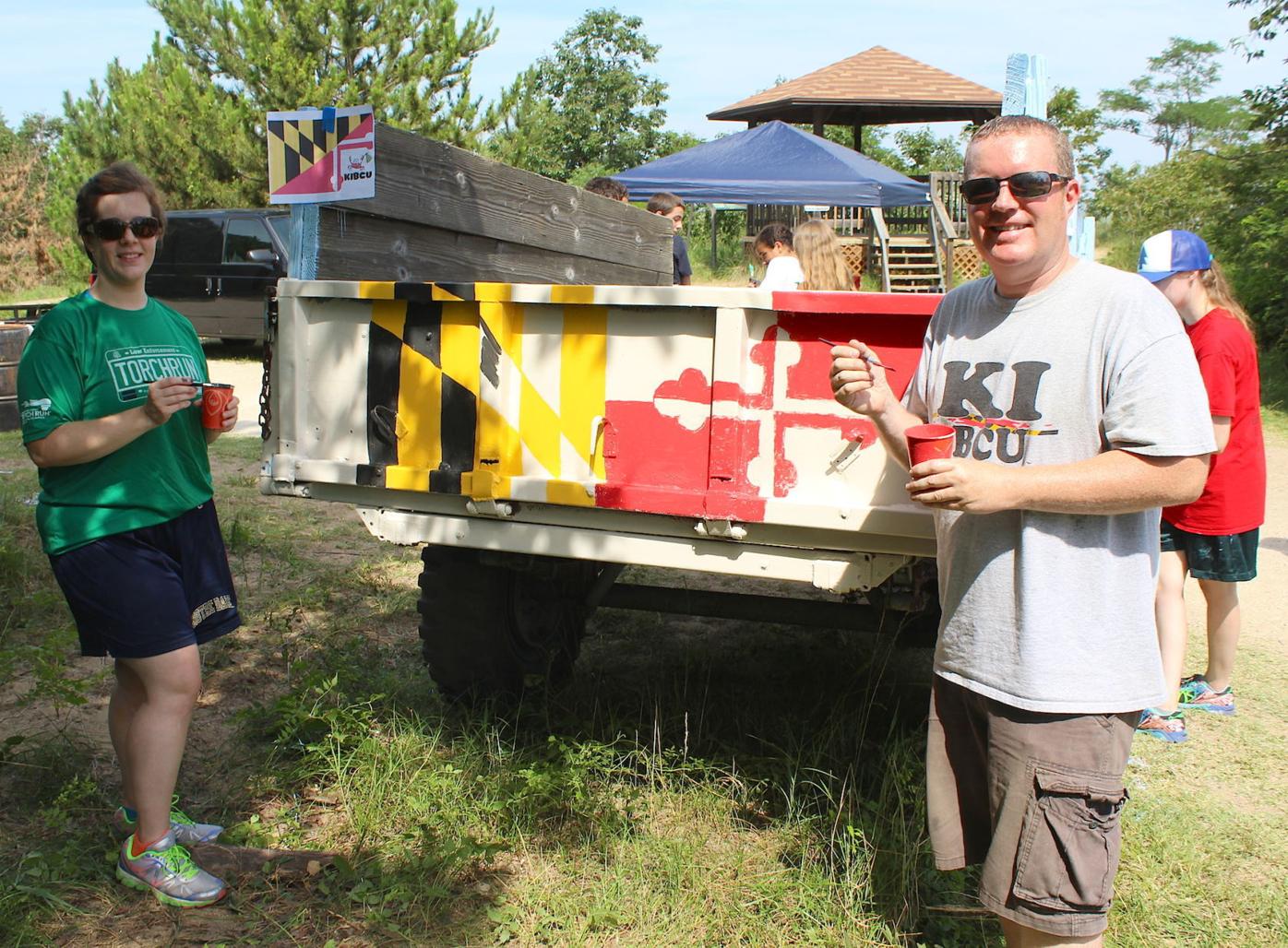 Kent Island Beach Cleanups volunteers Kathleen Simpson, left, and Jon Weed are among the participants Saturday morning, July 16, 2016, at Terrapin Beach in Stevensville, painting the trailer used to haul away trash collected during the beach cleanups. 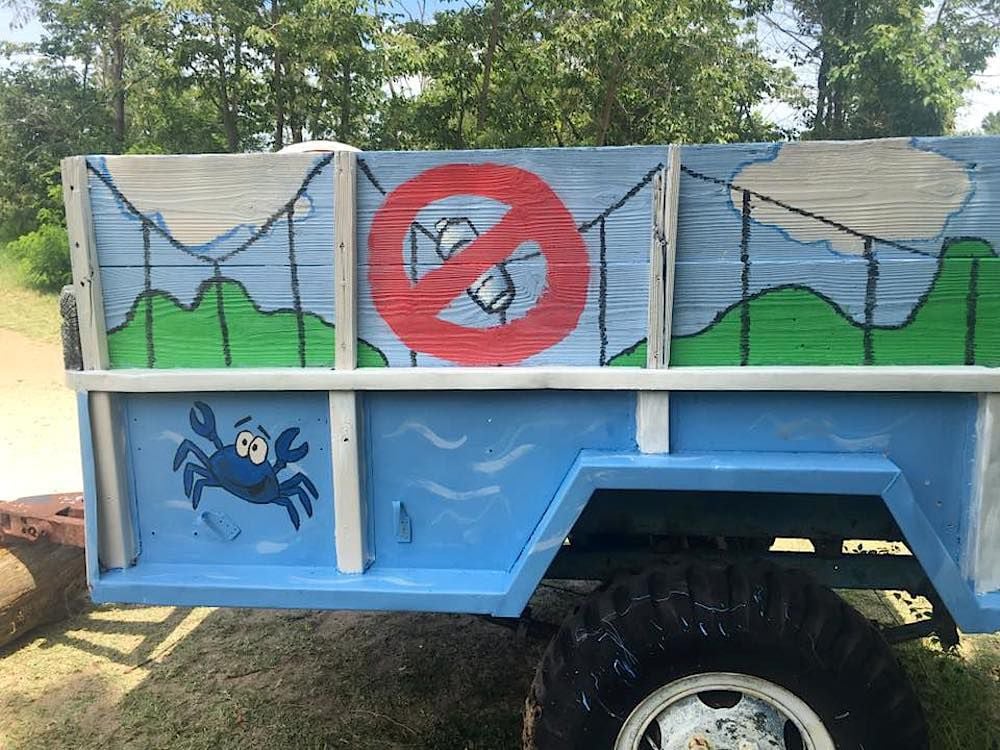 Kent Island Beach Cleanups volunteers Kathleen Simpson, left, and Jon Weed are among the participants Saturday morning, July 16, 2016, at Terrapin Beach in Stevensville, painting the trailer used to haul away trash collected during the beach cleanups.

STEVENSVILLE — April ushers in a new season for Kent Island Beach Cleanups, the local nonprofit organization dedicated to ridding county beaches of trash. KIBCU will host its first cleanup for 2017 at Terrapin Beach on April 15.

The youth involvement is one of the things Weed is most excited about this year. Kent Island Beach Cleanups has added three interns from Kent Island High School — two freshmen, Sarah Miller and Morgan Fleegle, and a sophomore, Delaney O’Brien, who also happens to be president of her class and a member of the Interact Club.

“They came in with so many great ideas,” Weed said.

The interns will assist with cleanups and with social media, such as Instagram and Snapchat, and “each of them has to initiate their own beach cleanup event, their own project,” Weed said.

In return for their help, the interns will receive credit for volunteer service hours and letters of recommendation, she said.

Also new this year is a partnership with TerraCycle, a global company that “reuses, upcycles and recycles waste instead of incinerating or landfilling it,” Weed said. “This moves waste from a linear system to a circular one.”

“Those are the most common beach plastics we find. Instead of going into the county landfill or a transfer station, the rigid plastics will be shipped to TerraCycle in New Jersey,” Weed said.

TerraCycle will separate the plastic by type, clean it and then melt it into a hard plastic that can be remolded to make new products.

“This really puts us in line with what other cleanups are doing,” Weed said.

Kent Island Beach Cleanups will roll out the new program at its second cleanup, set for April 22 at the Kent Narrows fishing pier area, she added.

Last year, KIBCU expanded its efforts to include the beach by Hemingway’s and a roadside cleanup. This year, they may do some water based cleanups, Weed said.

“There’s so much trash to be picked up,” she said, and more hands are always needed.

Cleanups are regularly held on Saturday mornings. Registration begins at 8 a.m. with the cleanup starting no later than 8:30. The cleanups usually finish by noon, depending on how many volunteers attend.

While some special cleanups draw a large crowd, such as the Ocean Conservancy’s International Coastal Cleanup that counted more than 100 volunteers locally, “we need more people on our regular cleanups,” Weed said.

How does one become a volunteer?

“Just show up,” Weed said. If someone can’t commit a whole morning, that’s OK. Volunteers can leave whenever they like.

All volunteers must sign a participation waiver; those volunteers under 18 must have the waiver signed by a parent or guardian. Students can earn service learning hours for participating in cleanups.

“Bring a reusable water bottle,” Weed advised. The organization provides water to fill your bottle, but no longer provides bottled water in effort to reduce the consumption of single-use plastic, she said. A light snack is also provided.

Weed praised the people who work with KIBCU. Her organization works closely with Chip Price, parks director, because most of the property KIBCU is cleaning belongs to the county.

“We have a true, dedicated board of directors. I have some people that can really give me their time,” she said.

They’re all dedicated to the cleanup cause, she said.

On KIBCU “Spirit Days,” Sweet Frog donates a portion of the entire day’s proceeds, open to close, Weed said. Also on those days, KIBCU volunteers staff an information table in the evenings to talk to the community about the organization.

“We had several families sign up to volunteer just coming through Sweet Frog,” she said.

The organization can always use donations of supplies and snacks. And volunteers are participating in a variety of activities to help spread information about the cause.

In March, KIBCU held a LuLaRoe fundraiser and participated in Get Pumped for Pets.

Coming up, KIBC volunteers will participate in Shore Kids Connection and at Kent Island Day with a booth selling T-shirts, stickers and baked goods, Weed said.