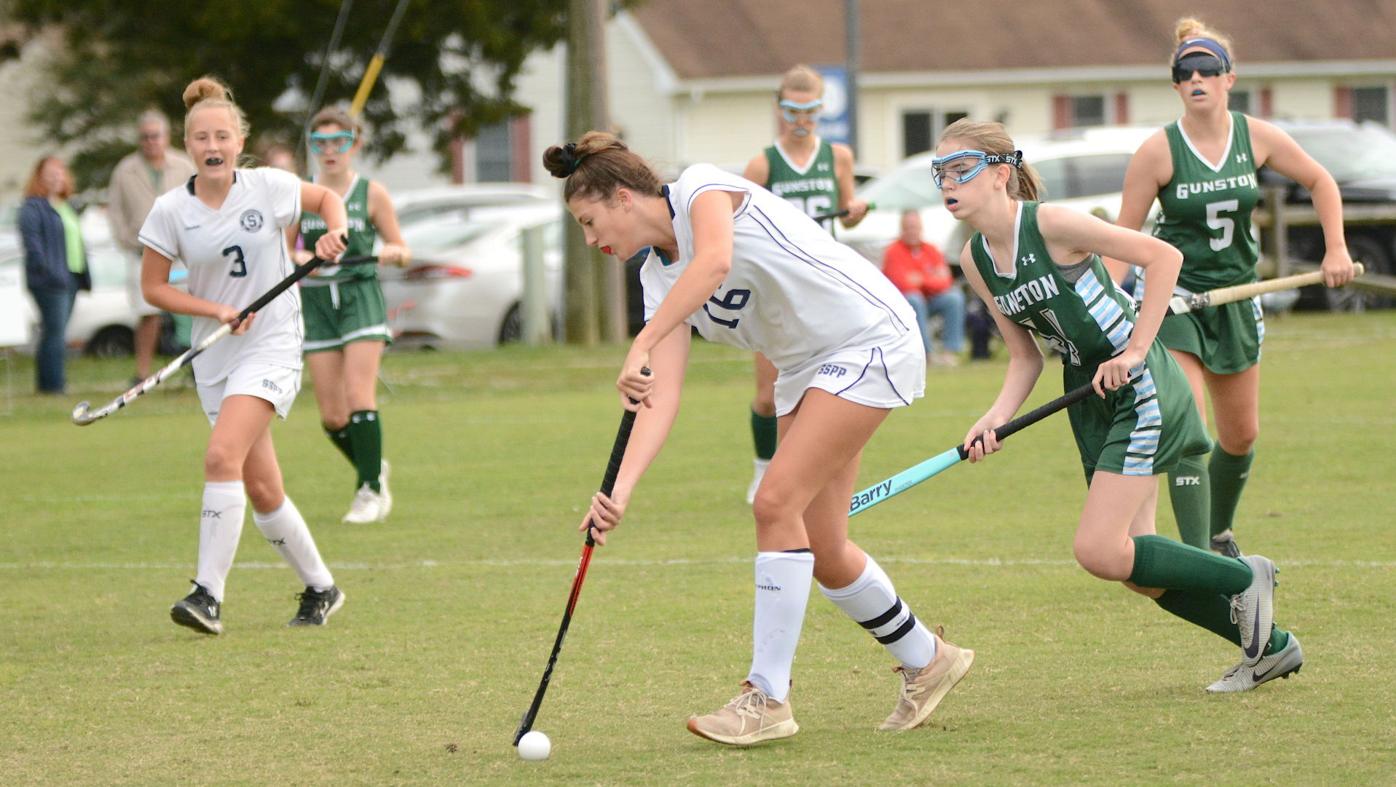 Saints Peter and Paul’s Joy Perry (16), who had two assists, steers the ball toward the cage during Tuesday’s first half against Gunston. 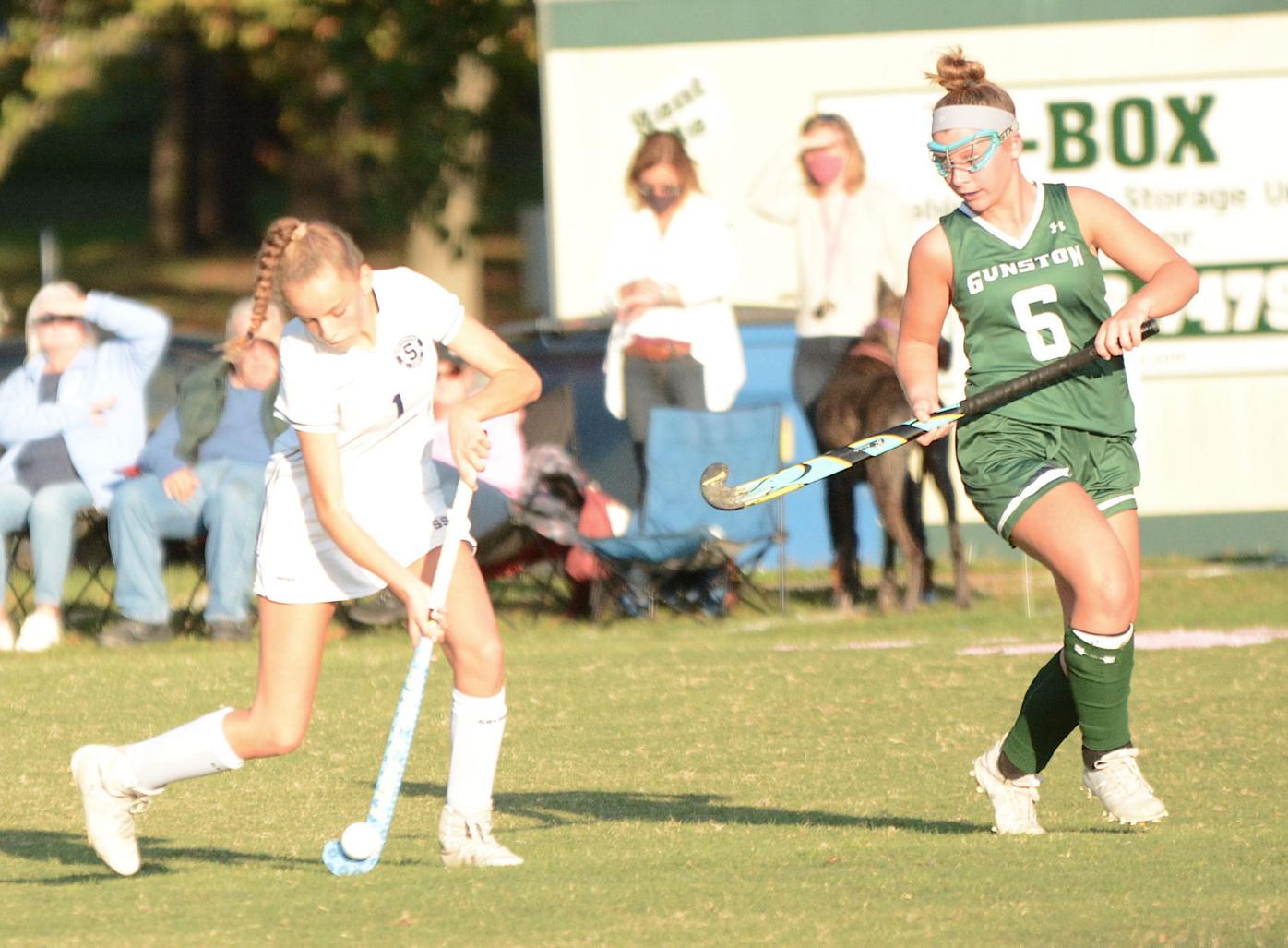 Saints Peter and Paul freshman Morgan Quade, left, who had a hat trick, drives the ball while being defended by Gunston’s Reagan Gessford during Tuesday’s second half. 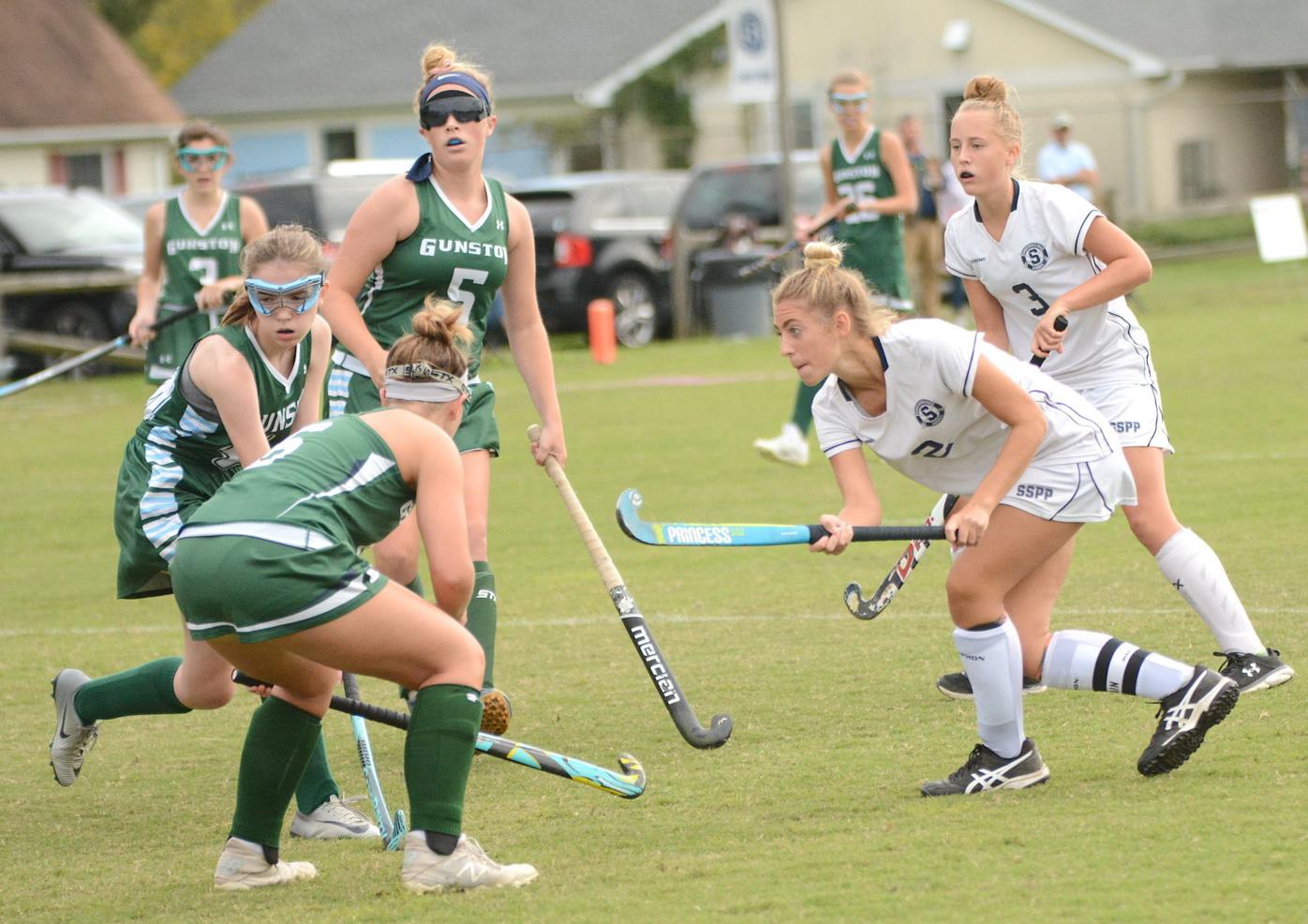 Saints Peter and Paul’s Nancy McGettigan (2) drives a ball through Gunston’s defense during Tuesday’s first half.

Saints Peter and Paul’s Joy Perry (16), who had two assists, steers the ball toward the cage during Tuesday’s first half against Gunston.

Saints Peter and Paul freshman Morgan Quade, left, who had a hat trick, drives the ball while being defended by Gunston’s Reagan Gessford during Tuesday’s second half.

Saints Peter and Paul’s Nancy McGettigan (2) drives a ball through Gunston’s defense during Tuesday’s first half.

EASTON — Oh, how she wishes there could have been a few more games to teach and reinforce a few more lessons.

A season that, while abbreviated, is not over just yet.

The Sabres made sure of that Tuesday afternoon, Oct. 26, as freshman Morgan Quade netted a hat trick while the defense logged its third consecutive shutout in a 4-0 blanking of The Gunston School that earned Saints Peter and Paul a spot in Friday’s Eastern Shore Independent Athletic Conference championship against defending champion and unbeaten Holly Grove.

“I just want to win,” said Sabres senior Joy Perry of Friday’s 3:30 p.m. title game in Westover. “We went to the championship last year as well against Holly Grove and we lost 1-0 and that was disappointing. I really want to win.”

The Sabres (3-1) lost 4-2 to Holly Grove in this year’s season opener, but haven’t lost, or yielded a goal since.

“They are continuing to grow because I’ve got some young ones in the back,” McQuaid said of a defensive unit that includes freshman Schuyler Gary, sophomores Katharine Tuttle, Paige Simonsen and Evelyn Murphy, junior Madi Hernandez, and goalies Maddie Brice (junior) and Victoria Lafferty (freshman).

That unit rarely saw the ball cross midfield during Monday’s 8-0 victory over Delmarva Christian. Gunston (2-2) managed to work deep into Sabres territory several times yesterday, but only earned only one penalty corner, and didn’t get a shot on goal until 6 seconds remained in the third quarter, when Brice easily kicked away a ball headed toward the right post.

Offense was not a problem for Saints Peter and Paul, which totaled 27 shots and 20 penalty corners.

“If we can stop shooting at the goalie, put some more goals in,” McQuaid said with a smile. “But we played hard the whole time. Much better game. Passing game was better. Positioning was better.”

And the player who seemed positioned at the right place and the right time was Quade, who started crafting her hat trick with just under 6 minutes remaining in the first quarter, when she converted a feed from Nancy McGettigan.

But despite racking up nine penalty corners and eight more shots on goal in the first quarter, the Sabres couldn’t put another shot past Herons goalie Erin McDonald (nine saves), who played the first and fourth quarters, while Sophia Kent (nine saves) played the second and third periods.

Sts. Peter & Paul finally broke through against Kent with 5:13 remaining before halftime when Perry, on a penalty corner, inserted a pass to Gennie Webb, who dished to Quade for her second goal.

“She’s learning to get in the right spot,” McQuaid said of Quade. “Her lacrosse skills have adapted her to move around a bit. She’s improving.”

The Sabres converted yet another corner 3:15 into the third quarter, when McGettigan received Perry’s insert feed and passed to Quade, who completed her hat trick. Six minutes later, McGettigan hammered a drive into the back of the cage for a 4-0 cushion.

“I think that first (Holly Grove) game we weren’t really sure how we worked together,” said McGettigan, who along with Perry are the team’s only seniors. “We actually were ahead and then they got a stroke and we kind of just got defeated. But I think now that we’re on a streak of having no goals on us, I think we’re all like gaining confidence, and we’re starting to work really well together; looking up, connecting passes and just getting it in the cage.”

Gunston head coach Yvonne Gazelle, who said the Herons may play a few more out-of-conference play days before calling it a season, said the field conditions were an important factor yesterday.