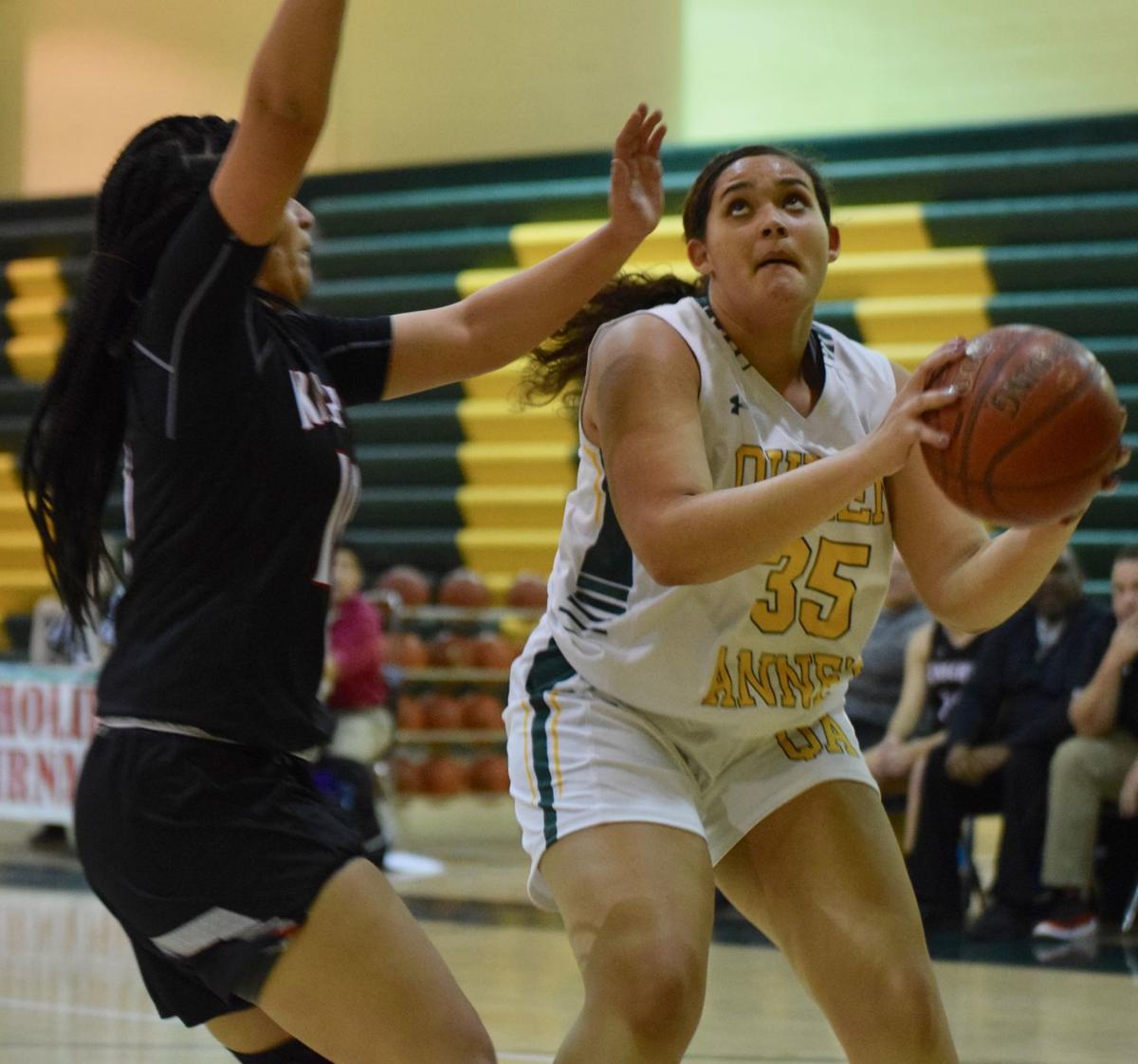 Queen Anne’s’ Jiyah Hollis looks to go up for a shot with North County’s Jalyn Baynard defending on Thursday during the Hyde Holiday Tournament. 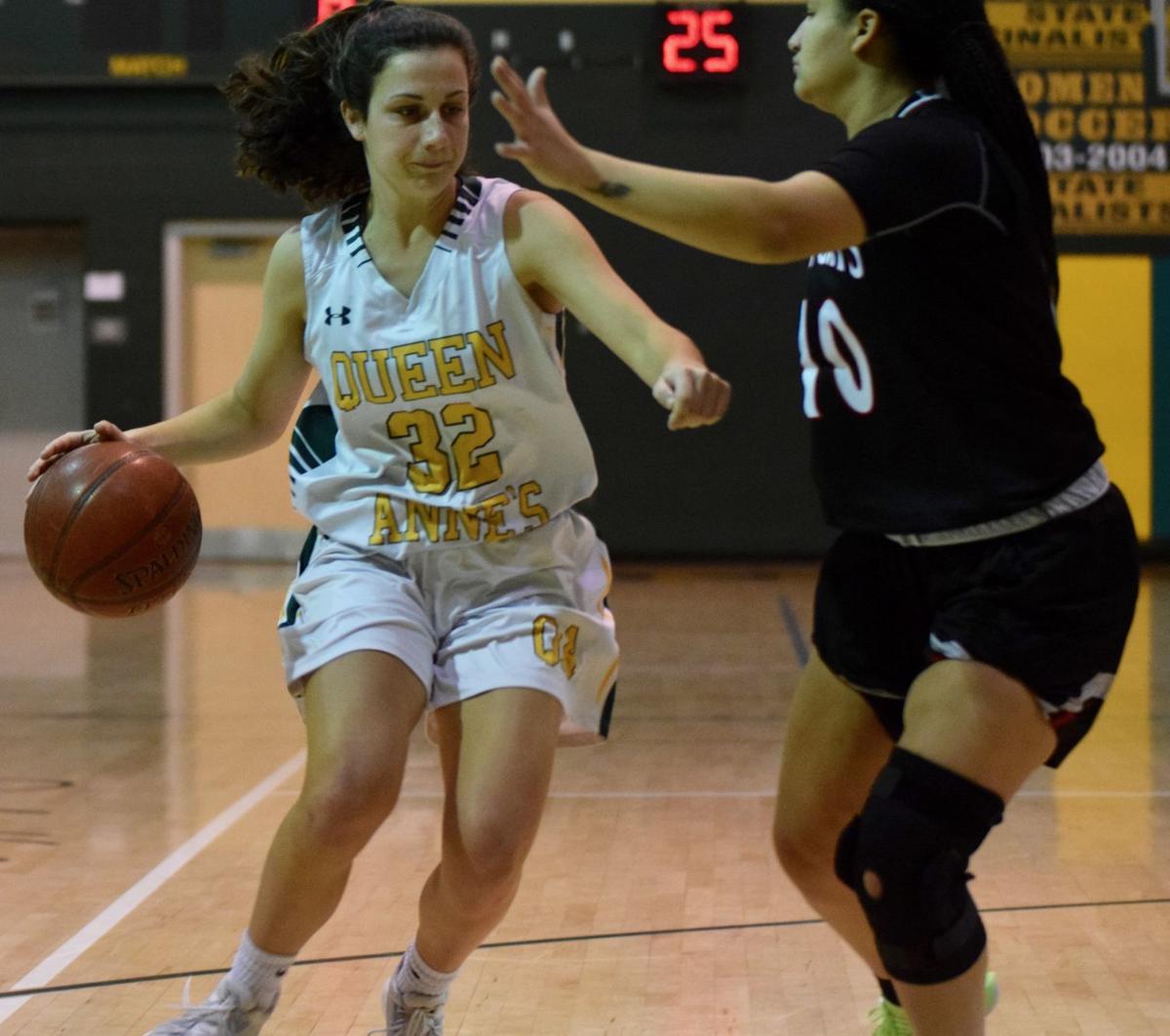 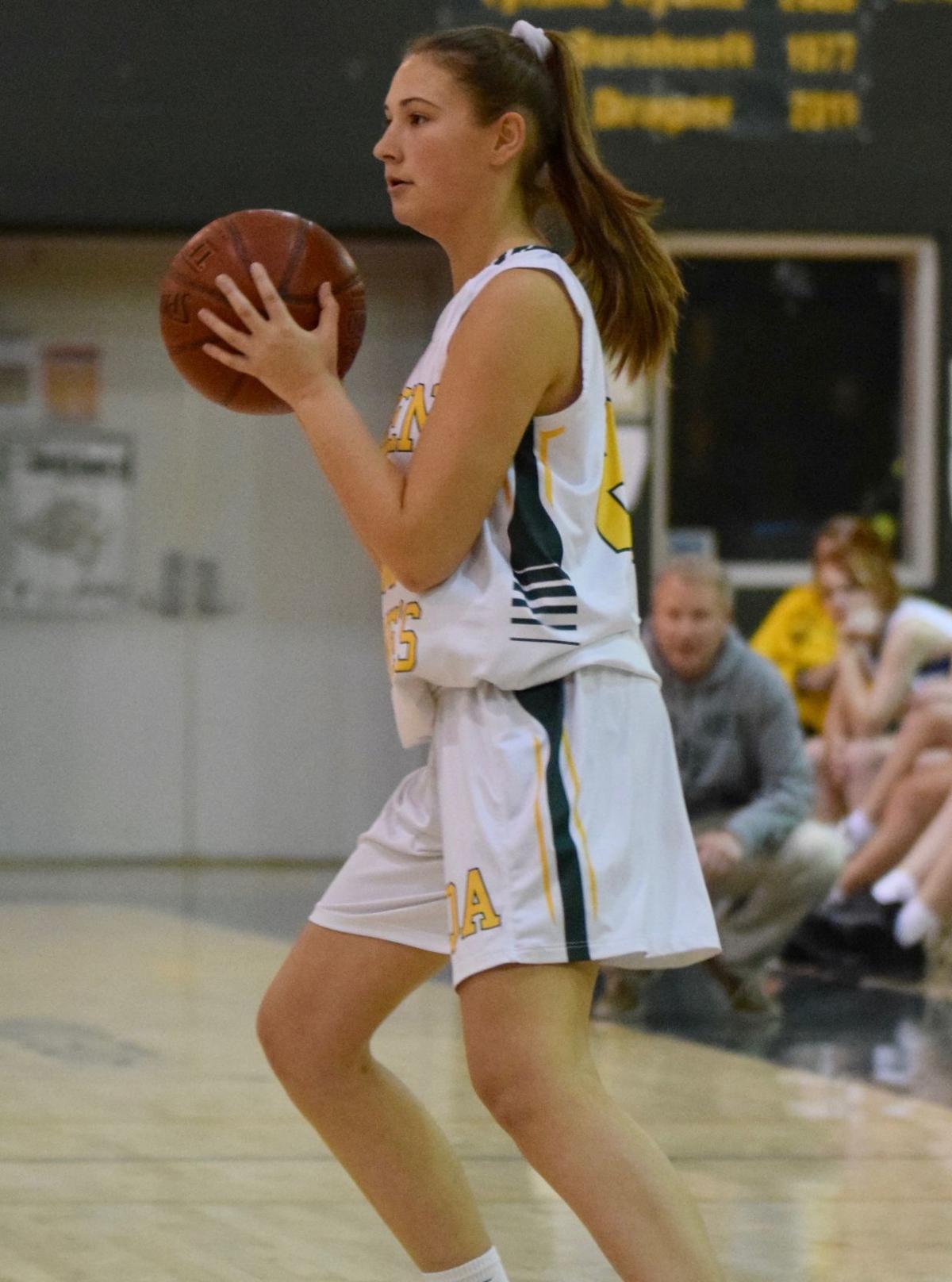 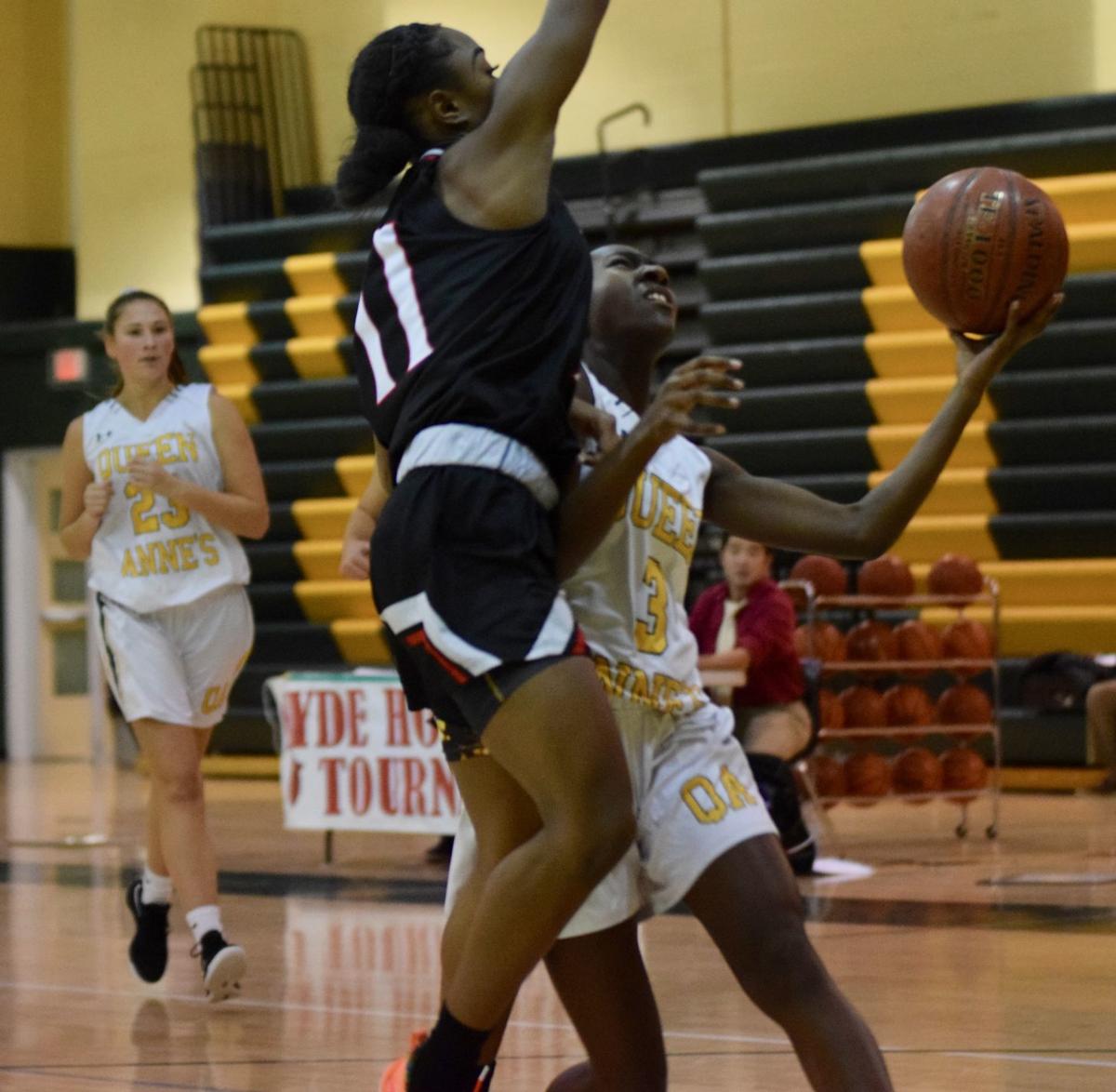 Queen Anne’s’ Jurnee Wilson goes up for a shot with North County’s Aireona Holland defending on Thursday during the Hyde Holiday Tournament. 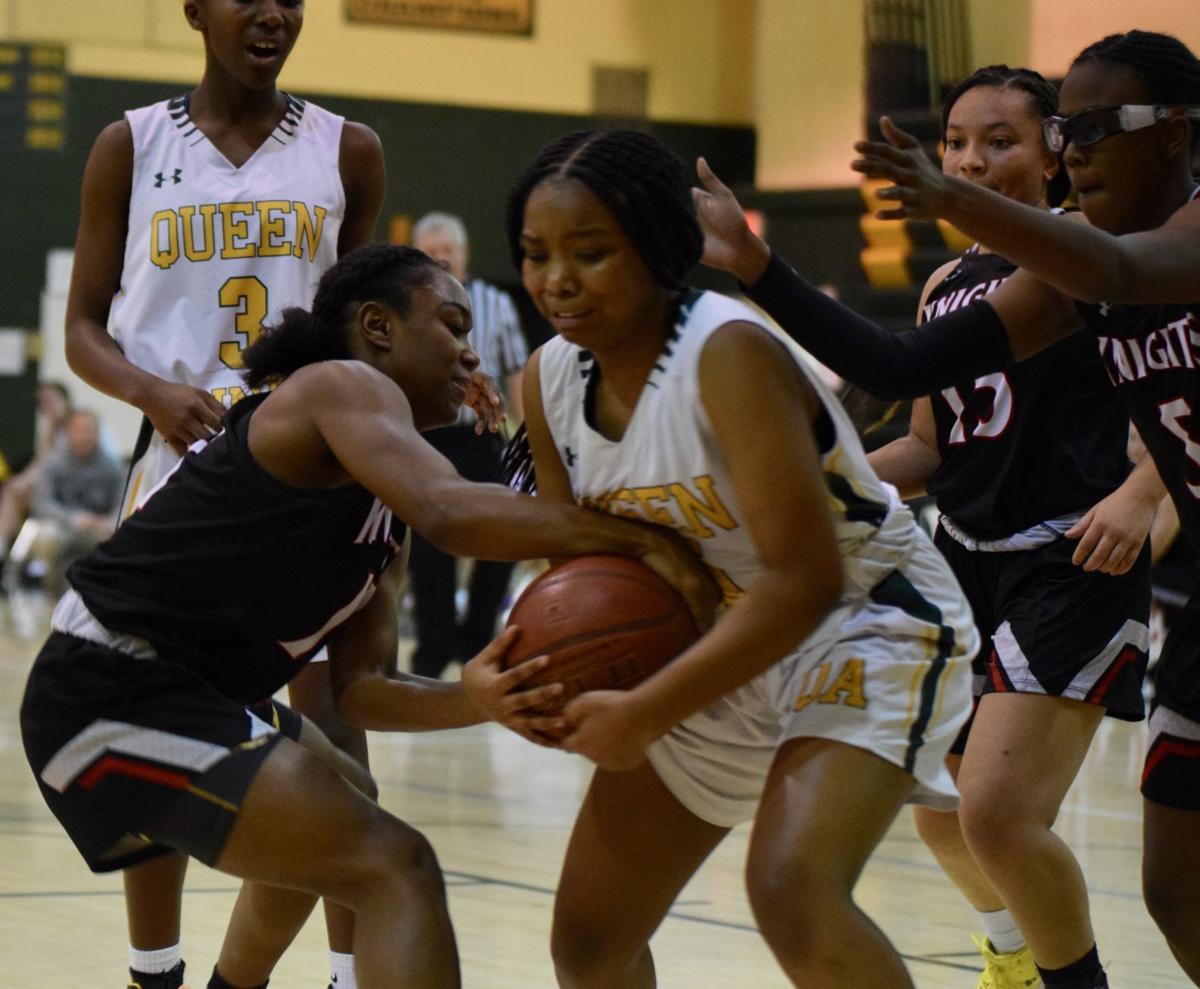 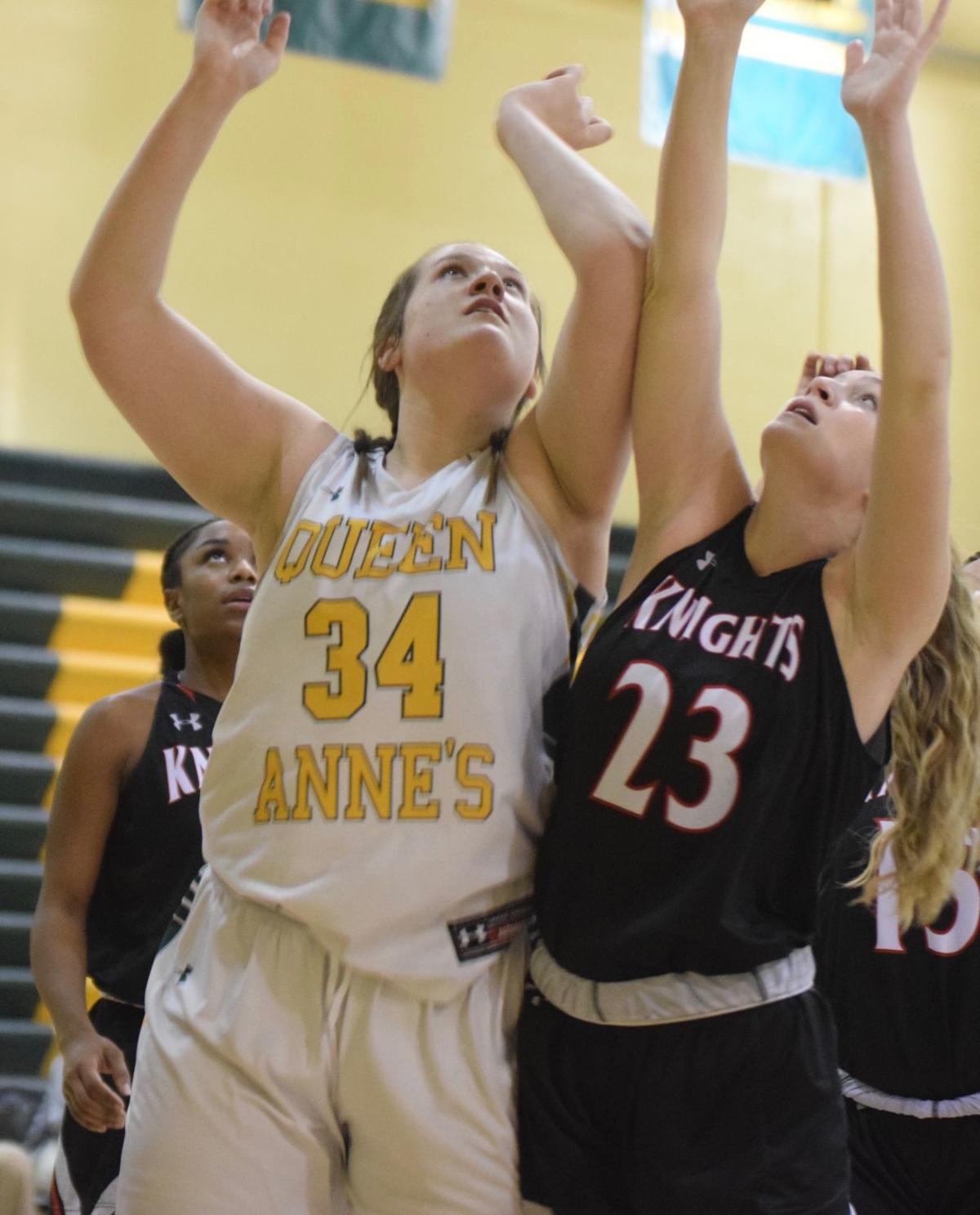 Queen Anne’s’ Kendal Moxey and North County’s Morgan Youngbar go up for a rebound on Thursday during the Hyde Holiday Tournament.

Queen Anne’s’ Jiyah Hollis looks to go up for a shot with North County’s Jalyn Baynard defending on Thursday during the Hyde Holiday Tournament.

Queen Anne’s’ Jurnee Wilson goes up for a shot with North County’s Aireona Holland defending on Thursday during the Hyde Holiday Tournament.

Queen Anne’s’ Kendal Moxey and North County’s Morgan Youngbar go up for a rebound on Thursday during the Hyde Holiday Tournament.

CENTREVILLE — Queen Anne’s returned from Christmas in strong fashion, advancing to the Hyde Holiday Tournament championship game with a 51-24 win over North County on Thursday, Dec. 26.

Queen Anne’s jumped out to a 13-2 lead through the first quarter and maintained at least a 15-point lead for most of the game. The Lions relied heavily on their front-court of sophomore Kendal Moxey and junior Jiyah Hollis, who both recorded double-doubles. Moxey scored 13 points and grabbed 14 rebounds, and Hollis put up 15 points and 11 rebounds.

The two forwards are key to Queen Anne’s chances this season.

“When they’re both playing well and not in foul trouble, we’re tough to beat,” Queen Anne’s head coach Mike Kern said. “They clean up some rebounds, and they play such good defense.”

Junior guard Jurnee Wilson set the tone early during the first quarter, and she was impactful on defense all game. She finished with six points, four rebounds and five assists.

Kern said Wilson routinely brings energy like she did Thursday.

“When Jurnee starts playing well, everyone kind of feeds off of her,” Kern said. “Her and Kendal both are like that, with their energy. They start playing with some energy, it gets the whole team going. Jurnee’s a tough competitor. She wants to win, she gives everything she has. Any coach would love to have a girl like her to play.”

North County was never able to fully recover from starting so slowly. The Knights couldn’t get much going inside, in large part because of Hollis and Moxey’s defense, and they struggled to get outside shots to fall.

The Knights’ transportation to Centreville was bumpy: their bus broke down during the drive, and they were stuck in Bay Bridge traffic for about an hour. But North County head coach Dan Mangum didn’t want to make excuses.

“We just didn’t execute,” Mangum said. “If you don’t score, you can’t win. They didn’t set the world on fire in the beginning, either. If we could’ve scored a few points and stayed in the game in the beginning ...”

“I think after the first quarter, until I pulled all my first six or seven players, that 15-point lead stayed there,” Mangum continued. “We got it down to nine or 10 one time in the third quarter. But plain and simple, we weren’t ready to play.”

North County made its small run to cut the deficit in the third quarter when Moxey got in foul trouble. She picked up her third foul less than 1:30 into the second half and immediately went to the bench. Her absence opened up a few looks inside that weren’t previously available.

Kern said Moxey’s absence took some energy out of the Lions, and players like Wilson, Hollis and senior guard Abby Blanchard needed to take control.

The Lions pulled away in the fourth quarter when Moxey returned.