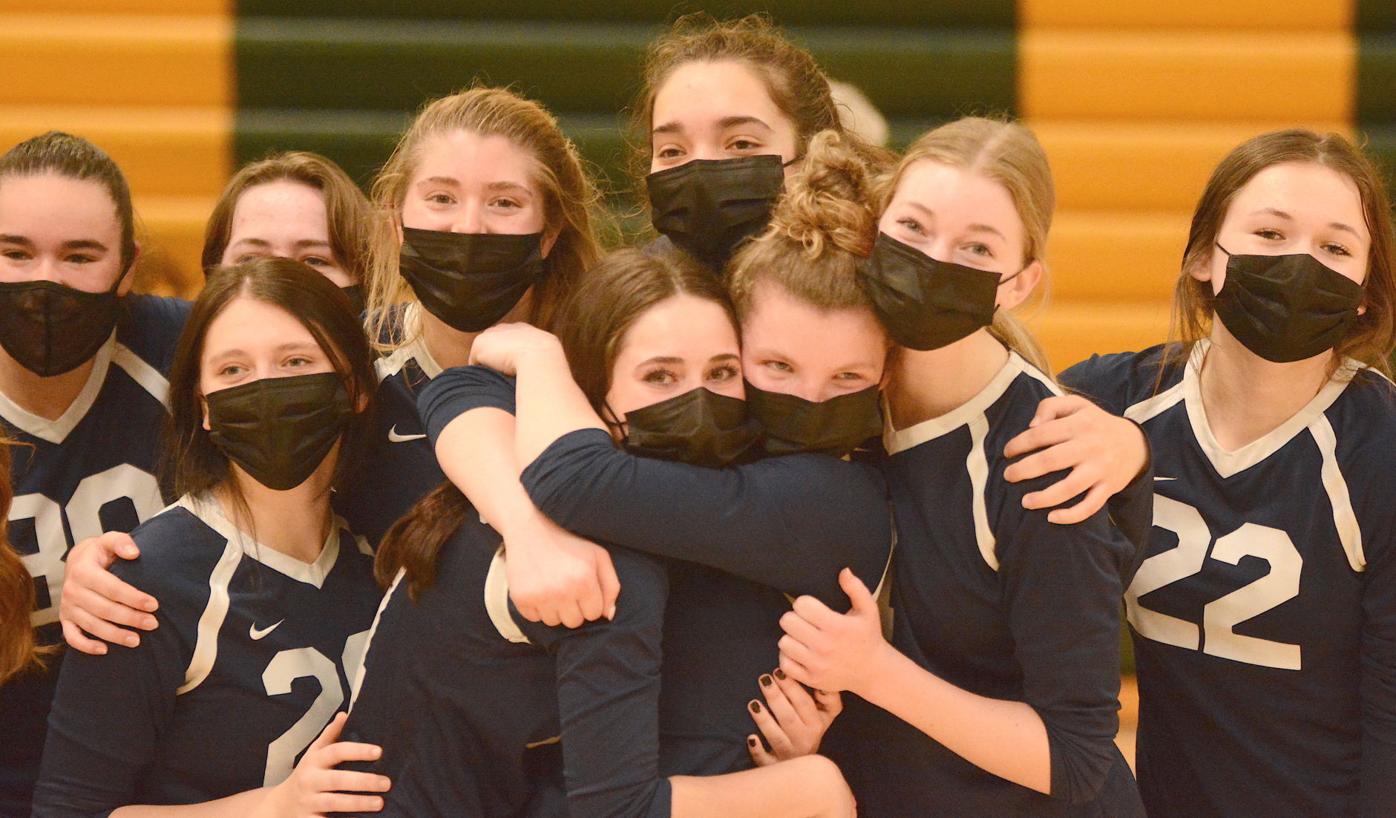 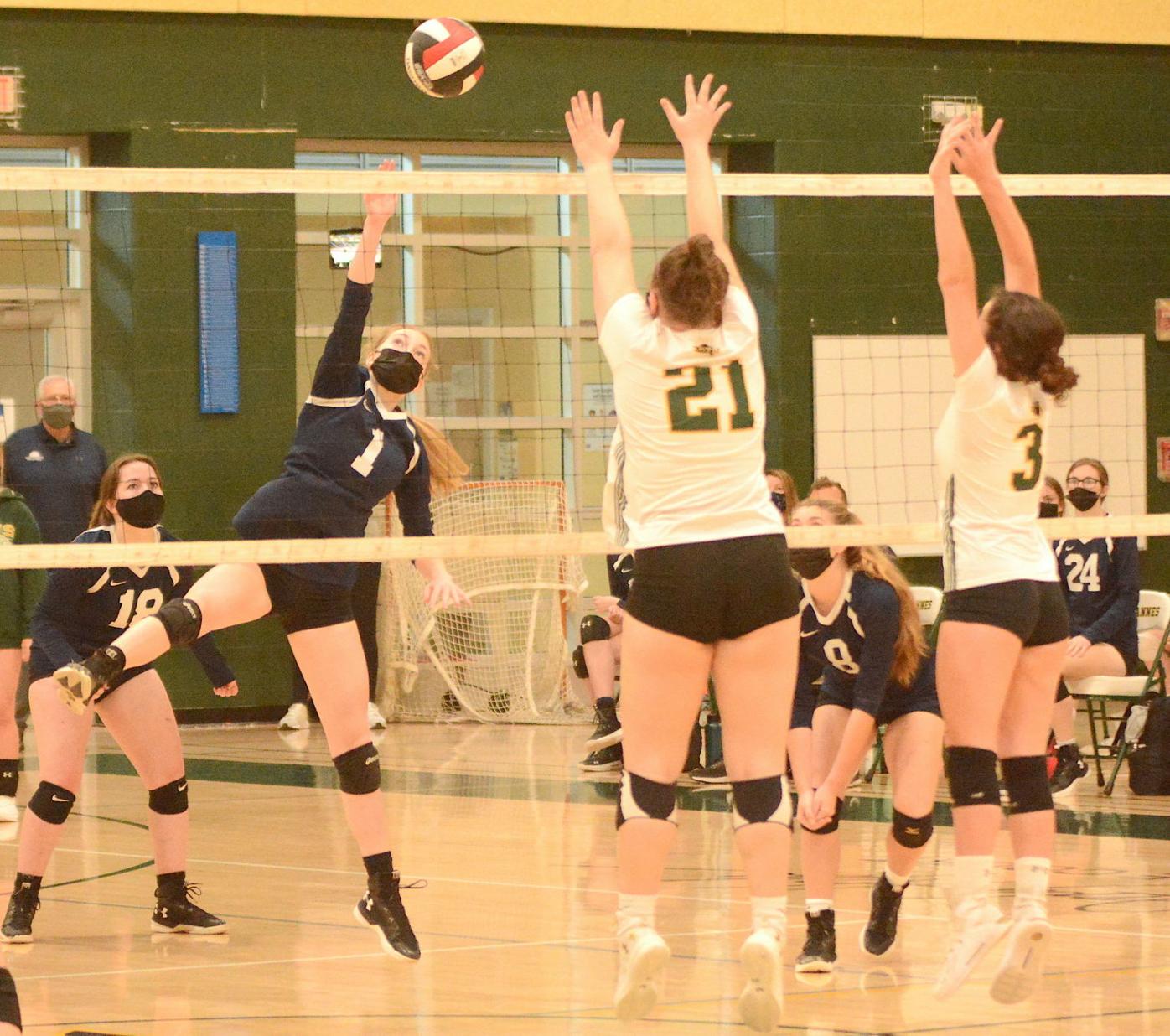 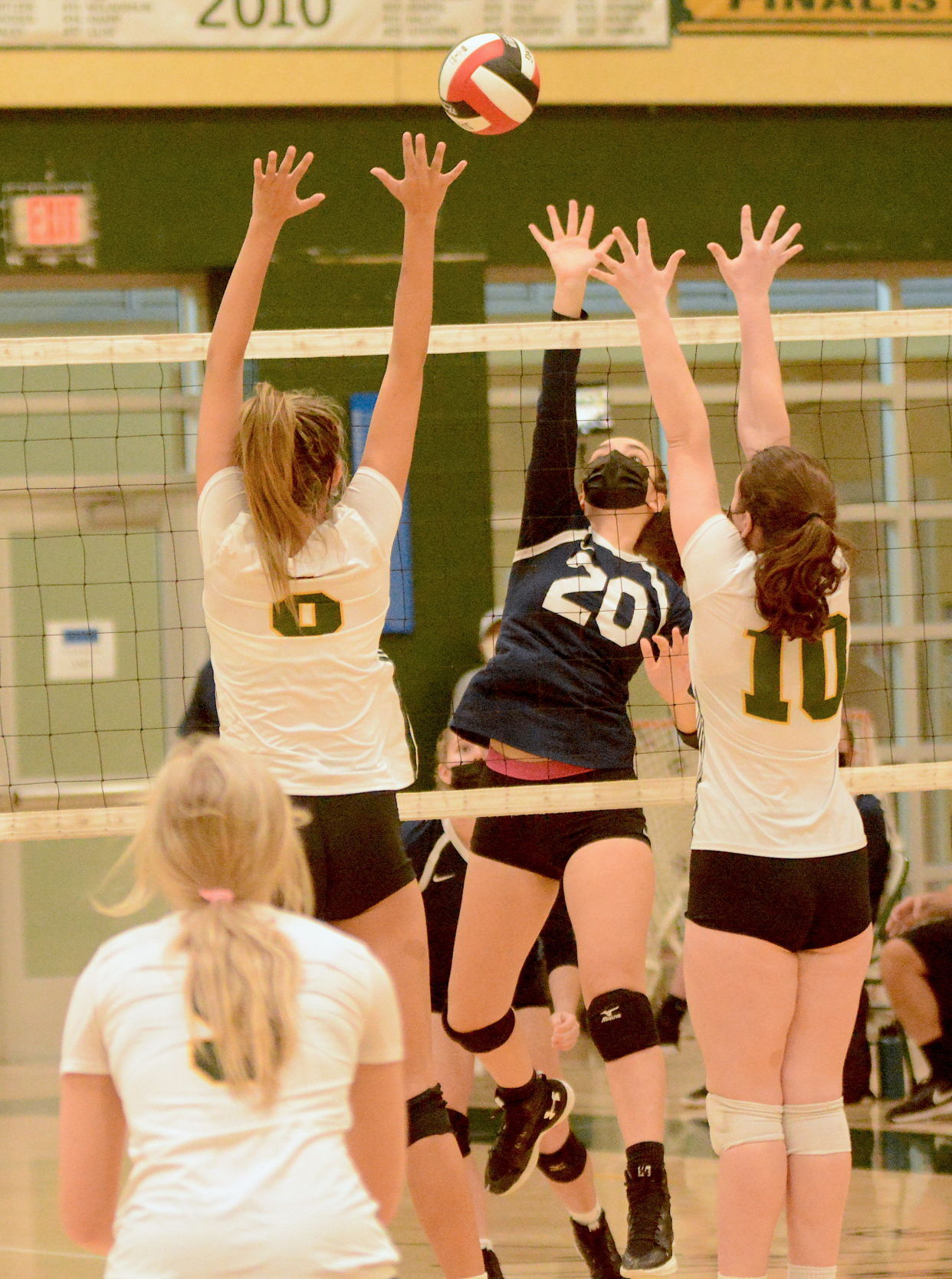 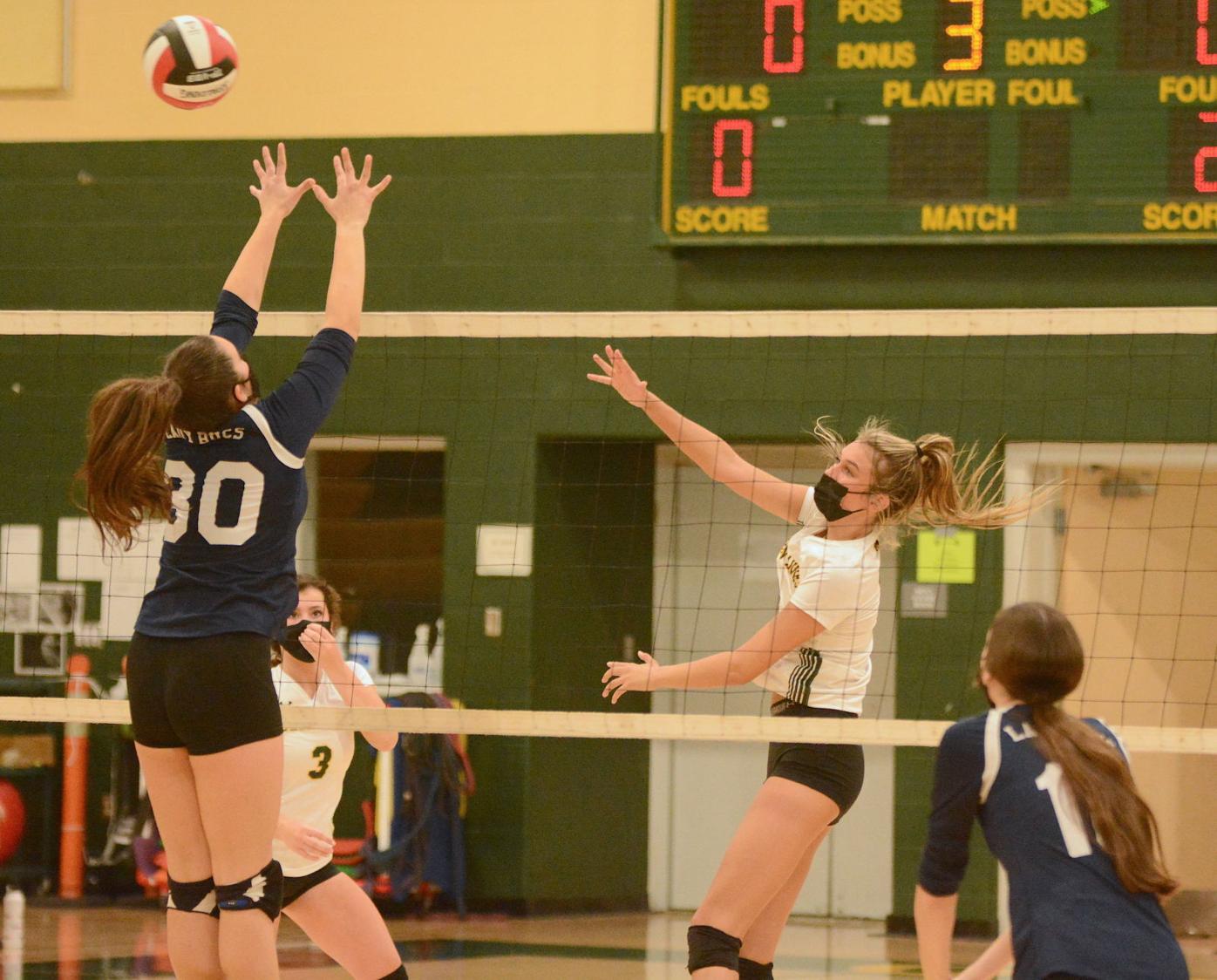 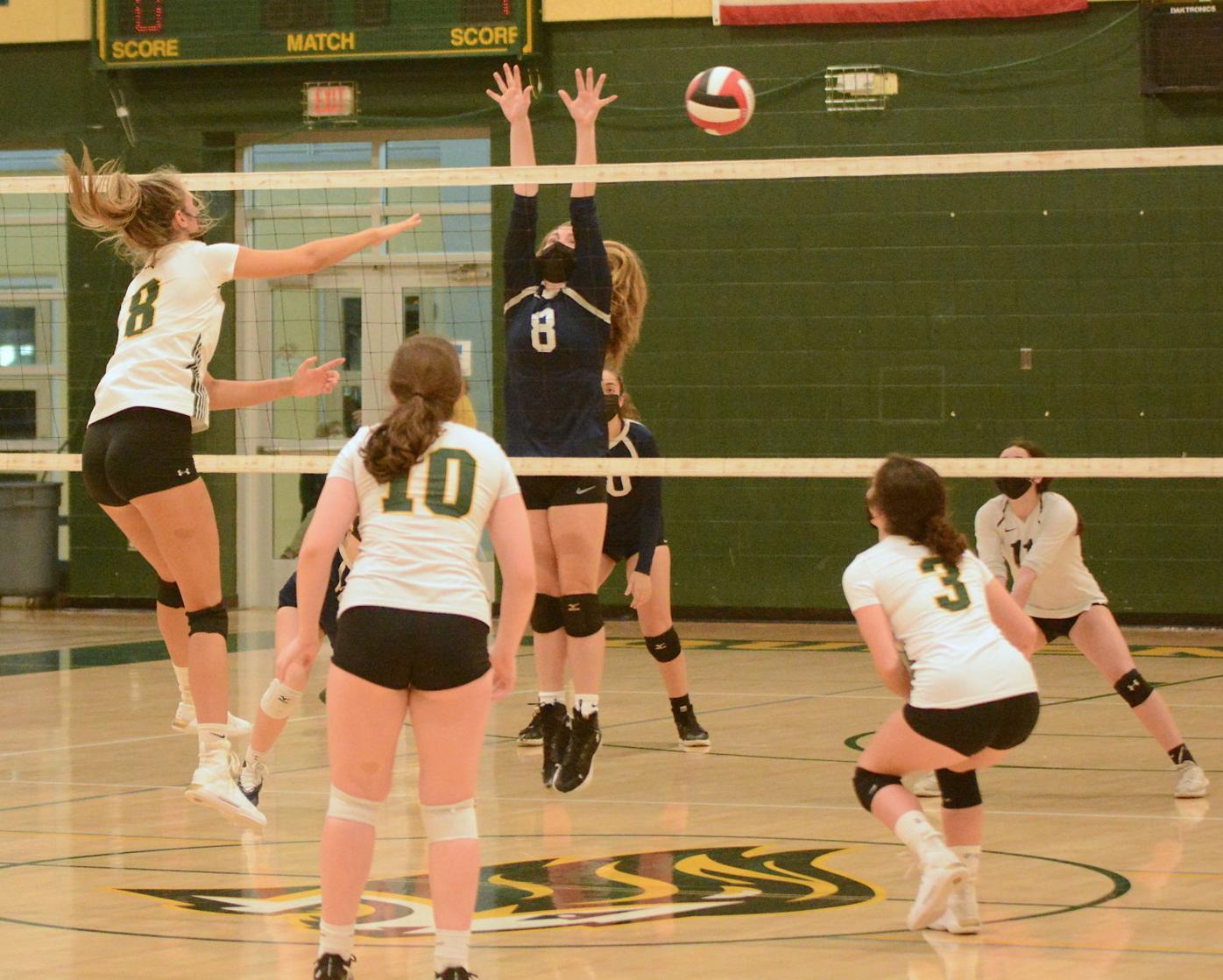 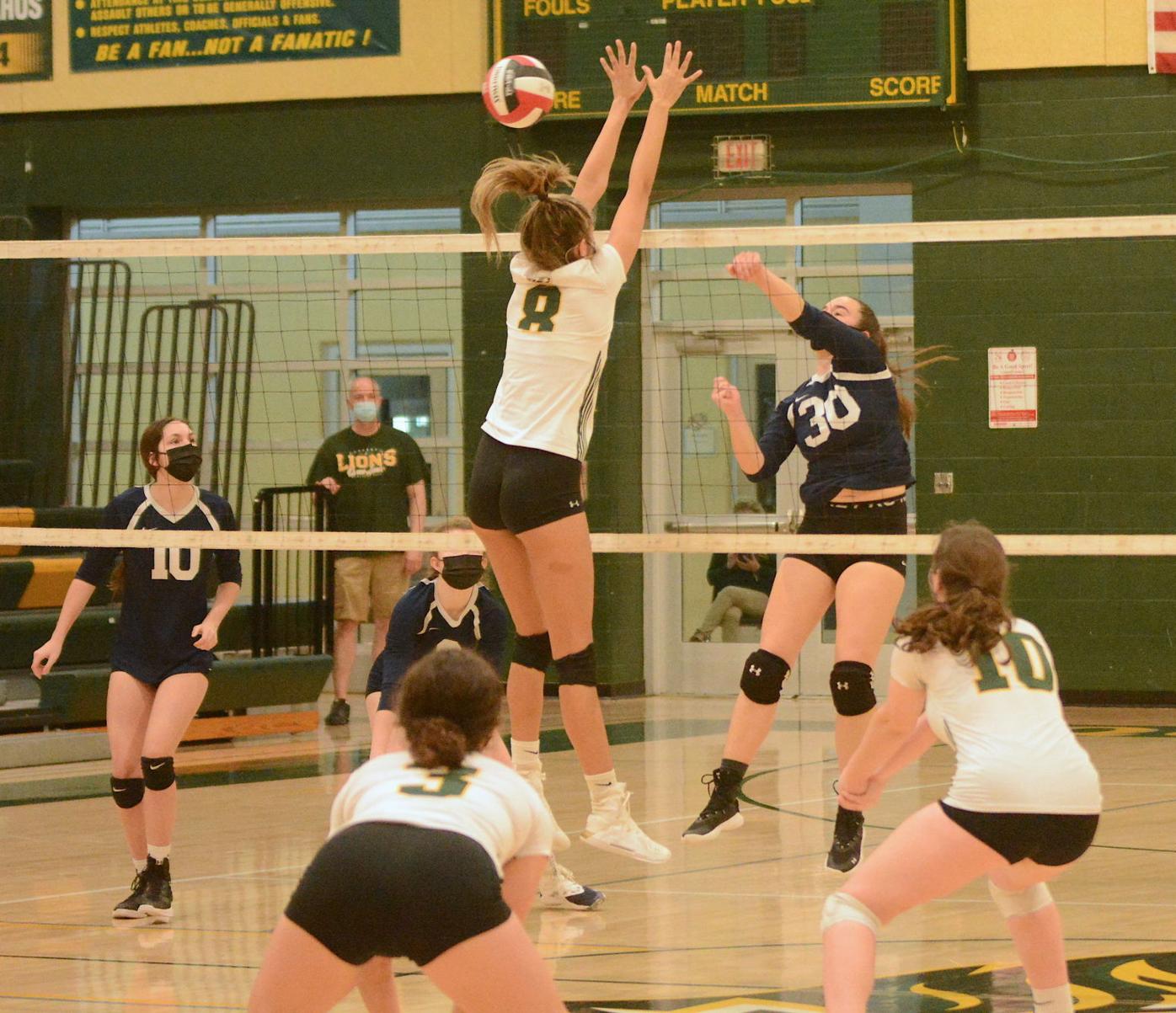 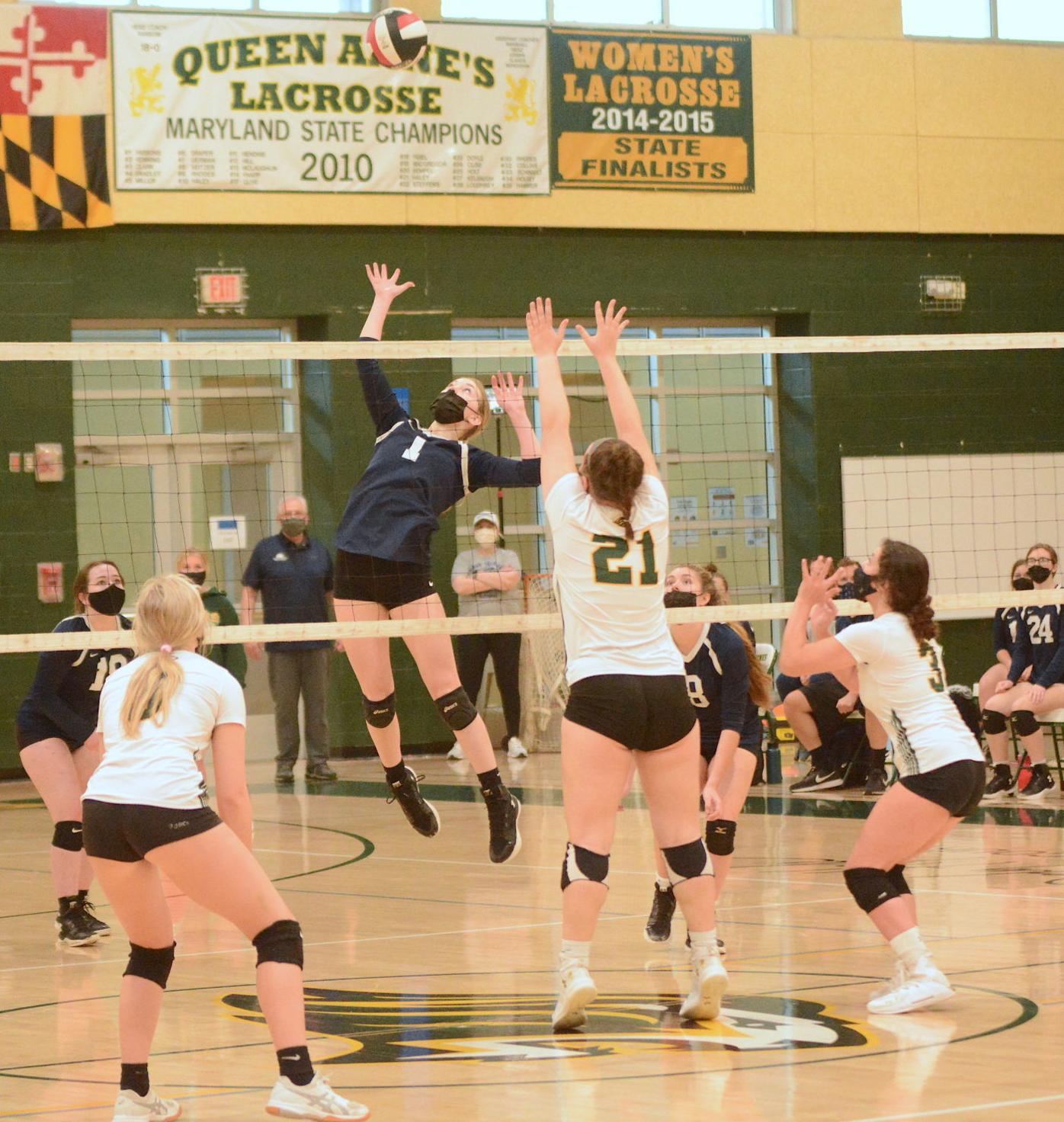 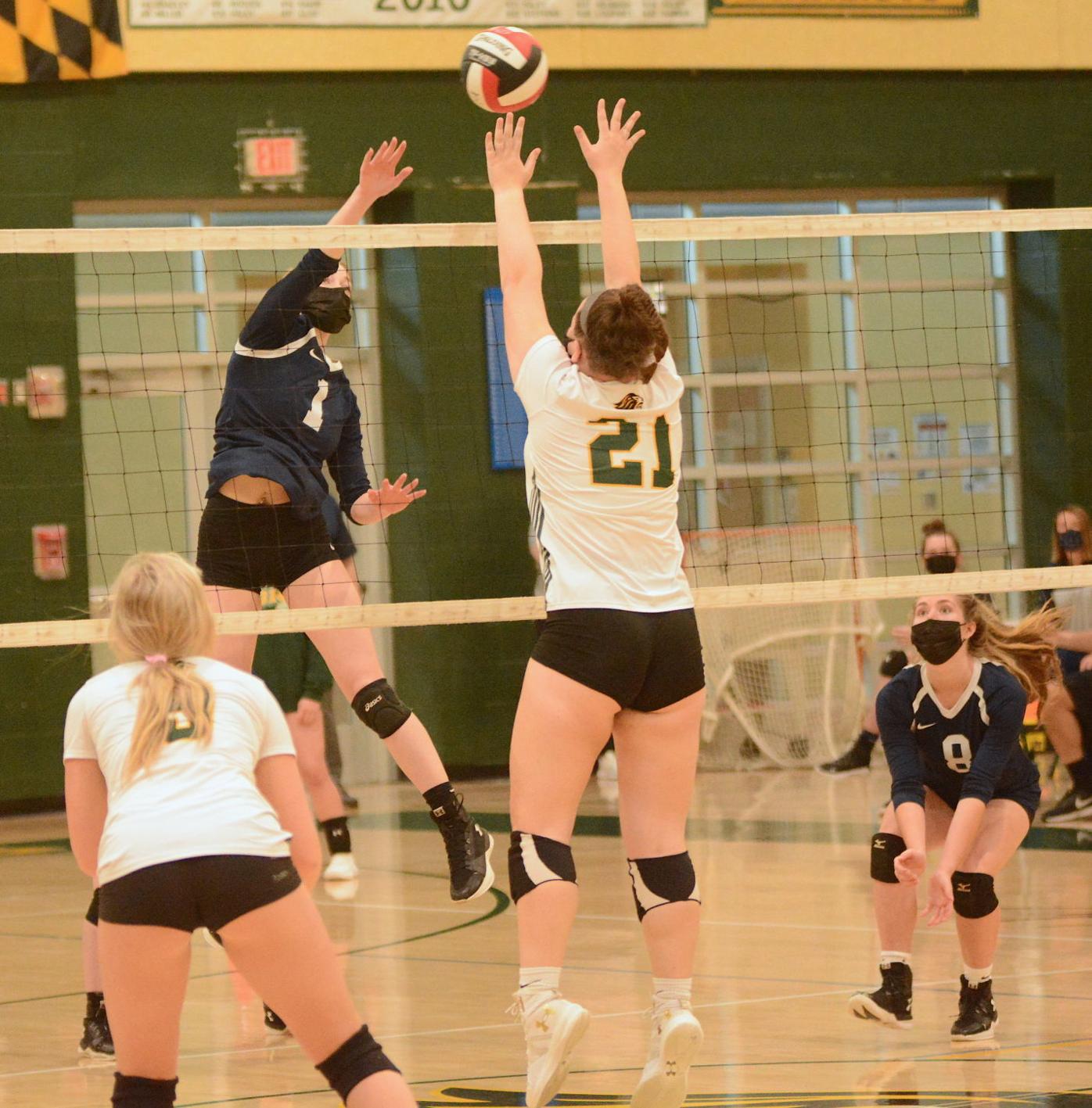 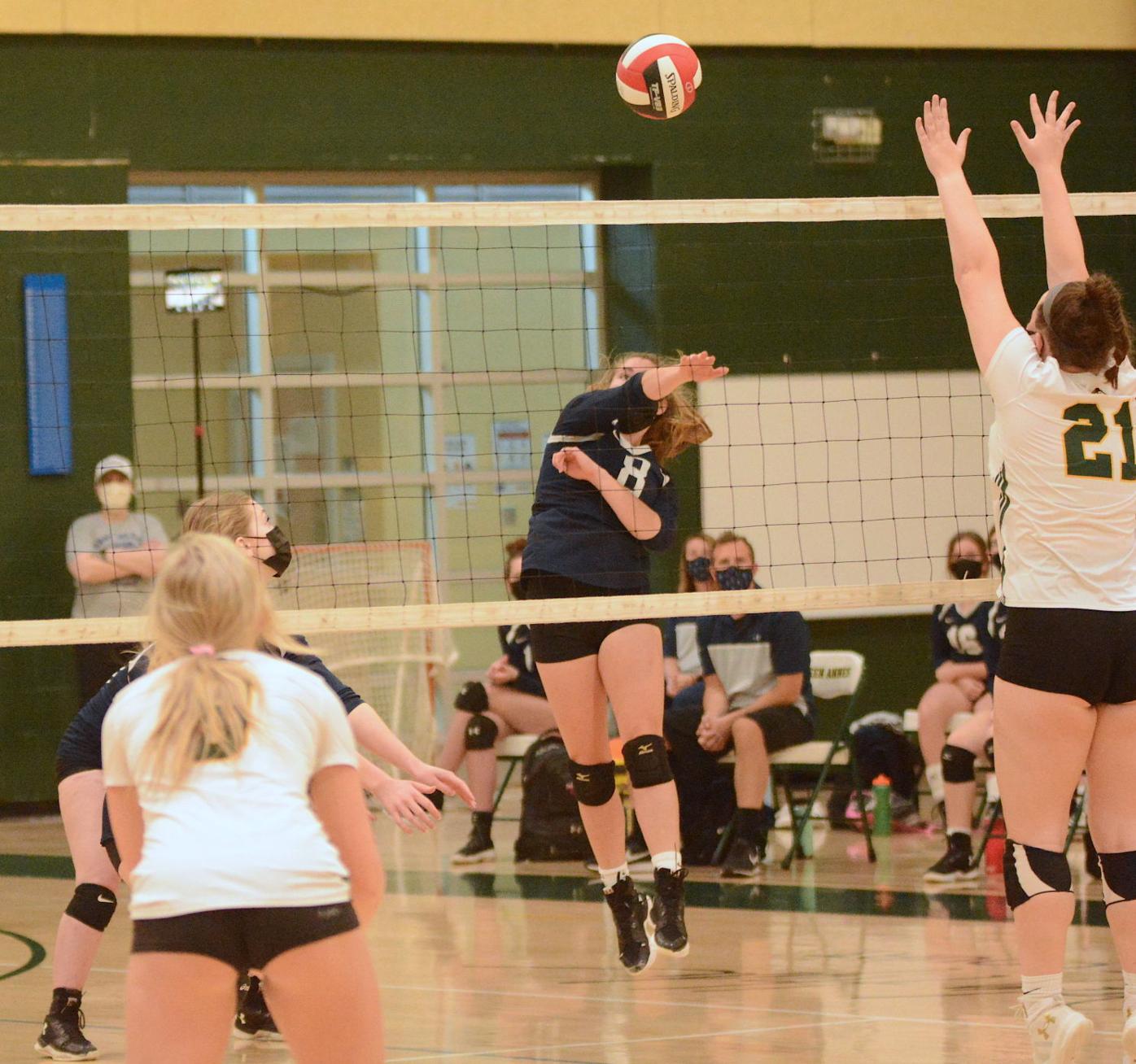 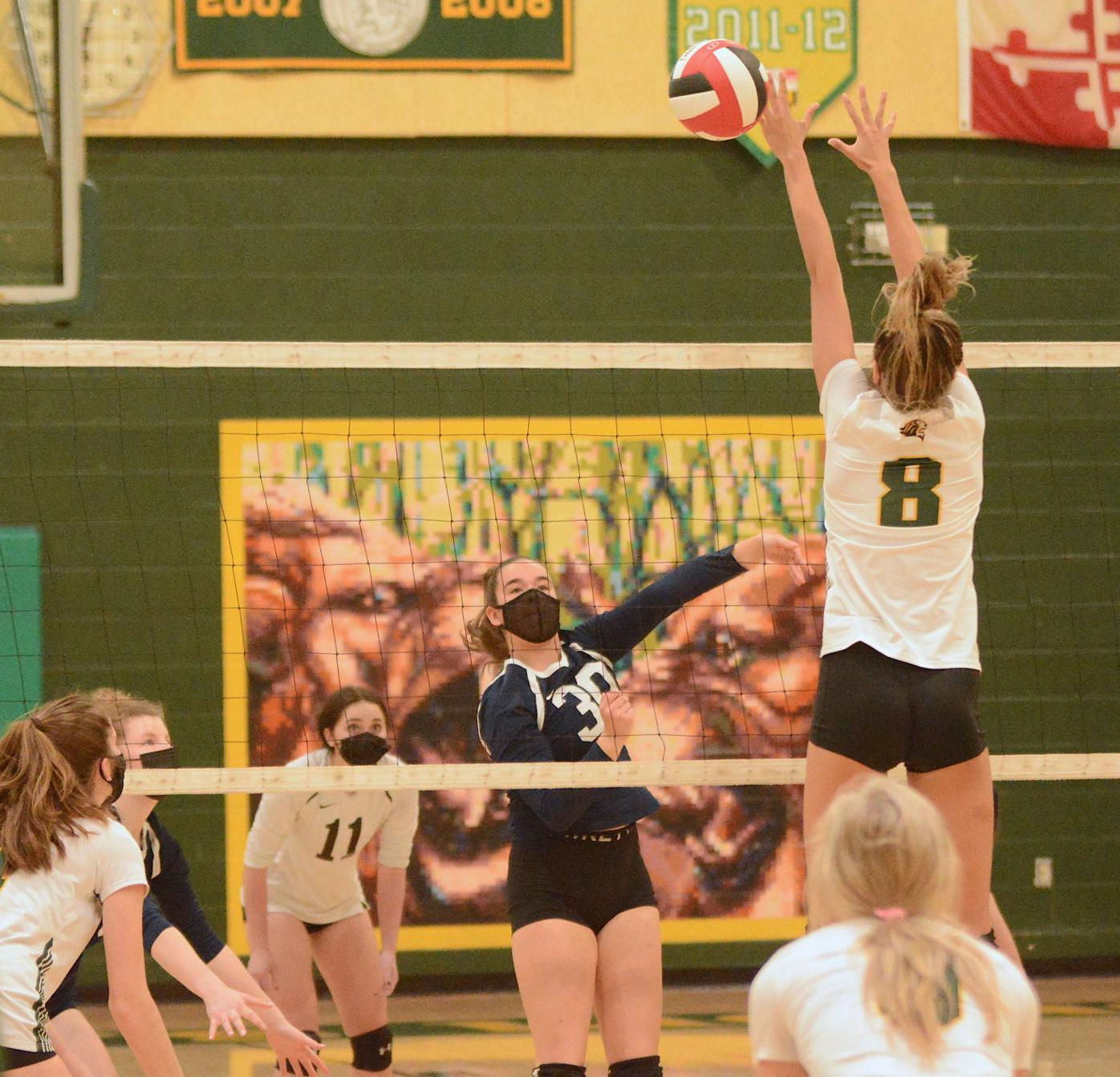 CENTREVILLE — A chance at a Bayside Conference or regional championship would have been nice.

But in an abbreviated season induced by the COVID-19 pandemic, a perfect season isn’t a bad consolation prize.

“I think we would have won the (Class 2A East) region, the whole Bayside. And this time we would have given Rising Sun a very good game,” said Kent Island head coach Glenn Brainer, whose team reached the 2A state quarterfinals in 2019, where it lost 3-0 to Rising Sun. “This was our year to do it. It’s a shame, but the girls went as far as they could with the way the situation was. They knew this was their year.”

They also knew there was no way they were going to let a potential perfect season slip away.

“Heck no. I didn’t think even for a second that we were going to lose going into this,” Kent Island senior middle hitter Emma DiPhilippo said. “There was no way. It was impossible.”

Two days after defeating Queen Anne’s 3-1 on its home floor, Kent Island looked like it was going to be in a tighter match, as the two teams reached their third tie in Game 1 at 4-4. But a 5-0 service run by Brooke Loveless pushed the Bucs to a 10-4 lead, which ballooned to 18-7 after Madison Ellwood went on a 5-0 tear from the serving line.

Kent Island put Queen Anne’s in yet another deep hole to start in second game, as a four-point service streak from Averie Lambden and OC Graham’s three-point flurry from the serving line gave the Bucs an 8-1 lead.

“That really was our weak point,” Queen Anne’s head coach Devin Beattie said of trying to recover from big deficits.

Queen Anne’s put together a big rally though behind the rapid serving of Tristyn Stewart (20 digs), who danced from one point to another on the service line. Down 11-4, Stewart drilled an ace, watched Taylor Walls (eight kills, seven blocks) sandwich a kill between two long Kent Island returns, then dropped another ace, pulling Queen Anne’s within 11-9 and prompting a timeout from Brainer.

Another long Bucs return made it 11-10, but the Lions could not pull even. Game 2 remained close until Lambden got on another hot streak with her serve, turning a 17-14 lead into a 22-14 bulge before the Lions ended the run with a block.

Queen Anne’s pieced together another rally, as Cecelia Schweitzer’s serve got the Lions within 23-19. But DiPhilippo found an open spot to tap down a winner before Ellwood hammered a kill that went off a Lions’ player’s hand for the 25-19 win.

“I honestly didn’t think this group would be as good as we were last year,” DiPhilippo said. “I was kind of nervous about that, even going into our first game against Easton that we won (3-2). It’s crazy to see how far we’ve come. I never would have expected it.”

Three-point service runs from Emily Gunther, Bitter and Stewart helped Queen Anne’s build a 14-5 lead in the third game. Kent Island would get no closer than eight points the rest of the way, a wide serve from Loveless cementing a 25-12 Lions win.

But the Bucs were unfazed in their huddle after losing only their fifth game of the season, with some players dancing to the between-game music blaring through the loudspeakers.

“Even if we lose a set, we’re still coming up and playing the best that we’ve ever played in that fourth set,” Kent Island senior Rachel Guerra said. “The reason why we do that is because there’s no pressure on us. We have nothing to lose. We’re a really good team and we definitely know that we’re able to come back. And we have the skills to come back.”

Game 4 featured an number of stirring rallies and seven ties, the last at 12-12. But Ellwood smacked a winner to give the Bucs a lead they never relinquished at 13-12. DiPhilippo then stepped to the service line, and never left, as the Bucs netted Game 4’s final 13 points for the 25-12 win.

“The same exact thing happened on Tuesday; won the first two, lost the third, came right back up,” DiPhilippo said. “I think it just made us mad that they won. We were just trying to keep it positive. That’s how you really win a volleyball game; keeping it positive, keeping the energy up.”

Being familiar with your teammates doesn’t hurt either.

“We’ve all been playing together from eighth grade to 12th grade now,” Guerra said. “So the bond that we have … we’re comfortable with each other. We’re really tight together as a team and I think that helped us out on the court. And it helped us to be the perfect team this year.”

“We had a lot of breaks in between games and our practices,” Beattie said. “So we didn’t have a very consistent season, which was really tough to work around. But I’m very proud of my girls. They battled. Their mental game was as strong as I’ve ever seen. This was definitely the most mentally strong I’ve seen them all season.”