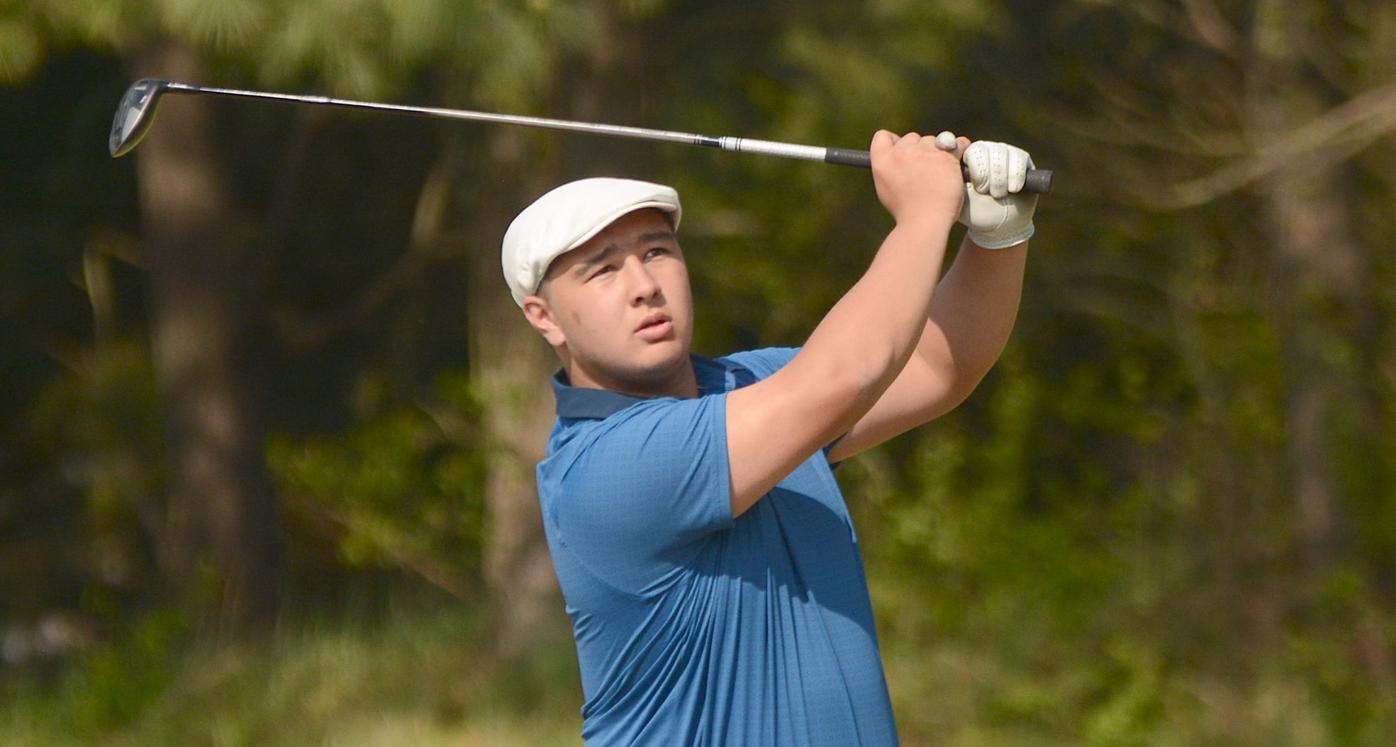 Kent Island junior Holden Cha, who fired a winning 37, follows the flight of his tee shot during Wednesday’s North Bayside meet at River Marsh in Cambridge. 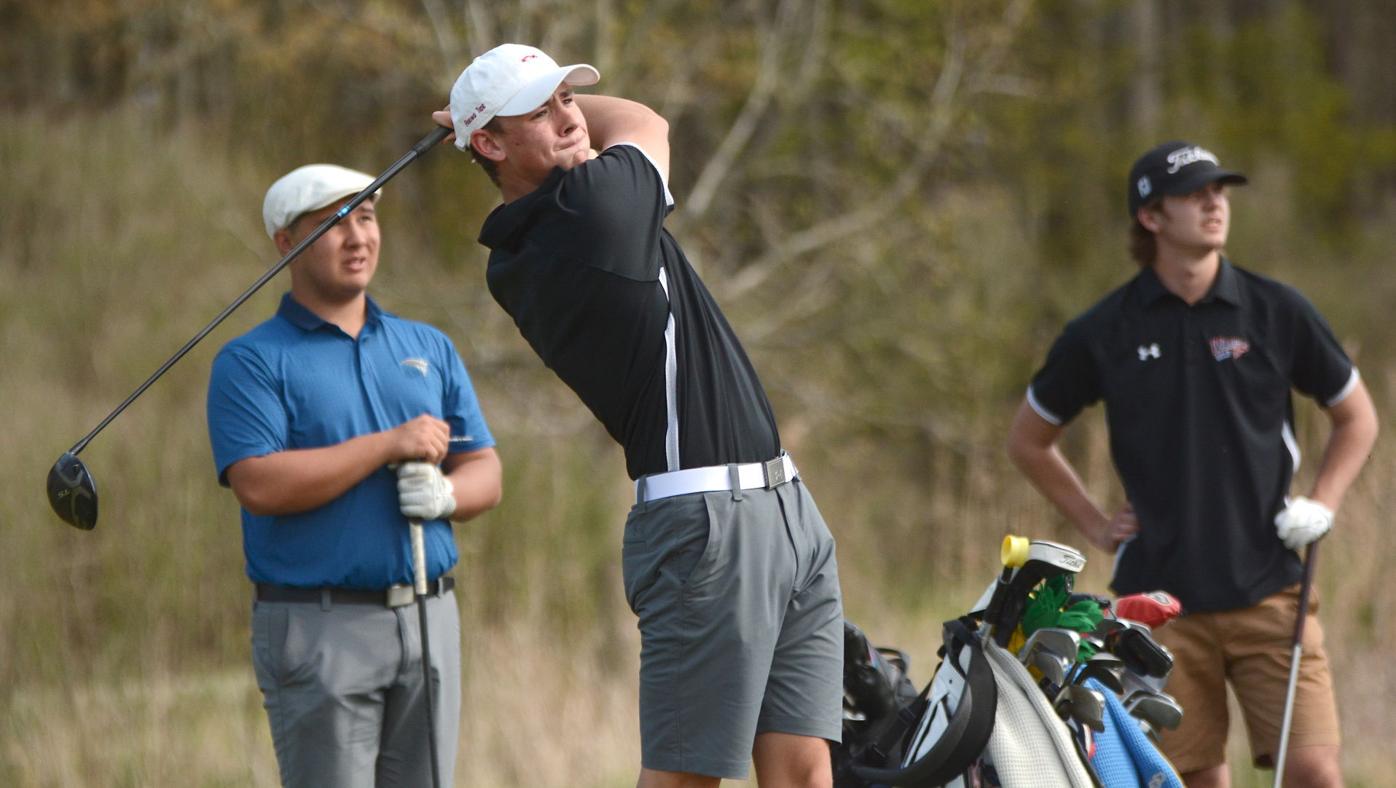 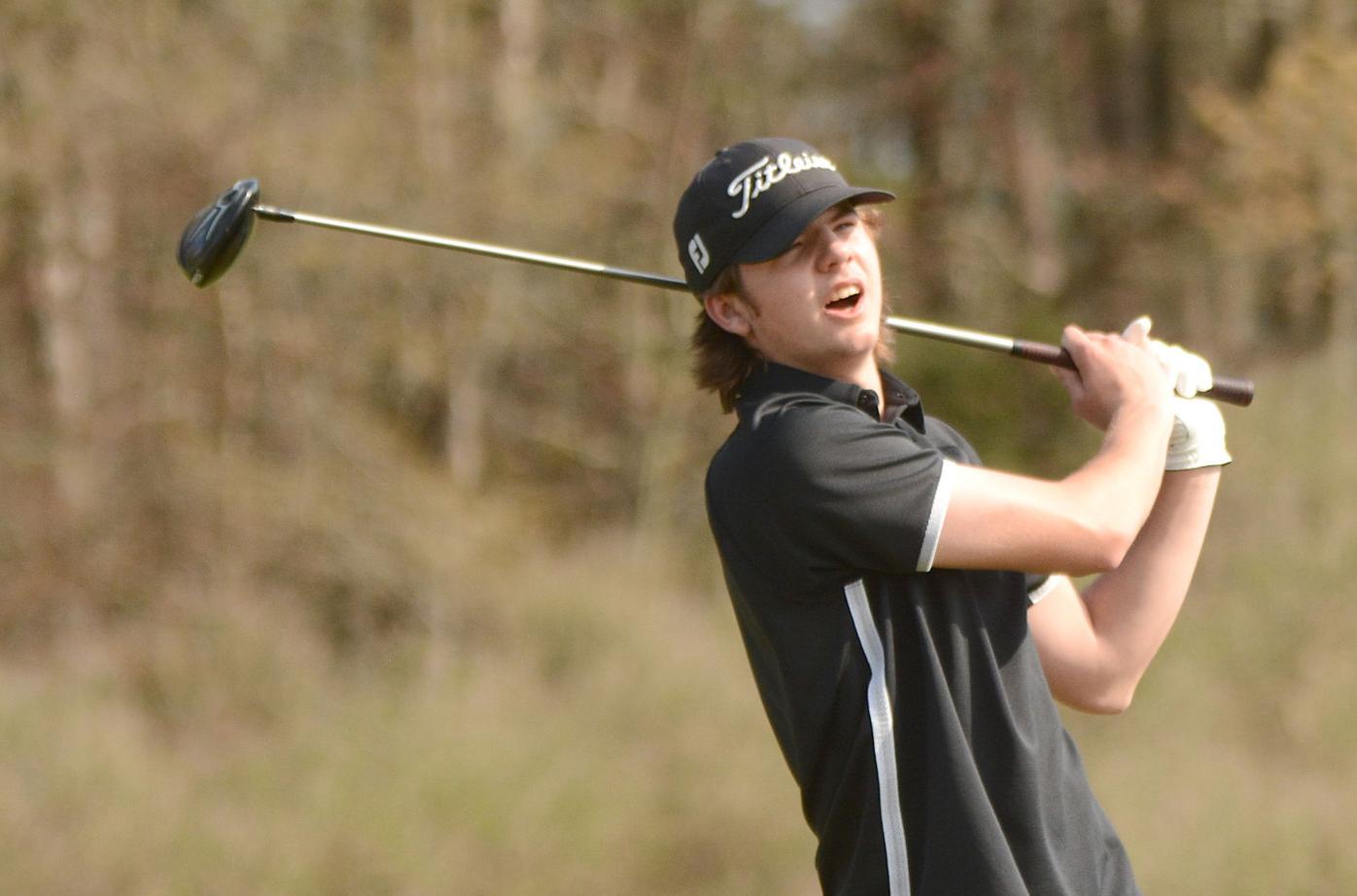 Kent Island junior Holden Cha, who fired a winning 37, follows the flight of his tee shot during Wednesday’s North Bayside meet at River Marsh in Cambridge.

CAMBRIDGE — It wasn’t just going to play through.

Sure, there would be no Bayside Conference or District 8 titles to defend, no state tournament to qualify for.

Yet despite all the COVID-19 pandemic had taken away, Kent Island High head golf coach Ashen Anania still wanted his team to take the abbreviated fall season seriously.

There may have been no hardware to play for, but Anania’s message was definitely received as the Buccaneers capped a 4-1 campaign Wednesday by winning the season’s final meet by 17 strokes over runner-up Easton at the Hyatt’s River Marsh course.

“Our coach actually wanted us to take this very seriously because we haven’t played competition-style matches in awhile, because of COVID of course, and he thought we should take this pretty seriously going into next fall,” said junior Evan Tengwall, who along with classmate Holden Cha has provided Kent Island with a formidable one-two punch at the top.

Queen Anne’s County head coach Brad Neisz opened Wednesday’s meet by stating how unprecedented this season was, and how it could prove to be a momentum builder heading into the fall season just four months away.

If the past two months, including Wednesday’s finale, were any sort of barometer, the Bucs should be in strong position to challenge for a third straight conference crown and another District 8 championship.

Cha carded the lowest score Wednesday with a 37 — the same round he shot to win the season-opener at River Marsh. Junior Nate Teipe was one stroke behind at 38, while Tengwall and Nick DePhilippo — another junior — were part of a four-way tie for third at 39. Chris Fronczek, yet another junior, fired a 45 and also figures to be a key figure in the Bucs’ future.

And while this short season could indeed be a prelude for the fall, Tengwall referred to the past in terms of wanting to extend a tradition.

“Harrison Smith, he helped a lot,” Tengwall said of the 2019 North Bayside player of the year now playing at the University of Lynchburg in Virginia. “Ever since he came here they’ve been winning the North Bayside every year. And me and Holden (tried) to fill his space and I think we did that pretty successfully and we won.”

Tough to argue that call.

First-team all-North Bayside picks in 2019, Tengwall and Cha each shaved substantial strokes off their averages over nine holes this season. Tengwall went from a 44.78 to a division-best 39.20, while Cha dropped from 43.5 to 39.80.

“Personally, I accomplished my main goal which was having a scoring average below 40,” said Cha, who along with Tengwall were the only golfers to finish with an average under 40 for the brief season. “That made me happy.

“I expected to do what we did this year; get number one in the (North) Bayside,” Tengwall said. “Because me and Holden, number one and two in the Bayside, I thought we were going to be a pretty big powerhouse this year. Especially with Nick and Chris. Those two helped a lot, and Nate too.”

Behind Cha, Teipe, Tengwall and DiPhilippo, Kent Island finished with a 153, well ahead of Easton (170), the only team to defeat the Bucs this season with a 10-stroke victory at Chester River in the season’s third match.

Szymanski, who played in the lead group with Clark, Tengwall and Cha, finished with a 39, tying him for team-low honors with Preston Quidley. Clark, who enjoyed one of the biggest drops in average this season of any player, going from 47.63 in 2019 to a 41.40 — third best in the North — carded a 42, while Zack Spofford finished with a 50.