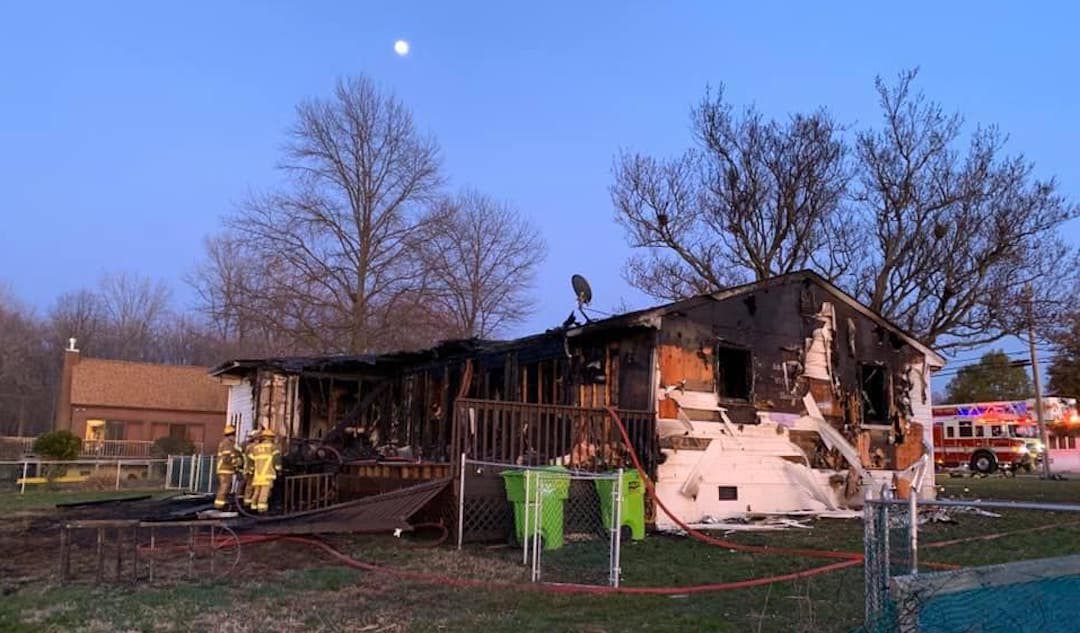 A fire did extensive dame to this house on Oregon Road early Saturday evening, March 7. 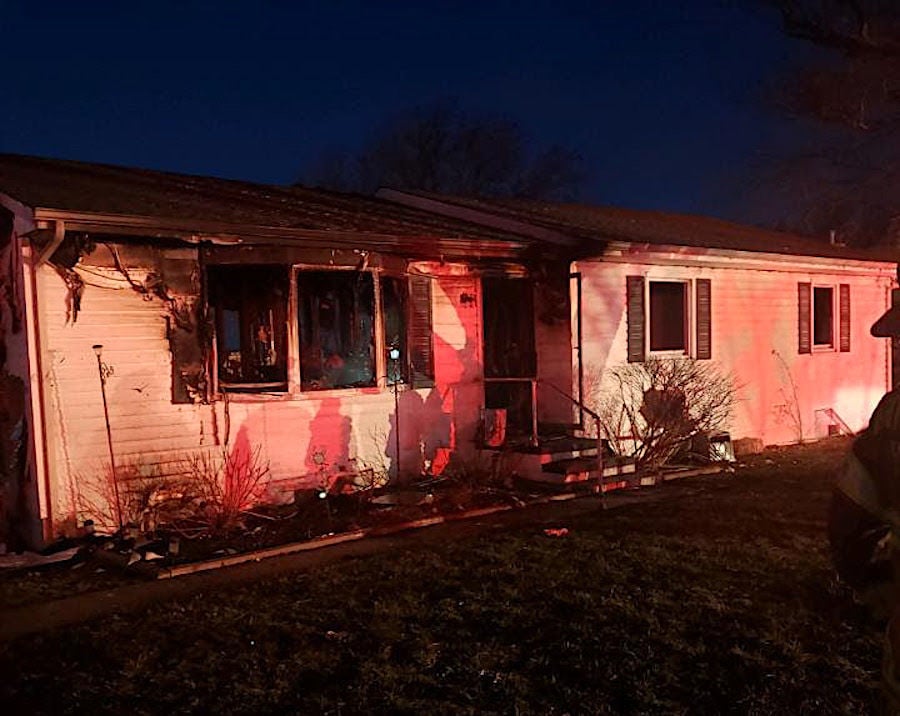 Fire was already showing through the roof of this house in Kent Island Estates when it was discovered.

A fire did extensive dame to this house on Oregon Road early Saturday evening, March 7.

Fire was already showing through the roof of this house in Kent Island Estates when it was discovered.

A sheriff’s deputy arrived first and confirmed a working fire at 358 Oregon Road; talking to neighbors, the deputy was able to learn no one was home, Svoboda said. The first engine to arrive was United Communities at 5:21 p.m. with a crew of three; Assistant Fire Chief Lenell Jones established command.

There was heavy fire showing at the rear of the single-story house, and the wind coming off the Chesapeake Bay and Price Creek was driving the fire and pushed the firefighters back, Svoboda said. The wind made it a little tricky, he said.

Jones called for a second alarm, and Queenstown, Goodwill, Anne Arundel County, Annapolis and the Naval Academy fire departments all responded along with with Queen Anne’s County Department of Emergency Services.

The second-alarm units were used mostly in a staging capacity, Svoboda said. It took 45 firefighters around 40 minutes to control the blaze.

Kent Island Estates is a non-hydrant area, so water supply can sometimes be an issue, but in this case, water supply was adequate from Kent Island, Grasonville and Queenstown tankers and other fire trucks on the scene, Svoboda said. He estimated they used 5,000 to 7,000 gallons of water to extinguish the fire.

The state fire marshal’s report estimated damages to the structure at $200,000 to to the contents at $50,000. A smoke alarm was present and activated, it said.

The fire started on the rear deck, according to the fire marshal’s report. The cause of the fire remains under investigation.

The fire marshal’s report listed the house as the residence of Guadalupe Hernandez. According to the Maryland Department of Assessments and Taxation, the property is owned by Paul Stoy and Sonia Chapin.

Anyone with information regarding the fire is asked to contact the Upper Eastern Regional Office of the Maryland State Fire Marshal at 410-822-7609.