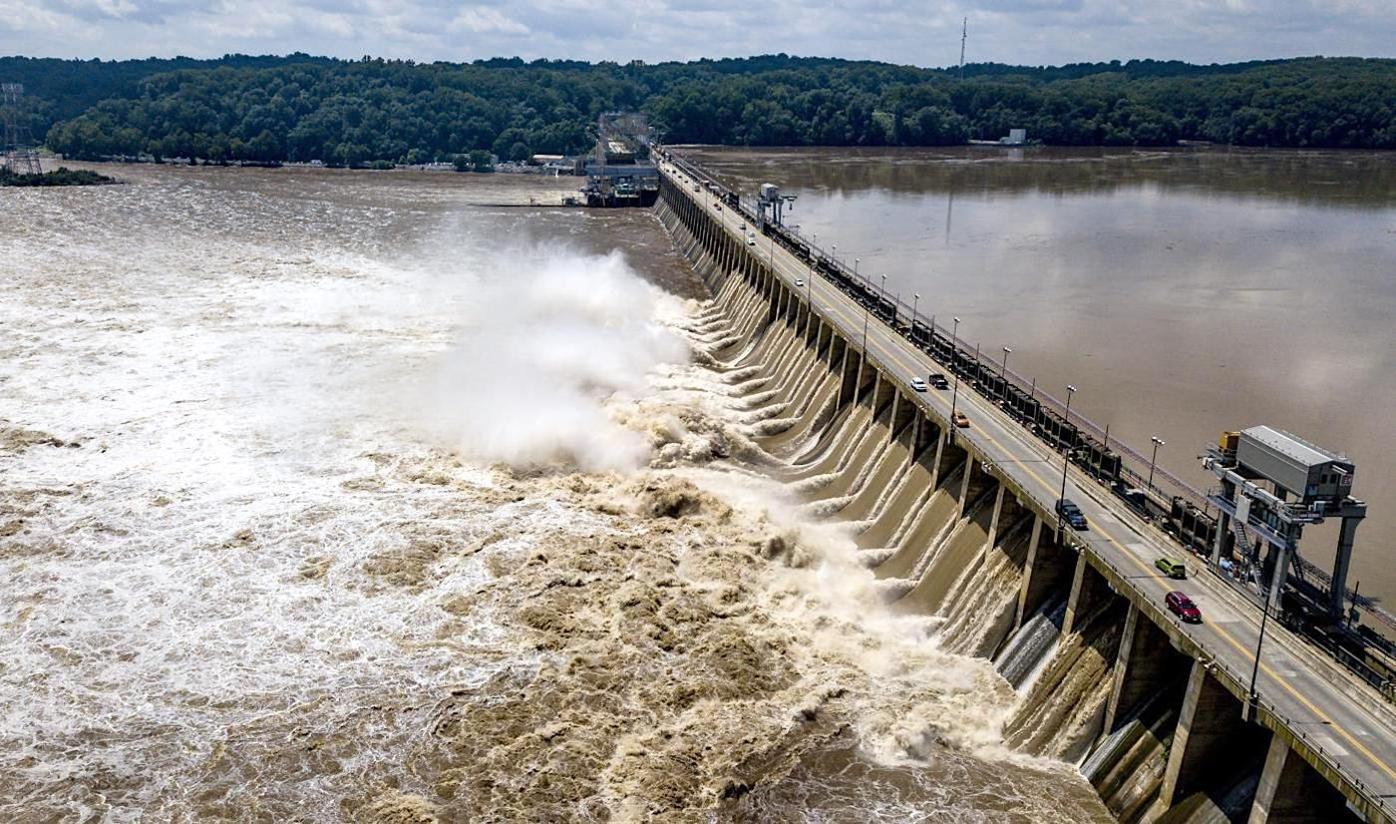 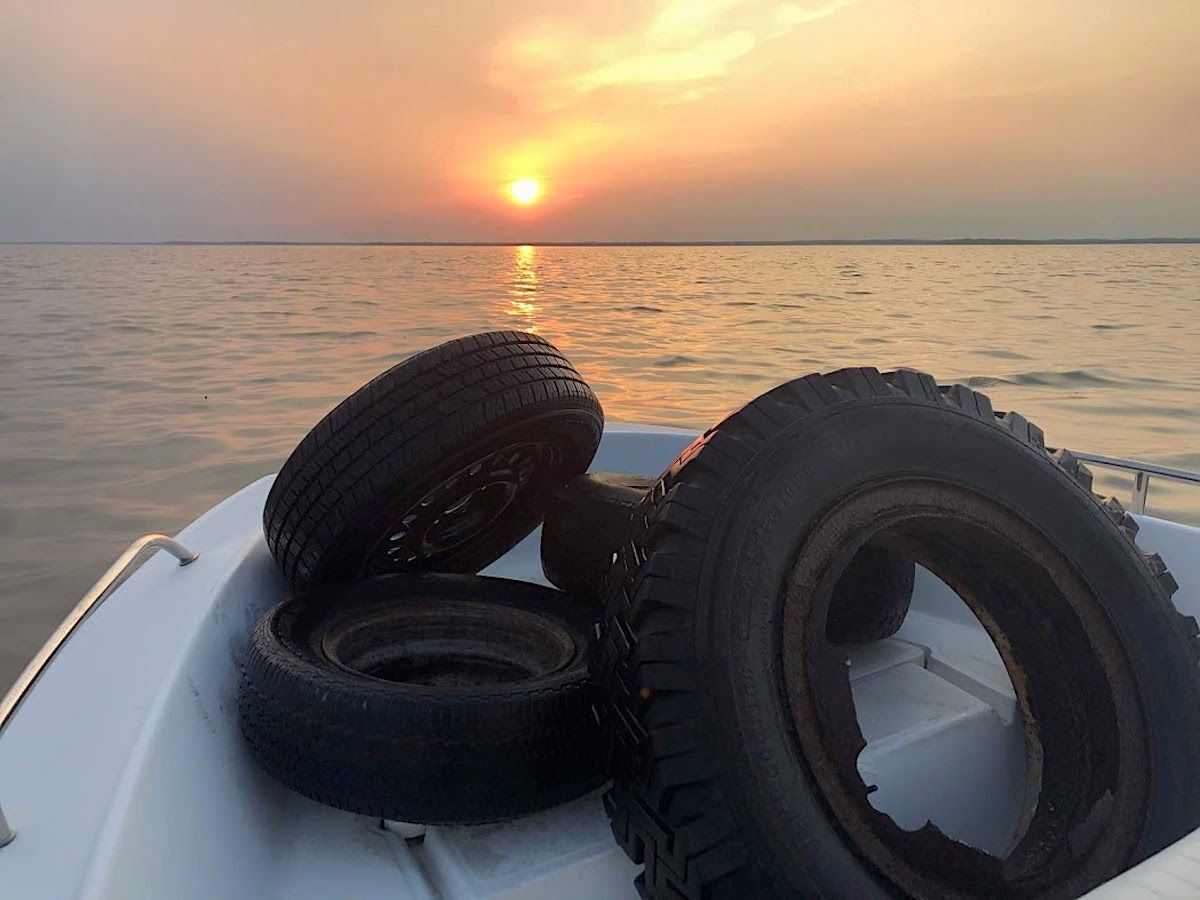 Trash and other debris, including these tractor tires, frequently clog the shoreline of northern Kent County and other Eastern Shore regions. Pollutants piled up behind the Conowingo Dam end up being flushed into the Chesapeake Bay when the floodgates open during large rain events, significantly impacting the recovery of the Bay’s health.

Trash and other debris, including these tractor tires, frequently clog the shoreline of northern Kent County and other Eastern Shore regions. Pollutants piled up behind the Conowingo Dam end up being flushed into the Chesapeake Bay when the floodgates open during large rain events, significantly impacting the recovery of the Bay’s health.

On March 18, the Federal Energy Regulatory Commission issued a new operating license for the Conowingo Dam after eight years of lawsuits, court battles, and public outcry. Exelon Corporation, owner and operator of the Conowingo Dam hydroelectric power plant, will hold the new license for the next 50 years. Unfortunately, this license fails to meaningfully address the pollution behind the dam or to hold Exelon accountable for its fair share of mitigating this major threat to the Bay. This is a tragedy for the health of the Chesapeake Bay and our rivers here on Maryland’s Eastern Shore.

In addition to generating hydroelectricity, Conowingo Dam acts as a catchment for everything that flows downriver from New York and Pennsylvania. When the floodgates open, water carries all that trash, debris, nutrient-laden sediment, and toxic substances into the Bay and onto our shorelines. The Eastern Shore bears the brunt of this flow, suffering navigational hazards, shorelines choked with debris, and oyster bars and underwater grass beds smothered with sediment. All of this pollution sets back our progress to achieving a healthier Bay.

The solution to this problem should be twofold: hold New York and Pennsylvania accountable for reducing pollution that flows down the Susquehanna River; and require Exelon to contribute to the cleanup costs made necessary by the dam from which they profit. No one should be allowed to profit from a public natural resource without having to contribute meaningfully to the protection and restoration of that resource. However, that is now exactly what FERC is allowing to happen.

The Maryland Department of the Environment determined that Exelon, the most profitable utility company in the country, should be held accountable for $172 million annually for its share of the costs to clean up the pollution behind the dam. Then, MDE inexplicably agreed to the terms of this new operating license, which only require Exelon to contribute $1.22 million per year, or less than 1% of what is needed, from the company to protect the Bay’s health. The brunt of the cleanup costs will now have to be shouldered by Maryland taxpayers.

It is inexcusable that Maryland watermen, boaters, homeowners, and taxpayers have to suffer the consequences of pollution flowing down the Susquehanna, and are now responsible for paying for the cleanup resulting from the dam. MDE and FERC have put the interests of a for-profit company before the welfare of their citizens and the health of a public resource. MDE claimed this was the best they could do, and that “something is better than nothing.” But less than 1% of something is essentially nothing. The March 18 ruling codifies MDE’s dereliction of duty to meaningfully address the issues at Conowingo and adequately protect Maryland’s waterways and communities.

This issue is of utmost importance to Eastern Shore communities. Over the past few years, ShoreRivers has become a leading voice on this issue in the region. The organization has hosted town hall meetings, designed billboards to raise awareness, and worked on legislation at the state and federal levels. This outreach generated thousands of comments and phone calls imploring local, state, and federal agencies to protect citizens’ interests.

ShoreRivers will continue to fight this flawed re-licensing through every avenue at its disposal. The pollution behind the Conowingo Dam poses one of the most significant threats to the Bay’s recovery, to our maritime communities and economy, and to all of the restoration work that Marylanders have worked so hard to implement.