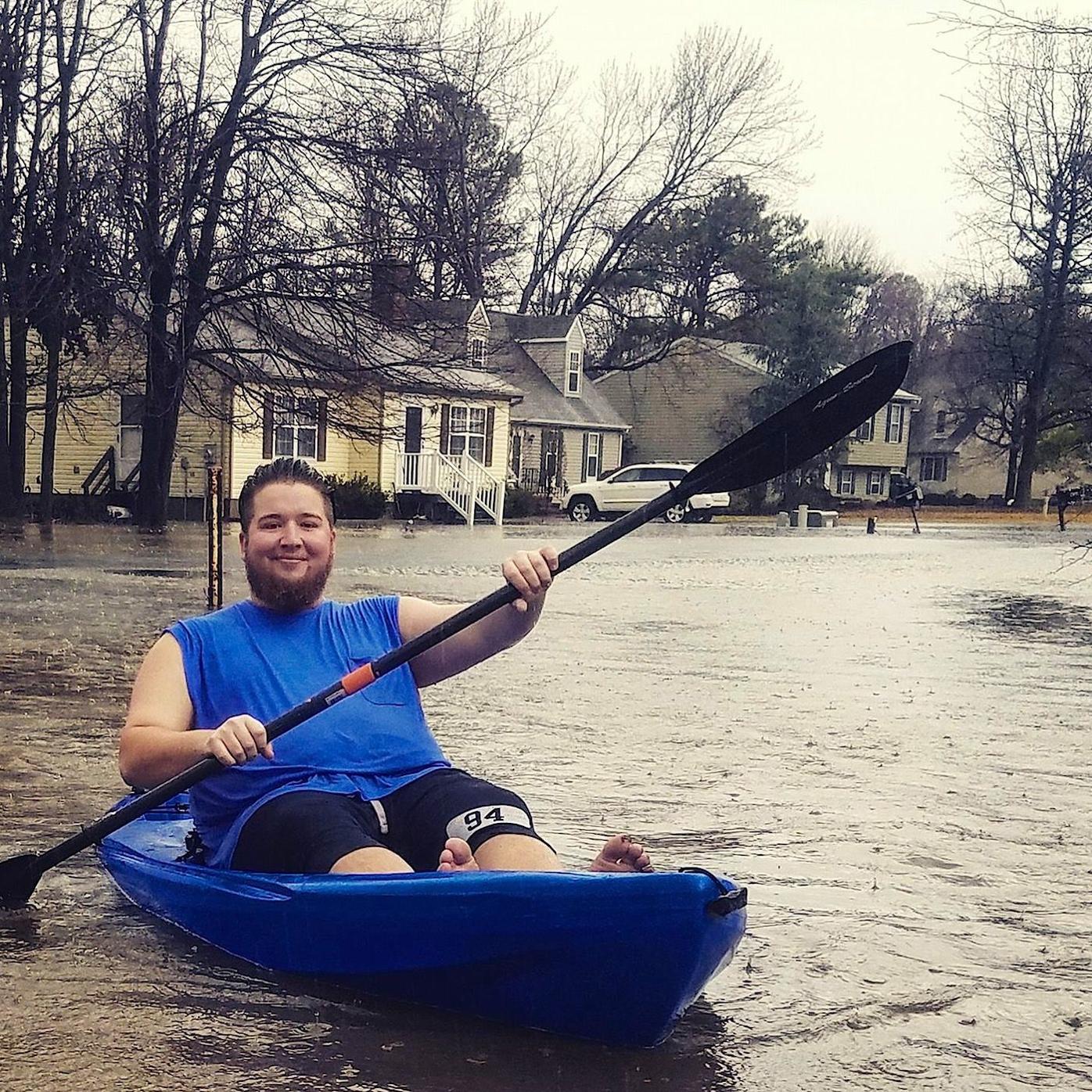 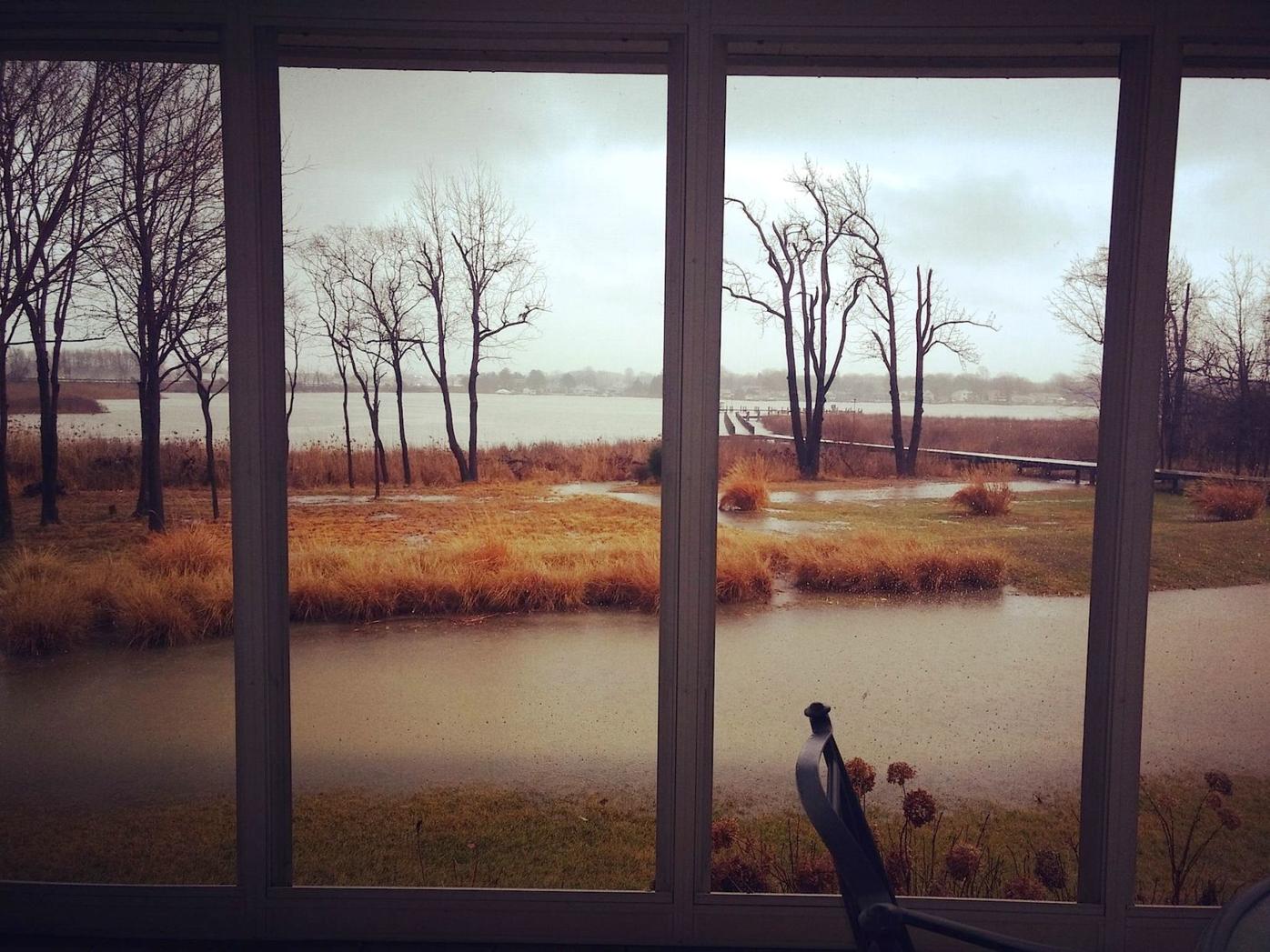 Kim Hunt Gombert shared this photo she took through her window of flooding in the Anchorage community Sunday afternoon.

Kim Hunt Gombert shared this photo she took through her window of flooding in the Anchorage community Sunday afternoon.

STEVENSVILLE — Roads were slick, parking lots were becoming swimming pools, and road shoulders were washed out after Kent Island received the brunt of a weekend downfall of rain.

According to the National Weather Service out of Mount Holly, Stevensville received up to six inches of precipitation over a 24-hour period Saturday and Sunday, Feb. 10 and 11. Down U.S. 50 a few miles, Chester received just over 2.8 inches of rain, according to the NWS.

The water was even high enough Sunday afternoon for Cloverfields resident Austin Barrett to kayak in the community. “It was a great time,” he wrote on the Bay Times Facebook page.

Queen Anne’s County Public Works Director Todd Mohn said the storm, unusual for this time of year, hit the county hardest along a diagonal line from Kent Island through Centreville. Mohn said Department of Public Works crews responded to drainage issues, flooding and high water calls from dusk until dawn Sunday. Crews dealt with clogged drain pipes, storm drains and culvert pipes throughout the Island and up north and on Monday were preparing road shoulders.

With leaves, debris and sediment getting displaced from the flowing water, Mohn said those objects can get washed into pipes and drains and cause complications. A small force main broke Sunday night after the system was overloaded with incoming water, Mohn said.

Mohn said Spaniards Neck Road and John Powell Road were two of the areas north of Kent Island to receive the most rainfall.

The Department of Public Works also received calls, Mohn said, about the conditions of open construction sites that are “unstabilized.” Mohn said project managers for the various development sites were out Sunday and Monday addressing sediment and erosion features at the locations.

On Sunday night at 7:50 p.m., the Queen Anne’s County Historical Society posted on Facebook it was working with Goodwill Volunteer Fire Company to pump water from the backyard of Wright’s Chance in downtown Centreville, due to flooding.