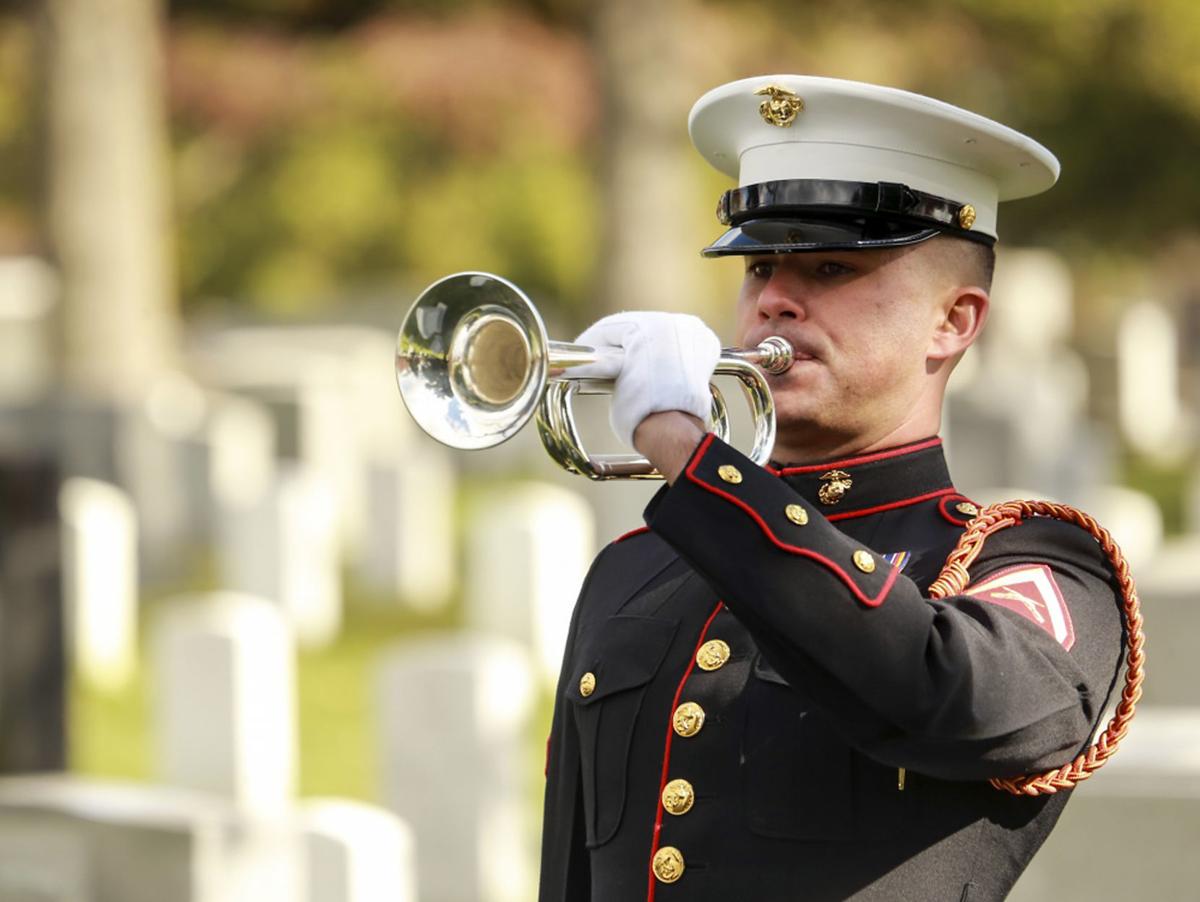 A lone Marine trumpeter plays taps during a funeral. 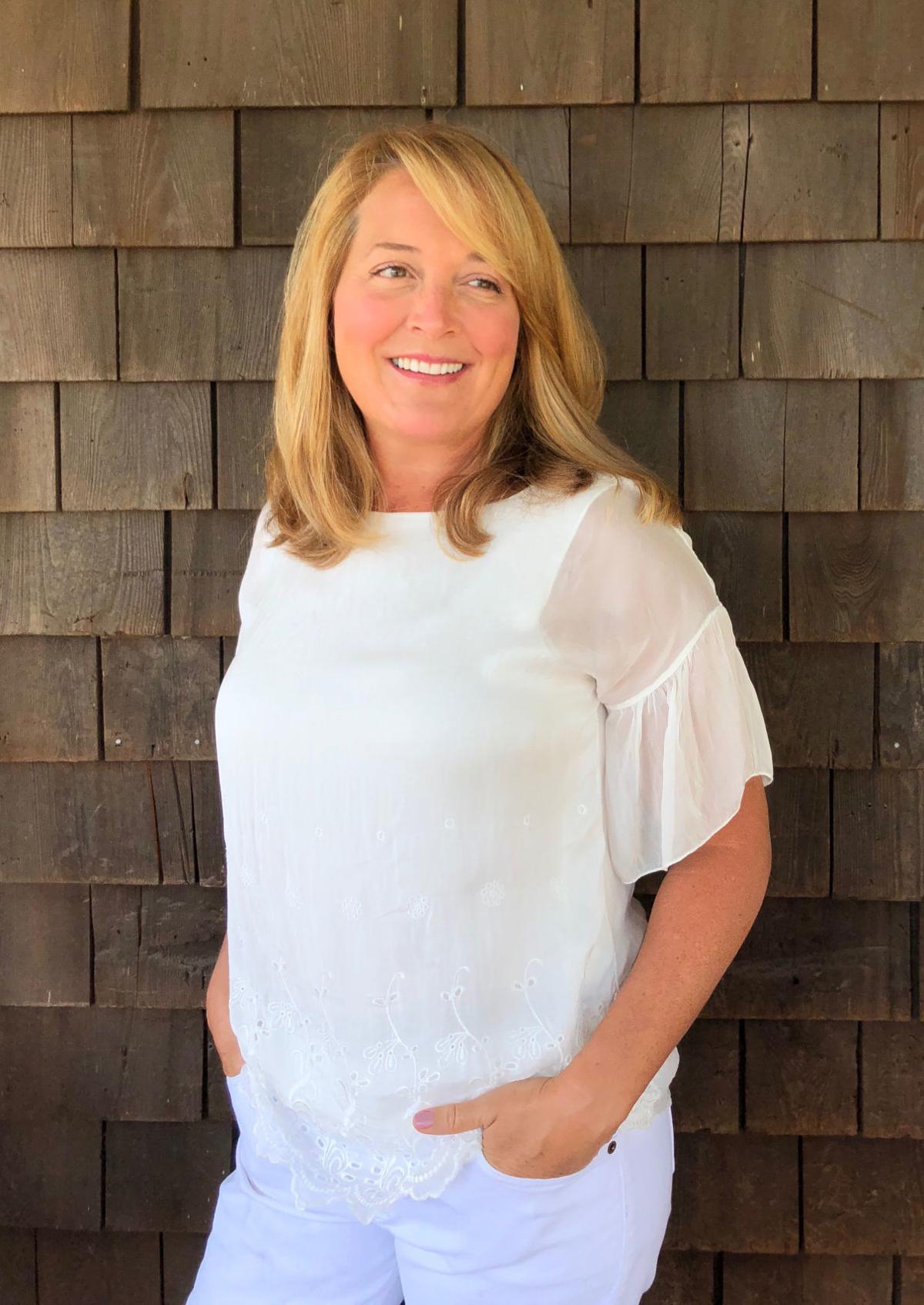 Lisa Smith Molinari is a military spouse and author of the weekly column, “The Meat and Potatoes of Life.” 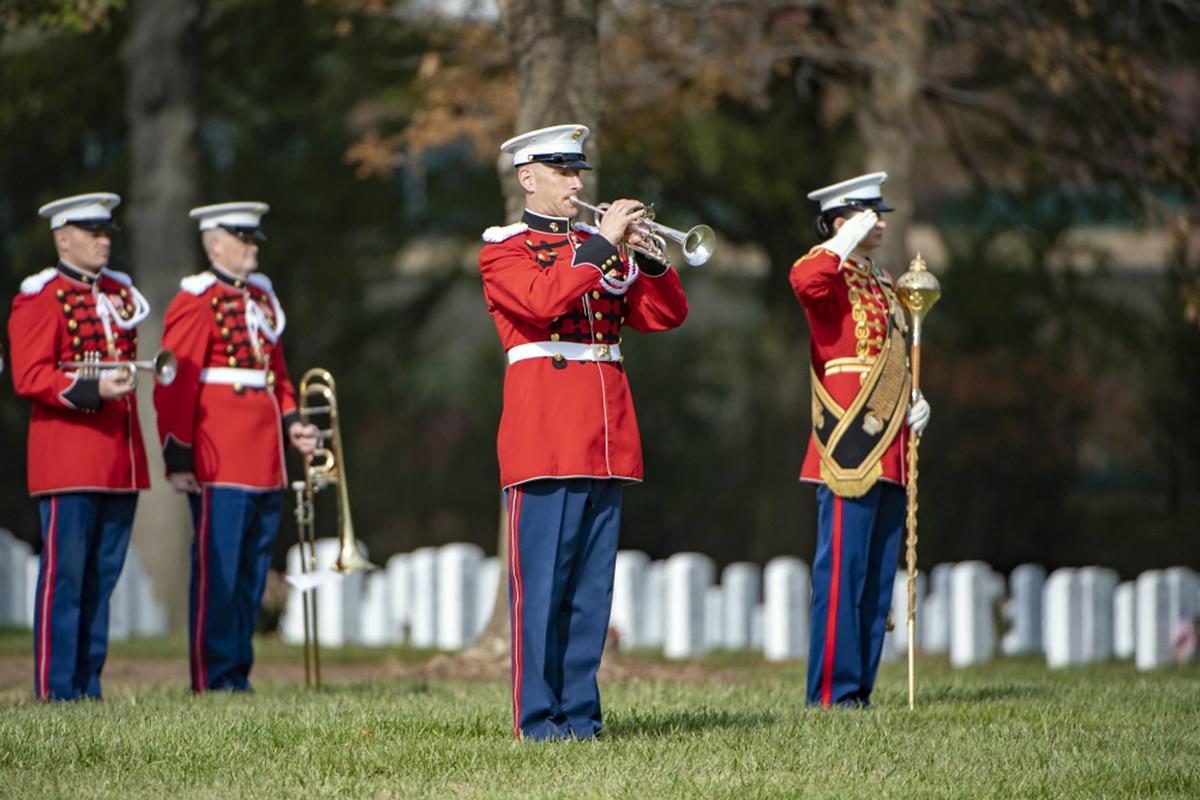 A lone Marine trumpeter plays taps during a funeral.

Lisa Smith Molinari is a military spouse and author of the weekly column, “The Meat and Potatoes of Life.”

One evening in 1981, while I was at summer camp, I took a deep breath and blew a little too hard on the bugle’s mouthpiece.

The counselor who played taps each night to signal “lights out” to the campers had agreed to let me be the substitute bugler that evening. Using only one semester of French horn lessons, I blasted the first note, temporarily silencing the cacophony of crickets and frogs rising from the lake.

I relaxed my diaphragm to soften the sound and continued, measure by measure. Just before the high G, I squeezed my eyelids shut and thinned out my lips. Would I make the note?

Those whose loved ones died in war while serving in the US military know the sound of that high G all too well. In fact, they probably remember every one of the song’s 24 notes, because it is the somber bugle call played at all military funerals.

But many don’t realize that taps didn’t start as a military burial tradition. The refrain we know today was created in 1862, written on the back of an envelope at a weary Civil War encampment along the James River in Virginia.

After seven hard days of fighting, Union Army Brigadier General Daniel Butterfield decided he didn’t like the formal French bugle call (Napoleon’s favorite) known in Army manuals as “Extinguish Lights.” He felt the rat-a-tat tune needed to be more melodic, so after his aide translated Butterfield’s inspiration into notes scribbled on the back of an envelope, he enlisted the help of the brigade bugler Private Oliver Wilcox Norton to play it at camp that night and each night thereafter.

Nearby infantries heard the resulting melody, which some called “Butterfield’s Lullaby.” Soon, this new version of taps spread throughout the Union Army, and eventually to the Confederate soldiers as well. Shortly thereafter, commands began using the bugle call while burying fallen Civil War soldiers, instead of the traditional three volleys of rifle fire, because they worried that the sound of gunfire might be mistaken for an enemy attack.

Another little-known fact is that taps has lyrics. Although several authors have been attributed to the simple poetry, the true author of the words is officially unknown.

General Butterfield may not have envisioned that the bedtime melody he hummed to his aide along the James River on that steamy summer night in 1862 would be associated with the tragedy of death. However, the words that accompany taps marry sleep with death in a beautiful metaphor that must offer some comfort to the grief-stricken families of fallen heroes.

Day is done, gone the sun,

All is well, safely rest,

May the soldier, or sailor, God keep.

On the land, or the deep,

Love, good night, Must thou go,

When the day, and the night, need thee so?

All is well. Speedeth all

Fades the light; and afar,

Thanks and praise, for our days,

That night in 1981, after two flat misfires echoed from my bugle into the dusk, I finally made the high G note. As I finished the song, I felt as if I might cry. I was unsure if it was selfish pride or something else; the melancholy tune tugged dolefully at my heart.

At age 15, I didn’t know that taps had accompanied the burial of countless fallen American military heroes. But undeniably, the notes conveyed a sense of something simple, yet complex. Something ceasing, yet eternal. Something comforting, yet sorrowful.

The tragic yet peaceful call of “lights out.”