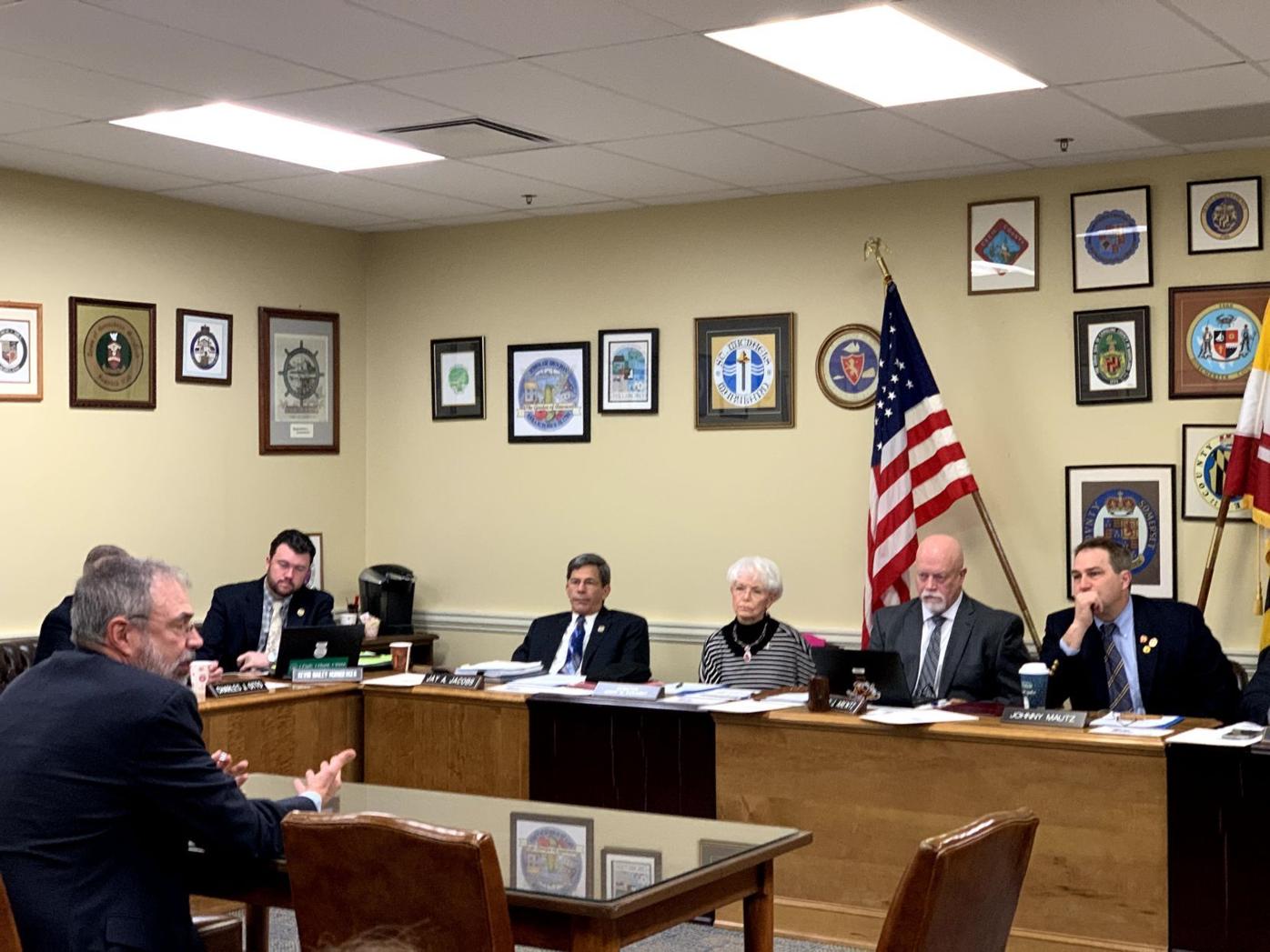 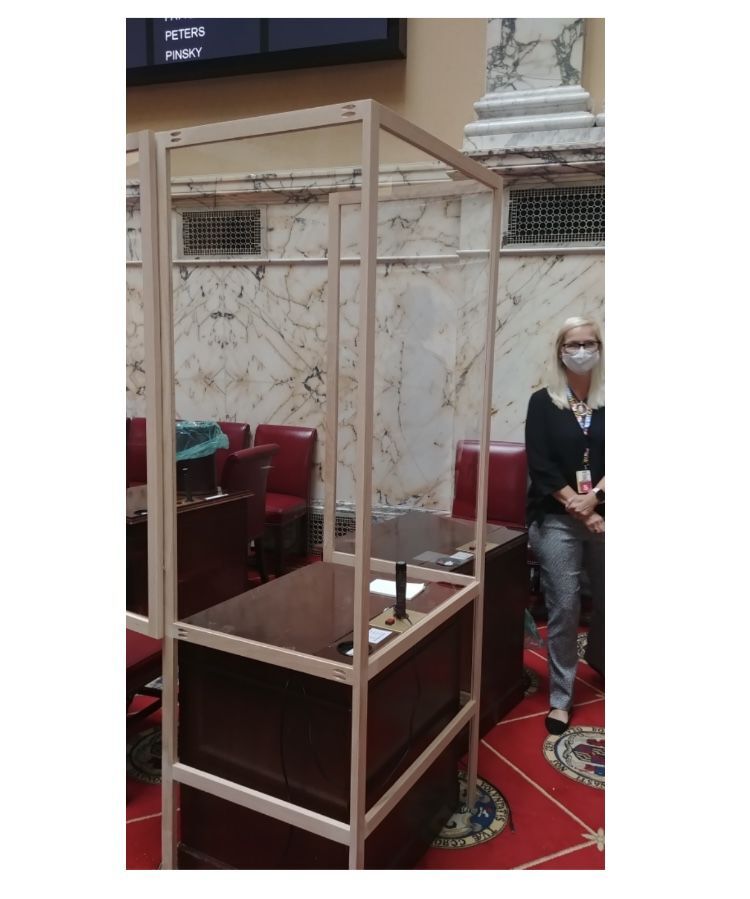 See-through plastic booths are placed around desks in the Maryland Senate chamber to ensure health safety among lawmakers ahead the General Assembly’s 2021 legislative session amid the coronavirus pandemic.

See-through plastic booths are placed around desks in the Maryland Senate chamber to ensure health safety among lawmakers ahead the General Assembly’s 2021 legislative session amid the coronavirus pandemic.

ANNAPOLIS — State lawmakers representing Eastern Shore districts are preparing for an unprecedented mostly remote legislative session this January, with a full slate of pressing issues to tackle as Maryland remains gripped by the coronavirus pandemic.

The Eastern Shore Delegation, which comprises more than a dozen state senators and delegates from across the Shore, is going to convene weekly on Fridays via Zoom, as opposed to in person in Annapolis for the 2021 session.

Before the pandemic, the lawmakers would typically cram into a meeting room that was small relative to that of other Maryland delegations. Members of the public would fill every onlooking seat, and those who didn’t get a seat would line the walls or spill out into the nearby hallway.

Such a sight would be jarring now since the pandemic has driven capacity limits, masking, distancing, and for many, a reflexive aversion to crowds of people. The legislative session will look much different this coming year.

Sen. Addie Eckardt, who has represented parts of the Mid-Shore and Wicomico County in the state Senate since 2015, said it’s going to be a challenge adjusting to distance legislating.

While lawmakers across Maryland have spent the past nine months of the pandemic settling into regular use of video communication platforms — such as Zoom, FaceTime and Skype — the logistics of carrying out legislative duties remotely have not yet been smoothed over, with less than two weeks to go until the General Assembly convenes.

Eckardt said she’s worried about public access to meetings and bill hearings because in-person participation will not be permitted this session. She said bill hearings will see limited public testimony based on new virus-fueled rules — though it’s unclear how exactly that will work, especially for bills that attract extensive debate.

Bill hearings were videoed before the pandemic, but the Shore delegation meetings were not. And because much of the Shore still lacks reliable high-speed internet, Eckardt said, allowing only video or phone access could present a challenge for her constituents to weigh in on topics they care about.

Mautz said the House of Delegates is going to be split into two socially distanced groups for floor meetings — one led by House Speaker Adrienne Jones, D-10-Baltimore County, and the other by House Speaker Pro Tem Sheree Sample-Hughes, D-37A-Dorchester.

The Senate, which has fewer members than the House, has spaced out the desks in the Senate chamber and “put up these 6-foot or 8-foot plexiglass enclosures that we can see through,” Eckardt said. The enclosures look like plastic booths around each senator’s desk.

“It’s going to be interesting to see how quickly they get steamed up when there’s a lot of talk on the Senate floor,” Eckardt said, jokingly. She added that mask-wearing will be difficult, too, because “then your glasses will get steamed up, so how are you going to read what you’re talking about?”

Marti Pogonowski, secretary for the Shore delegation, said she’s hoping people are patient “as we continue on our learning curve to conduct business virtually,” and try to organize meeting presenters and public access for each meeting.

Pogonowski said the meetings will be open for the public to tune in remotely. They’ll begin at 9 a.m. every Friday starting Jan. 15 through March 19.

Topping the delegation’s tentative agenda for the upcoming session is a meeting on Jan. 15 with representatives from the Maryland Department of Health.

The agenda does not say who those representatives will be, but the timing of the meeting makes clear that the coronavirus and public health are front of mind for the legislators heading into next year.

Below are the remaining items on the full delegation’s meeting schedule for the session’s entirety:

Pogonowski said the items are subject to change, and the meetings that don’t have presenters scheduled are left open in order to provide for scheduling flexibility and to “address issues as they occur.”

More information about how the public can access the delegation meetings will be provided as it becomes available.