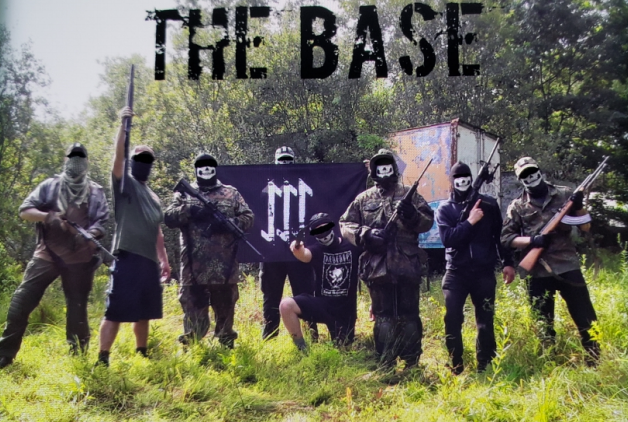 A photo released by federal prosecutors in January shows Brian Mark Lemley Jr. (second from left) and William Garfield Bilbrough IV (kneeling at center) posing with other members of the extremist group The Base. 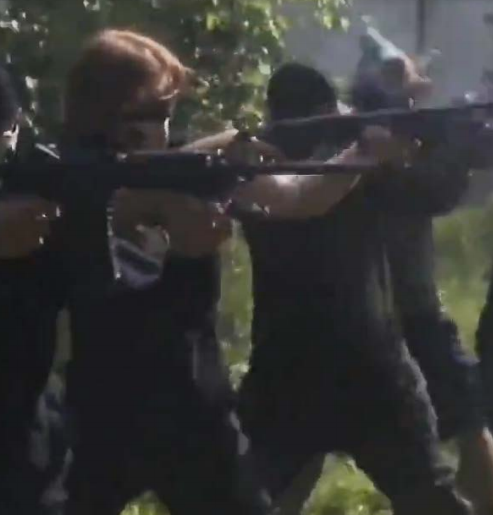 A photo released by federal prosecutors shows William Garfield Bilbrough IV participating in firearms training with the extremist group The Base.

A photo released by federal prosecutors in January shows Brian Mark Lemley Jr. (second from left) and William Garfield Bilbrough IV (kneeling at center) posing with other members of the extremist group The Base.

A photo released by federal prosecutors shows William Garfield Bilbrough IV participating in firearms training with the extremist group The Base.

A Maryland man was sentenced on Tuesday to five years in prison after pleading guilty to charges stemming from an FBI undercover investigation of a white supremacist group with ties to Newark that espoused using violence to accelerate overthrowing the U.S. government.

William Garfield Bilbrough IV was an "unabashed" member of the group, called The Base, and participated in its military-style training camps, a federal prosecutor said. Bilbrough, 20, was one of three men arrested in January ahead of a gun rights rally in Richmond, Va.

Prosecutors have said the two other group members, Brian Mark Lemley Jr. and Patrik Mathews, discussed "the planning of violence" at the Richmond rally. Bilbrough participated in early discussions about traveling to Richmond but had tried to distance himself from the group shortly before his arrest, a prosecutor has said.

U.S. District Judge Theodore Chuang told Bilbrough that his punishment is for his actions, not his extremist ideology.

"Regardless of the viewpoints of The Base and its members, the law cannot tolerate the kind of violence that you were facilitating," Chuang said. "You got yourself off this path before it got too far into violence."

Bilbrough was charged with conspiring to transport and harbor Mathews, who is accused of illegally entering the U.S. from Canada in 2019. Bilbrough pleaded guilty on Tuesday to two counts related to assisting Mathews, including a conspiracy charge punishable by up to 10 years in prison.

Bilbrough answered a series of routine questions during Tuesday's hearing but declined to give a statement before Chuang sentenced him. The judge accepted the terms of a plea agreement in which prosecutors and Bilbrough's attorneys jointly recommended a five-year prison sentence.

Lemley, a U.S. Army veteran from Elkton, Md., and Mathews, a former Canadian Armed Forces reservist, have pleaded not guilty to charges including transporting a firearm and ammunition with the intent to commit a felony. Bilbrough was not charged with any firearms-related offenses.

Defense attorney Megan Coleman told the judge that Bilbrough recognizes the "gravity and the severity of his actions."

"It really is a tragic case from our perspective," she said.

Assistant U.S. Attorney Thomas Windom described Bilbrough as the "least culpable" of the three men and vowed to seek longer prison sentences for Lemley and Mathews if they're convicted.

Mathews fled Canada after a Winnipeg Free Press reporter exposed him as a member of The Base in an August 2019 article. Bilbrough drove with Lemley to Michigan to pick up Mathews, knowing that the Canadian had entered the U.S. "to engage in subversive activity or other serious criminal behavior," Windom said.

Lemley and Mathews also face separate but related federal charges in Delaware, where they shared an apartment in the Oak Tree Apartments off Otts Chapel Road.. A closed-circuit television camera and microphone investigators installed in the home captured Lemley talking about using a thermal imaging scope affixed to his rifle to ambush unsuspecting civilians and police officers, prosecutors said.

"I need to claim my first victim," Lemley said last December, according to prosecutors.

Mathews talked about the Virginia rally as a "boundless" opportunity, authorities said. Mathews also videotaped himself advocating for killing people, poisoning water supplies and derailing trains, a prosecutor wrote in a court filing.

An FBI undercover employee infiltrated the group, visiting the Newark apartment and driving with Mathews and Lemley to a gun range in Maryland in January.

Bilbrough was working as a pizza delivery driver and living with his grandmother in Denton, Md., at the time of his arrest.

The case against the three men charged in Maryland are part of a larger investigation of The Base. In January, authorities in Georgia and Wisconsin arrested four other men linked to the group.

Bilbrough participated in several training camps for The Base, including one in Georgia in August 2019, and appeared in a propaganda video for the group, according to prosecutors. They said Bilbrough had compared The Base favorably to al-Qaida and remarked to other Base members that the Islamic State group "doesn't compare to us."

"By these statements, Bilbrough was boasting that The Base's aspirations were greater than either terrorist organization," prosecutors wrote in a court filing.

During a hearing in January, Windom displayed a photograph recovered from Bilbrough's phone in which the defendant is holding up the severed head of a goat he killed in a "ritual sacrifice" at a training camp in Georgia for members of The Base. Bilbrough initially tried to kill the goat with a knife but failed, so he borrowed a gun to shoot it, Windom said.