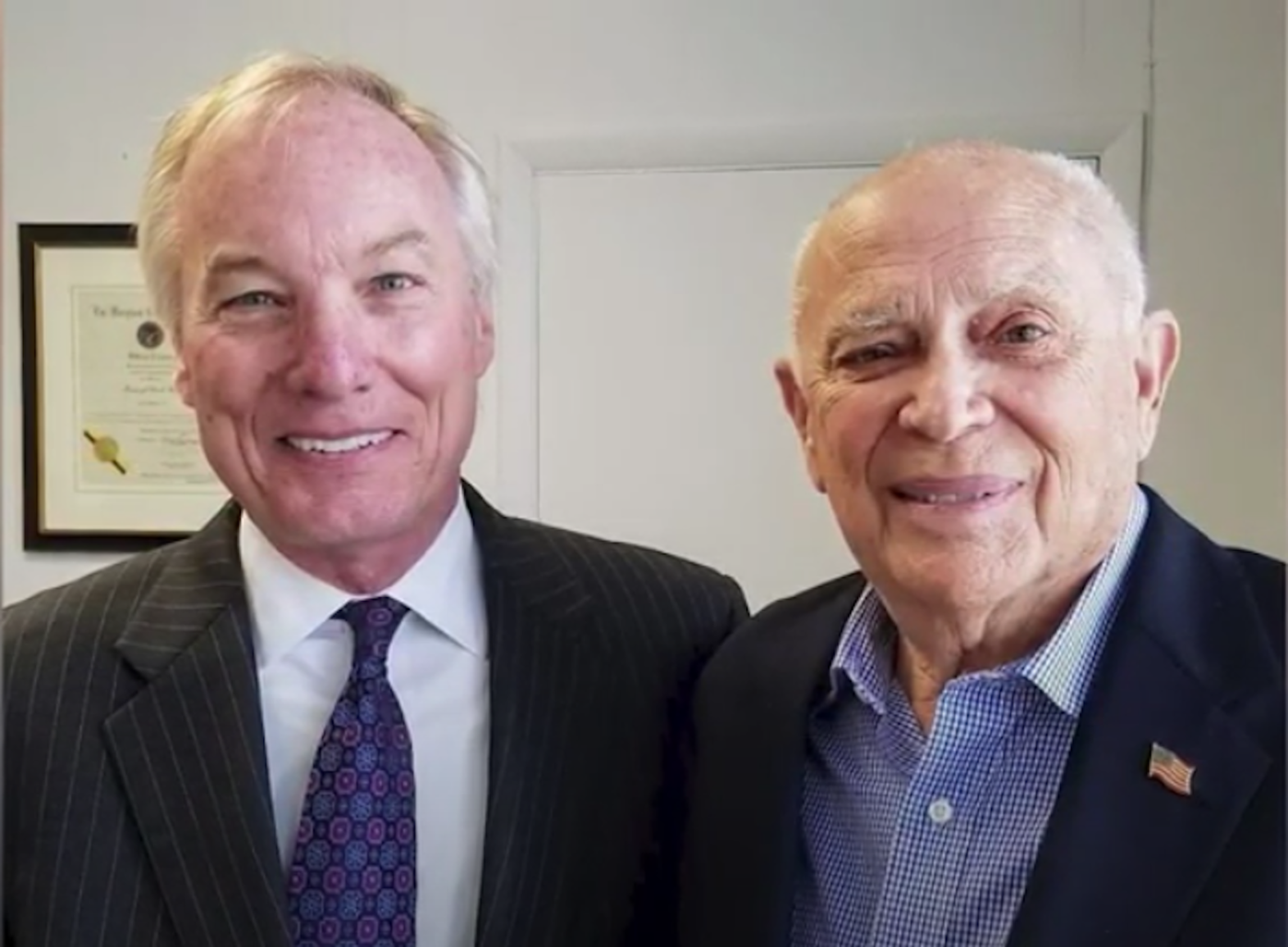 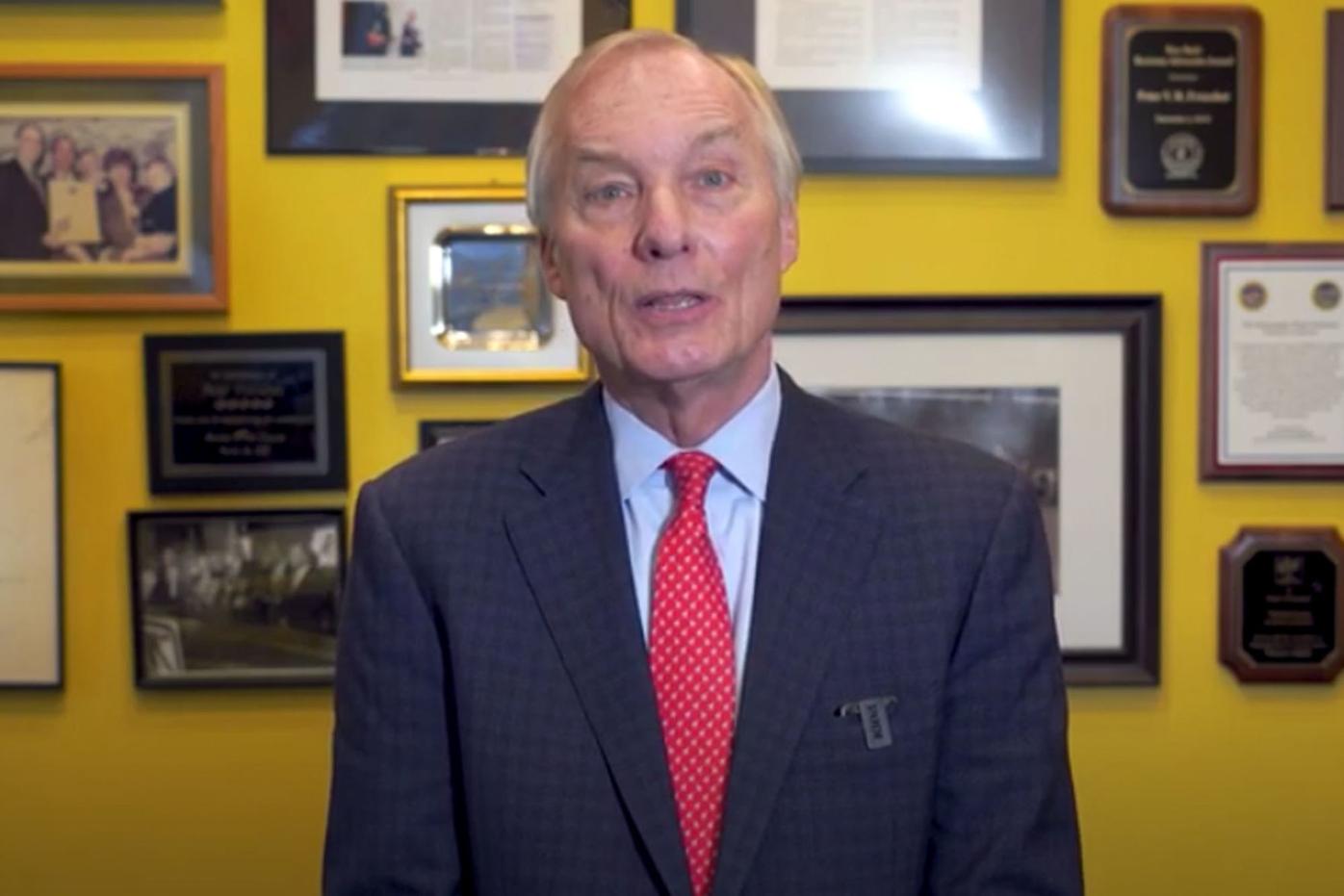 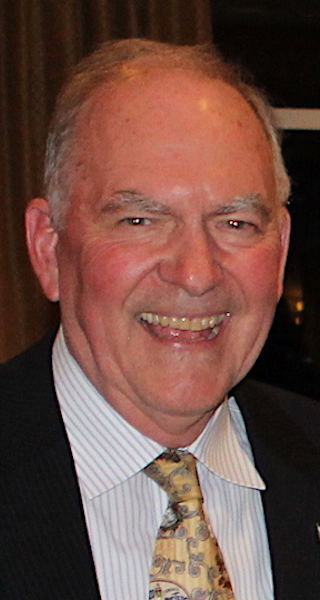 ANNAPOLIS — In recognizing distinguished public servants from throughout Mid-Shore and beyond, Maryland Comptroller Peter Franchot highlighted the careers of those who have served in the Capitol, the state house and the halls of local government.

Franchot announced the 24 recipients of the awards — one for each county and Baltimore City — in a video released Monday, Dec. 21.

The award is named for the late R. Clayton Mitchell Jr., a Kent County farmer who served seven years as the speaker of the Maryland House of Delegates.

“Last year we lost a leader and one of the greatest elected officials to serve the State of Maryland, R. Clayton Mitchell Jr., former delegate and speaker of the House of Delegates. Clay was a dear friend, colleague and exemplary public servant. After much deliberation I decided the best way to honor Clay Mitchell’s legacy was to create an award in his name,” Franchot said in the video.

Franchot’s office released a call for nominations earlier this year, seeking to recognize those distinguished public servants who, as the comptroller said, exemplify “the true spirit of the former speaker of the House, demonstrating leadership, humility and compassion for those communities they served.”

Clayton Mitchell Sr., son of R. Clayton Mitchell Jr., joined in the video awards presentation, discussing his father’s career in public service that started in 1960 with his election to the Kent County Democratic Central Committee. He called it an honor and privilege for the award to be named in recognition of his father.

“My father knew that public service translates our government, laws and social values into the daily work that keeps democracy going,” Clayton Mitchell Sr. said. “Congratulations to all those venerated officials who are held in the highest regard by the citizens of Maryland.”

Gilchrest thanked the Mitchell family in a statement “for continuing their father’s legacy of emphasizing the value of public service.”

“And congratulations to all those who heed the call to help their neighbors. In these difficult times, kindness is the coin of the realm. I’m honored to receive this recognition,” Gilchrest said.

In the video presentation, Franchot called Gilchrest “a man after my own heart,” highlighting his nine terms in the U.S. House of Representatives and his more recent public service as a current member of the Betterton town council.

“He spent his career in public service as a fiscal watchdog, demanding accountability and responsible spending of every penny of taxpayer money,” Franchot said of Gilchrest. “His championing of environmental protections particularly for the Chesapeake Bay have led to the lasting legacy of a cleaner, healthier Bay that we will benefit from for decades to come.”

In recognizing Baker, former delegate and Queen Anne’s County commissioner, Franchot said that beyond being a “phenomenal public servant,” he also is a hero and champion.

“He continues to serve those that need him most. As president of the Chesterwye Foundation, he has helped disabled adults live full independent lives,” Franchot said. “Congratulations, Wheeler.”

Baker credited the late Dr. Harry Rhodes, educator and civic leader, for mentoring him on what community service is really about. Two of Baker’s proudest accomplishments in public service are the development of an Advanced Life Support program in the county and the Chesterwye Center.

“Really I’m just part of a team,” Baker said, noting he prefers to stay “under the radar.” He appreciates the honor, saying it is one he will be pleased to share with his grandchildren.

In recognizing Talbot County’s honoree, Franchot spoke about Horne’s “exemplary career on the bench” as a Circuit Court judge. He also highlighted Horne’s previous posts as state’s attorney for Talbot County and as a member of the House of Delegates.

“When I got to the legislature, he was chairman of the Eastern Shore delegation. Part of his duty was taking young people that didn’t know anything about what they’re doing and teaching them what to do,” said Horne, noting that it was R. Clayton Mitchell Jr. who named him to the House Judiciary Committee.

In congratulating Horne, Franchot said his “exceptional grasp of justice and humanity and how they merged served him well.”

Franchot recognized Porter’s service as a local government leader for Caroline County, where he serves as president of the board of county commissioners.

“Larry C. Porter is a man that never shied away from a fight, whether to improve health care access for the residents of Caroline County or as a member of Denton Volunteer Fire Company,” Franchot said. “Congratulations on being chosen to receive the Mitchell Award for Caroline County.”

Porter said receiving awards such as this is an honor, “not because of the recognition, but because they are an indicator that maybe you’ve made a difference, a positive impact.”

“My sense of duty to people and to my community were instilled in me by my mother, and I’ve always tried to live up to her example,” Porter said, while also thanking his fellow commissioners, colleagues and others. “I owe my success to a lot of dedicated and caring people. As grateful as I am for this award, it’s all those people I want to say thank you to.”

While representing the Mid-Shore in the Maryland State Senate, Eckardt was named the Dorchester County recipient of the R. Clayton Mitchell Jr. Award.

“I was overwhelmed that I was selected,” Eckardt said. “I was really honored.”

She spoke about how R. Clayton Mitchell Jr. was an exceptional person, hard driving yet a wonderful role model. She said he led the state through a budget crisis.

Franchot spoke about how Eckardt has built her life around public service, first as a delegate and now as a state senator, and her career in the medical field.

“She has risen as a champion for the health and well-being of her constituents, using her career as a clinical psychiatric nurse to aid her tireless efforts to transform public health policy and access. I could not be more proud to present Addie with this award,” Franchot said.

Speaking in the video about public service, Clayton Mitchell Sr. said many people today place a higher value on the private sector.

“The best answers to that criticism, it seems to me, is precisely the men and women we are honoring. And it’s significant that the distinguished public servants being are honored today are recognized by Comptroller Peter Franchot, a longtime friend and former colleague of my father’s and a person who is taking the time to recognize their lifetime contributions and accomplishments,” Clayton Mitchell Sr. said.

Franchot thanked all the award winners for choosing a life of public service.

“We are forever grateful for your leadership, humility and compassion representing the more than 6 million people that call the Free State home,” Franchot said.