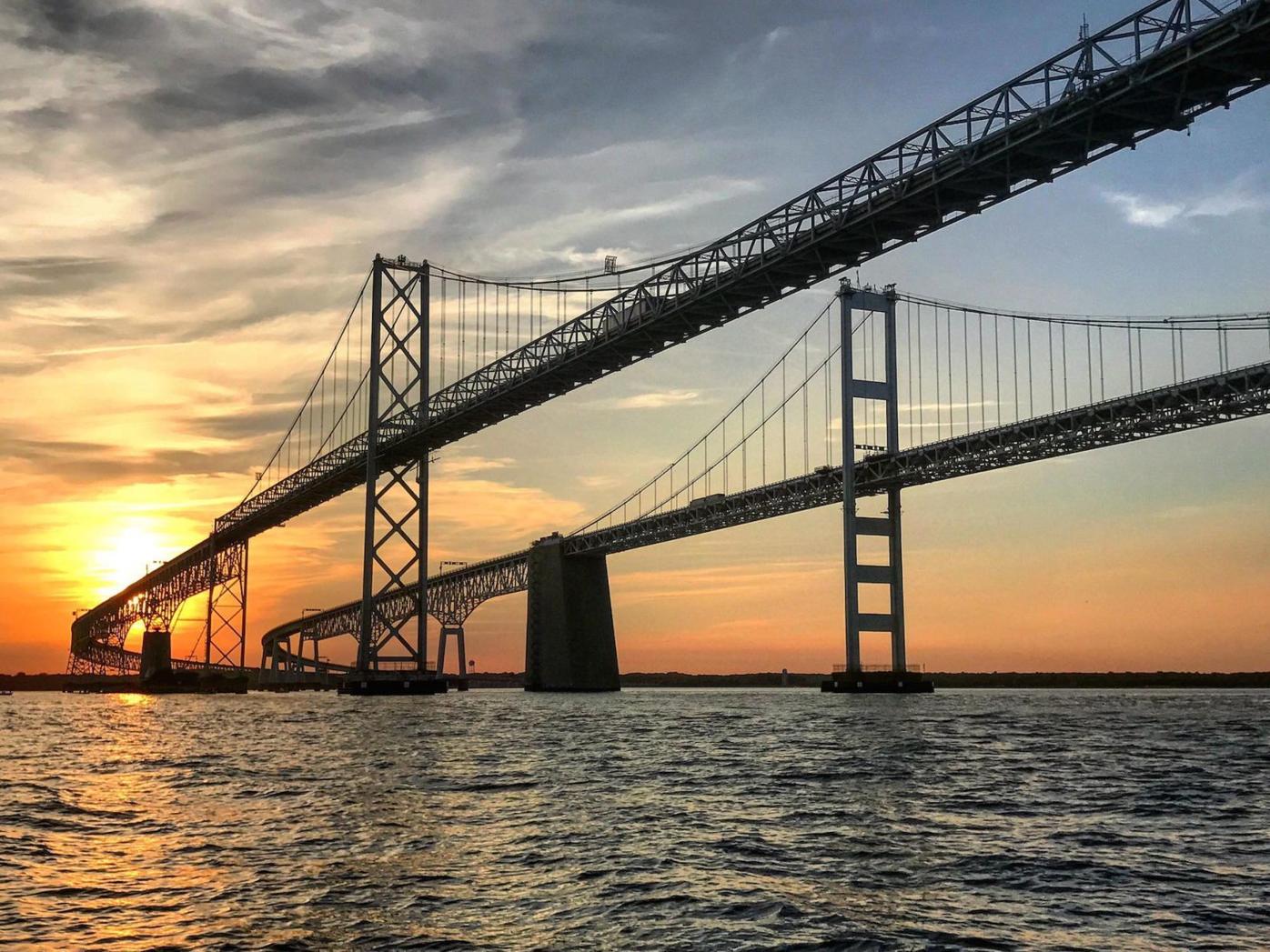 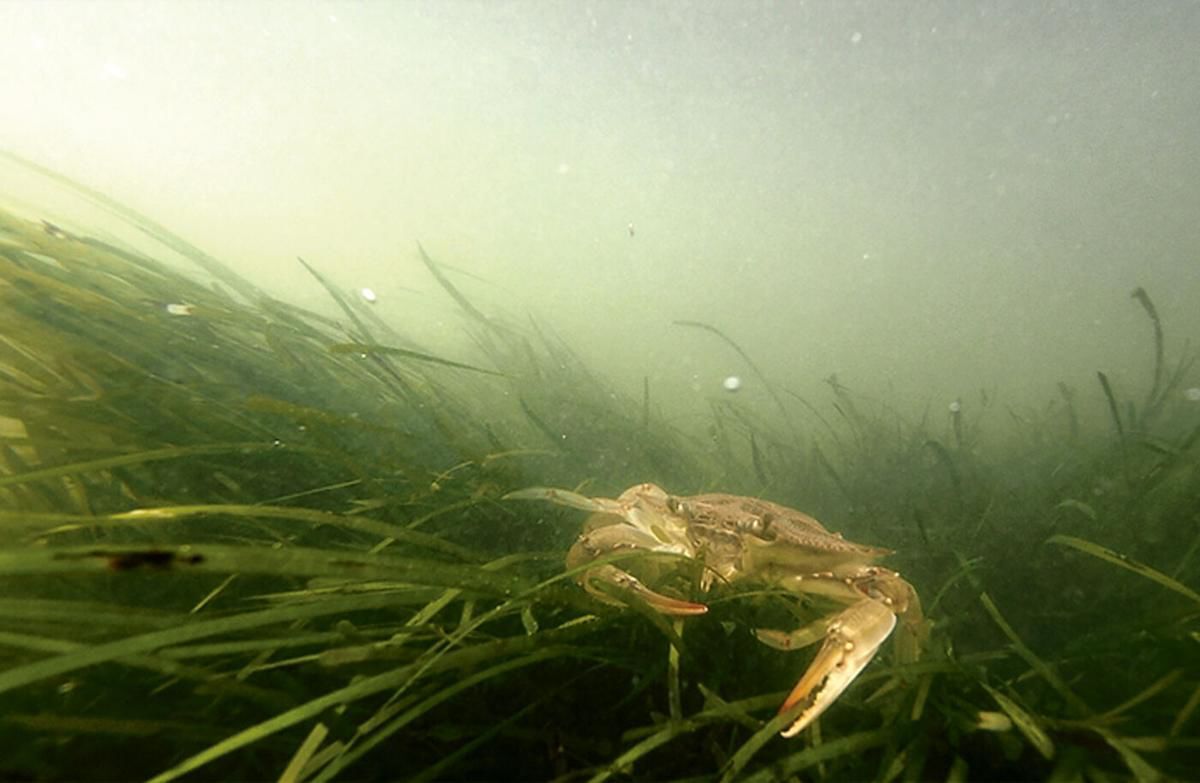 When juvenile blue crabs enter the Bay from the ocean in spring, they take refuge in eelgrass beds.

When juvenile blue crabs enter the Bay from the ocean in spring, they take refuge in eelgrass beds.

ANNAPOLIS — A new report gauging the health of the Chesapeake Bay shows some improvements with blue crab and oyster populations as well as land preservation efforts in the Bay’s regional watershed.

However, water quality among the Bay’s tidal tributaries declined, according to the new report released Tuesday.

The Chesapeake Bay Program calls its Bay Barometer report a “science-based snapshot” that “provides the most up-to-date information about the environmental health and restoration of the Chesapeake Bay watershed.”

The annual report designed to gauge efforts to restore the Chesapeake Bay was released this week, continuing to show an ecosystem in recovery from short-term weather impacts and long-term water quality degradation occurring from excess nutrients and sediment.

There have been a number of improvements from the previous assessment period shown on the report, according to a press release from the 38-year old Annapolis-based program. The report shows “an estimated 17% of female blue crabs were harvested in 2019, marking the 12th consecutive year that number is below the 25.5% target and 34% overfishing threshold.”

Doug Myers, a Maryland senior scientist for the Chesapeake Bay Foundation, this week said, the crab abundance in the bay has been maintained since 2014.

“We are no longer at the whims of other things that impact crab populations,” he noted, adding numbers have remained stable for six years now. “That’s encouraging news.”

In addition to blue crabs, another popular Chesapeake Bay watershed denizen, the oyster, is benefiting from a population restoration project. In 2019, Maryland completed 788 acres of oyster reefs within ten tributaries selected as part of a large-scale project.

“The oyster restoration projects are right on schedule,” Myers said, with three tributaries complete in Maryland and four in Virginia so far. “Funding is lined up” to continue moving forward.

In 2019, 32% of the 132 local education agencies that responded to a Chesapeake Bay Program survey reported providing “Meaningful Watershed Educational Experiences” to at least some of their elementary school students. At the middle school level, this number rose to 38% and at the high school level, it rose to 43%.

“The Chesapeake Bay Foundation has been at the forefront of getting environmental literacy bills passed,” Myers claimed. Although “preachy” in the past, environmental education now is more about “becoming familiar with the environment, how it works” and learning one’s place in it.

Progress is being made in achieving the land preservation goals mandated in the Chesapeake Bay Watershed Agreement. Data collected between 2016 and 2018 show that nearly 1.36 million acres or 22% of land in the bay watershed have been permanently protected since 2010. This marks an achievement of 68% of the outcome and brings the total amount of land protected in the watershed to 9.16 million acres.

Despite some bay improvements, the annual report revealed some decreases from the previous assessment period as well.

According to the report, 38% of the bay and its tidal tributaries met water quality standards during the 2016 to 2018 assessment period, showing a 4% decrease from the previous assessment period of 2015 to 2017.

Other issues still continue to impact the health of the Bay — some with a trickle down effect. Across the watershed, rainfall, temperature and other conditions vary from month to month and year to year, which impact the surrounding environment. Impacts from record rainfall in 2018 continued to impact Bay health in 2019 and 2020.

Still, the CBP acknowledges thanks to the many efforts of local governments, private landowners and watershed residents, nutrient and sediment pollution entering local waterways and the Bay have declined, but agricultural, urban and suburban runoff continue to be a challenge. As population grows in the watershed, urban and suburban development pressures can fragment habitat, harden shorelines, increase impervious surfaces and push pollution into rivers and streams.

“However, these land use pressures can also open opportunities for dialogue and decision-making to protect ecologically and culturally vulnerable lands or mitigate damage when impacts are impossible to avoid. Continued engagement and policy with private landowners, local governments and watershed residents are key for restoration successes,” said Rachel Felver, CBP’s communications director.

Myers said the watershed implementation goals have been “less than ambitious” and as a result of climate change and some other factors, storm water loads are higher than they were when the plan began, meaning more loads of nitrogen and phosphorous in the bay.

“Chesapeake Bay health, resiliency and diversity are increasing overall, but more is needed at a greater pace and scale to achieve our ambitious goals,” Ben Grumbles, secretary for the Maryland Department of the Environment, said. “The Hogan administration will continue to lead with science, record-setting investments, robust conservation and innovative regulation, while pressing all of our federal and state partners to step up in the cleanup and protection of this national treasure.”