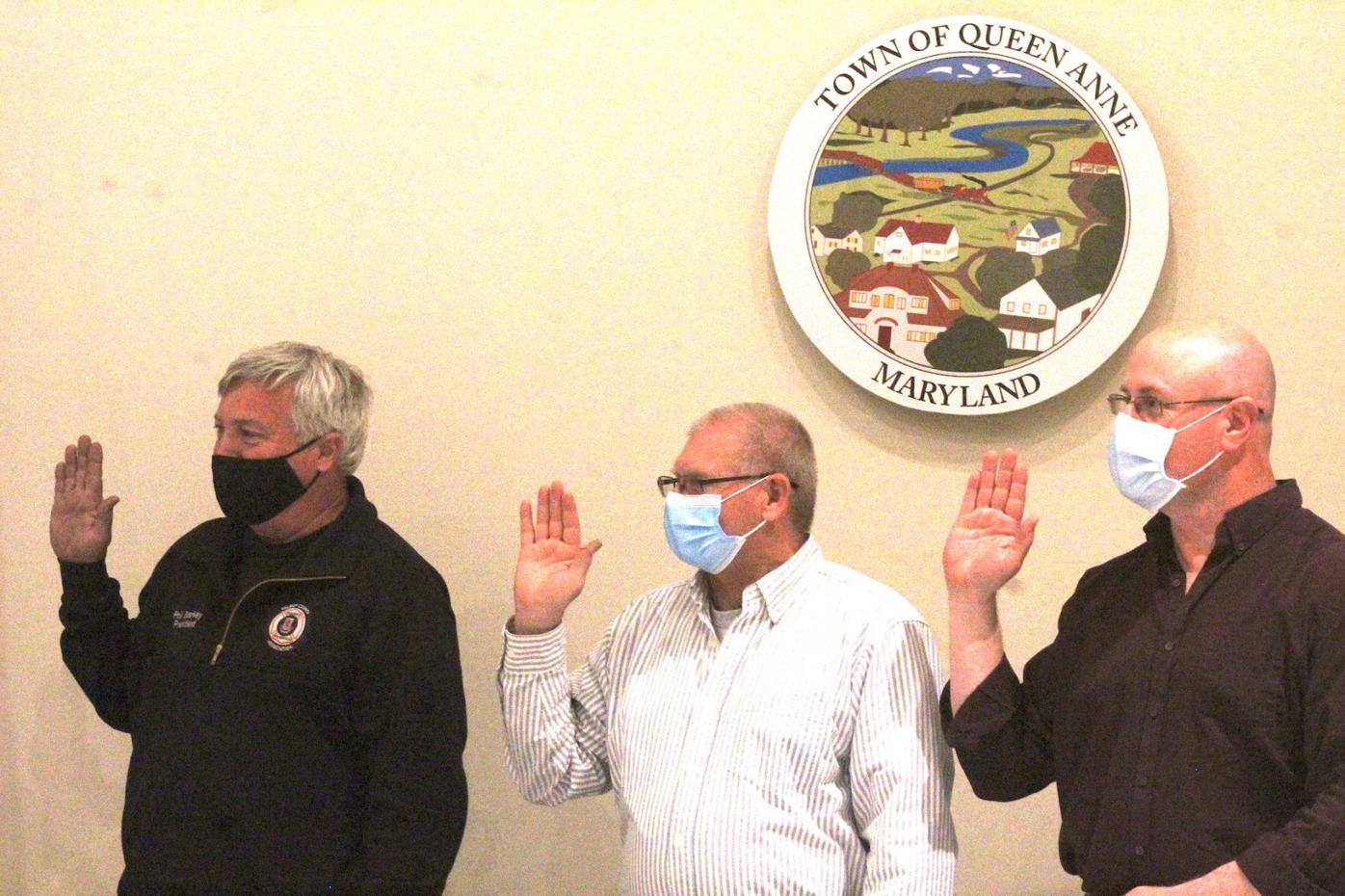 Phil Starkey is sworn in with fellow councilmen Martin Eichelman and Mark Turner. 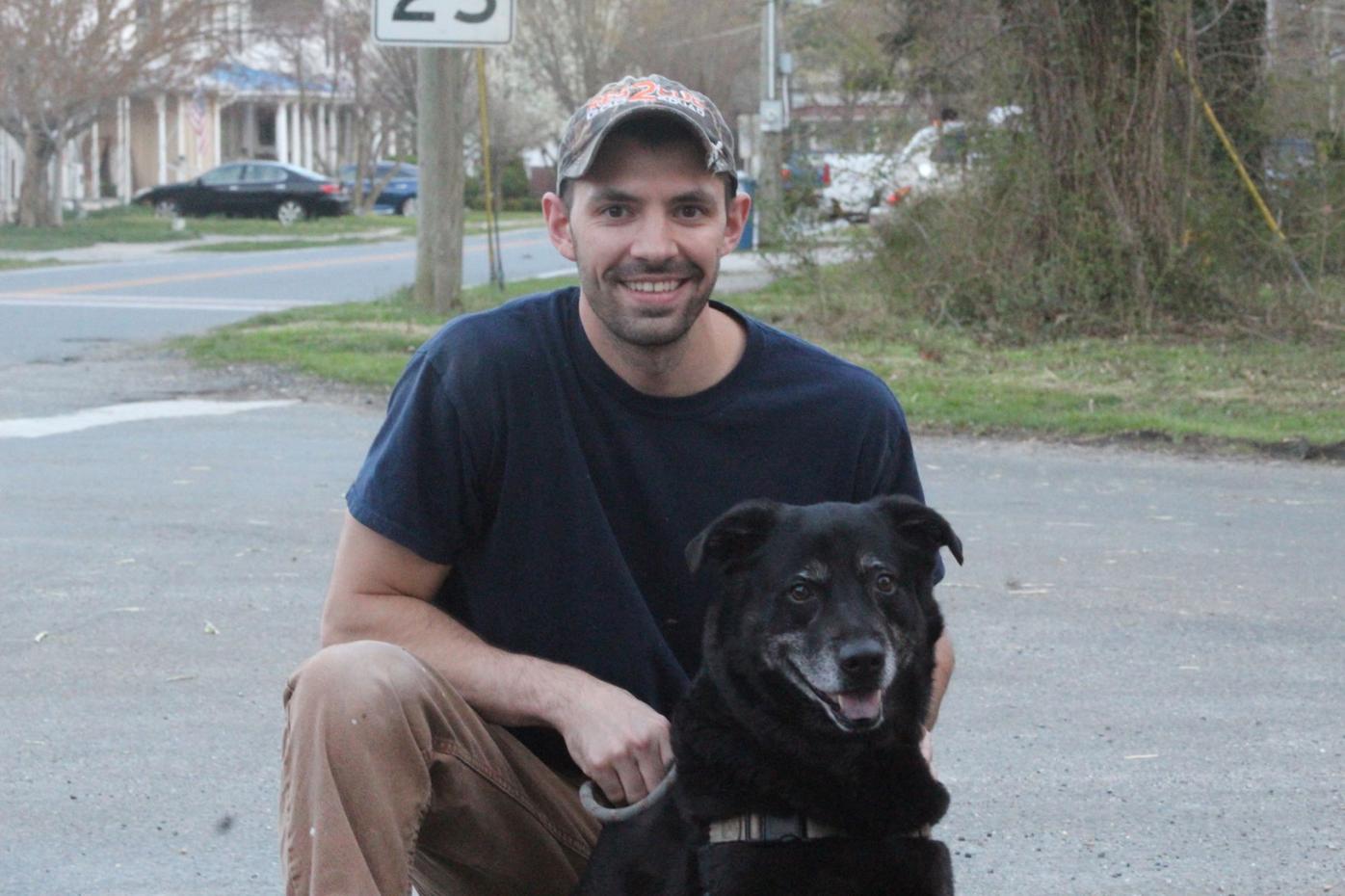 Stefhan Dassoulas, a volunteer firefighter, says he voted for the first time this year. He chose Phil Starkey. 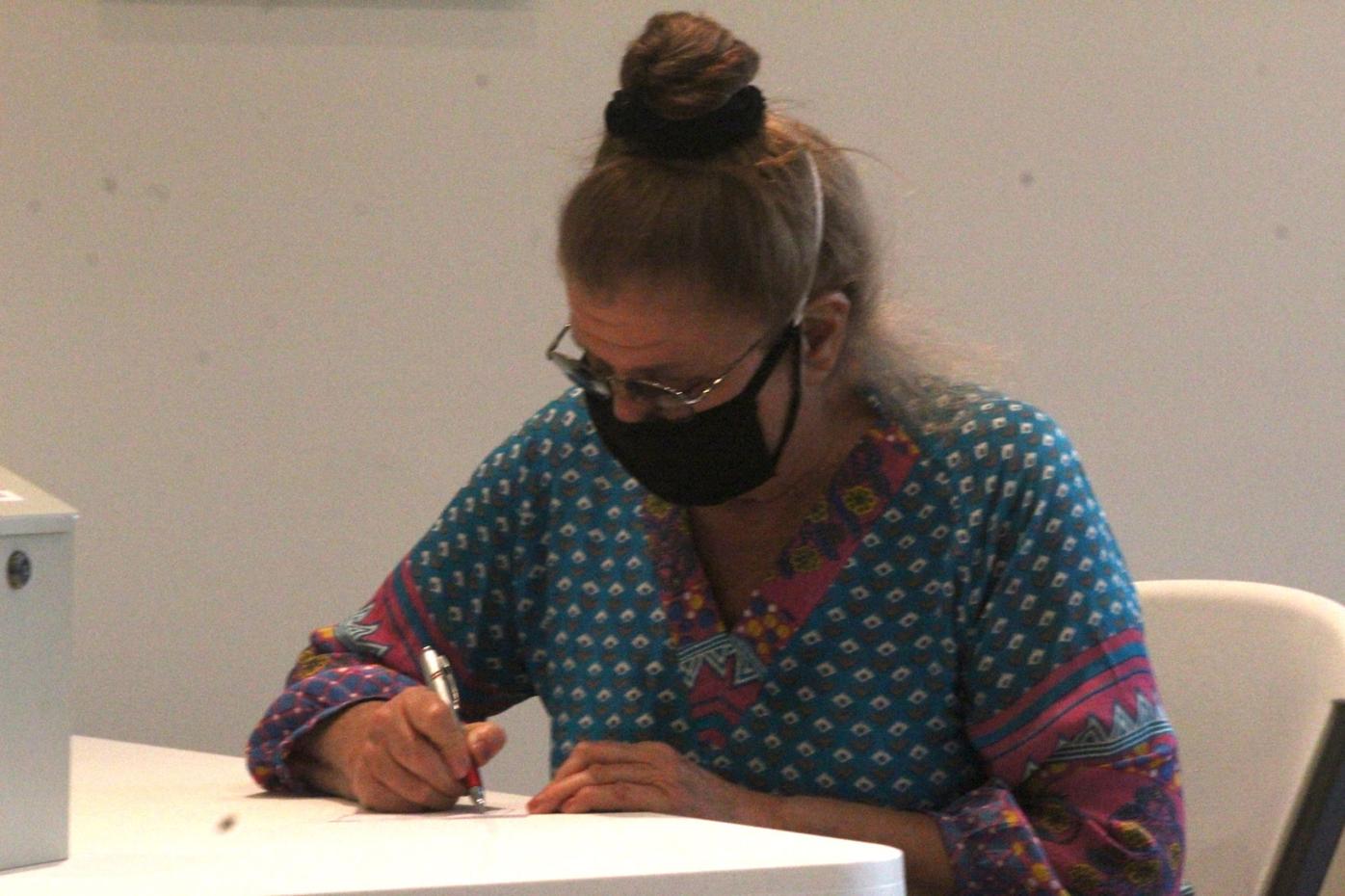 A Queen Anne resident fills out a ballot for the town’s election on Monday, April 5, at the town hall. 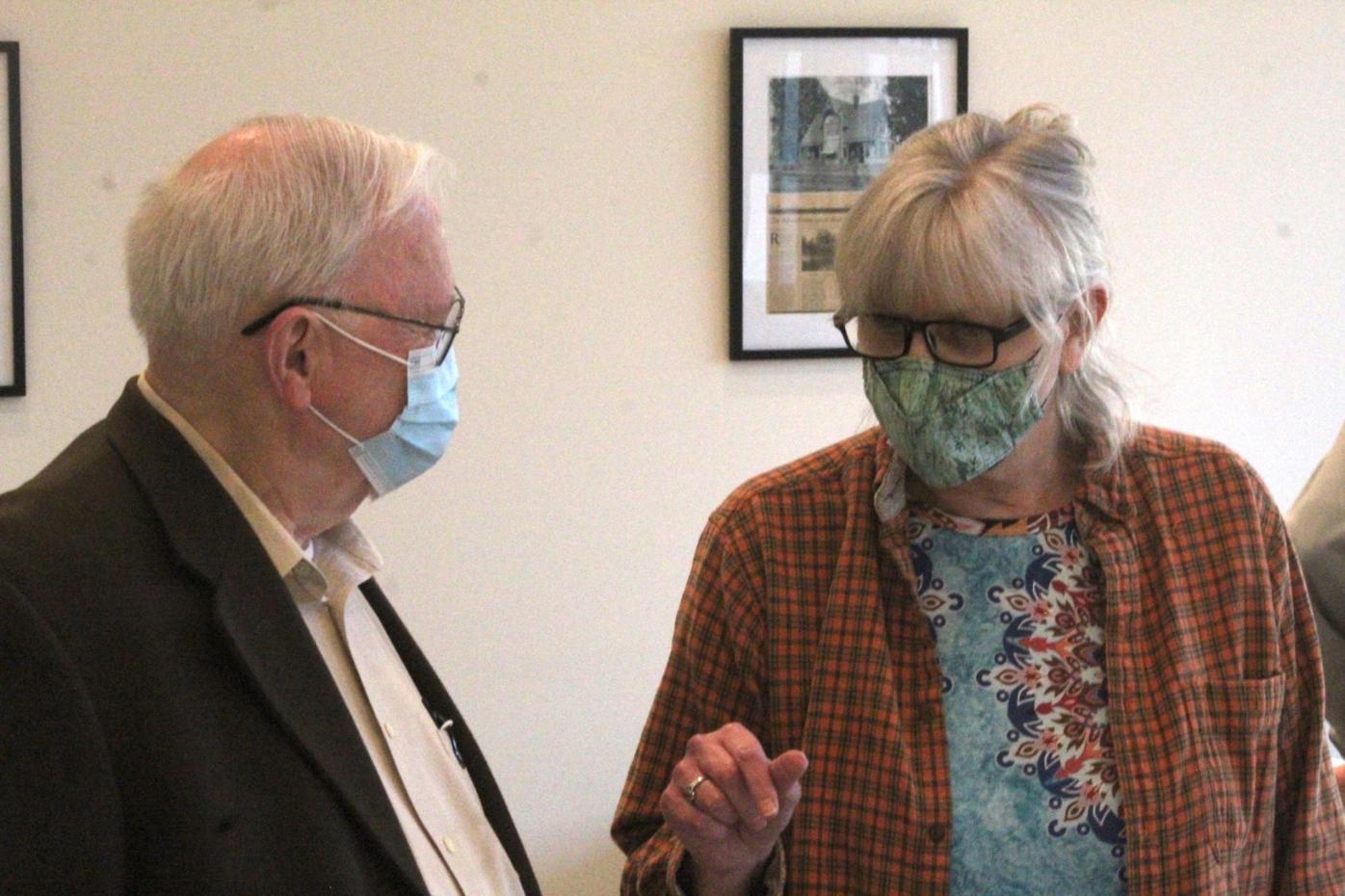 Former Queen Anne Mayor Randy Esty during the election on Monday, April 5, at the town hall. 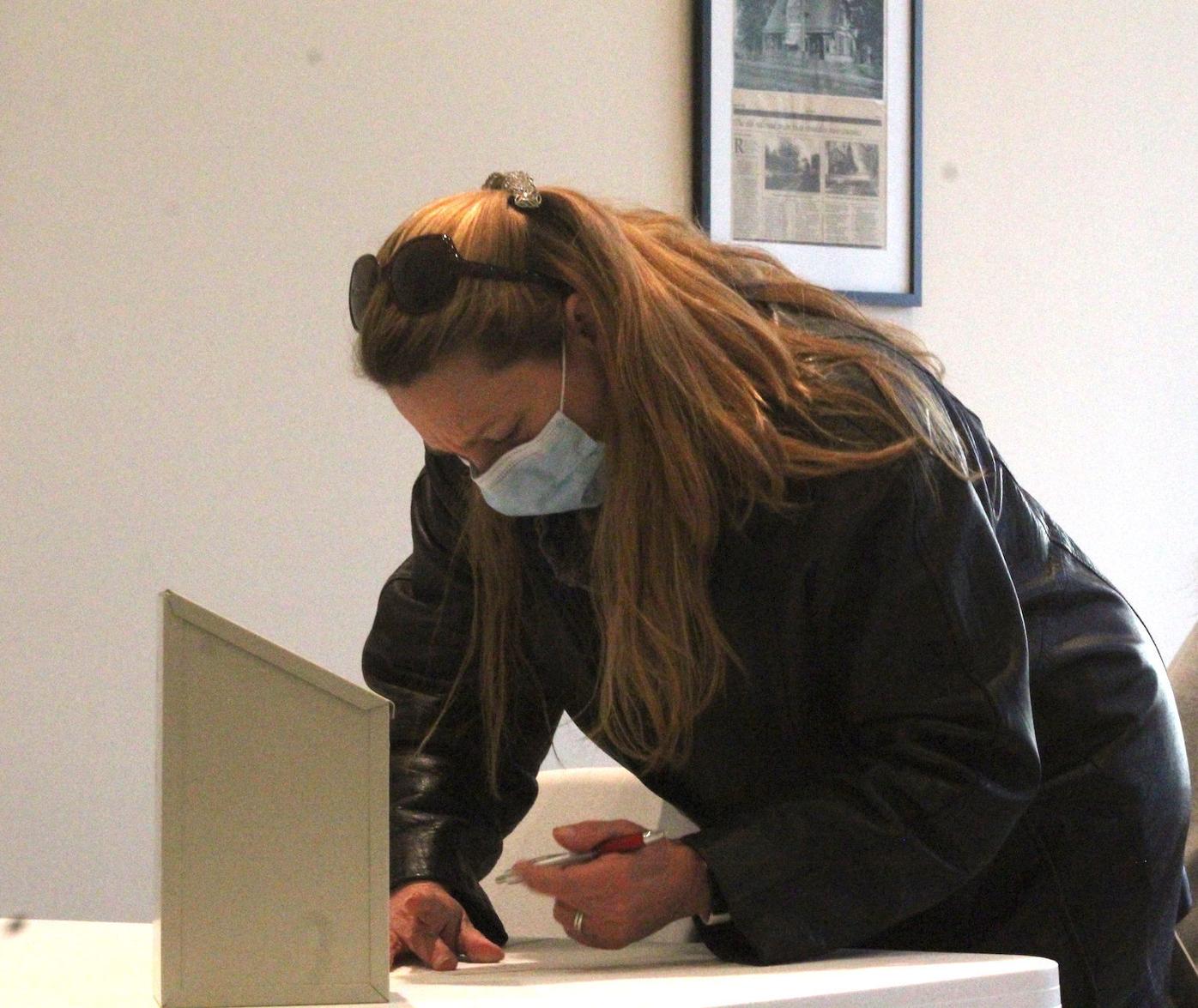 The Town of Queen Anne had record turnout for the election this year. 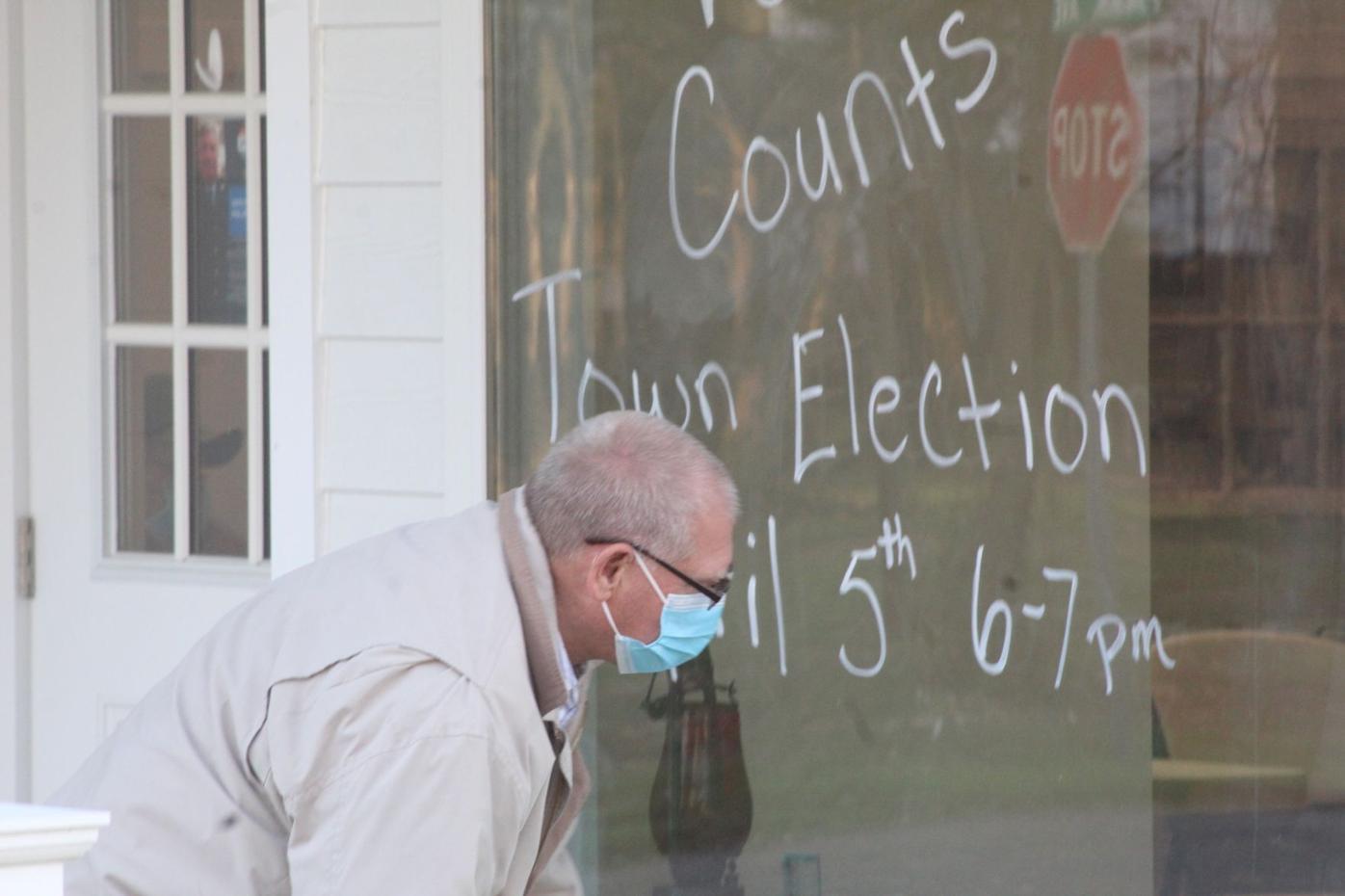 Phil Starkey is sworn in with fellow councilmen Martin Eichelman and Mark Turner.

Stefhan Dassoulas, a volunteer firefighter, says he voted for the first time this year. He chose Phil Starkey.

A Queen Anne resident fills out a ballot for the town’s election on Monday, April 5, at the town hall.

Former Queen Anne Mayor Randy Esty during the election on Monday, April 5, at the town hall.

The Town of Queen Anne had record turnout for the election this year.

QUEEN ANNE — Phil Starkey narrowly won a competitive race in the town of Queen Anne after voters came out in record numbers for the town council election. Starkey, the president of Queen Anne-Hillsboro Volunteer Fire Company, was contested by community volunteer Terry Roane for a council seat vacated by former Mayor Randy Esty, who stepped down last night after the vote.

The competitive race between the two candidates contributed to the high turnout — usually, Queen Anne council seats are not contested. Last year, only 12 votes were cast in the election for Mark Turner, who ran unopposed.

Starkey beat Roane by exactly two votes — the final tally was 30-28. The results were certified soon after polls closed at 7 p.m. Nine absentee ballots were submitted.

Starkey joins the council along with Turner and Martin Eichelman. Eichelman was confirmed as mayor April 5 and Turner vice president.

Esty, who is 80, officially stepped down from local government after 32 years of service to Queen Anne. He congratulated Starkey on his victory after the election.

“It was a well fought-out battle and people were interested in this,” Esty said. “I have never seen a race this close before.”

The mayor shared farewell remarks with APG Chesapeake, mentioning that he was extremely proud of what he accomplished during his years of service, including building the new town hall.

“I spent a lot of hours in this town and this town has gone a long way,” he said. “I’m just very pleased with what we have accomplished, and I look forward to seeing what can be accomplished. I’m turning it around to excellent hands.”

Starkey, who campaigned on plans to renovate and improve Roosevelt Park, said he’s looking forward to his three-year term.

“I’m already trying to get things going,” he said.

Roane said she will stay involved with the town government. She was confirmed to the planning commission after the election.

“It’s going to be a win-win because I’m going to serve on the planning commission and serve in that regard,” she said. “Any way to help the town move forward, I’m happy to do that.”

Voters hiked out in fair weather to the town hall to cast ballots from 6 to 7 p.m. Among them was Cindy Fay, who voted for Roane.

“She knocked on my door, and I mattered enough to her for her to knock on my door,” she said. “She’s played a key element in the parks and she’s done beautification within the town.”

Stefhan Dassoulas, a volunteer firefighter who moved to the town in late 2018, is new to local politics and voted in a small town election for the first time this year.

He cast his vote for Starkey after hearing the fellow firefighter speak about his candidacy.

“He wants to bring more participation to the town,” Dassoulas said, “and (we) obviously have a close relationship.”

Besides cleaning up Roosevelt Park and upgrading the park’s stone paths to asphalt, Starkey said he wants to establish a walking trail from the town to Cordova via an old rail line and work closely with the county as they establish the Frederick Douglass Park on the Tuckahoe near the town borders.