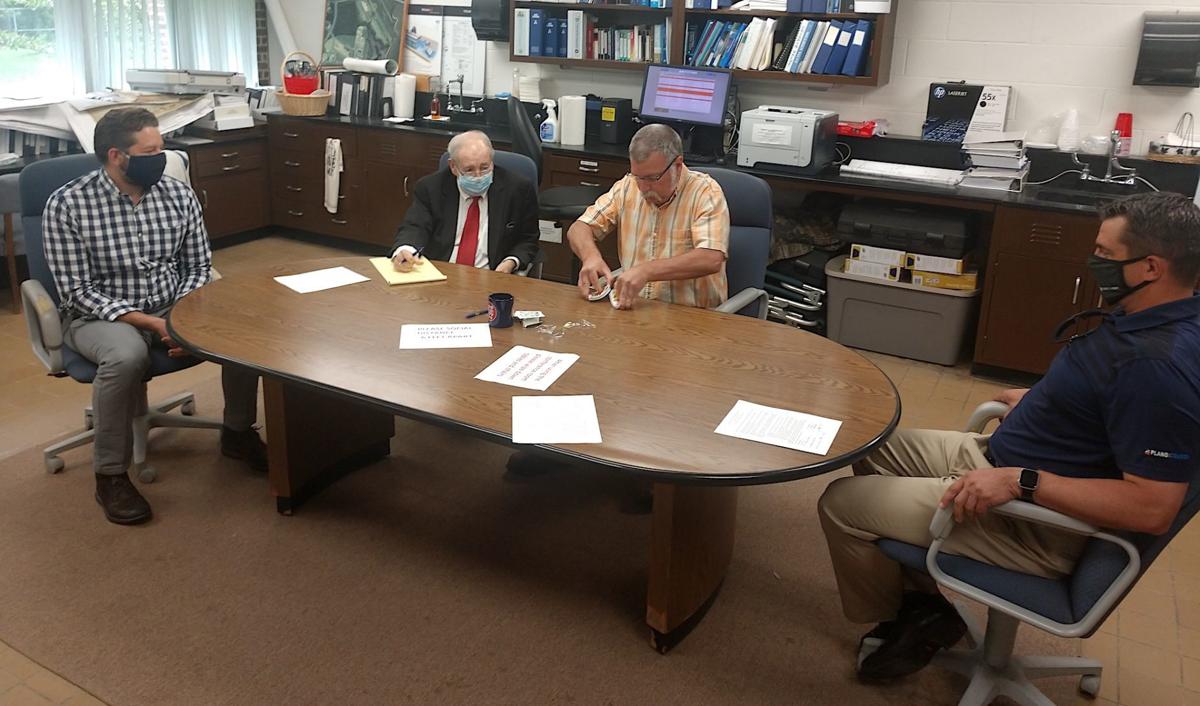 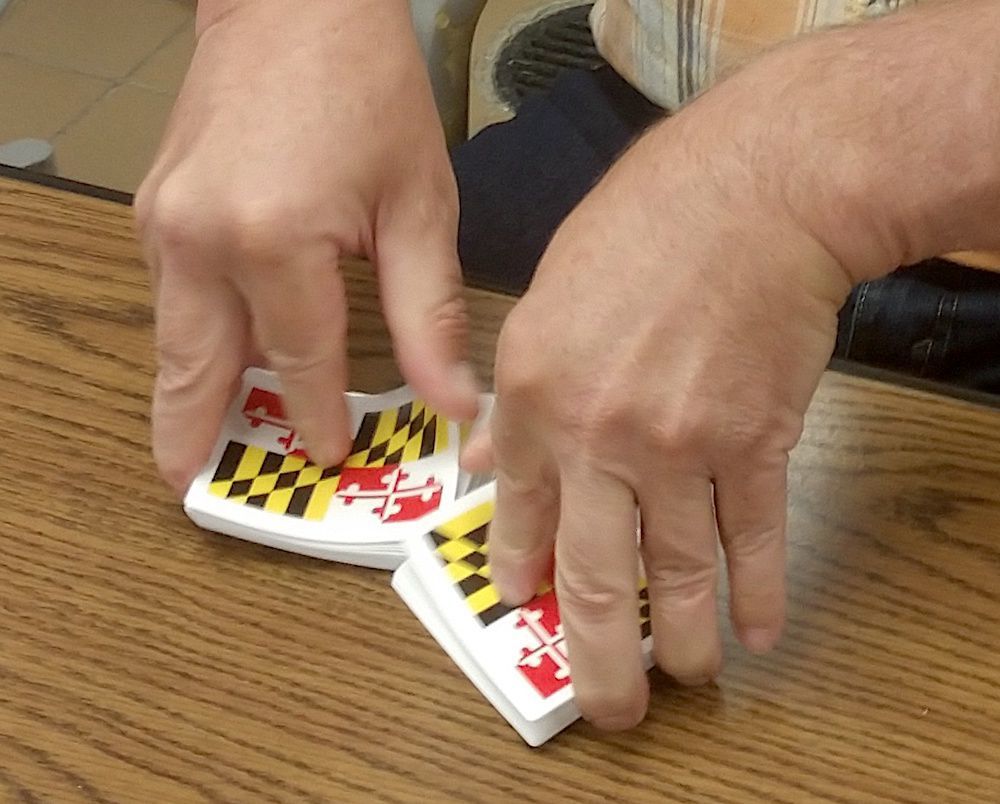 The Maryland deck of playing cards used for the tie-breaker will be incorporated into a display within the completed library. 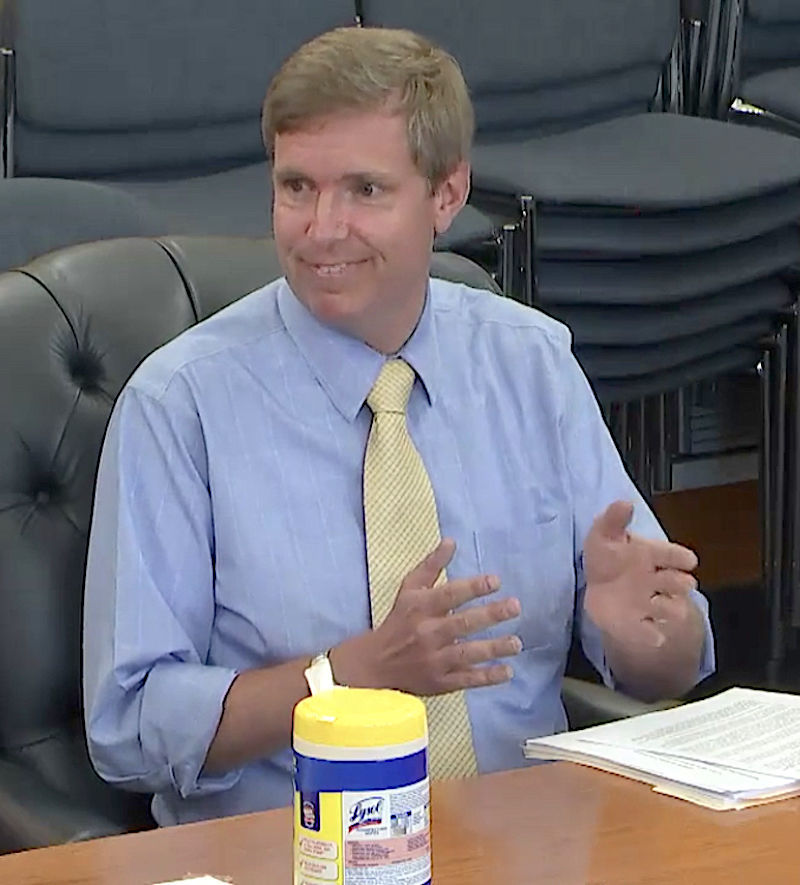 Lee Edgar, chief of engineering with the county’s Department of Public Works, details the recommendations from county attorney Patrick Thompson for dealing with the tied bids for the Kent Island Branch Library expansion.

The Maryland deck of playing cards used for the tie-breaker will be incorporated into a display within the completed library.

Lee Edgar, chief of engineering with the county’s Department of Public Works, details the recommendations from county attorney Patrick Thompson for dealing with the tied bids for the Kent Island Branch Library expansion.

STEVENSVILLE — The contract to expand and renovate the Kent Island Branch Library was decided by the luck of the draw after the two lowest bidders tied. Both Plano-Coudon LLC of Baltimore and Towson Mechanical Inc. entered bids of $6,698,000 for the demolition, site development and construction of a new addition and renovations. They were two of 14 firms that bid for the contract.

Lee Edgar, chief of engineering with the county’s Department of Public Works, told Queen Anne’s County Commissioners June 9 that county attorney Patrick Thompson said they had three courses of action to choose from to solve the issue of the tied bids: by lottery; based on their total costs including bid alternates, which could be open to dispute because the alternates weren’t included in the original bid; or reject all bids and re-advertise, which would cost more in both time and money. Both firms agreed a lottery system — drawing cards — was fair.

Shawn Raver of Towson Mechanical Inc. and Michael Kovacs of Plano-Coudon LLC met with Thompson and Public Works Director Alan Quimby Monday, June 15, at the sewer office on Kent Island to decide the bid. Quimby shuffled a new deck of Maryland playing cards before the tie-breaker.

Raver pulled a four of diamonds from the deck; Kovacs drew a seven of clubs. So, Plano-Coudon LLC won the contract.

Edgar said the cards, along with the tie-breaker agreement, will be incorporated into a display in the completed library.

In February, the Planning Commission approved the site plan for an 11,900 square-foot addition that will more than double the size of the existing library.

Queen Anne’s County Library Director Janet Salazar told the Planning Commission the Kent Island library has seen a 44 percent population increase since it opened in 1989, and it no longer has the space to truly serve the needs of the community.

“This new, larger and more modern building marries the traditional with the new and will serve the library (as it is) used today and have the flexibility and design to make changes as we need to for the future,” Salazar said.

During the county’s fiscal 2021 budget process, the project drew public support. Comments during the hearings were all in favor of keeping the library expansion in the budget.