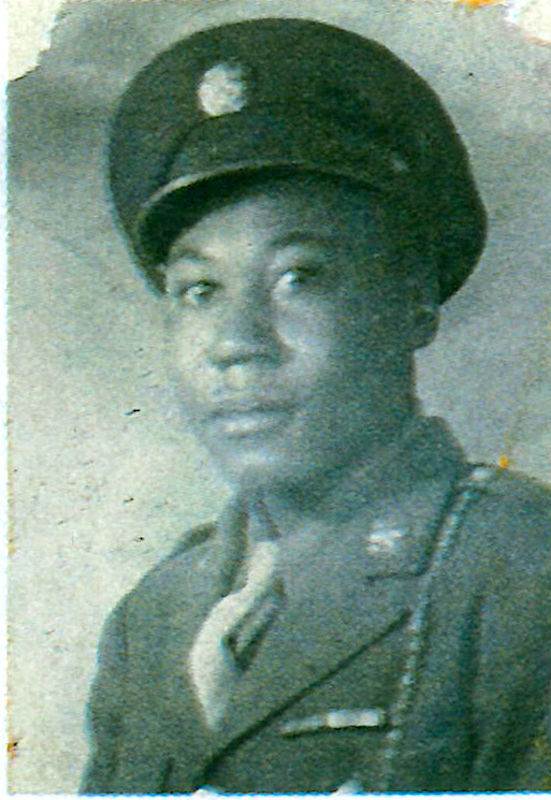 A young George Gaines served in the U.S. Army during World War II. He was one of the first three Marylanders to cross the Rhine River going into Germany toward the end of the war. 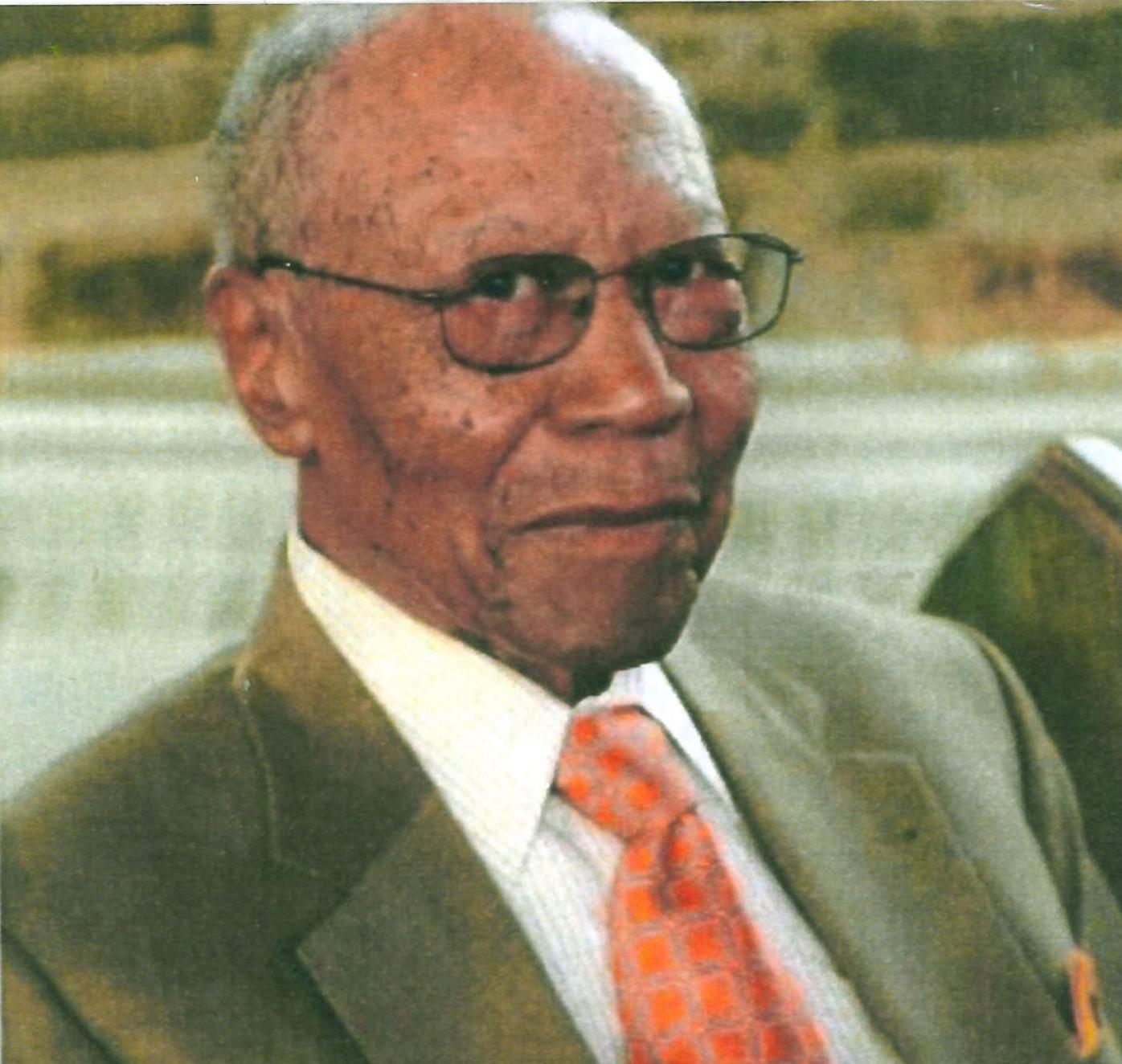 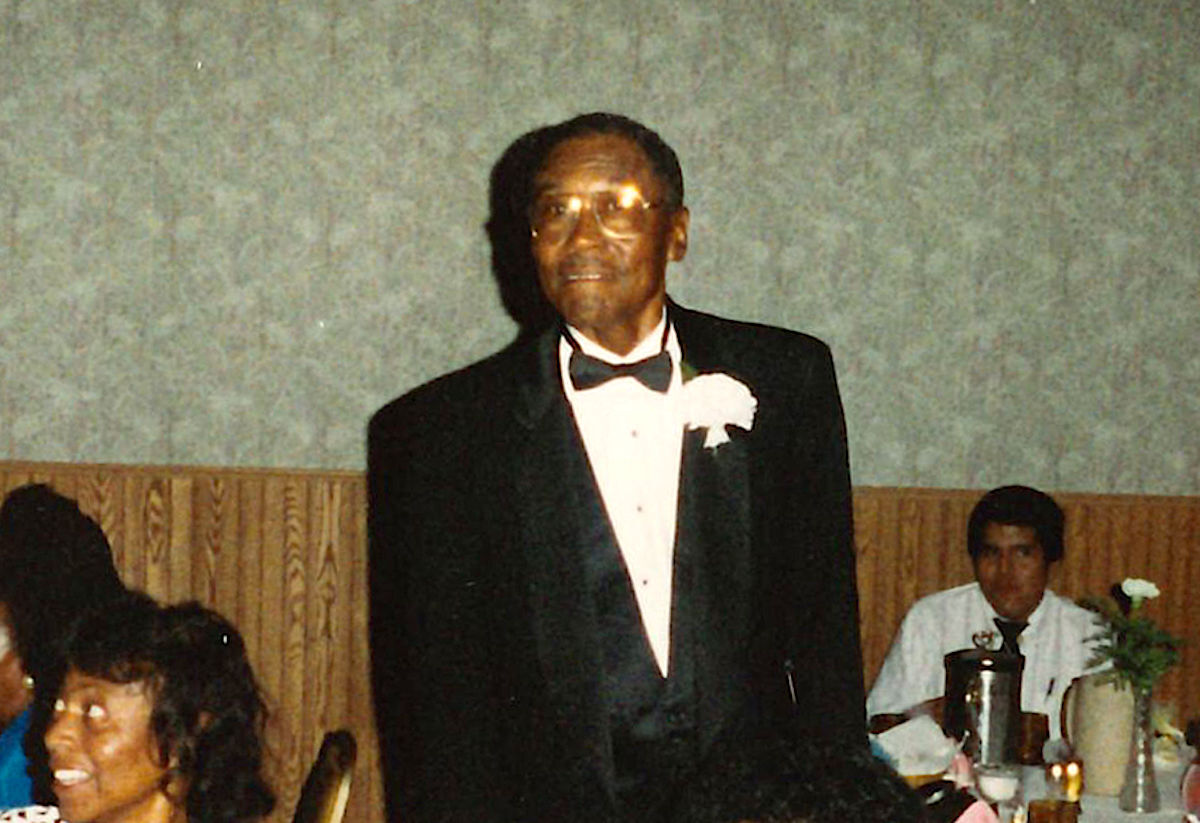 George Gaines, in a tuxedo, during a family celebration.

A young George Gaines served in the U.S. Army during World War II. He was one of the first three Marylanders to cross the Rhine River going into Germany toward the end of the war.

George Gaines, in a tuxedo, during a family celebration.

The Gaines family was well-known and respected in Centreville, as George’s father “Bush” started a highly successful automotive repair garage at the end of Liberty Street, which George and his brother Bill took over and continued to operate until George retired in 1998. The business was named William D. Gaines & Sons Garage.

Evelyn Berry, also native of Centreville, knew the Gaines family and George. She worked at Edwards Pharmacy for 25 years before retiring, and she will also turn 100 this coming December.

“The Gaines family was very well known in Centreville, and a very nice family. I have always considered George Gaines to be an outstanding citizen,” she said.

George attended Queen Anne’s County Public Schools before enlisting in the U.S. Army, where he became one of the first three Marylanders to cross the Rhine River into Germany toward the end of World War II. In the Army, George learned and perfected his skills as automobile mechanic, thus becoming an immediate asset to his father’s garage after the war.

George also served as a school bus driver with Queen Anne’s County Public Schools for 49 years, retiring from that job in June 1998. He was recognized for serving so many years as a bus driver for the county and never having had an accident.

In his 49 years driving the school bus, he saw many changes — driving initially on dirt roads in the late 1940s and early 1950s, to the end of segregated schools in QACPS in 1967. He loved getting to know the children and their families on his bus routes. As a school bus driver, he officially logged 1.27 million miles.

He also saw the evolution of the school bus. George was instrumental in having the first warning lights put on school buses in Queen Anne’s County, always thinking about the safety of the children. He not only drove children to school each day but also to sports team competitions, band competitions and field trips.

All of the Gaines siblings are now deceased except for George and Dorothy, who resides with her husband James Pauls in Centreville.

Dorothy said, “I have never seen George be angry in my life. He was a perfect role model in our family for all of us as we grew up, and still is.”

She added, “He always looks on the bright side of everything — he got that from our mother.”

While growing up in Centreville, the Gaines family attended the former St. Paul’s AME Church, which later was renamed Bethel AME Church. George married Frances Edmunds Gaines, who was a school teacher in QACPS. They have one son, George Gaines Jr., and George Jr. had one son, Shawn Gaines, the Gaines’ only grandson. Upon his retirement, George and Frances moved to Baltimore City, where they still reside.

Dorothy said, “We sold the property where our father’s garage use to be five years ago. George still owns property in Centreville.”

Dorothy said she regretted that on Monday, the family could not gather together to celebrate his 100th birthday with George in person, due to the COVID-19 pandemic, however, family and friends planned to call him and sing “Happy Birthday” to him over the phone.

“You know, living 100 years is quite an accomplishment,” she said.

George said he attributed the following to his longevity: “1. A loving family; 2. Believing in God and attending church; and 3. Taking care of my personal health needs — eating healthy.”