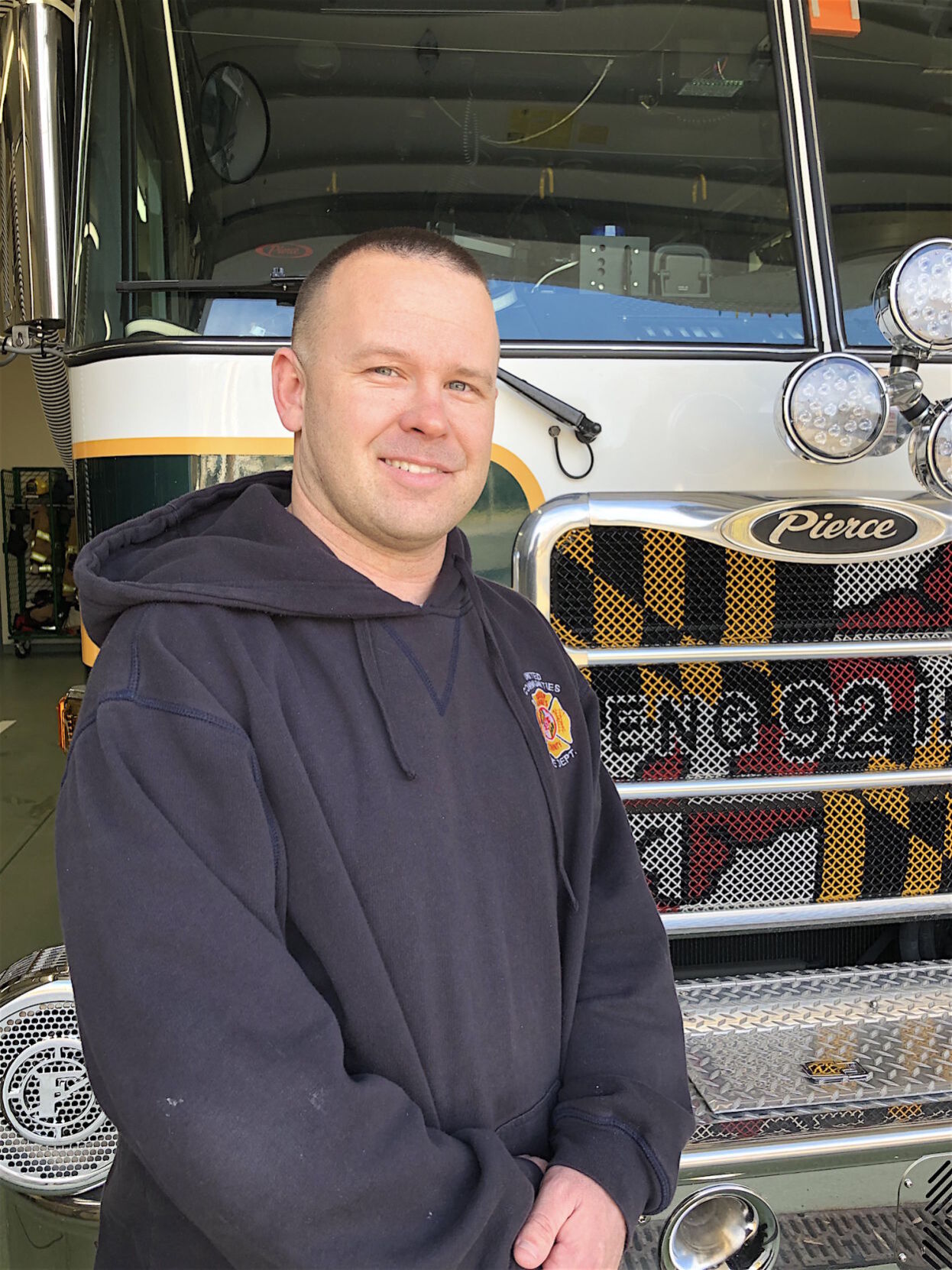 Senior Deputy State Fire Marshal Brad Childress, also a volunteer with United Communities Volunteer Fire Department, is credited with saving a man’s life with a tourniquet after the man severed his hand with a chainsaw in a tree-cutting accident Thursday afternoon, Sept 10. 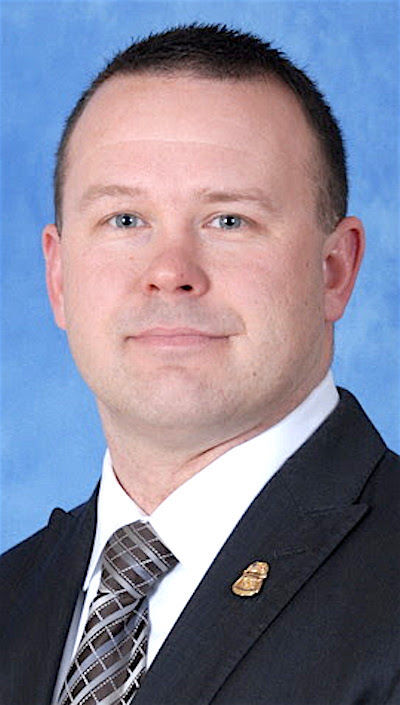 STEVENSVILLE — Brad Childress of Stevensville doesn’t think of himself as a hero and said he’s humbled by the fact people are calling him one.

Childress, a senior deputy state fire marshal, is being credited with saving a man’s life Thursday, Sept. 10, by rendering aid and applying an agency-issued tourniquet in a tree-cutting accident.

He had heard the sounds of a chainsaw being used when he arrived home. He was in his yard about to go off duty at 3 p.m. when the sounds of the chainsaw stopped and he heard a man screaming, “Help me.”

Childress, who is also a volunteer firefighter and emergency medical technician, jumped back into his vehicle and responded to the distress call. He found a 36-year-old man with a severed left hand and deep cut on his chest in the backyard of a neighbor’s house on the 400-block of Elm Street.

“I was pulling up as a neighbor was dialing 911,” Childress said.

He used a combat application tourniquet — one of several types of tourniquets he said he carries with him on his deputy state fire marshal’s vehicle — and applied pressure to stop the bleeding.

“It was a pretty traumatic injury,” Childress said. “When seconds count, you gotta act quickly.”

Childress used his portable radio to notify Queen Anne’s County Emergency Services as to the extent of the man’s injuries and also treated the man’s chest wound until paramedics from United Communities Volunteer Fire Department and county EMS arrived.

“I’m just glad I could help. He was bleeding pretty bad, so I put the tourniquet on. Then the ambulance got there and took over,” he said.

As a first responder, Childress said, “That’s what we do.”

All over the country everyday, first responders jump into action when emergencies happen, he said.

“God put me at the right place at the right time. I was outside in my yard or I wouldn’t have heard him,” Childress said. “I’m not looking for celebrity status. I was just happy to help him out.”

He said the collaborative efforts of everyone working together saved the man’s life, and he praised the swift response of the firefighters and paramedics. He called it “neighbors helping neighbors.”

Childress said the man was a worker with either a tree cutting service or a landscaping business.

“Childress’ professional demeanor and dedication to duty is a credit not only to himself but to all of the members of the Department of State Police,” said State Fire Marshal Brian S. Geraci in a statement. “His actions have demonstrated that he is truly an asset to this department and the entire community.”

Deputy state fire marshals and troopers are issued tourniquets and medical aid kits and are trained in the use of the life-saving devices.The Maryland State Police Education and Training Division offers training in CPR and the application of tourniquets on themselves and others for life threatening scenarios, the fire marshal’s office said.

The combat application tourniquet is one that he uses and trains with at the state police, Childress said. “We always keep them with us in our vehicles.”

The story became public when Childress called his boss that evening to request another tourniquet. His boss asked what happened to the other one, so Childress told him what had happened, and the fire marshal’s office issued a news release.

“It’s good to have training,” Childress said. “You just never know when you might need one (a tourniquet). You could be at a gas station; you could be at the mall. It’s a good tool to have to control bleeding. I’m just glad it all worked out.”

Childress was selected as the 2019 Deputy State Fire Marshal of the Year for the Upper Eastern Regional Office. He had to undergo open-heart surgery at Washington Hospital Center in Washington, D.C., in November 2019.

During his recovery at home, Childress suffered stomach complications that resulted in a major gastrointestinal bleed and was rushed to Anne Arundel Medical Center in Annapolis, where he received six units of blood and a unit of plasma. After recovering, he wanted to give back, so Childress and his wife began organizing regular blood drives at United Communities VFD, where he has been a volunteer for 17 years.

The heart surgery and g.i. bleed did not stop him.

“He was determined to recover and return to work as soon as possible. In fact, Deputy Childress returned to work four weeks earlier than anticipated with a stronger work ethic and passion for life. And, his actions today demonstrate that,” said Regional Commander and Deputy Chief State Fire Marshal Caryn McMahon on Thursday.

“People that serve do this type of stuff everyday,” Childress said. “God put me in the right spot. It feels good to help people. I’m somebody that just tries to do good in the world, that’s all.”

He added, “We’re very lucky to have the fire department and emergency personnel we have here. It’s a good system.”

Childress also is an instructor for fire investigation and arson awareness at the Maryland Fire Rescue Institute in Centreville and the local high school.

Both Childress and his wife Jenna are native Kent Islanders. She is a teacher in Talbot County. They have three elementary-age children: Hunter, Luke and Laney.