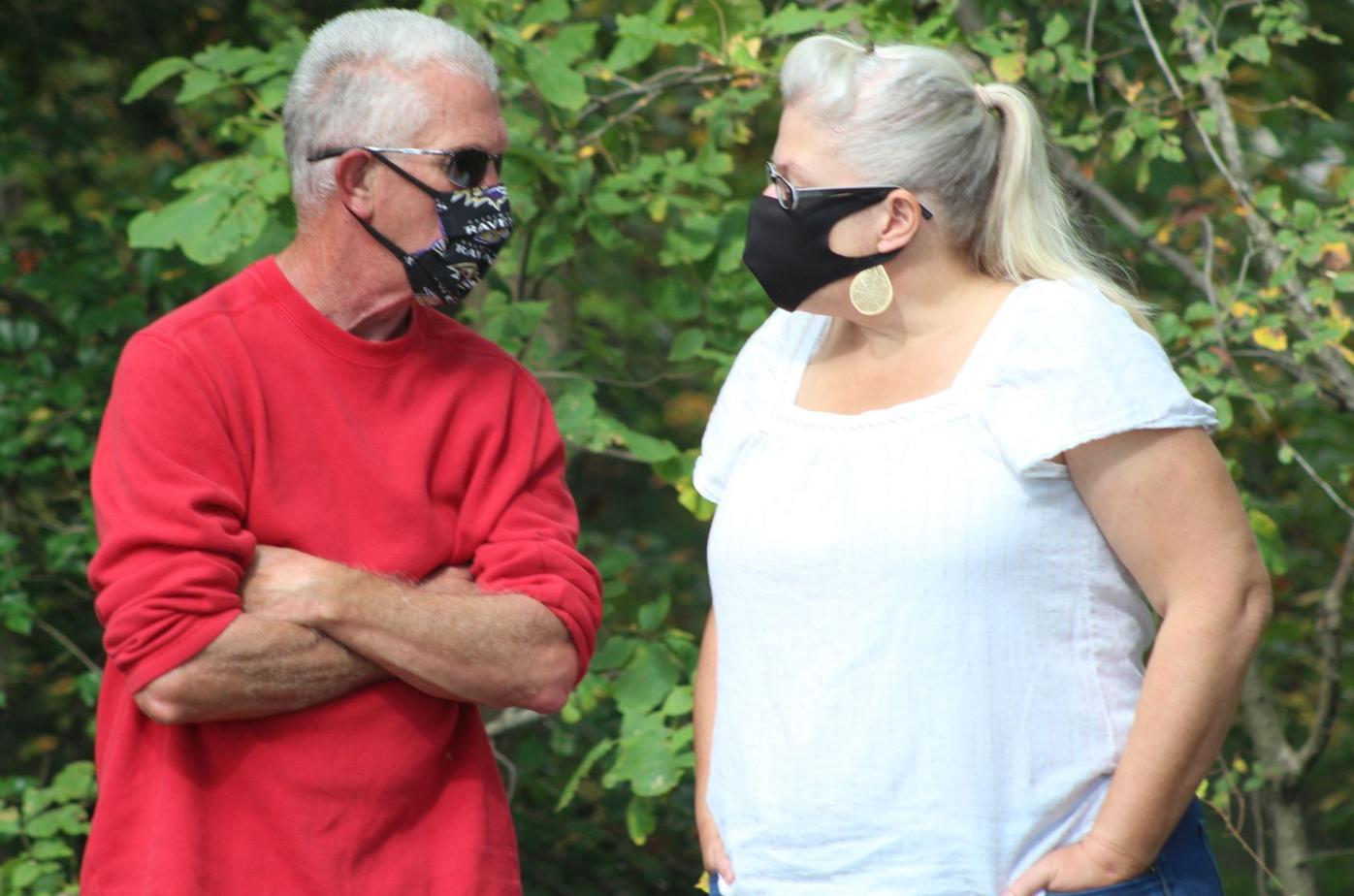 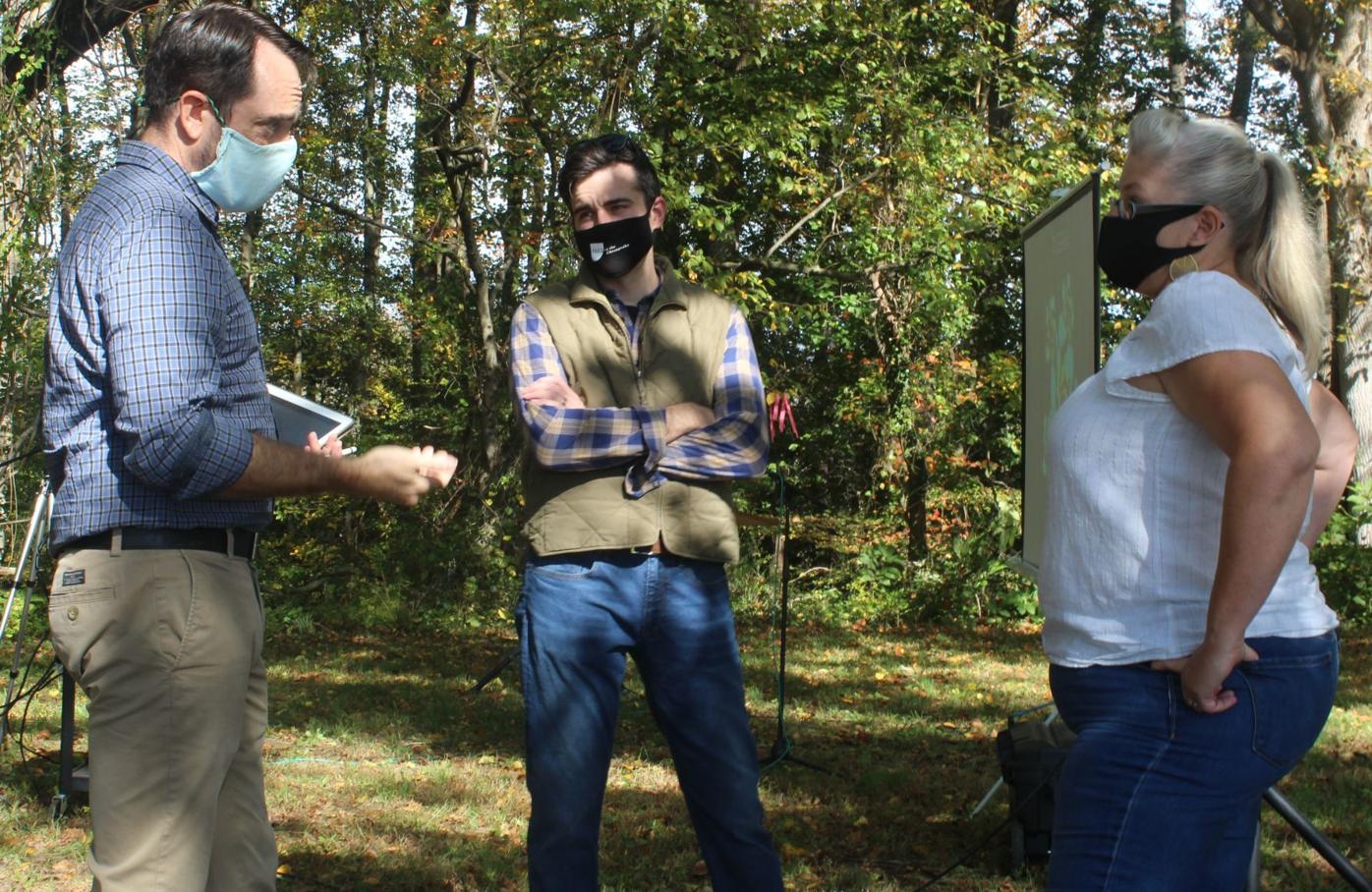 Frederick Douglass Park on the Tuckahoe could see a garden, a picnic area or educational centers about Douglass’ life. 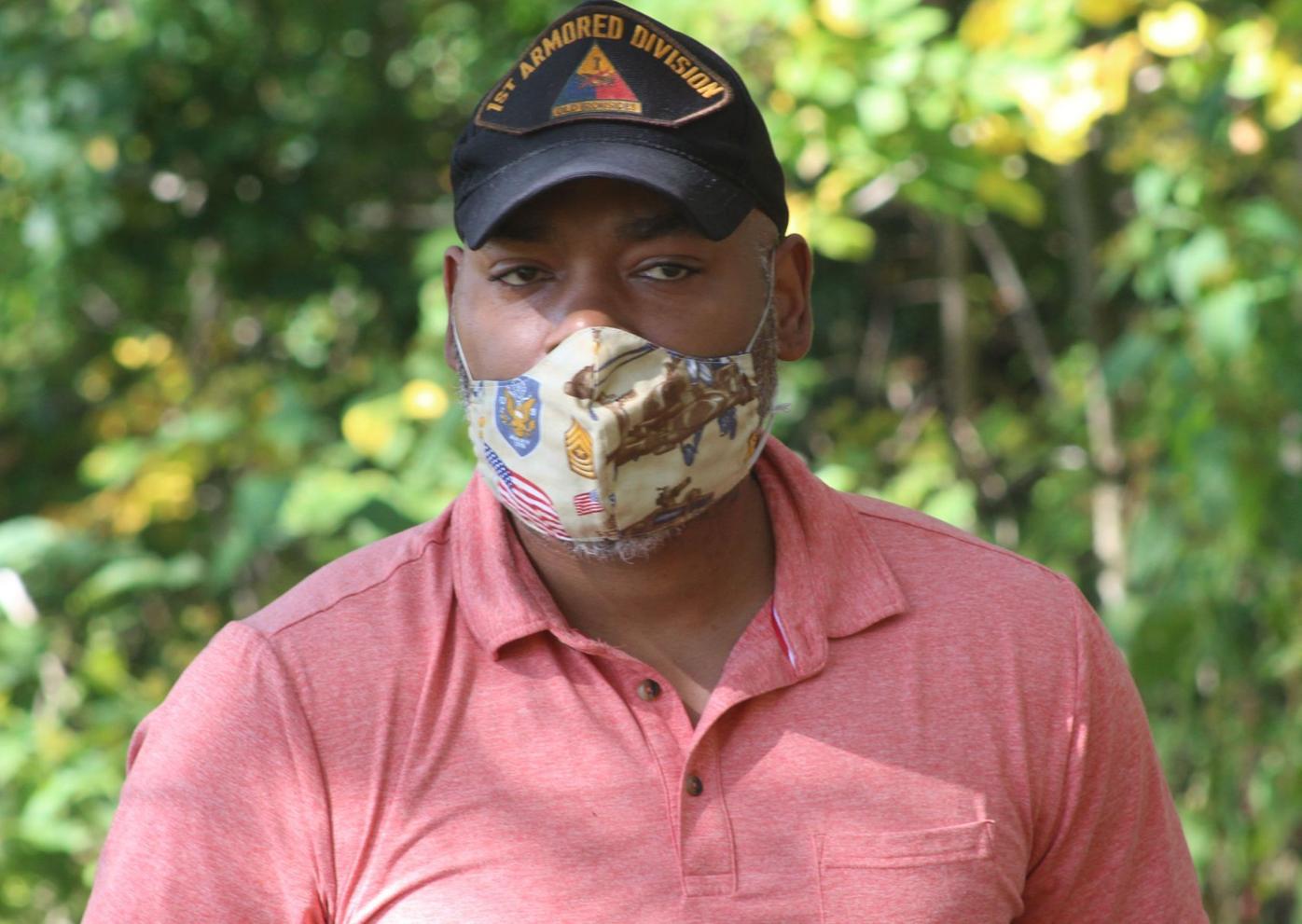 Terrence Bailey Sr. is a descendant of Frederick Douglass’ brother. 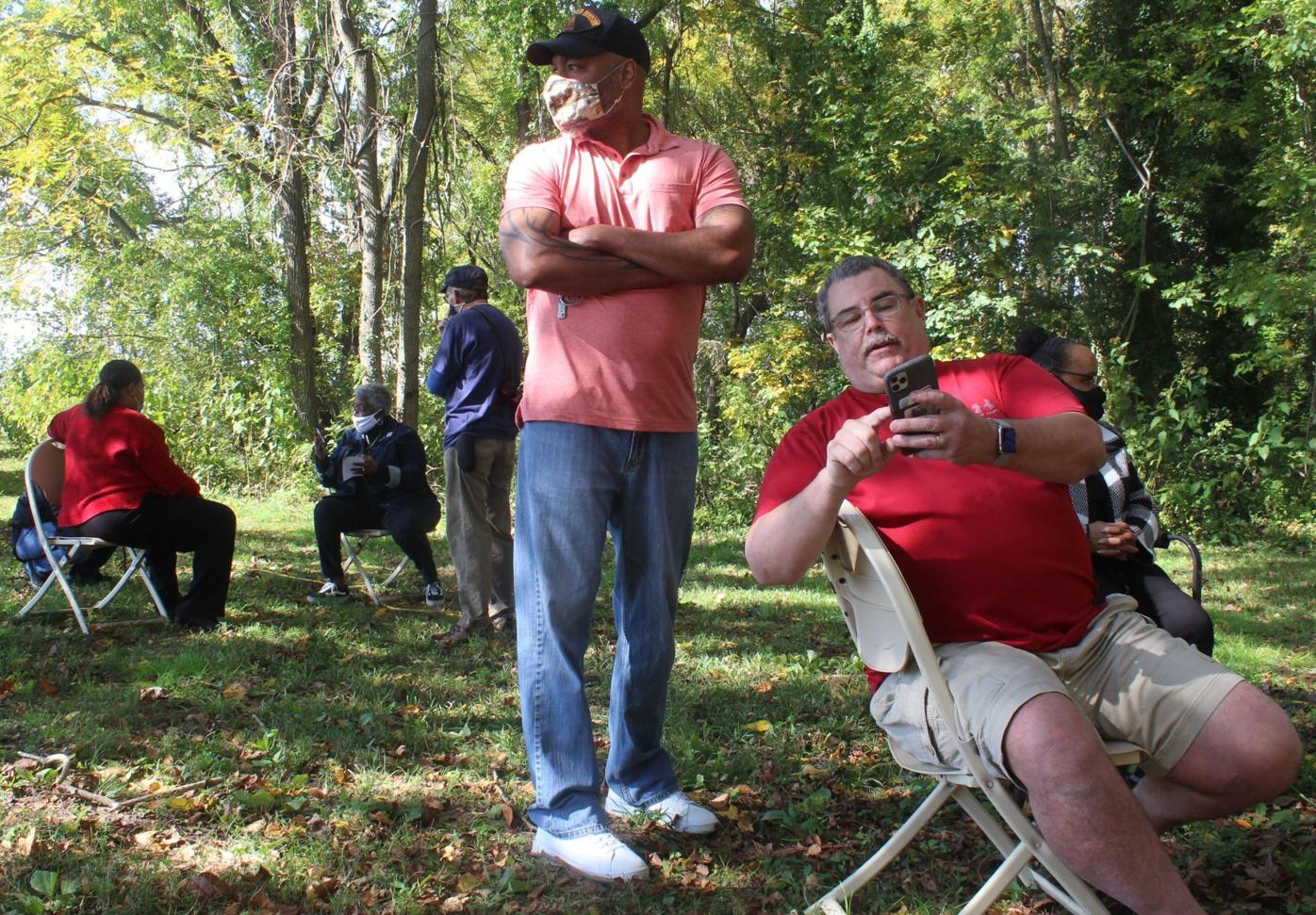 The community breaks into groups to discuss ideas for the park. 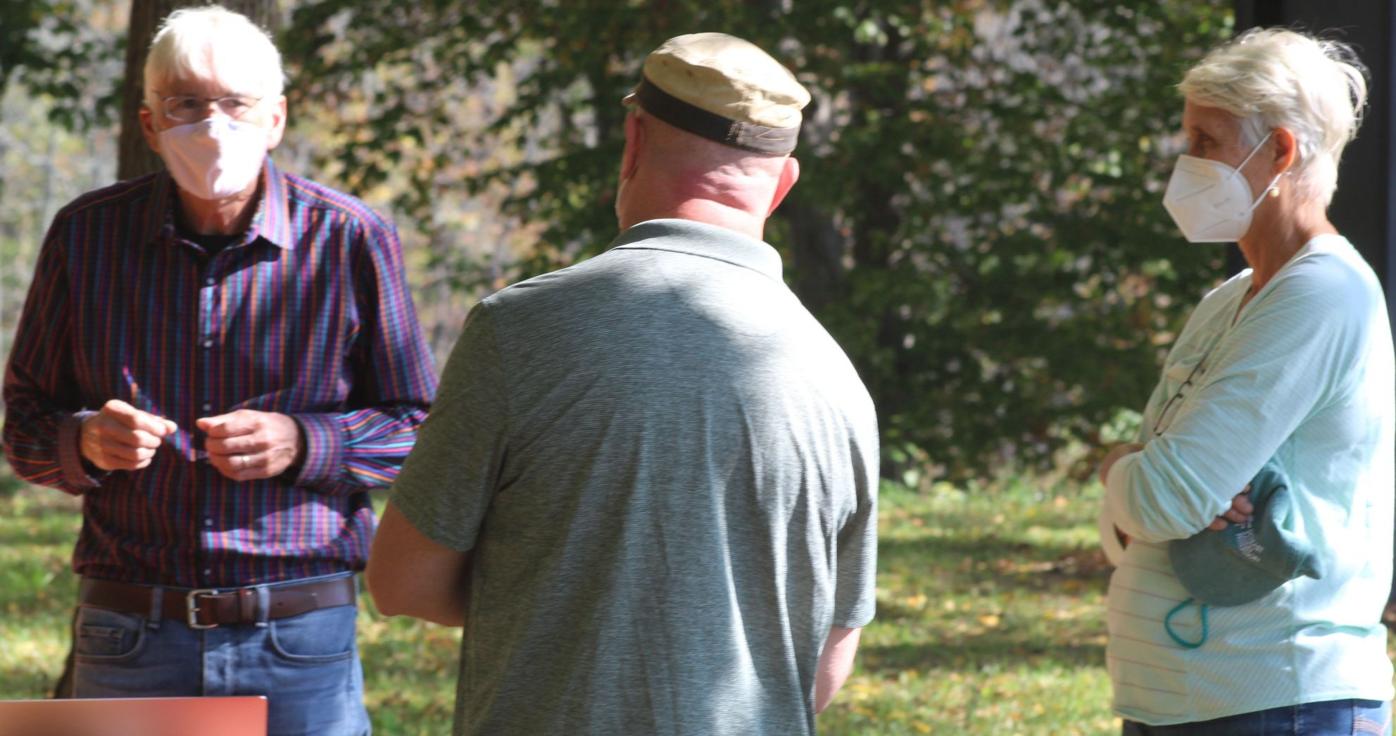 Mark Gionet, the principal of LSG Architecture, talks to residents on Oct. 24 about his company’s design plans for the park. 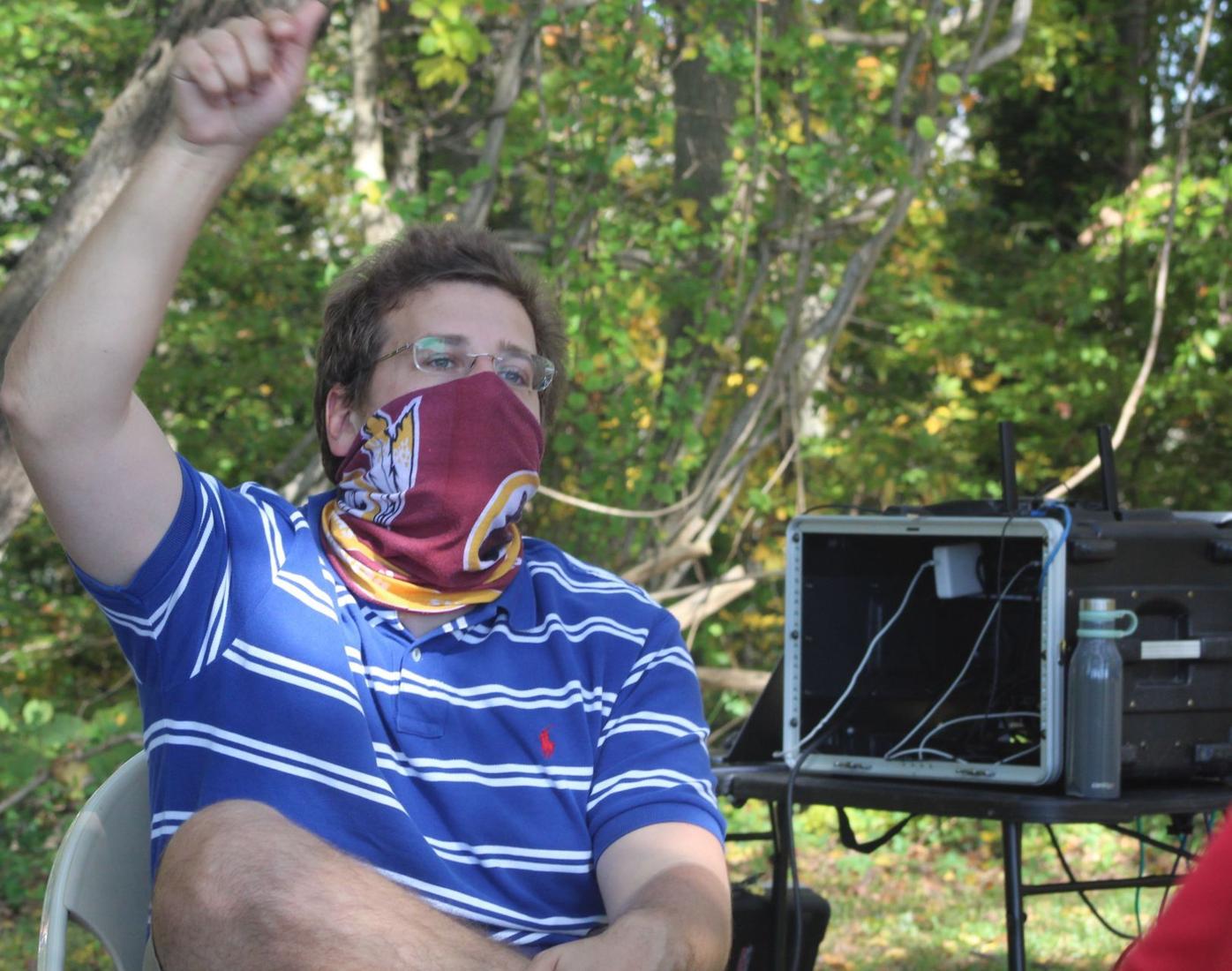 John Muller, a local historian, says there should be a direct connection between Frederick Douglass’ home in Cedar Hill to the park. 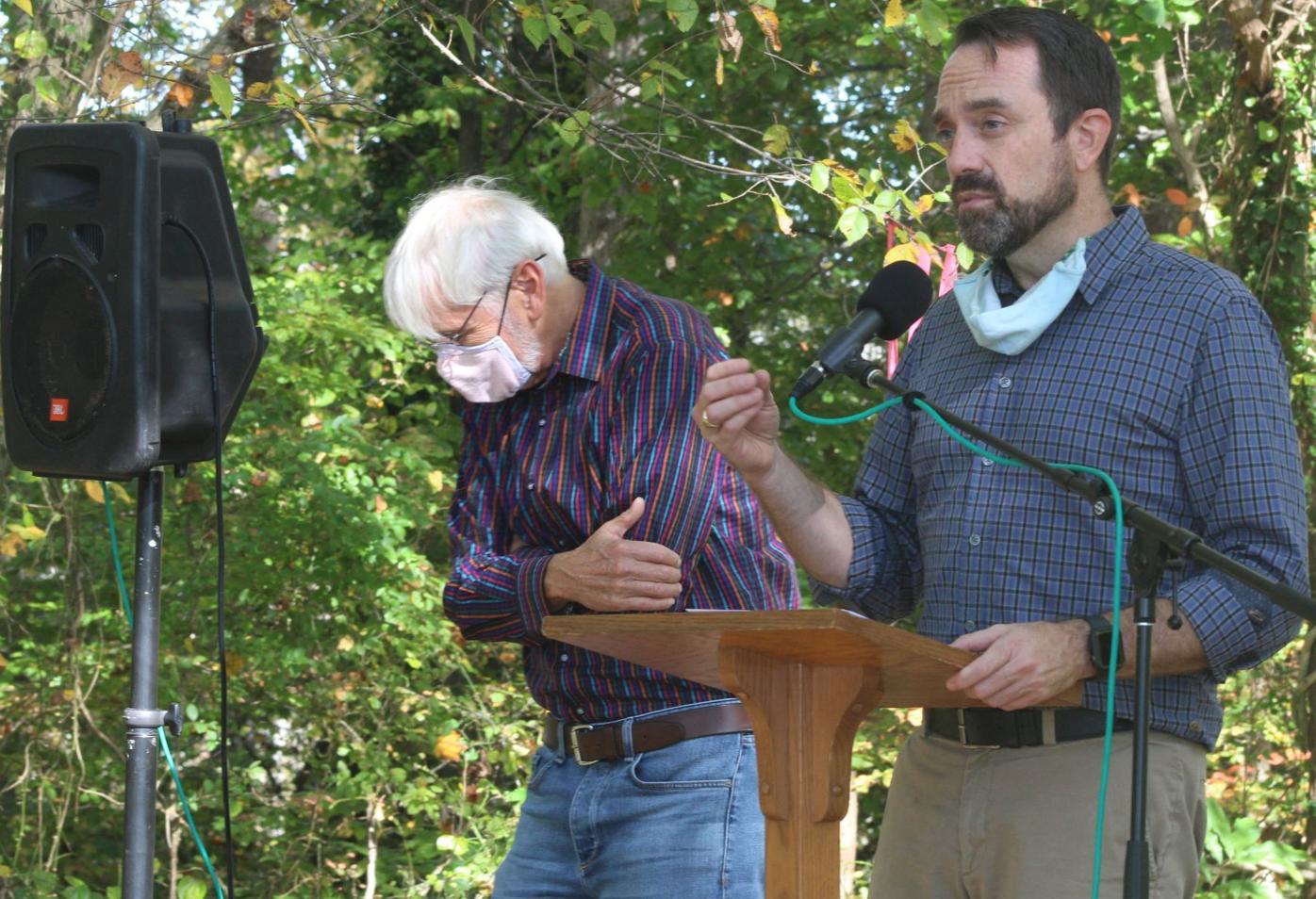 Michael Lesperance, the principal of Design Minds, says the displays they will place in the park will not be “static.” 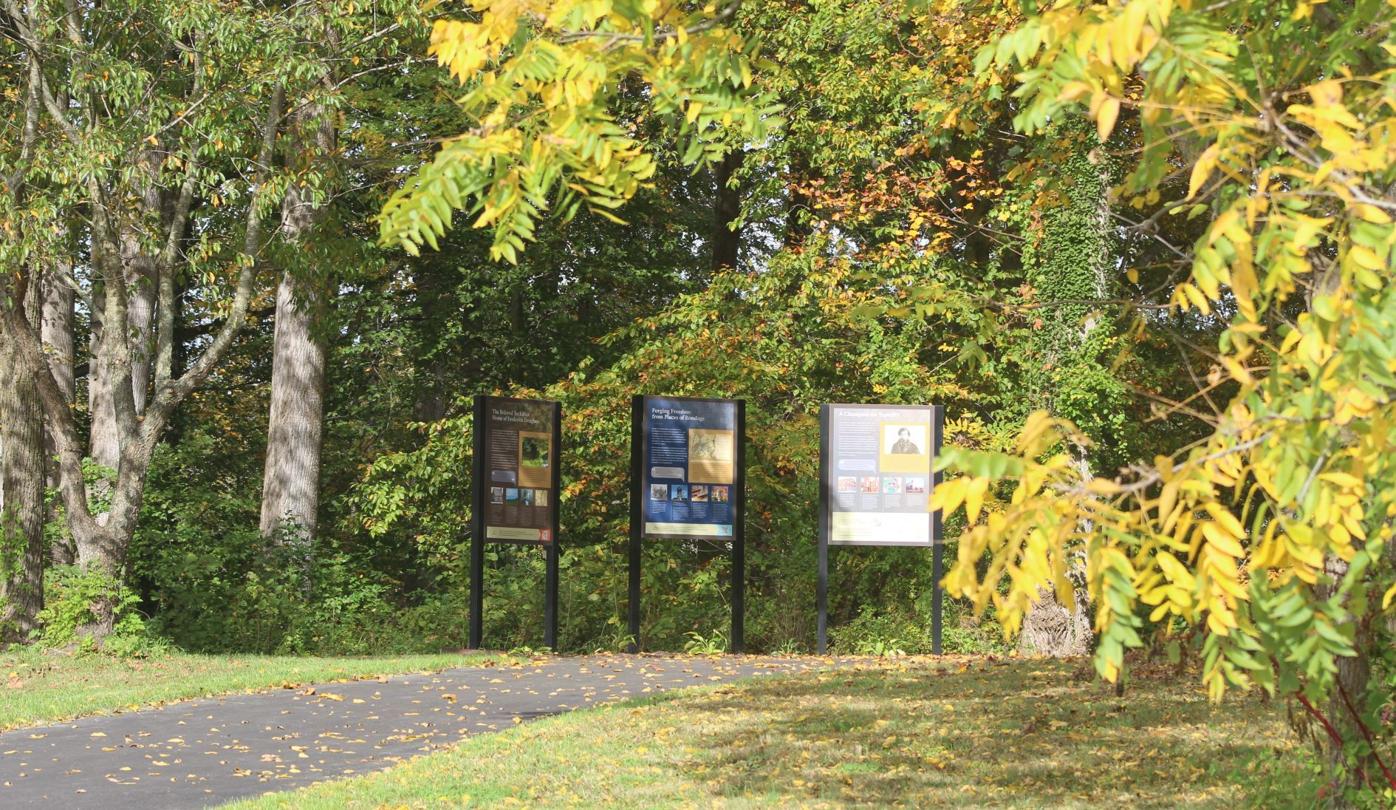 Three informational panels were put up last month as a placeholder in the park.

Frederick Douglass Park on the Tuckahoe could see a garden, a picnic area or educational centers about Douglass’ life.

Terrence Bailey Sr. is a descendant of Frederick Douglass’ brother.

The community breaks into groups to discuss ideas for the park.

Mark Gionet, the principal of LSG Architecture, talks to residents on Oct. 24 about his company’s design plans for the park.

John Muller, a local historian, says there should be a direct connection between Frederick Douglass’ home in Cedar Hill to the park.

Michael Lesperance, the principal of Design Minds, says the displays they will place in the park will not be “static.”

Three informational panels were put up last month as a placeholder in the park.

QUEEN ANNE — Residents gathered Oct. 24 at Frederick Douglass Park on the Tuckahoe to discuss a long-term developmental vision for the new park. Supporters debated what the open land — which could attract visitors from across the country once fully developed — should offer the public, while also honoring the legacy of one of the most prominent Black Americans in history.

Many floated the idea of walking trails, while others wanted more ambitious projects, such as a replica village to visually display how Douglass grew up.

The meeting was the last public hearing before the master plan for the park will be presented to the Talbot County Council in February. The Design Minds, one of a group of designers for the park, spearheaded the meeting.

“Our goal is not to create static exhibits or a static experience, but one that continues to grow and allows people to contribute stories,” said Michael Lesperance, the principal of Design Minds. “Whether that’s somebody recollecting an ancestor talking about what life was like here then or about boats coming up the river — we can capture those stories and integrate them into the displays.”

Lesperance suggested incorporating Douglass’ influence on the local area, because the historical figure inspired free black communities such as Unionville. He also said information about Anna Murray-Douglass, Douglass’ wife, will be displayed. She grew up on the other side of the Tuckahoe River.

Residents came up with a list of ideas as well.

After discussing ideas in groups, community members presented them to each other. Some asked for a picnic area, an auditorium, an educational center that showcases videos about Douglass’ life, even informational panels and lunch areas for children to gather at on school trips.

Others vouched for trail accessibility to the Tuckahoe River and panels along the way, explaining what water sources were like back then.

Local history researcher Priscilla Bond Morris said there should be a balance between the personal stories and the land, and there could be a garden or a symposium added to the park.

“The natural landscape and the verbal stories — they go hand in hand,” she said. “There’s a balance to be met. There’s an international scope. You can come here if you’re a local for an event, but if you’re a Douglass scholar you can experience his formative years.”

Though proposals from residents were numerous and ambitious, Cassandra Vanhooser, the director of economic development and tourism for Talbot County, said they will be collected and analyzed before drafting the master plan. She added that “all ideas are welcome” at this stage, and that more ambitious projects could be phased in over time.

Vanhooser, who sits on the Park Advisory Committee with eight others, said the first step is the interpretive plan, which “tells the stories” in the park, and then the master plan, which will go into detail about locations and pathways for each amenity. After the master plan is approved next year, the committee will begin to examine funding and grants.

The park means a lot to Terrence Bailey Sr., a descendant of Frederick Douglass’ brother. He said there should be “marble steps and pillars” and interactive, state-of-the-art amenities.

“You put this up, you can guarantee people will come from far and wide,” he said. “If it’s not up to the standards of a man who was the face of abolition — “ he paused — “you know, if there was no Frederick Douglass, where would we be at now? There are no limits to what you can do with this land.”

Frederick Douglass Park on the Tuckahoe was officially established in 2018, on the 200th birthday of the influential black leader and abolitionist. Most of the 107-acre land on the Tuckahoe Creek, located just south of the town of Queen Anne, was acquired by Talbot County in 2006 with the help of a $1.8 million grant from the state.

Douglass, a leader of the abolitionist movement and a prominent author and activist, was born near Tuckahoe in 1818, and the park serves to commemorate his legacy.

Vanhooser was the brainchild behind using the acquired land to honor Douglass near his birth home.

“When I first came here, I was like, ‘Isn’t this where Frederick Douglass was born?’ I could see possibilities,” she said. “There’s a wonderful opportunity here. It’s a beautiful, beautiful space. This is a celebration of how far we have come, and the world is our oyster.”

Since it was announced in 2018, the park has had little development. The COVID-19 pandemic halted the master and interpretive plan process in the spring, which just resumed with the Oct. 24 meeting.

Preston Peper, parks and recreation director for Talbot County, pointed to three panels along an asphalt road, overlooking the Tuckahoe Creek. He said the panels are the first additions to the park, but they will serve as a gateway to the master plan.

“These went up about a month and a half ago,” he said of the panels, which explain in detail Douglass’ life. “For a long time people would show up and there was nothing here. So the first step is the placeholder for these panels. Now we can get people thinking about these in proximity to” their ideas.

One resident protested the direction the committee was taking.

“A complete story cannot be told when the complete story is not known,” he said. “There are not efforts to reach out to subject matter experts who have the expertise and knowledge of Douglass here on the Eastern Shore.”

Muller said there should be a direct connection from the park to Cedar Hill, Douglass’ estate in Anacostia in his later years. In the panels, the park notes other historical sites, including Cedar Hill, and connects them on the map.

Still, most of the residents gathered were enthusiastic for the new park. Dale Green, a descendant of Bishop Alexander William, who was a relative of Douglass, noted the comments Saturday were “impactful.”

Green, who sits on the advisory committee, said the final plan will incorporate big ideas.

“We learned that there are those who want to see a building, and those that want to see the water,” he said. “It’s important to understand all the different dynamics we heard from people today.”