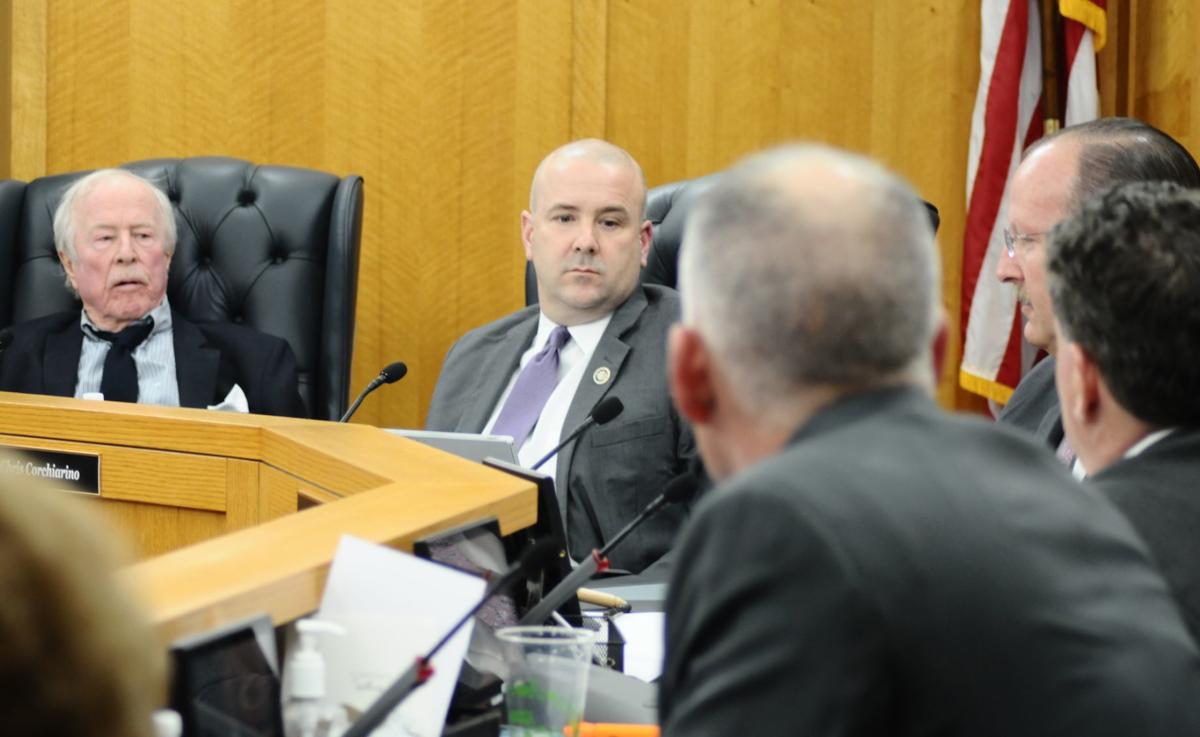 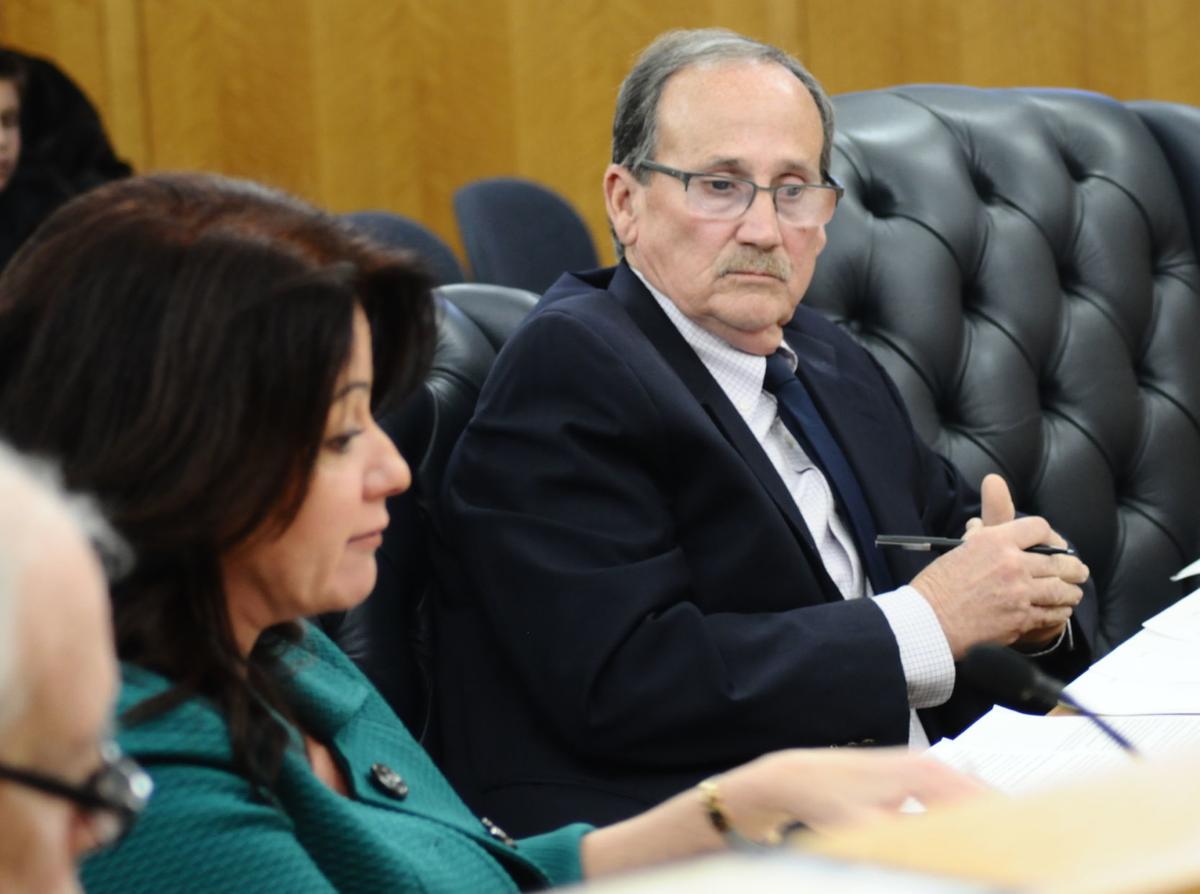 Attorney Joyce Jones, Liquor Board chair, left, and Jeff Thompson, Liquor Board attorney, explain the list of revisions they hoped to recommend to state legislators ahead of the new session of the General Assembly.

Attorney Joyce Jones, Liquor Board chair, left, and Jeff Thompson, Liquor Board attorney, explain the list of revisions they hoped to recommend to state legislators ahead of the new session of the General Assembly.

CENTREVILLE — Queen Anne’s County Commissioners at their Thursday, Jan. 2, meeting grappled with the Liquor Board ordinance, for State House review, concerning the 15 percent common stock ownership provision for licenses in the county.

County Commissioner Jim Moran noted the discussion on the provision would continue at their regular session on Tuesday, Jan. 14, due to the measure potentially hampering chain restaurants to get licenses.

“The bottom line is that other counties are flourishing with their restaurant parks and big box stores,” said Moran. “Queen Anne’s County is twice the size of places like Talbot County, but our residents have to leave it to get these goods and services. These chain restaurants can bring in anywhere from $2 million and employ 30 to 50 people and that can’t be a bad thing for this county.”

Moran dispelled concerns that such businesses would undercut existing eateries and locally owned stores causing some local establishments to close. He cited Easton as an example of these two types of businesses successfully coexisting.

“Economic development efforts need to lure in businesses for a commercial tax base instead of putting all the burden on homeowners. Maybe this 15 percent provision was something that was needed 20 or 30 years ago, but it’s not needed now and I don’t see it anywhere else around us,” said Moran.

“The current 15 percent ownership requirement deters national chain restaurants such as Outback Steakhouse, Red Lobster or Olive Garden from locations in the county,” said Tinelli. “These are company-owned stores meaning the applicant locally would not be a 15 percent shareholder. The key to successful redevelopment for other retailers would be anchor restaurants.”

Barry Waterman of Centreville said county commissioners should not back the 15 percent requirement on the grounds “these laws prevent competition in any industry.”

The Queen Anne’s County state delegation has requested that changes to the county’s liquor laws require a public hearing to ensure the mutual support by the Liquor Board and county commissioners.

Commissioners also unanimously voted to back language eliminating that liquor licenses could not be issued to businesses within 500 feet of places of worship. Commissioners approved a measure giving them the authority to appoint a liquor inspector with the assistance of the Liquor Board.

Both suggested pieces of legislation, along with other Liquor Board revisions, will be sent to the Maryland General Assembly for consideration.

County commissioners did not approve language giving the Liquor Board authority over their appointed attorney. That power rests solely with commissioners who can appoint staff including the board’s attorney.

Legislation supported by the county also includes changes to the 75 percent ownership and residency provision for partnerships for package stores, and adds the requirement that the partnership designate a resident agent.

Two contentious proposals by the Liquor Board passed with a split vote as County Commissioners Jim Moran and Steve Wilson dissented in opposing measures that would add a definition of “Controlling Interest.”

Such a designation is vital to establishing the appropriate party for a liquor license in the county.

The pair also voted against supporting a provision allowing a licensee to hold more than one license as established by the new definition of “Controlling Interest.”

According to the proposed legislation, “Controlling Interest” means the ownership or control of sufficient shares or interest in a company to allow for control over that company.

The measure, to be reviewed by the state’s General Assembly, would grant the county authority to restrict and regulate access off of Route 50 and 301. This would only occur in cases of emergencies and times of anticipated severe traffic congestion approaching the Bay Bridge on Kent Island.

Also in a unanimous vote was support for Special Taxing Districts for Tax Increment Financing Bonds.

According to the proposed bill, it authorizes “the Eastern Shore Code Home Rule Counties, including Queen Anne’s County, to exercise certain powers concerning the creation of special taxing districts, and the issuing of bonds for financing certain infrastructure improvements.”