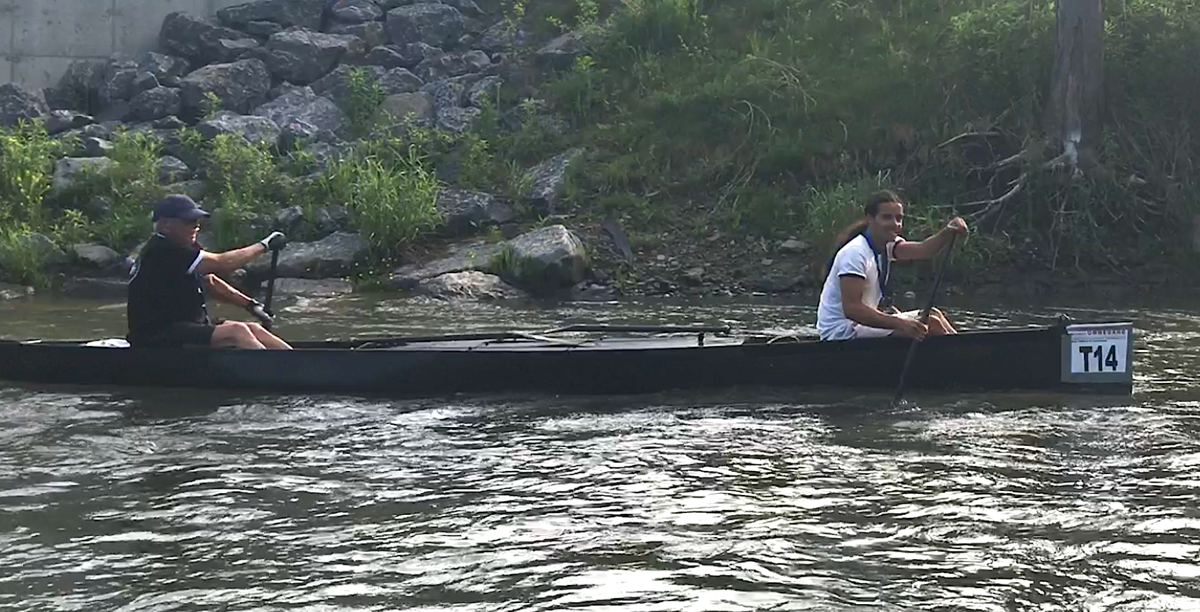 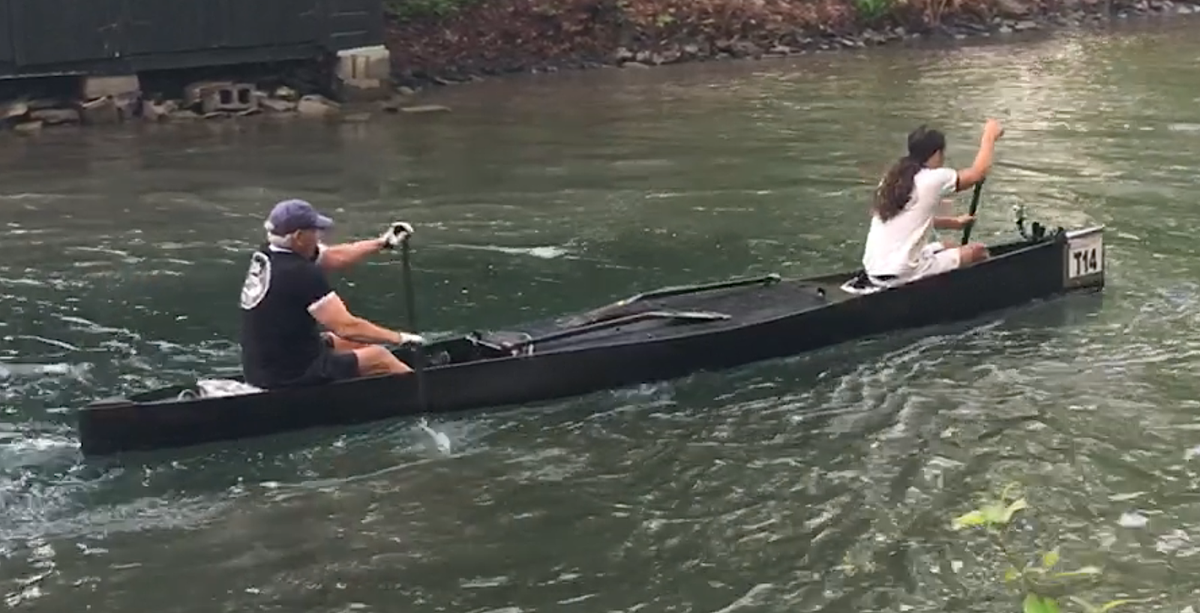 It’s a 70-mile canoe race that takes place each Memorial Day and often attracts as many as 3,000 paddlers from all over. It’s believed to be the longest single-day flat water race in the world, Wilson said. They were the only participants from Kent Island. A preview of their participation in this year’s event was featured in the Bay Times of May 25.

So, how did they do?

“Alex and I finished the race in 11 hours, 30 minutes...missed our goal of 10 hours, but then our basic goal was to finish,” Wilson said. The winning professional paddlers, he said, finished in seven hours and 40 minutes.

This is the second time Wilson and Bechtold teamed up for the race, but both of them had earlier done it with other partners. Wilson is 79 and Bechtold is 24.

“I have to confess this race is getting hard on these ol’ bones,” Wilson said. “Alex, however, was wonderful. He kept us going and is really a class paddler. He got us to the finish line and certainly deserves a better partner.”

He gave credit to Alex’s girlfriend Candace Boettcher and his father Bill Bechtold for their support in meeting them with food and water at strategic times.

Wilson described the river as beautiful even though the water was a little low in places, making the race more difficult. “It was fantastic day,” he said.

This was the 54th Memorial Day weekend that the race has been held. It is named for Gen. James Clinton of Revolutionary War fame in New York.