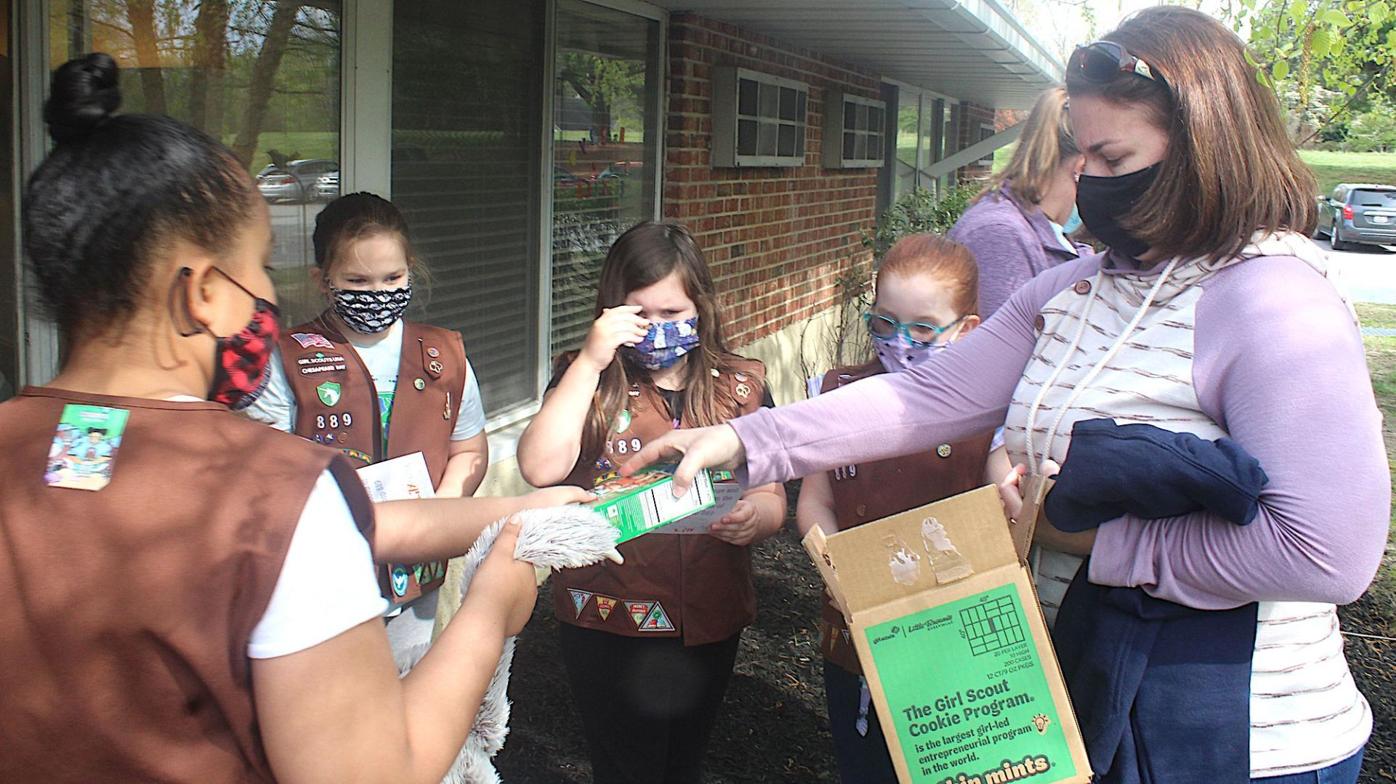 Lisa Durham hands out cookies to her Brownie Girl Scouts. The troop donated 100 boxes of cookies to residents at Corisca Hills Center. 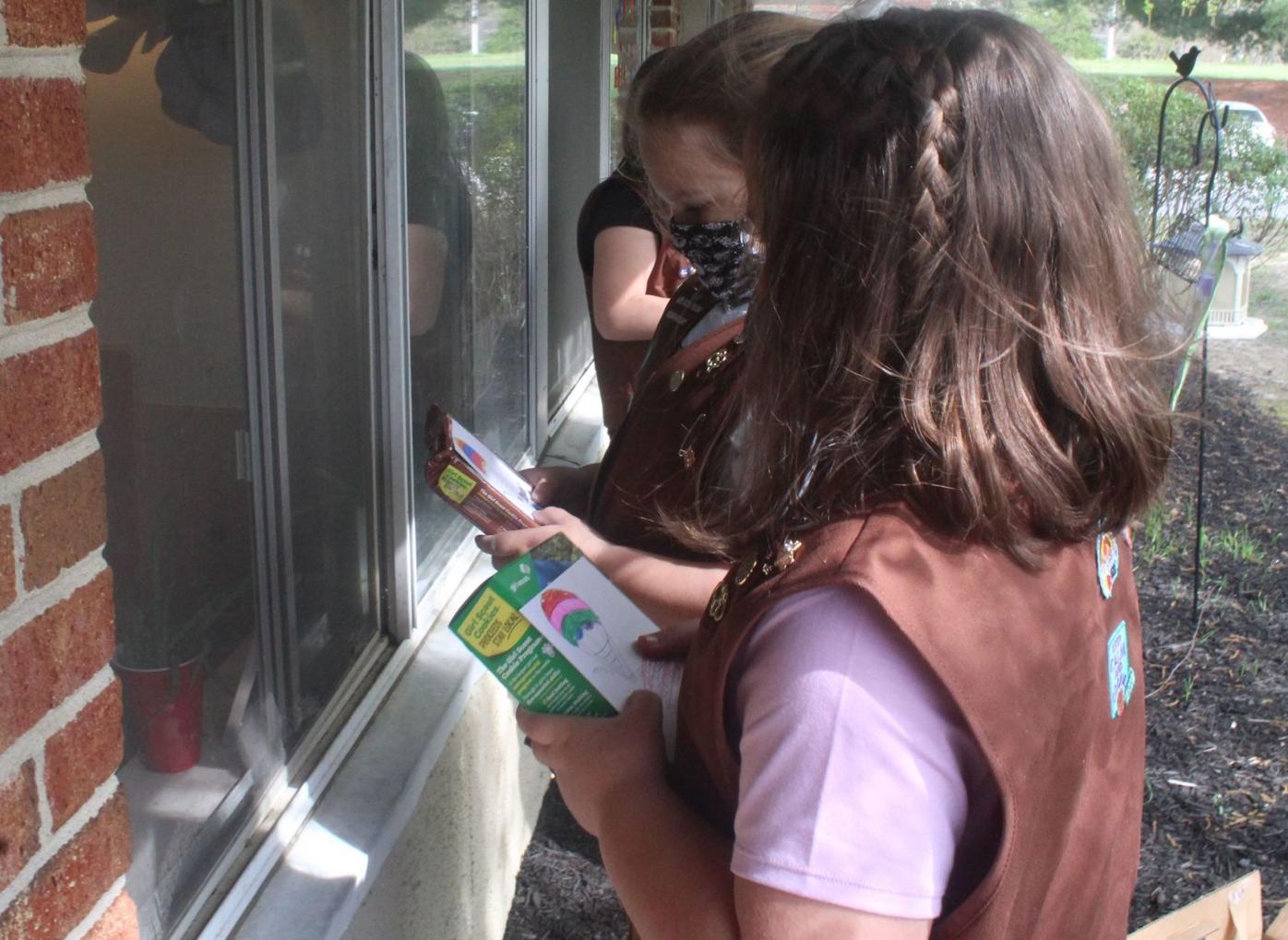 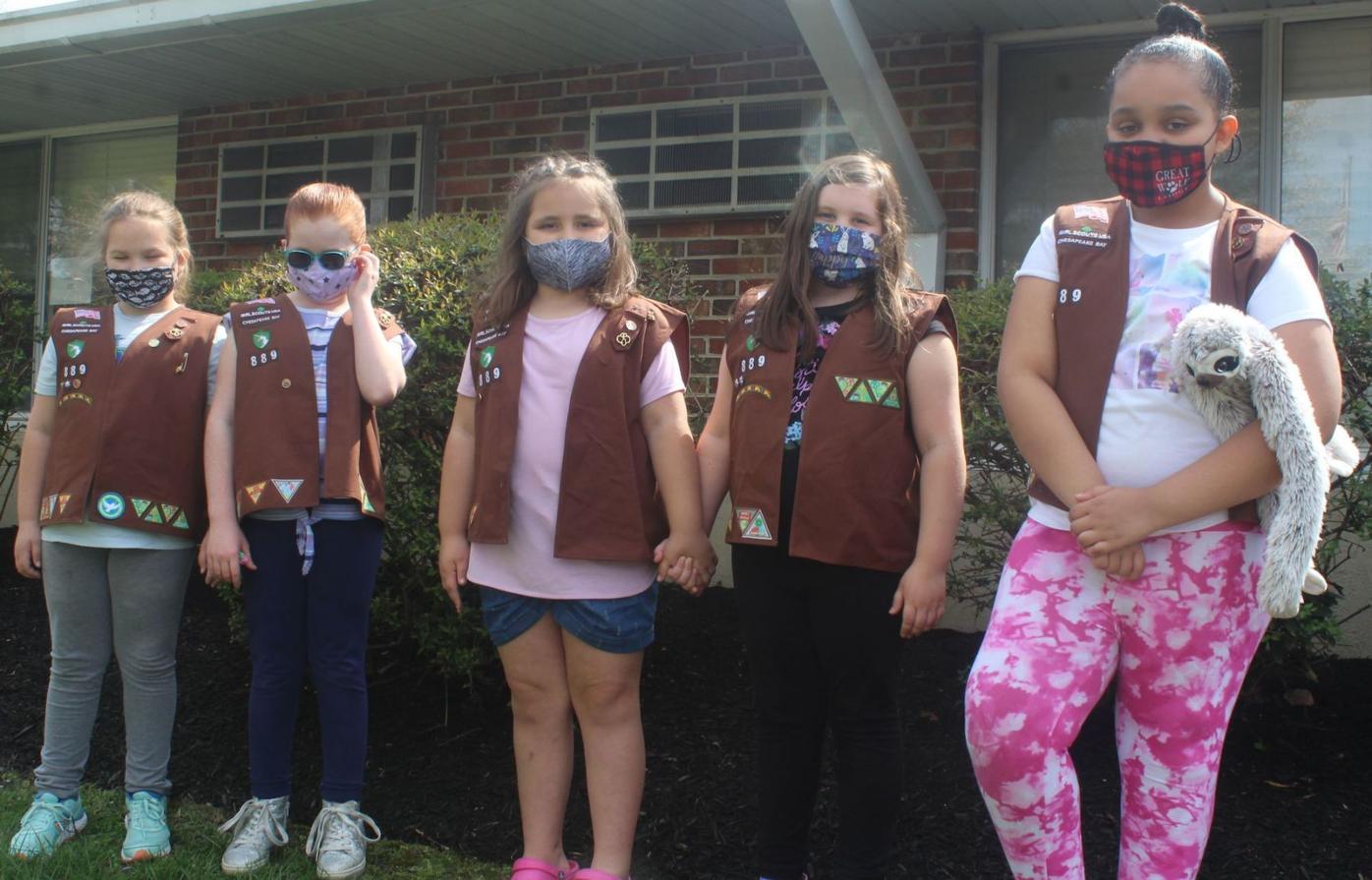 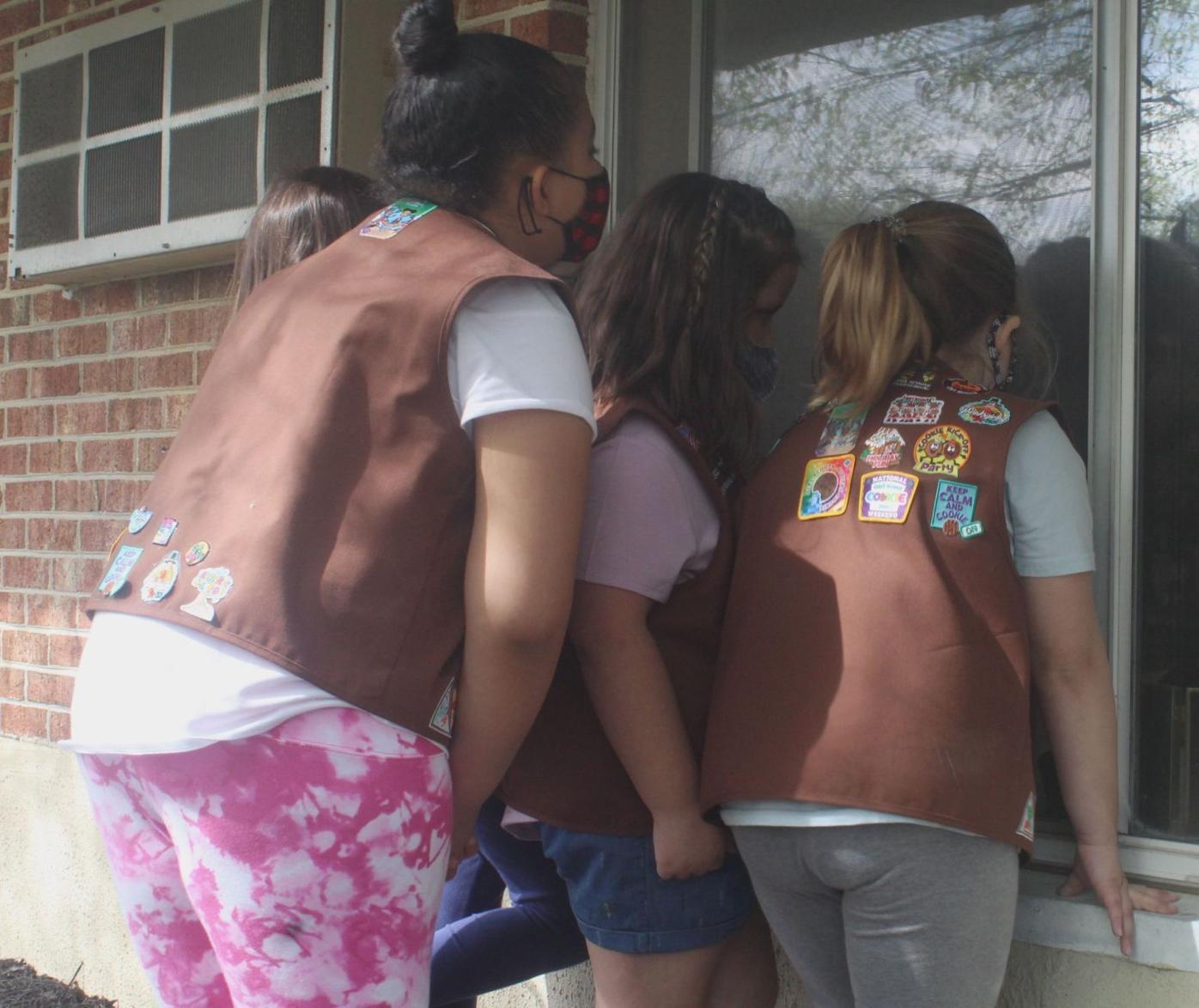 Members of Troop 889 peer together into a window of a resident at Corisca Hills Center in Centreville.

Lisa Durham hands out cookies to her Brownie Girl Scouts. The troop donated 100 boxes of cookies to residents at Corisca Hills Center.

Members of Troop 889 peer together into a window of a resident at Corisca Hills Center in Centreville.

CENTREVILLE — Members of Brownie Girl Scouts Troop 889 bounced from window to window outside the Corsica Hills Center nursing home the afternoon of April 17, waving and sometimes singing for the nursing home residents inside. The five elementary-age girls were there to give out good cheer — and free cookies.

By the end of the visit, the Girl Scouts dished out 100 boxes of cookies —Thin Mints, Tagalongs, Samoas and Trefoils — and put smiles on many faces.

“I’m so thankful,” said Linda Marriner, who was tucked into her bed inside the nursing home when the girls surprised her with a visit.

The cookie donation is part of an annual “give back to the community” program for the Ridgely-based troop. But the charity effort was especially important this year because of the pandemic, which has led to record deaths inside nursing homes. Many of the centers have also been closed to visitors.

“When we asked the (girls) what they wanted to do, they knew the residents couldn’t have any visitors,” said Lisa Durham, troop co-leader. “It was nice to be able to bring them cookies and be able to talk to them through the windows.”

Gracie chatted with the residents inside and asked them questions about their life.

“I wanted to make them happy,” the Girl Scout said.

For Emerson, it was all about giving the elderly residents some much-needed comfort food.

“They don’t have any cookies in the nursing home,” the Girl Scout added. At least not the popular Girl Scout cookies.

This year, Troop 889 sold over 1,600 boxes of cookies. They ranked among the top troops in the area.

But the troop also gets direct donations. For every $4 or $5 donation this year, the Girl Scouts set aside a box of cookies, culminating in the 100 boxes for the nursing home.

This tradition of donating cookies to a nursing home actually has roots in the kindness of a stranger. Two years ago, Troop 889 was selling cookies outside of a Royal Farms when a man handed the girls a $100 bill. Instead of taking his share of cookies, he instructed the Girl Scouts to deliver the boxes to a nursing home.

“He wanted it to go to an old folks home, as he called it,” said Valerie Edwards, troop co-leader.

Residents at Corsica Hills were grateful this year for both the cookies and visitation from the children.

Marriner got a box of Trefoils. She talked for at least 20 minutes about her life and her own experience as a Girl Scout to the children. The resident has yet to see her newborn grandchild because of the pandemic, so she was delighted with the surprise visit.

“I’m just so thankful that we have a group of young ladies like this,” she said. “The girls took so much of their time when they have so much to do.”