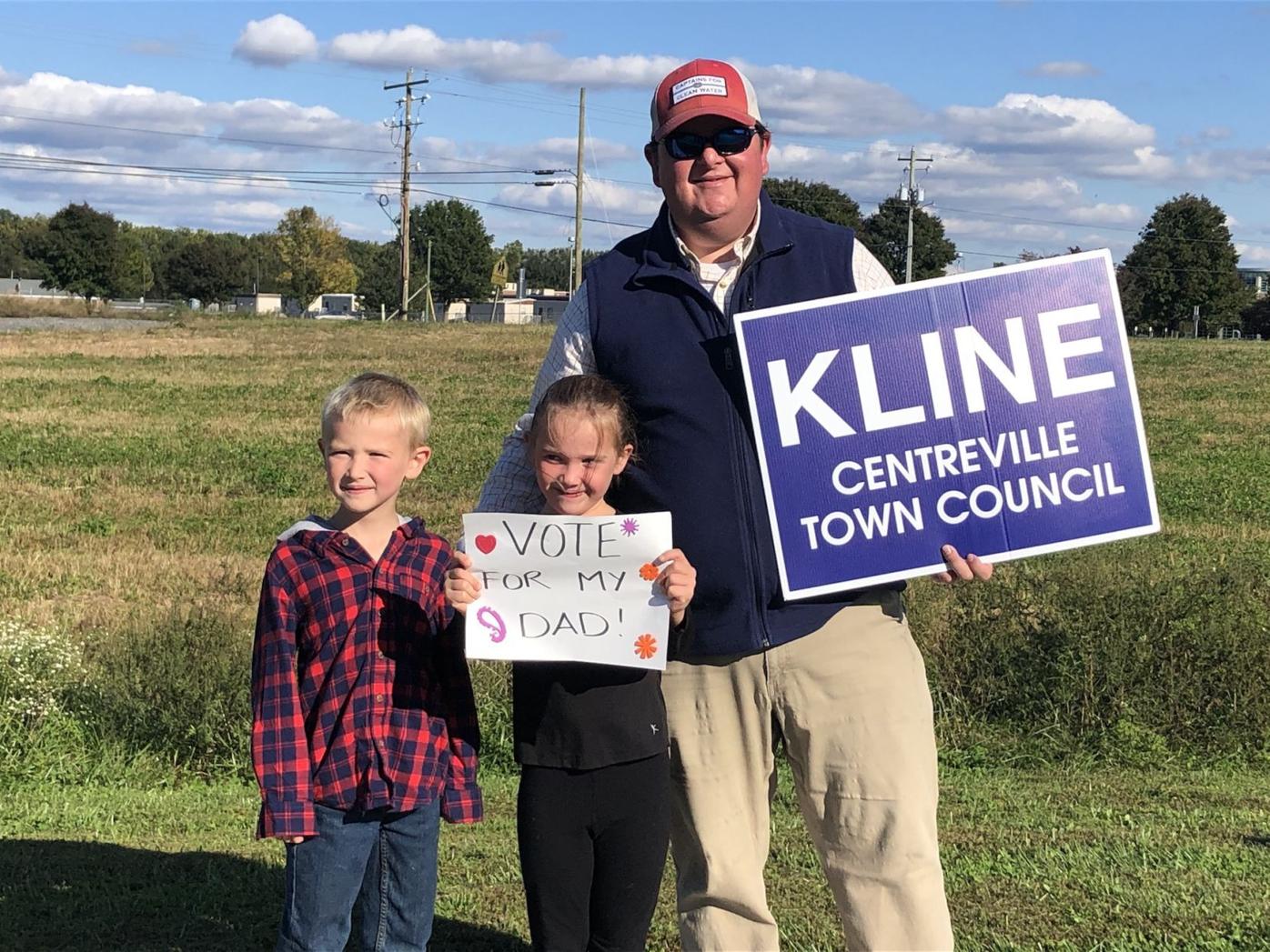 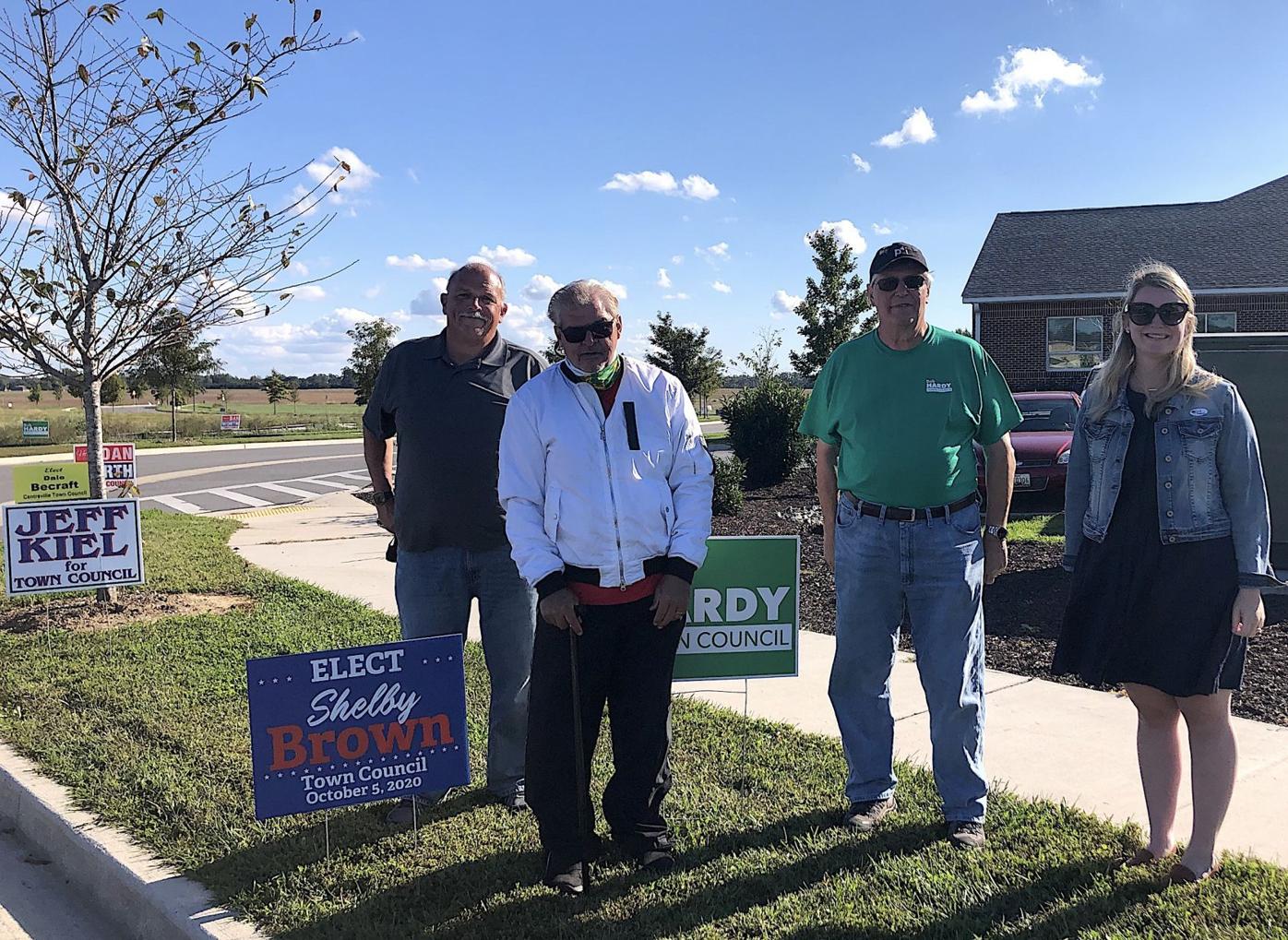 From left Jeff Kiel, Dale Becraft, Robert Hardy, and Shelby Brown greet voters as they headed towards the polls. 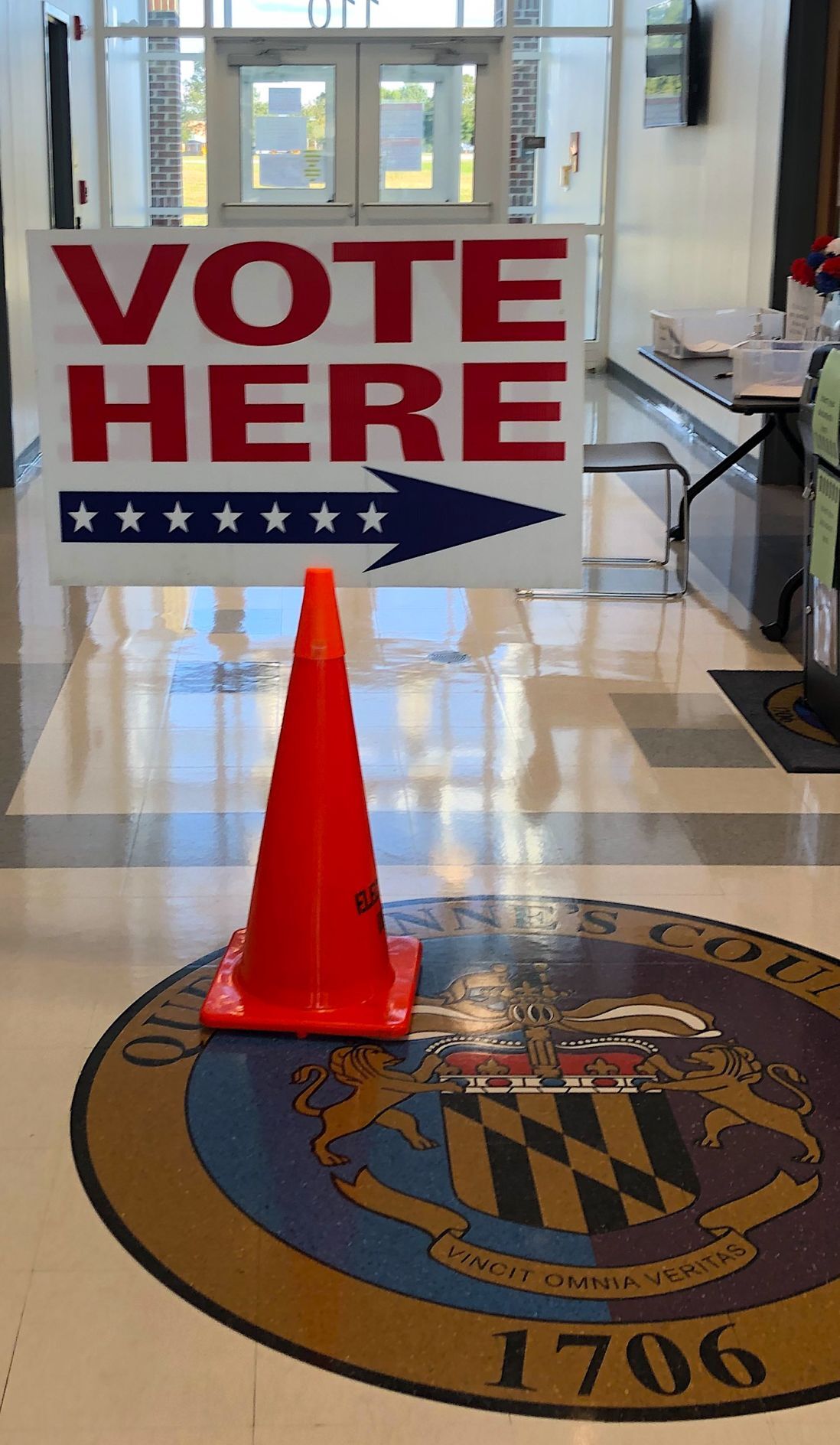 Centreville residents vote in the town election on Oct. 5, 2020. 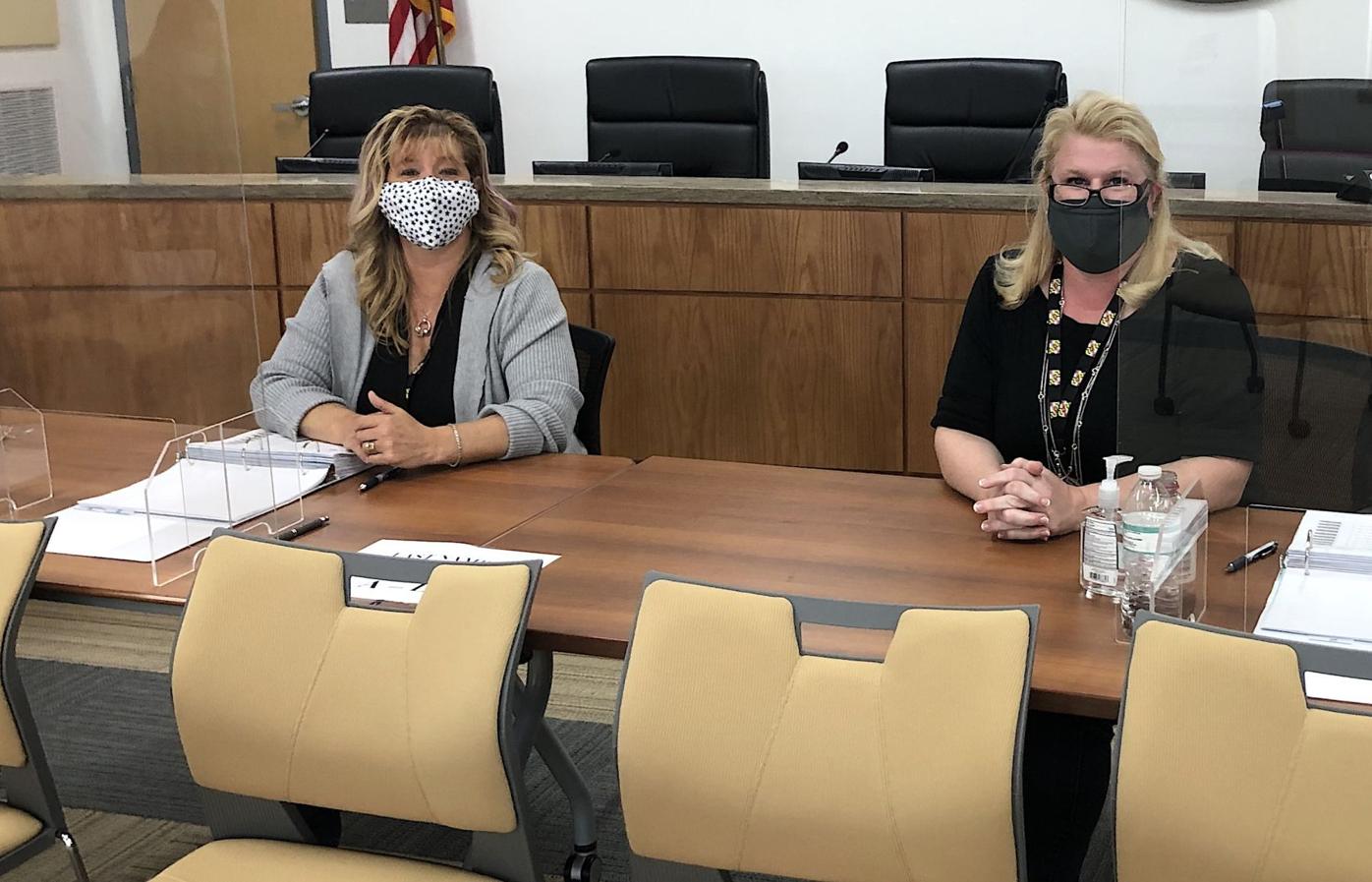 Election officials Elizabeth Pearo and Jennifer Wilson check voter registration lists while maintaining social distance inside the voting location at the county’s Vincit Street building. A limited number of voters were allowed to enter the room at one time and officials sat behind a plastic barrier.

From left Jeff Kiel, Dale Becraft, Robert Hardy, and Shelby Brown greet voters as they headed towards the polls.

Centreville residents vote in the town election on Oct. 5, 2020.

Election officials Elizabeth Pearo and Jennifer Wilson check voter registration lists while maintaining social distance inside the voting location at the county’s Vincit Street building. A limited number of voters were allowed to enter the room at one time and officials sat behind a plastic barrier.

CENTREVILLE — In one of the most engaging elections in recent history, nine candidates vied for four seats on Centreville’s Town Council. Robert Hardy and Steve Kline received the most votes and will fill the two open three-year term seats. Gaining the third and fourth highest number of votes, Jeff Kiel and Shelby Brown will each serve a two-year term. The four newly elected council members will join sitting member Tim McCluskey to make the town’s new council of five.

Hardy said he was pleased with the outcome and is very thankful to the community and all those who voted in this historic election for the town of Centreville.

Having so many good candidates to choose from made it a difficult choice for the electorate, said Hardy, who added he is looking forward to working with the incoming council members and incumbent Tim McCluskey.

The 2020 election was one of most voted in elections, said Town Clerk Carolyn Brinkley. A total of 796 citizens voted with a total of 2,872 votes recorded.

Absentee ballots were issued to 198 voters this year, Brinkley said, allowing for those residents who did not want to or could not reach the physical polling location on election day, Oct. 5, to cast their ballot.

Candidates waved to those arriving at the Vincit Street polls, where a steady number of voters continued throughout the day. At 7 p.m., 12 hours after the polls had opened, 603 of Centreville’s 3,410 registered voters had been in to vote, Brinkley said, and nearly all of the absentee ballots — 193 — had been received.

Centreville resident Jane Clough said she was excited with the opportunity to hear the opinions of the nine candidates in the interviews leading up to the election and the information shared via social media. Clough said she was especially hopeful the new council would address the town’s current debt.

It was great to see so many candidates for office this year and wonderful that a couple of those were women who chose to run, said another voter.

Next to the debt, high water bills were also on the minds of voters. One woman said she hoped whoever was voted in would fix the water bill problem in Northbrook, which she said has done nothing but climb. Another voter also agreed water bills are too high in Centreville.

Six election officials tallied the ballots by hand and each stack was double checked, said Brinkley. Votes that were close were reconfirmed. The town had 48 hours to confirm the election.

The four new council members will be sworn in at 7p.m. Oct. 15 at the Queen Anne’s County Office Building, 110 Vincit Street. Based on social distancing and room capacity, seating is limited to 20 people for this event, and seats are reserved for the incoming council members. The ceremony will be televised live on QAC-TV-7 and on QAC-TV’s Facebook page.