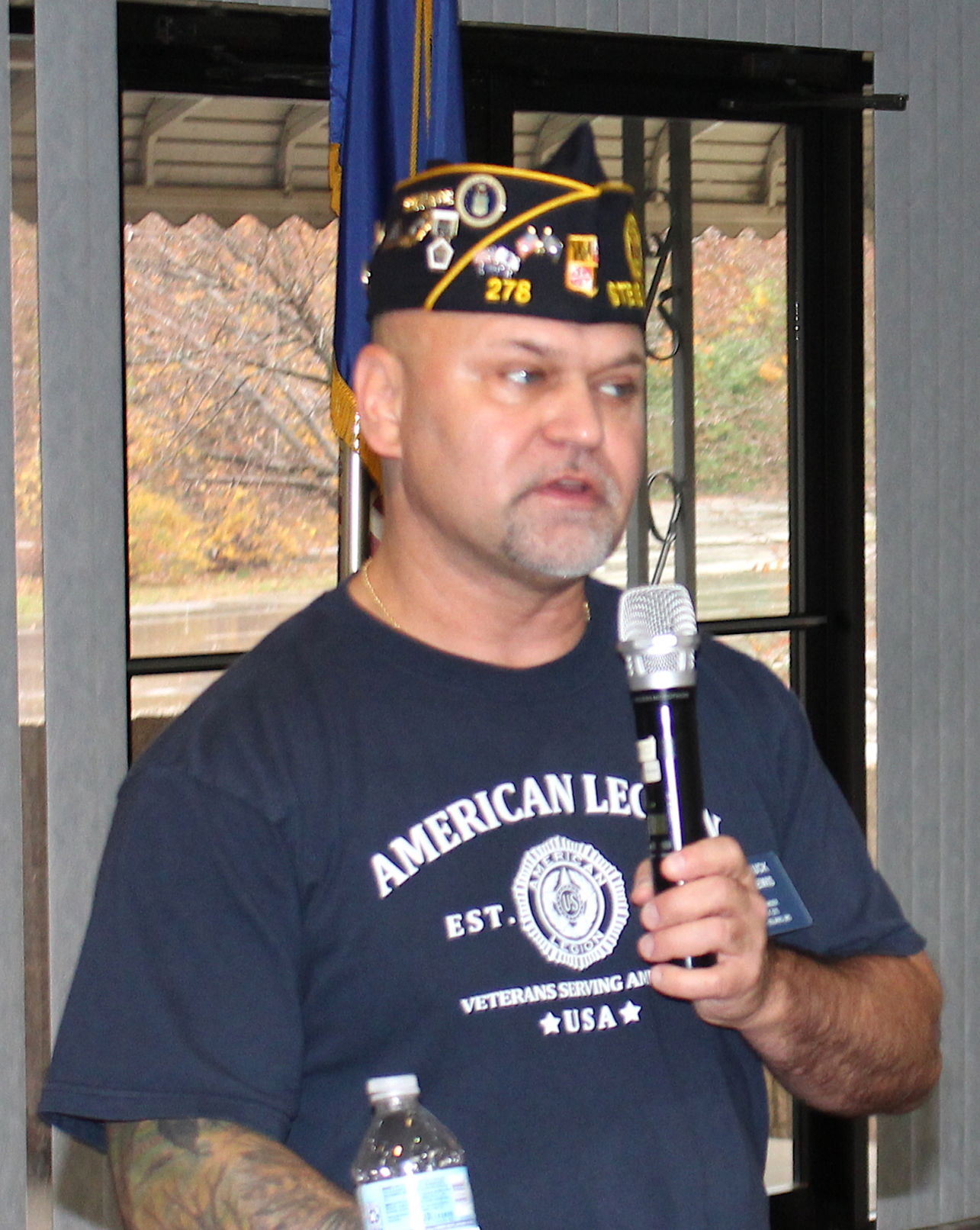 Kent Island American Legion, Post 278, Commander Chuck Lewis speaks to those attending the Veterans Day observance Wednesday morning, Nov. 11. Lewis presented a tribute to all veterans who have served in the U.S. military. 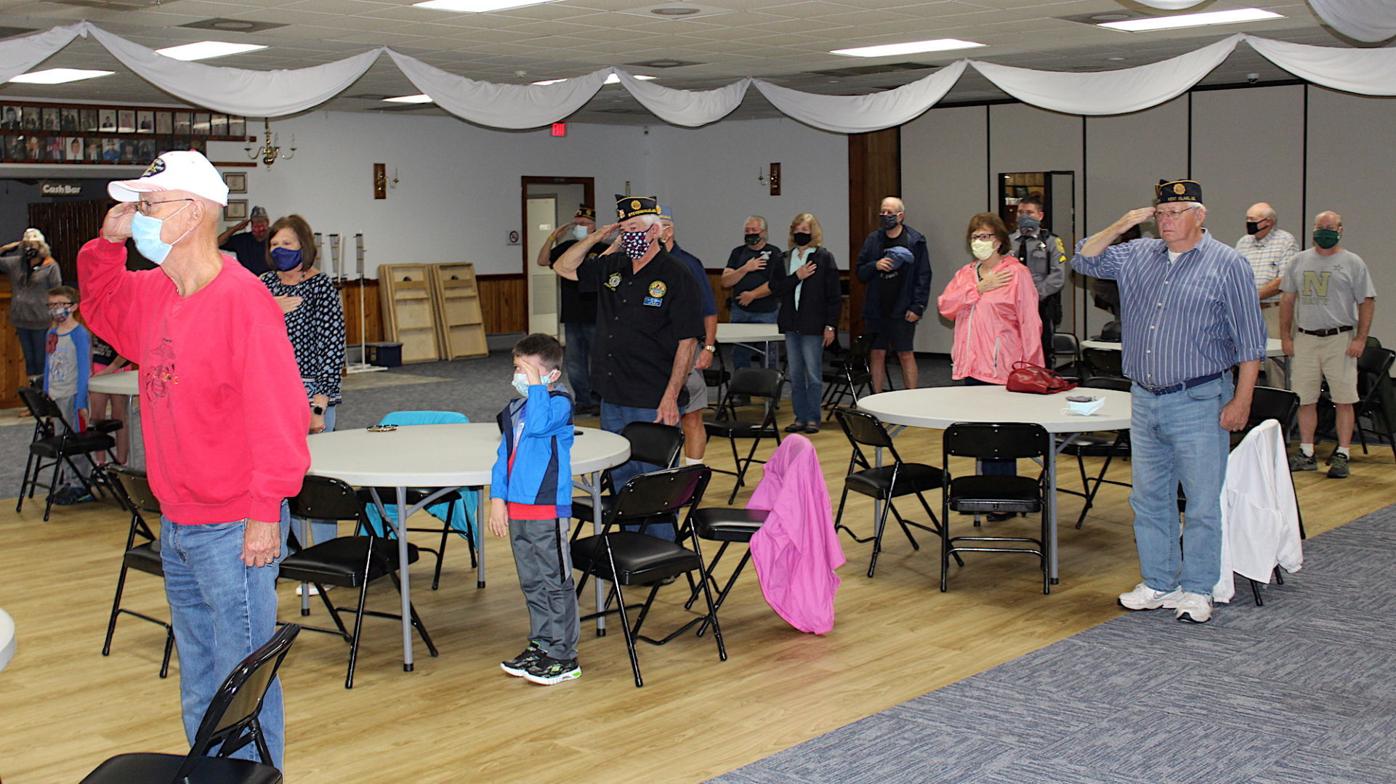 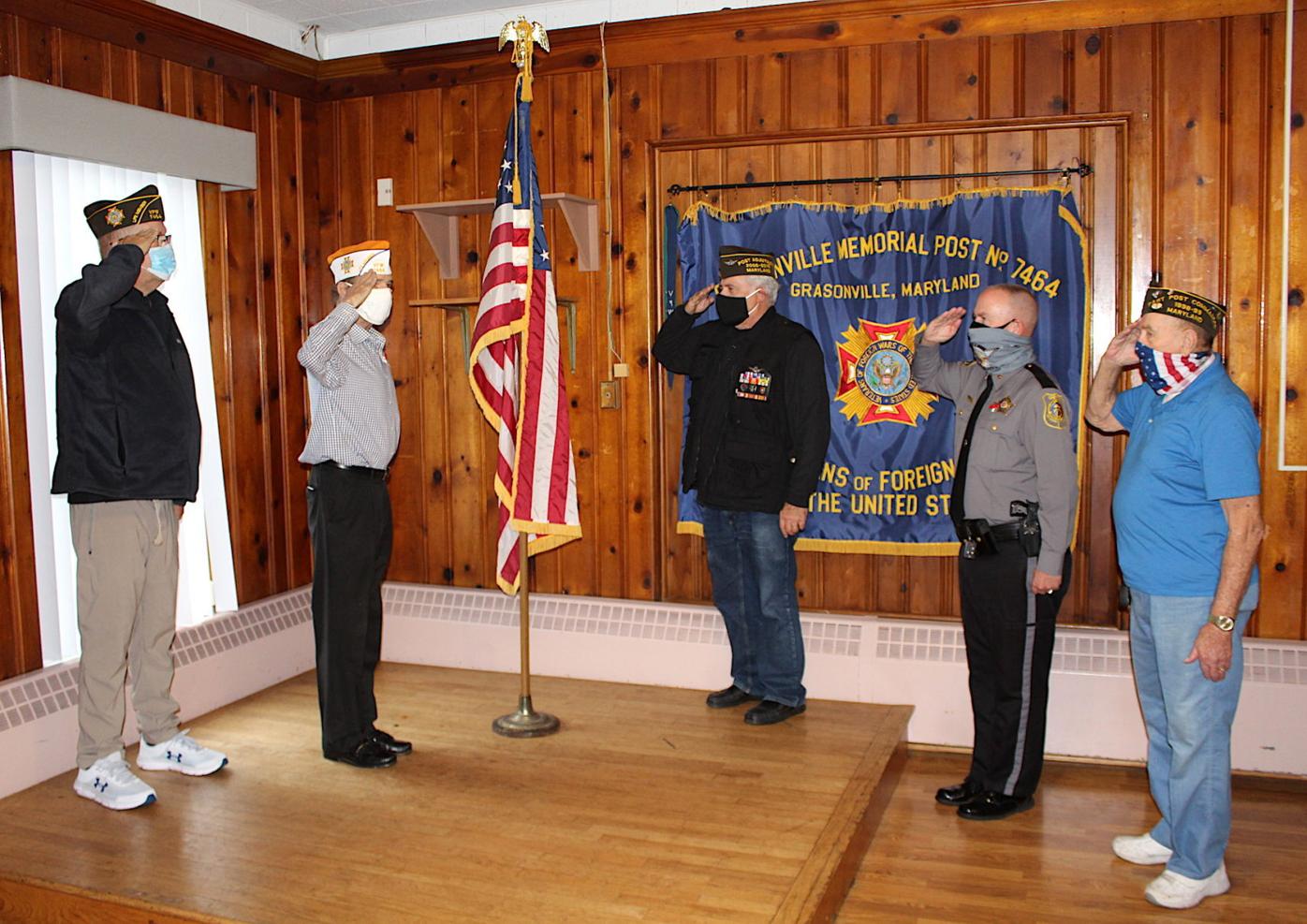 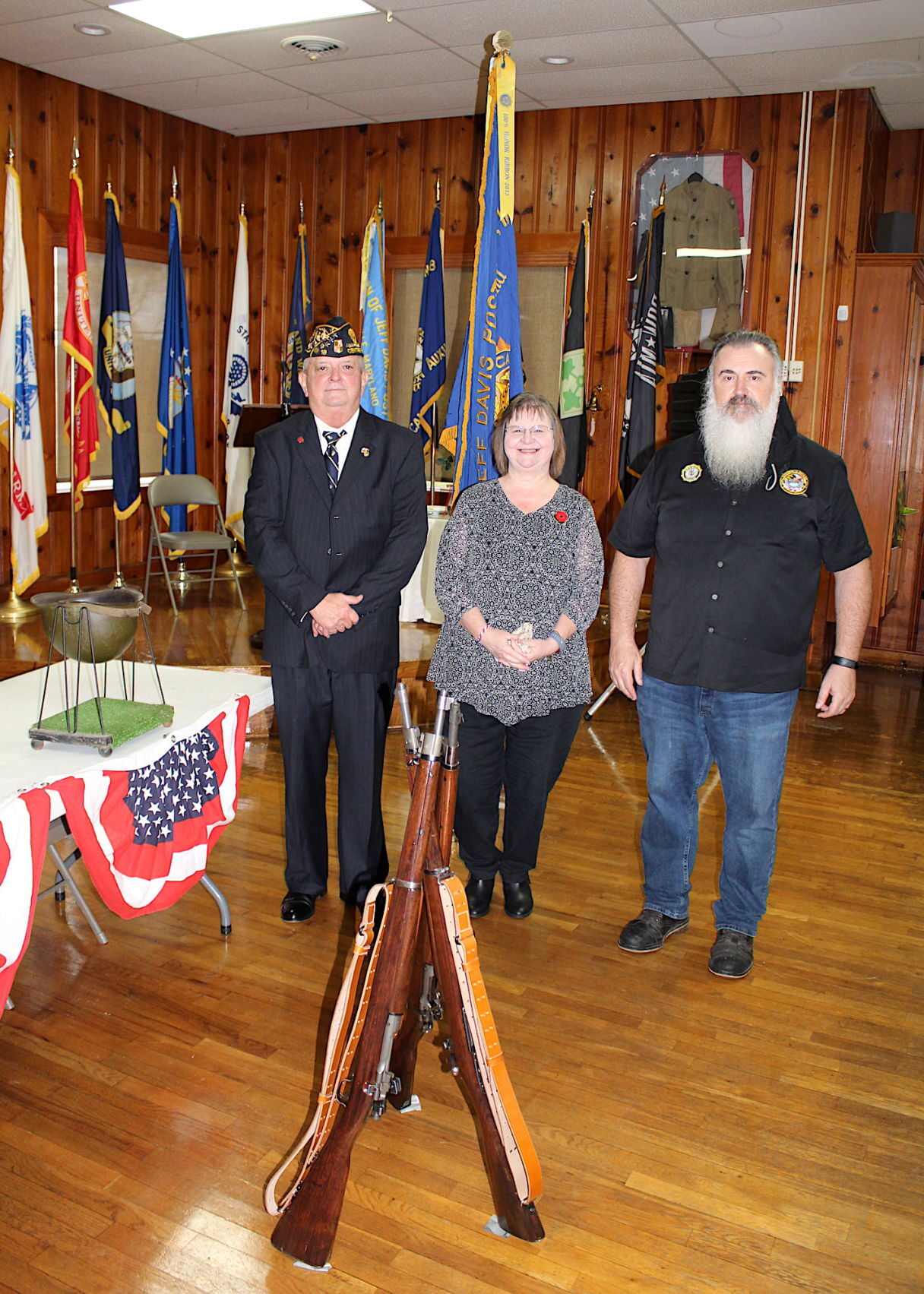 Kent Island American Legion, Post 278, Commander Chuck Lewis speaks to those attending the Veterans Day observance Wednesday morning, Nov. 11. Lewis presented a tribute to all veterans who have served in the U.S. military.

CENTREVILLE — On Wednesday, Nov. 11, most of the fraternal veterans organizations in Queen Anne’s County hosted brief, but meaningful Veterans Day observance ceremonies. Three of the four veterans organizations, the Kent Island and Centreville American Legions and the Veterans of Foreign Wars in Grasonville, held ceremonies at 11 a.m., following the tradition of Veterans Day observances being on the 11th day, in the 11th month, and at the 11th hour. The exact time when “Armistice Day” officially ended fighting during World War I.

Initially, Veterans Day was known as Armistice Day celebrating the end of WWI, until, by an act of Congress in June 1954, it was permanently changed to Veterans Day, recognizing all who have served in the U.S. military, regardless of which branch of the armed forces. It is noted that Memorial Day differs as it honors all who have died serving our nation in the military.

Kent Island Legion, Post 278, Commander Chuck Lewis read a statement from the American Legion national organization that was shared around the country at other posts for Veterans Day 2020: “Veterans Day is a time for us to pay our respects to those who have served. For one day, we stand united in respect for you, our veterans .... We are here to honor all who have served in the U.S. military since our country’s founding .... Regardless of how one feels about polices that lead to war, let there be no doubt that veterans serve with honor.

“They serve to make life better for others. They preserve our freedom. Not all veterans have seen war, but a common bond that they share is an oath in which they expressed their willingness to die defending this nation ....

“Tell veterans directly that you love them. That you appreciate them. That you are grateful for their service. We are their friends, their family, their co-workers, and their neighbors. It is up to us to ensure that every veteran feels that his or her service to this country is appreciated by their fellow Americans.”

Lewis said, “The U.S. Army recently reported a 30% increase in suicides among its active duty troops in 2020. We must do everything possible to stop these needless deaths.”

Lewis added, “If a veteran has made the supreme sacrifice, remember to offer your support to the loved ones left behind. War is never anything to celebrate, but peace is! The peace is brought to you mainly by our veterans .... We should insist that our elected officials produce meaningful laws and public policies that will enhance the quality of life for veterans and their families.”

Similar words and prayers were offered by other veterans organizations across the county. In Centreville, again following tradition at Post 18, Legion members gathered at the gravesite in Church Hill of WWI veteran Jeff Davis, for whom the post is named. A brief ceremony was held recognizing Davis as a Queen Anne’s County resident who died at age 26 on the battlefields in France during that war. Davis was the first Queen Anne’s County resident to die in WWI. Post 18 was formed immediately after WWI when the American Legion became a national organization representing veterans interests. Post 18 was first known as the American Legion of Queen Anne’s County. However, the membership voted to name to post for Jeff Davis within two years after it was founded. Thereafter, the Veterans Day ceremony was marked by placing wreaths in front of the historic courthouse in downtown Centreville.

All of the veterans fraternal organizations in the county did serve either a luncheon or a dinner, free to veterans, on Wednesday. At Post 18, the meal was served by youth members of Centreville’s American Heritage Girls Troop 0414. All of the girls were wearing face masks and complying with CDC guidelines.