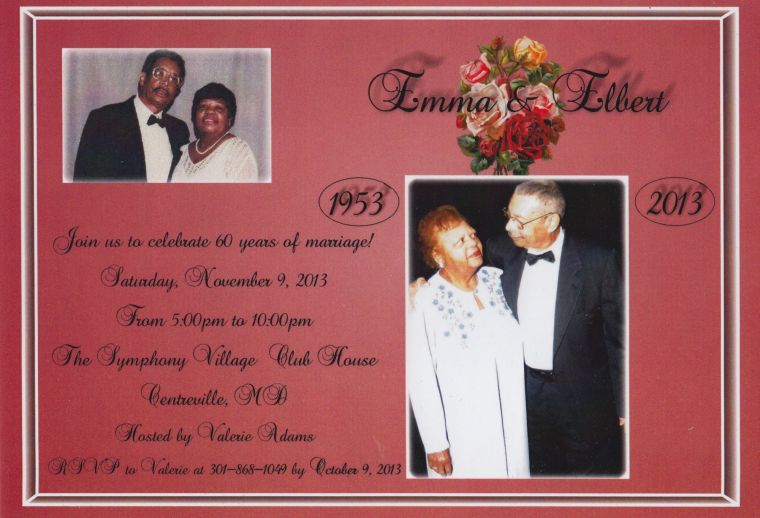 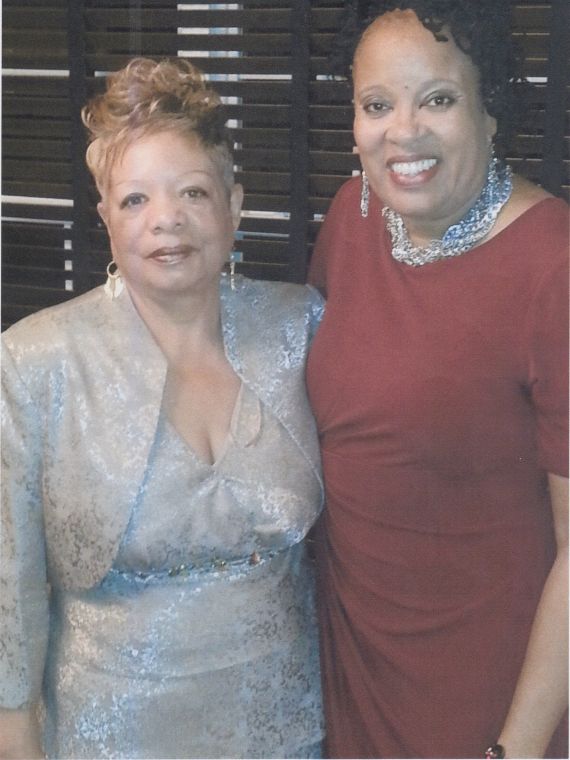 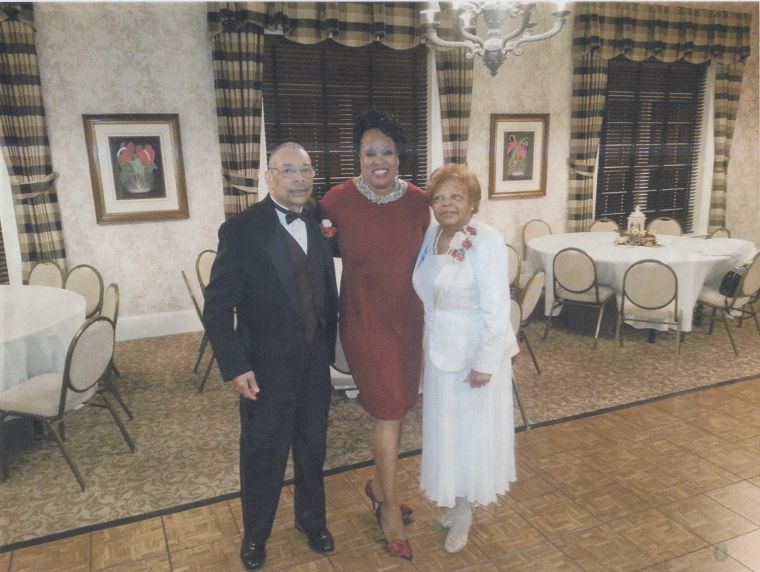 Elbert is retired from the Washington, D.C., Fire Department as an arson investigator, moving from Illinois in 1961 to accept the job. Emma is a former clerk at the National Geographic Society in Gaithersburg. The two have lived in Symphony Village for over eight years.

The pair were married on Nov. 7, 1953, and are originally from Centreville, Ill. They have a daughter, Valerie Adams, a granddaughter, Dana Hamilton, a grandson, Kevin Adams, and a great grandson, Carson Hamilton.