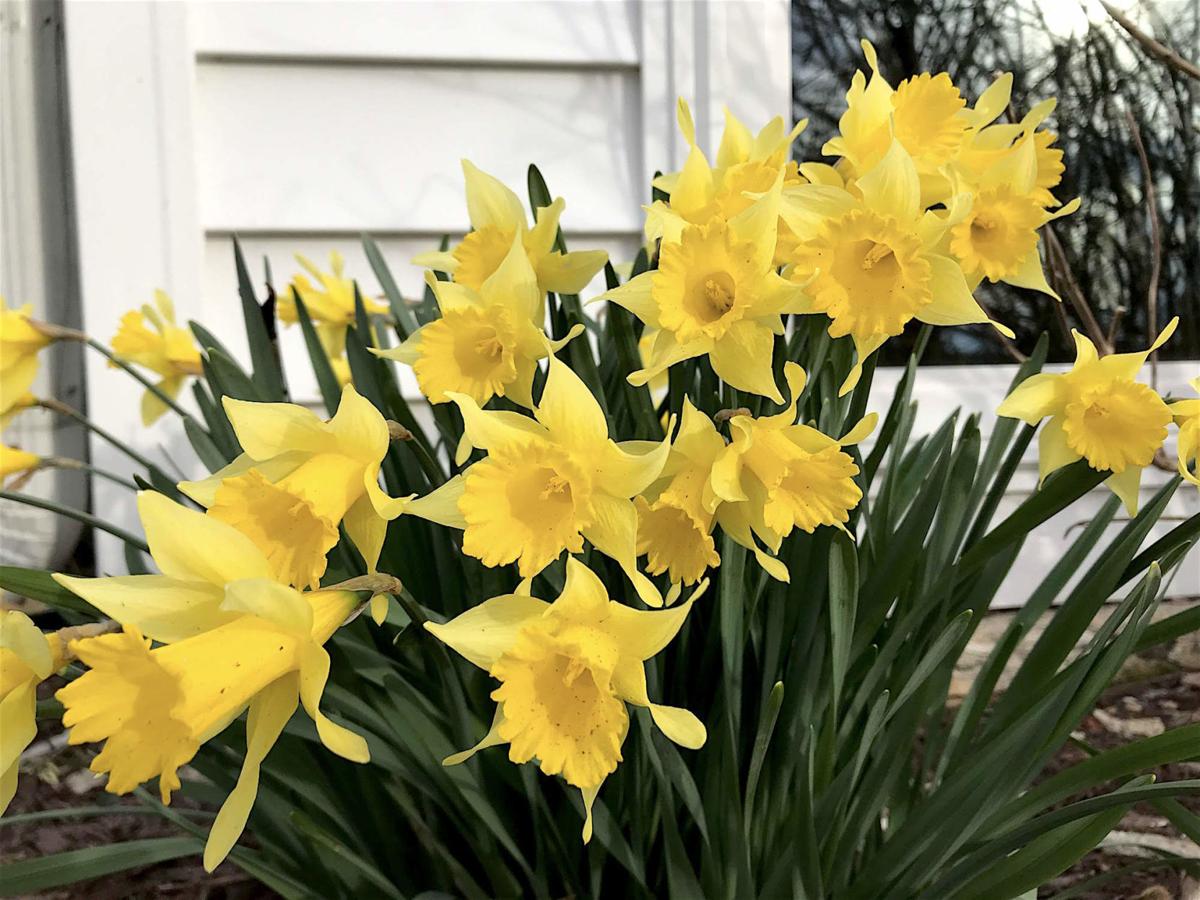 Narcissus “Dutch Master” are one of the most popular cultivars. They feature the classic yellow daffodil trumpet shape. These plants multiply over the years. 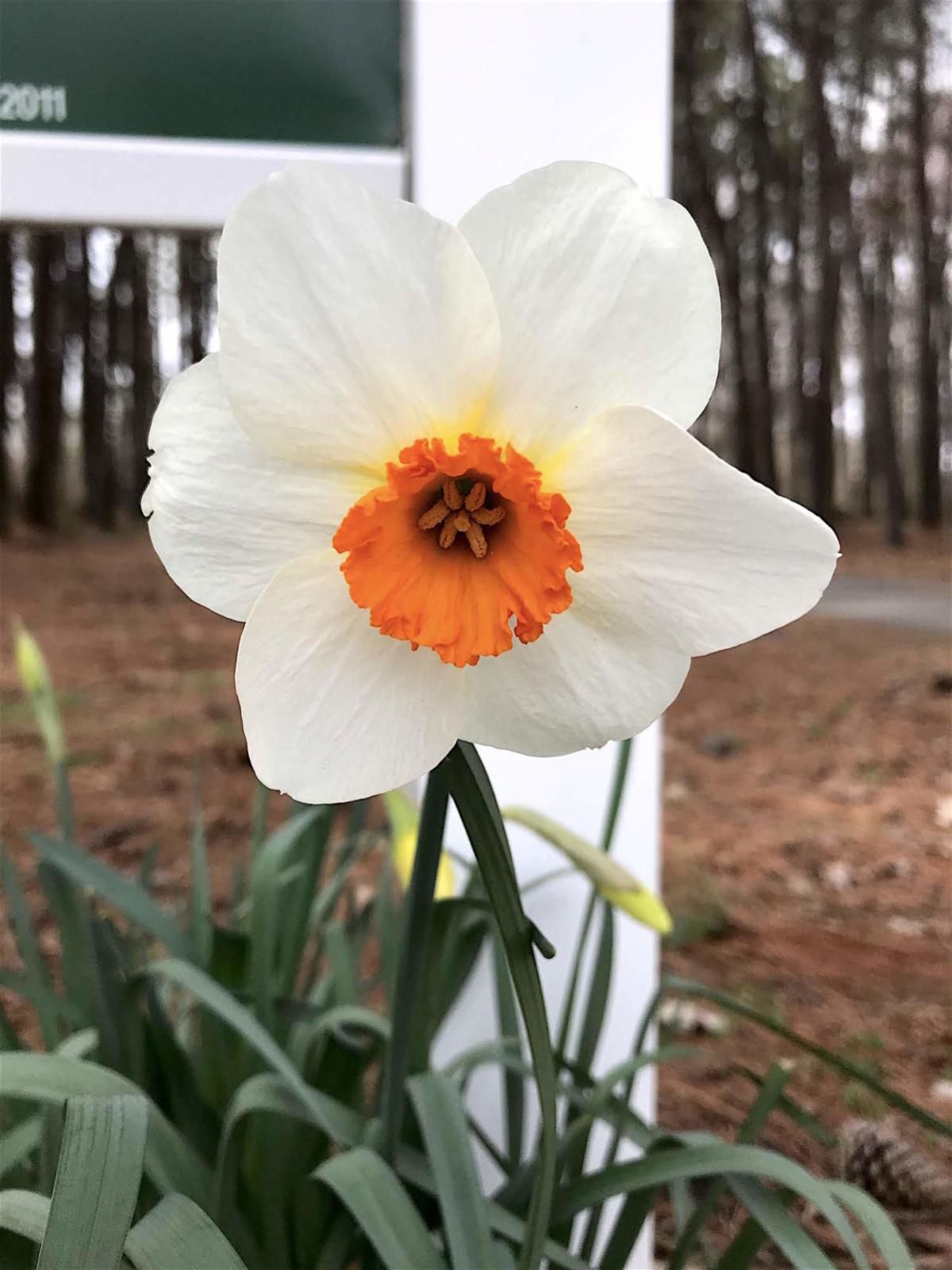 During the Victorian Era flowers sent between people had their own symbolization. For instance, daffodils symbolized regard or unequalled love. 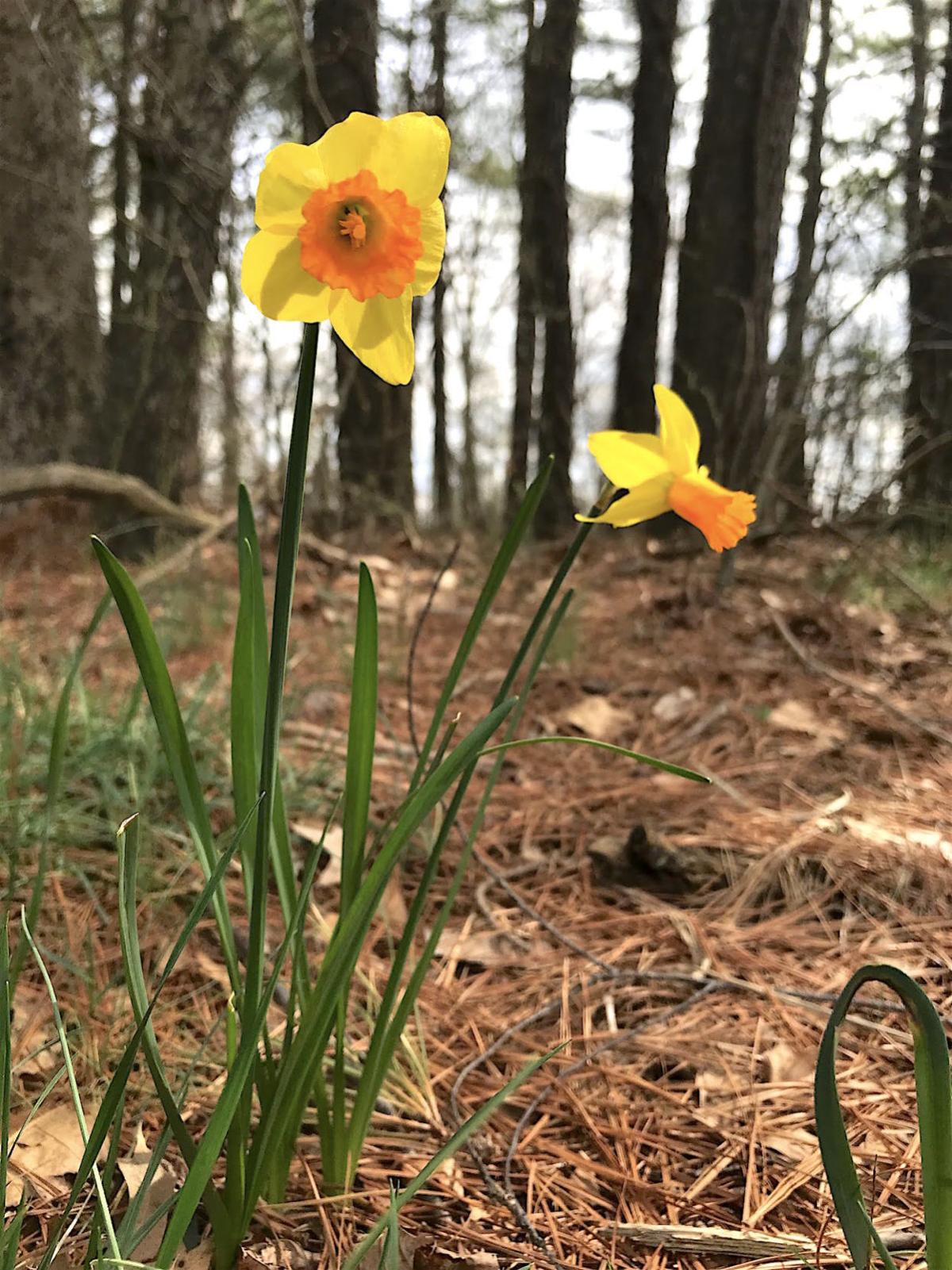 While daffodils are actively blooming, it is a great time to take notes (or pictures) in the garden. Do bulbs need to be divided? Would they be better suited in another area? This will help you when it is time to move things around in the fall.

Narcissus “Dutch Master” are one of the most popular cultivars. They feature the classic yellow daffodil trumpet shape. These plants multiply over the years.

During the Victorian Era flowers sent between people had their own symbolization. For instance, daffodils symbolized regard or unequalled love.

While daffodils are actively blooming, it is a great time to take notes (or pictures) in the garden. Do bulbs need to be divided? Would they be better suited in another area? This will help you when it is time to move things around in the fall.

The signs of spring are everywhere from the sounds of spring peepers in the woods to the red hues of maple buds to the yellow blooms of daffodils. The tidbits of spring trickle in like the mist of early morning fog slowly then all at once. As if waking up from a long winter’s nap, you see buds on trees swell or the tiny green stems of bulbs that gently peak through the mulch. The next day, you hear the sounds of spring peepers. Then, all at once, the baby pink blooms of cherry trees are floating like confetti in a ticker-tape parade while crocus shine like amethyst and daffodils glitter like drops of gold in flowerbeds and all of a sudden, spring is here.

As the daffodils I planted last fall leisurely woke from their long winter’s nap, I began to think about how beautiful they would be in a few weeks with their golden yellow cups and their egg yolk petals, my mind wandered to their name “Daffodil.” When I became a mother, names and the meanings behind them captivated me. As a parent, when you name your child you, research everything, the meaning behind a name, where it originated from, the many spellings, and so forth. When the time came to hold my sons for the first time, I was completely and utterly prepared with names that would suit them. The names that would help define them and would help guide them as they traversed through our uncertain world. Did I put too much weight on a name? Maybe.

As Juliet said to Romeo, “What’s in a name? That which we call a rose by any other name would smell as sweet.” There is a great name debate between Daffodils, Narcissus, and Jonquil. Daffodil refers to the common name for the spring-flowering bulbs in the genus Narcissus. Jonquil is the common name for Narcissus jonquilla within the Narcissus genus. To avoid any ambiguity, you can never go wrong by calling these flowers by their genus name Narcissus.

According to the American Daffodil Society, there are between “40 to 200 different daffodil species, subspecies or varieties of species and over 32,000 registered cultivars (named hybrids) divided among the thirteen divisions of the official classification system.” Daffodils range from the tried and true yellow trumpet to ones with double flowers and clustered flowers, to small cups, and ones with open cups. Flower colors come in an array of white to yellow to orange. There are even some with splashes of pink.

Daffodils are hardy spring-flowering perennial blubs that should return year after year. During blooming, they require generous amounts of water. After blooming, always deadhead the spent flowers. Even though daffodil foliage can get unruly, allow the leaves to remain for at least six weeks. You will see people braid or tie the leaves together with rubber bands. This timely endeavor results in the leaves manufacturing smaller amounts of food for the bulb, which in turn results in smaller blooms the following year. After the allotted six weeks have passed, you may remove the leaves.

For Maryland’s hardiness zone, plant daffodils in the fall (from late September to late November). The soil needs to be cool but the ground should still be workable and not frozen. Picking out bulbs is just like picking out the perfect apple. You want a bulb that is firm without blemishes. Bulbs should never be soft, damaged or moldy.

Daffodils are an easy dependable flower that is ideal for the beginning gardener. Don’t forget to pick some up in the fall for your garden!

For further information, please visit https://extension.umd.edu/queen-annes-county/master-gardener-home-gardening or see us on Facebook @ https://www.facebook.com/QueenAnnesCountyMasterGardeners For more information contact Rachel J. Rhodes, Master Gardener Coordinator at 410-758-0166 or by email at rjrhodes@umd.edu.

University of Maryland Extension programs are open to all people and will not discriminate against anyone because of race, age, sex, color, sexual orientation, physical or mental disability, religion, ancestry, or national origin, marital status, genetic information, or political affiliation, or gender identity and expression.