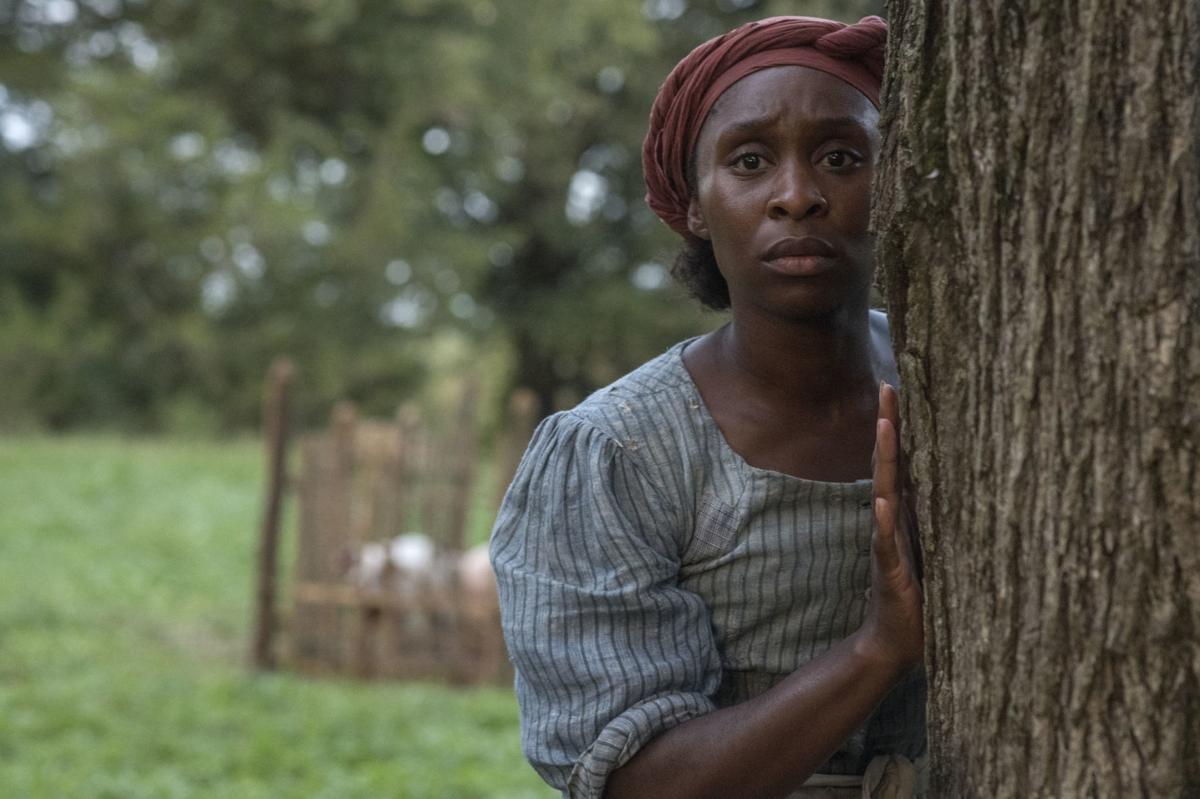 Cynthia Erivo appears in a scene from “Harriet.” 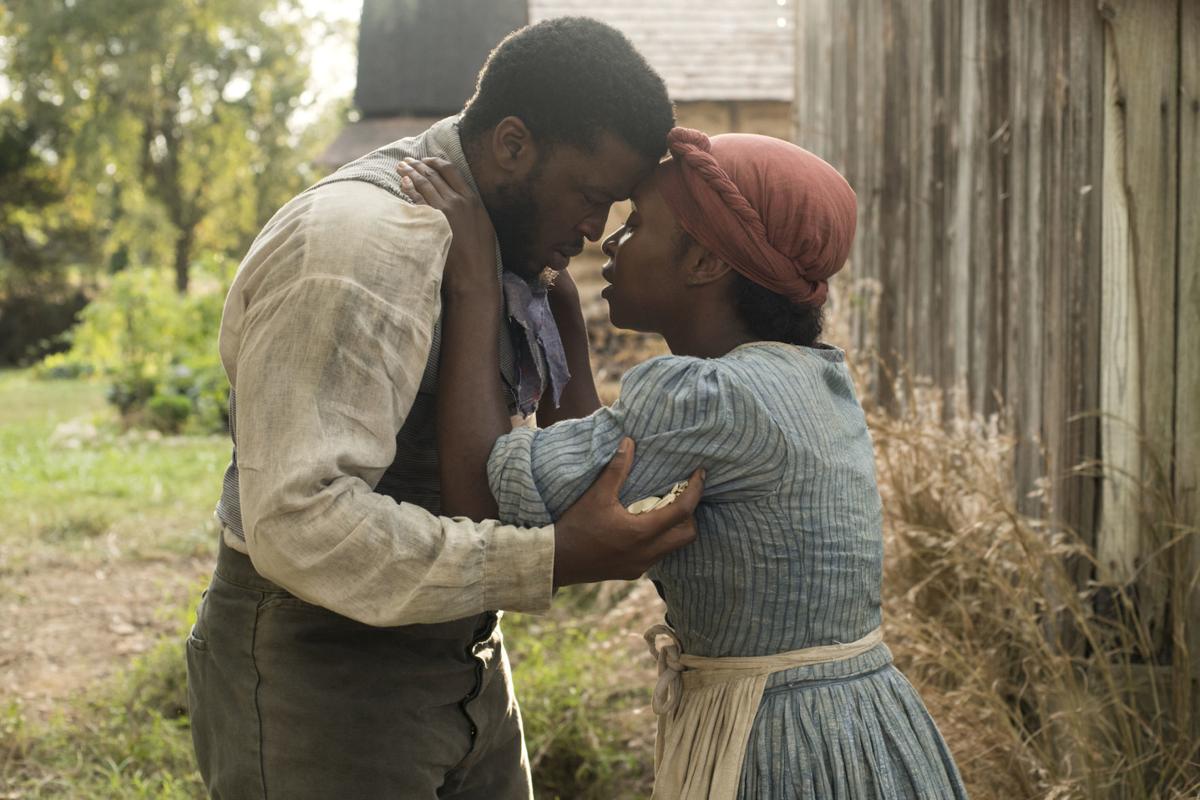 Zackary Momoh, left, and Cynthia Erivo appear in a scene from “Harriet.” 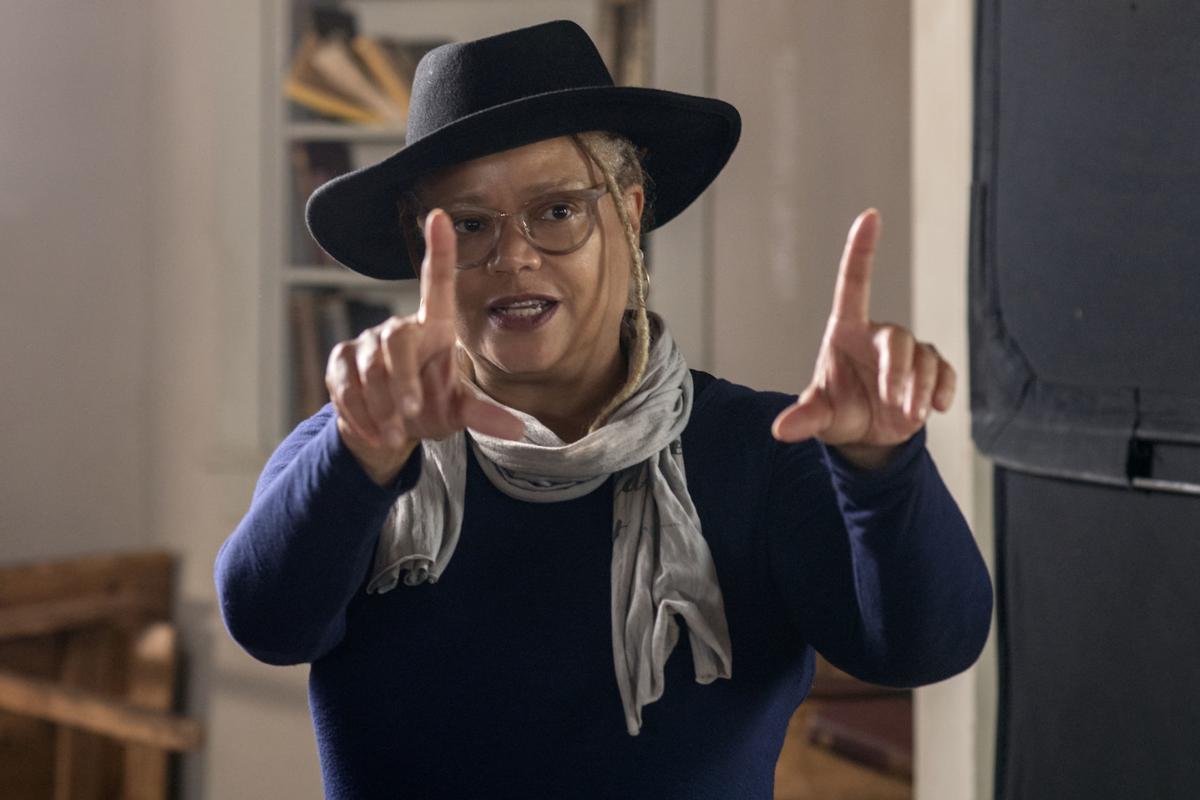 Director Kasi Lemmons is shown on the set of “Harriet.”

Cynthia Erivo appears in a scene from “Harriet.”

Zackary Momoh, left, and Cynthia Erivo appear in a scene from “Harriet.”

Director Kasi Lemmons is shown on the set of “Harriet.”

The movie, a Focus Features release that premiered in September at the Toronto International Film Festival, is playing at Easton Premier Cinemas and Cambridge Premier Cinemas.

It was directed by Kasi Lemmons (“Eve’s Bayou,” “Talk to Me”), who also wrote the screenplay with Gregory Allen Howard (“Ali,” “Remember the Titans”).

“Harriet” has received mostly praise from critics. As of the afternoon of Thursday, Oct. 31, it had a 73% “fresh,” or positive, rating on the website Rotten Tomatoes, with 92 reviews posted.

“It is a rousing and powerful drama, respectful of both the historical record and the cravings of modern audiences,” New York Times critic A.O. Scott wrote.

“It’s as if Tubman walks among us, melting away the years between her life and ours,” TIME Magazine‘s Stephanie Zacharek wrote.

Newsday‘s Rafer Guzman called the movie “a conventional but engaging biopic about a crucial American figure.”

One common refrain among the reviews is that a Tubman film is long overdue.

“’Harriet’ is a necessary movie — it’s shocking it has taken this long for a project on this scale,” Chris Hewitt wrote in the Minneapolis Star Tribune.

Many critics have singled out Erivo’s performance as one of the movie’s biggest strengths.

“It’s hard to go too far wrong ... with a story as compelling as Tubman’s and an actress as vivid as Erivo,” wrote Jocelyn Noveck of the Associated Press.

“Erivo is a standout in this modest, well-intentioned story of courage and inspiration, and is worthy of consideration when Oscar nominations are handed out,” wrote James Berardinelli of ReelViews.

“Harriet” is rated PG-13 for thematic content throughout, violent material and language including racial epithets, and runs 125 minutes.

Tubman was born in Dorchester County and lived there as a slave until she was nearly 30 years old. She escaped slavery in 1849, yet risked her life to return to the Eastern Shore many times to help others in their journey to freedom on the Underground Railroad.

She also served as a spy for the Union during the Civil War and fought for women’s voting rights.

“The life and legacy of Harriet Tubman is well known by Marylanders, and we are excited to know that her story of heroism, courage and sacrifice will be shared with others,” Gov. Larry Hogan said in a news release. “I encourage all citizens to visit the Harriet Tubman Underground Railroad Scenic Byway, the Harriet Tubman Museum and Education Center, and other sites in Dorchester County to see where her story began.”

“We are excited that Harriet Tubman’s story has been brought to the big screen,” Maryland Commerce Secretary Kelly M. Schulz said. “Through this film, people all over our country and the world will get to see the important role that Maryland played in her life and in her efforts to lead many brave men, women and children to freedom.”

Liz Fitzsimmons, managing director of Maryland’s Division of Tourism & Film, said: “I was thrilled to learn the details of this major feature film about Harriet Tubman and anticipate that movie-goers will be inspired to learn more about the woman called the ‘Moses of Her People.’ Visitors are flocking to see the places that shaped her life that are on the Harriet Tubman Underground Railroad Byway.

“As they traverse the same fields, forests and marshes that Tubman did, visitors truly understand why Maryland is considered the most powerful Underground Railroad storytelling destination in the world.”

Following its premiere in Toronto, the film’s director, Lemmons, thanked Maryland, the citizens of the Eastern Shore, the descendants of Tubman and the Harriet Tubman Organization.

To assist visitors in identifying the authentic Underground Railroad sites in Maryland, the following materials are available:

• “Harriet Tubman Underground Railroad Byway Driving Tour Guide”: In 1849, Tubman traveled by night and hid by day as she self-liberated, making her way from Maryland through Delaware and into Philadelphia. This comprehensive guide (available in print and as an audio guide) directs travelers through landscapes that appear much as they did to Tubman and her family.

• “Network to Freedom” film: Maryland’s Underground Railroad history includes famous leaders in addition to Harriet Tubman. This new nine-minute film is available for viewing at any of the state welcome centers and streams online at www.visitmaryland.org/network-to-freedom.

The travel guides may be viewed online at www.visit maryland.org/brochure or a free guide can be mailed by calling 1-800-719-5900.