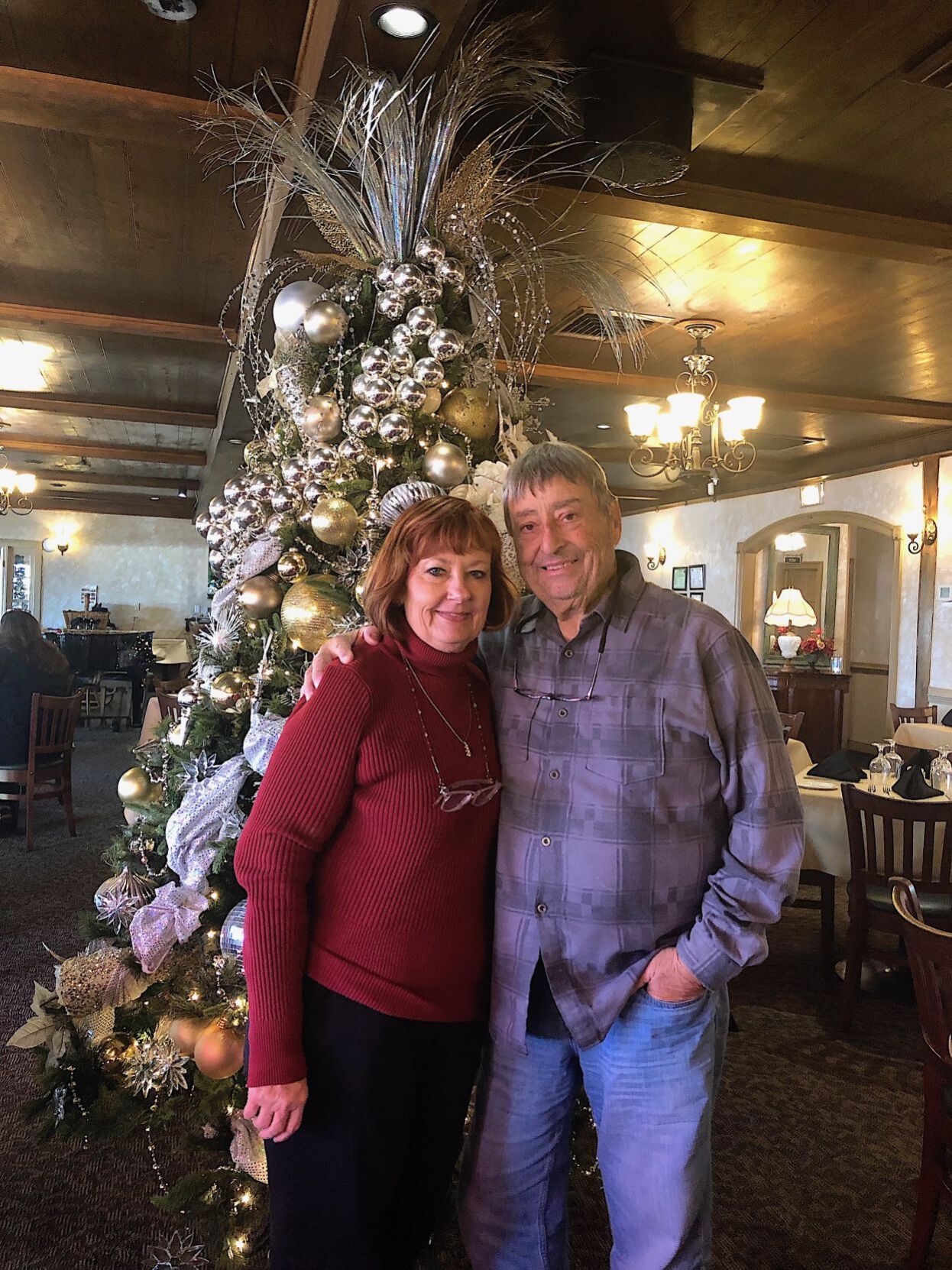 Helen and Mike Katinas stand in front of their favorite Christmas tree in the dining room at Annie’s Paramount Steak and Seafood House at Kent Narrows. The business is closing at the end of the year. 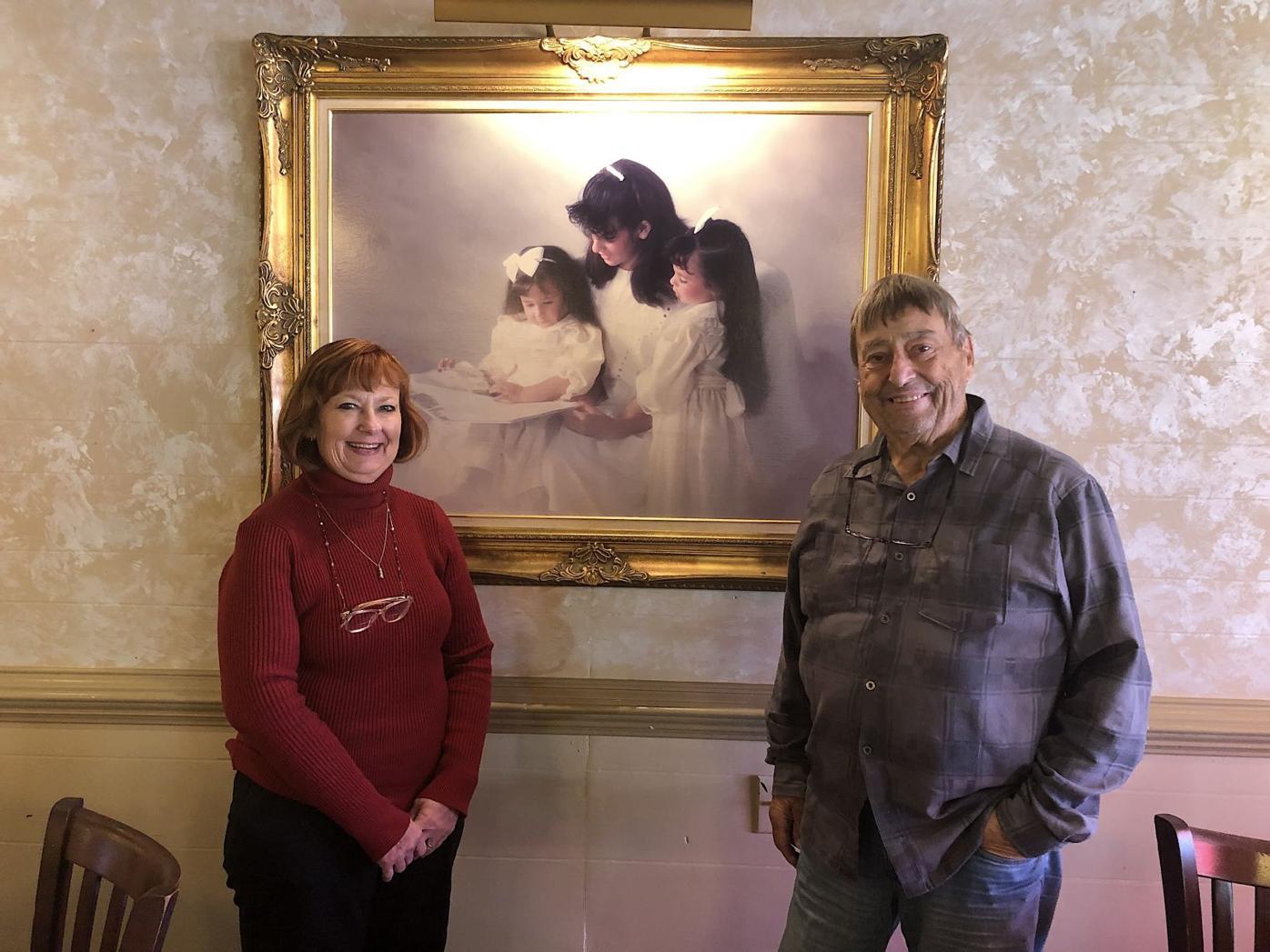 Helen and Mike Katinas stand next to a portrait of their three daughters that hangs in the main dining room at Annie’s Paramount Steak and Seafood House at Kent Narrows.

Annie’s has been an institution at Kent Narrows since 1992.

Helen and Mike Katinas stand in front of their favorite Christmas tree in the dining room at Annie’s Paramount Steak and Seafood House at Kent Narrows. The business is closing at the end of the year.

Annie’s has been an institution at Kent Narrows since 1992.

GRASONVILLE — Christmas Eve will mark the end of an era at Kent Narrows, when Annie’s Paramount Steak and Seafood House closes its doors after nearly 30 years in business.

Owners Mike and Helen Katinas announced last month the popular restaurant would be closing by the end of the year because the new marina owners, Sun Communities, have other plans for the location. Dec. 24 is the last serving day, and Annie’s lease is up Dec. 31.

“Since it was announced, we’ve gotten the nicest notes,” Helen said. “It reminds you why you love this business so much.”

They wanted people to have time to use their gift cards, and since customers always enjoy their holiday decorations, they put them up early. Many photos with family and friends have been taken in front of their Christmas trees over the years.

“People come and would say we always get our Christmas card picture here in front of the trees,” Helen said.

The 12,000-square-foot restaurant seats up to 400 guests. Before the COVID-19 pandemic, the business employed around 70 people. Since reopening and as people get vaccinated, business has picked back up, but workers are hard to find, so they have only about half the number of their former staff, Mike and Helen said.

Annie’s has hosted many celebrities, sports professionals and actors and actresses, including Linda Hamilton of “Beauty and the Beast” and Terminator” fame.

Those events were always very personal and special to them and they felt lucky to be a part of that, Mike and Helen agreed.

“I think one of the best things we ever did was for a family whose wedding was more or less invaded by a hurricane,” Mike said.

The wedding was that of a former employee and was supposed to happen outdoors at Camp Wright, Helen said. The hurricane hit and the whole wedding moved to Annie’s.

“We couldn’t be prouder to be part of this community,” Mike said. “I think people move here because they want to be a part of this. The community makes it special.”

Helen said one of their daughters recently put together a montage of Annie’s for them as family.

“It was family dinners, bridal showers, baby showers, funerals — after funerals — things that we would come together for here as a family, and other families do the same thing,” she said.

Mike said they wanted to thank the community and their guests for their many successful years in business.

“We have to thank every single employee who ever worked at Annie’s,” he said, specifically mentioning Diane Sweitzer, current general manager. Some of the employees have worked there for years, he said, pointing out Patrick with 11 years and Sarah with 24. “Loyalty like that is hard to come by.”

Mike also wanted to thank Barry Cohen, Joel Meisel and Robert Wilson for 30 years of their partnership at Mears Point Marina — and the marina staff.

Without Helen, Annie’s wouldn’t be here, Mike said. “She’s the rock that this place was built on.”

Helen said they have worked side by side for more than 30 years. “I guess that’s good if you want to see each other.”

Helen is a Centreville girl, and Mike grew up in Washington, D.C. Helen got her start in the restaurant business working for Willis Seward at the Poseidon restaurant, which preceded Annie’s at the Kent Narrows location. Mike got his start at his brother’s restaurant, the Paramount Steak House on 17th Street in Washington, D.C., which opened in 1948. The Anne’s part was added later.

Mike had a boat at the marina; that’s how they met. One of Helen’s friends set them up on a blind date. Mike said he missed the first date, but Helen gave him a second chance. They had a supervised date to Kentmorr Restaurant. The rest is history.

“We were never apart after that date,” Mike said.

Mike served eight years in the Air Force, traveling to England and Vietnam. When he returned from the service in 1973, Mike took over his brother’s restaurant, running it until 1992 when his brother’s children took over.

“Mike always said when he came across the bridge he felt a sense of relief,” Helen said.

“We loved it here, so we moved here. The restaurant came after that,” Helen said. “And we had our children. We actually lived on a boat in the marina for a while.”

She said it was interesting and a little small, raising children on a boat. They went to settlement on their house about a week after their third daughter was born. They live in Queenstown, off Bennett Point, with their black Labs. Mike loves to hunt, Helen said.

After the nephews took over in D.C., Mike and Helen looked at the building where Annie’s is located and thought it was a great location to open their own restaurant. Annie’s opened May 11, 1992, the day after Mother’s Day.

One of the things that has made Annie’s so successful was it’s the commitment to excellent product, Mike said.

“All the steaks are cut here in-house by myself,” Mike said.

“Everything is fresh and homemade,” Helen added.

“We’ve always been a scratch kitchen, and everything, dressings, everything is made in-house. The steaks, all the steaks have been aged,” Mike said. “We used to age them, we wouldn’t cut them until they were forty-some days old. We had our own bandsaws. We had our own way of packaging. We insisted on fresh fish all the time. We would never compromise.

“I think that’s what people remember so much or like about Annie’s, they know when they’re coming in here they’re going to get something that might not be loaded with sauces to mask the product, but the good product that they want to taste.”

Helen said, “He won’t replace something less in a recipe ever …. he’s going to make sure it’s the best.”

Mike is a skilled butcher and cuts all the meat himself, Helen said. “He’s trained some of the best butchers at Safeway and Giant. They’d be here working and the next thing you know they’re getting a job at the grocery store.”

That’s another of the memorable things, Mike said, “the opportunities that were given to young people who knew they were working for people who demanded excellence.”

Their own children, Georgeanne, Andrea and Aliki, worked tirelessly with them to help make Annie’s a success, Mike and Helen said.

A large portrait of the girls hangs in the main dining room at Annie’s, truly a family business. When a customer asked why hang it there instead of at their house, Helen replied that the restaurant was their home and they spent many more hours there.

Georgeanne, Andrea and Aliki all worked at the restaurant through high school and even came home from college on the weekends to help out for special occasions.

Their daughters are all grown and have moved away, one to Florida and two to Arizona. “Too far for me to call them in to work,” Helen said with a laugh. The Katinases have one grandson. They are all planning to be home for Christmas.

“Helen and I will probably take a little time off,” Mike said. “The day after Christmas will be the first day that I never really have to go to work, and that’s over a lifespan.”

The restaurant’s contents will all be going to auction, Rasmus.com, Mike said. That said, he added there are a couple opportunities that are starting to present themselves.

“There’s a very strong possibility of moving forward,” Mike said. “I don’t think Annie’s is going to go away.”

He said he wanted to thank Queen Anne’s County for all the help it’s provided over the years. He has been talking with Economic and Tourism Development Director Heather Tinelli about finding a new, smaller location, possibly on Kent Island proper and said it “looks very promising.”

The Katinases aren’t ready to retire.

“We love this business,” Mike said. “This is what we do.”