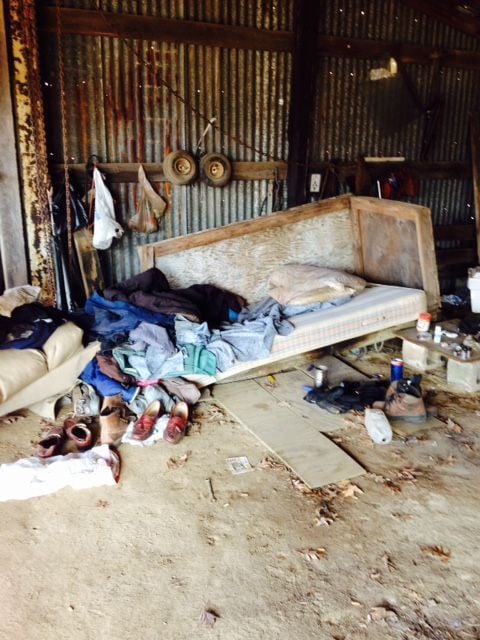 Pictured is a lean-to on a property in Queen Anne’s County where a local homeless man was given shelter this past winter before finding Haven Ministries Cold Weather Emergency Shelter at Kent Island Methodist Church in Chester. 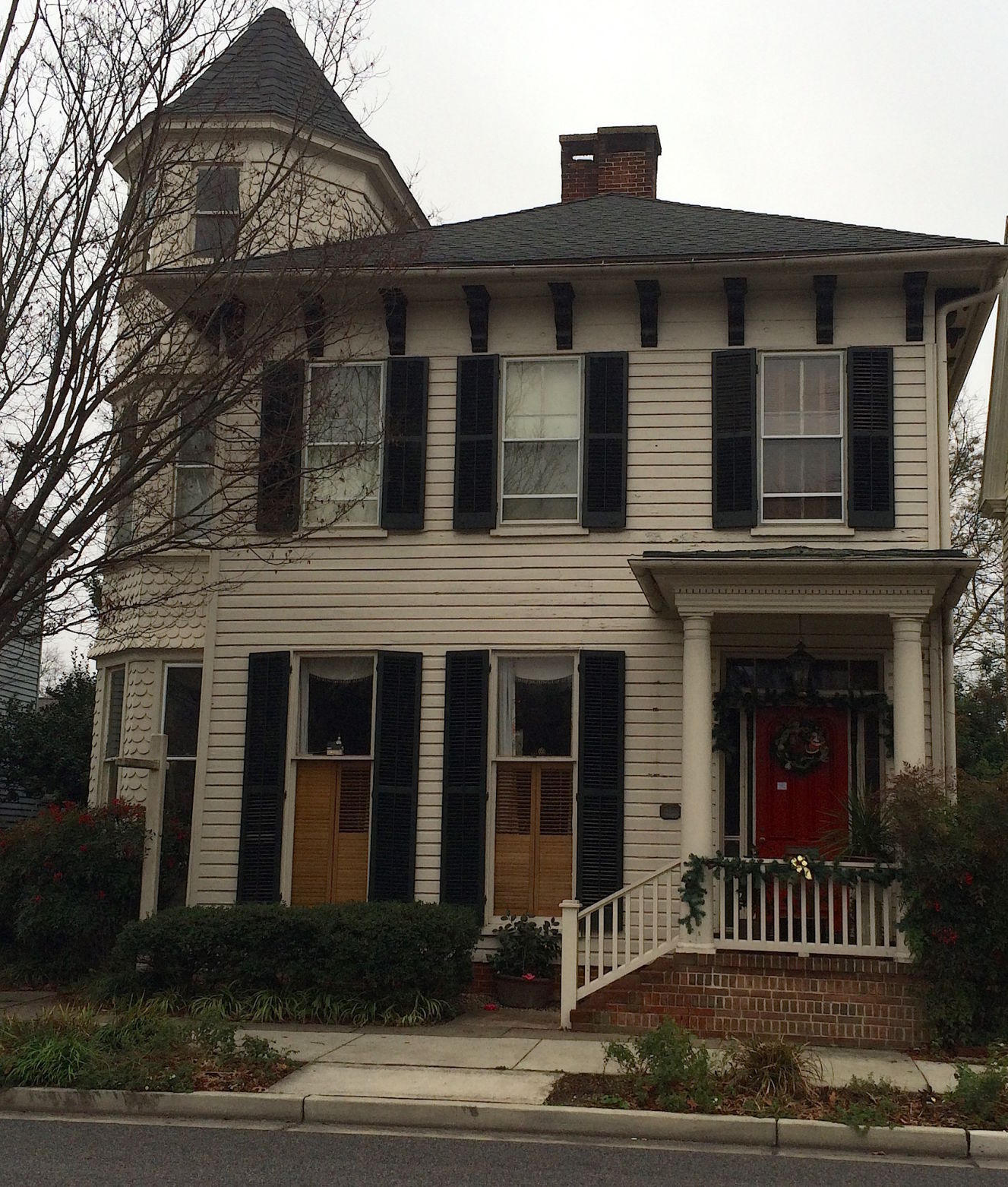 Talbot Interfaith Shelter opened its doors in 2014, in the former Easton’s Promise bed and breakfast, located at 107 Goldsborough St. in Easton. It is the only shelter in Talbot County that is able to accommodate homeless families.

Ann, last name unknown, was a familiar sight in Chestertown during the winter of 2015. She carried all her belongings in a shopping cart, and then a suitcase.

PHOTO BY TRISH MCGEE
1 of 2

Pictured is a lean-to on a property in Queen Anne’s County where a local homeless man was given shelter this past winter before finding Haven Ministries Cold Weather Emergency Shelter at Kent Island Methodist Church in Chester.

Talbot Interfaith Shelter opened its doors in 2014, in the former Easton’s Promise bed and breakfast, located at 107 Goldsborough St. in Easton. It is the only shelter in Talbot County that is able to accommodate homeless families.

EASTON — Jeanine Beasley, Mid-Shore Mental Health Systems’ continuum of care manager, said that, although the data gathered from the 2016 homeless Point-in-Time count indicates a decrease in the number of homeless individuals on the Mid-Shore, it likely does not tell a complete story regarding the region’s homeless population.

“Homelessness looks different on the Shore than it does in urban areas, so it’s more of a hidden homelessness in our region,” Beasley said.

This year, on Wednesday, Jan. 27, Beasley said, the Mid-Shore Roundtable on Homelessness conducted its annual PIT count, which found 138 people who were considered literally homeless, including 88 single individuals and 50 individuals in families.

Beasley said being literally homeless means an individual is living in an emergency shelter, in transitional housing or a place not meant for human habitation.

The survey also found 49 people who were in danger of becoming homeless. In many instances, those were families with children, Beasley said.

She said, although people in danger of becoming homeless are not considered literally homeless, they often are on the edge, living with a friend or relative for a short time before having to move on to the next friend or relative. She said sometimes families also are broken up and the children are separated between several sets of aunts and uncles.

Beasley said looking at the number of those who are in danger of becoming homeless is important, because it gives the Mid-Shore Roundtable on Homelessness a “number to work with, to see who we might be seeing in the coming months or the coming year.”

“One of the things that I think is pretty alarming about that number, is that it’s always been a high percentage of families and children,” Beasley said.

The Mid-Shore Roundtable on Homelessness is a collaborative group serving Caroline, Dorchester, Kent, Queen Anne’s and Talbot counties, Beasley said. She said the group is the local continuum of care, which guides and tracks the Mid-Shore’s homeless population through a variety of services, and has conducted the Point-In-Time survey annually since 2009, on the last Wednesday in January.

The annual survey counts the number of individuals who are literally homeless on that single night in January. The Mid-Shore Roundtable on Homelessness reports the data to the Department of Housing and Urban Development, Beasley said.

She said the shelters provide the numbers of people they serve and Mid-Shore Roundtable on Homelessness coordinates volunteers who canvass the region, looking for people who are unsheltered.

She said the DHUD compiles the numbers of literally homeless nationally because all continuums of care participate in the survey, and the information helps guide Congress in providing funding for permanent supported housing programs.

She said it is difficult to conduct the survey on the Mid-Shore because of the size of the region, and because the local homeless population often does not live on the street, visible for people to see.

“It’s not like in Baltimore, where you can go under the Jones Falls Expressway, where there’s people camping and you know where they are,” Beasley said. “In our region, people are out in the woods and you don’t see them, and you don’t really know where their encampments are, so it’s hard to find people.”

Beasley said, to succeed at gathering information for the survey, the Mid-Shore Roundtable on Homelessness hosts survey events in several locations, making it easier to bring the homeless population to them.

She said, although official numbers from the 2016 count indicate there are fewer Mid-Shore homeless than what was gathered during the 2015 survey, the Mid-Shore Roundtable on Homelessness does not feel like the numbers tell the complete story of the region’s homelessness.

“We don’t really feel that this is the full picture of homelessness on the Shore, because, while we’re getting better at getting people and finding people, we aren’t finding them all,” Beasley said. “So, while it’s great that we see a decrease from last year, we still don’t feel that we’re at that true picture.”

Beasley said there are homeless individuals who do not attend the count events and even though volunteers canvass the region, the unsheltered largely remain elusive.

However, she said the organization is becoming more effective at conducting the survey and canvassing the region, and they are closer to being able to give a complete picture of Mid-Shore homelessness.

Beasley said overcoming the stigma of homelessness is one of the biggest hurdles.

“(The homeless are) just regular people who really need a hand. ... A lot of us are just a few paychecks away from being in that same situation,” Beasley said.

She said many local unsheltered homeless individuals do not want to be found.

“There’s a fear, especially for families. A lot of time families feel like, ‘If we’re homeless, and somebody finds out we’re homeless, we’re in danger of our family being separated,’” Beasley said. “Really, we’re trying to help people and keep families intact.”

The Mid-Shore Roundtable on Homelessness hosts monthly public meetings, which take place from 1:30 to 3 p.m. the second Tuesday of every month at Mid-Shore Mental Health Systems, located at 28578 Mary’s Court, suite 1, in Easton.