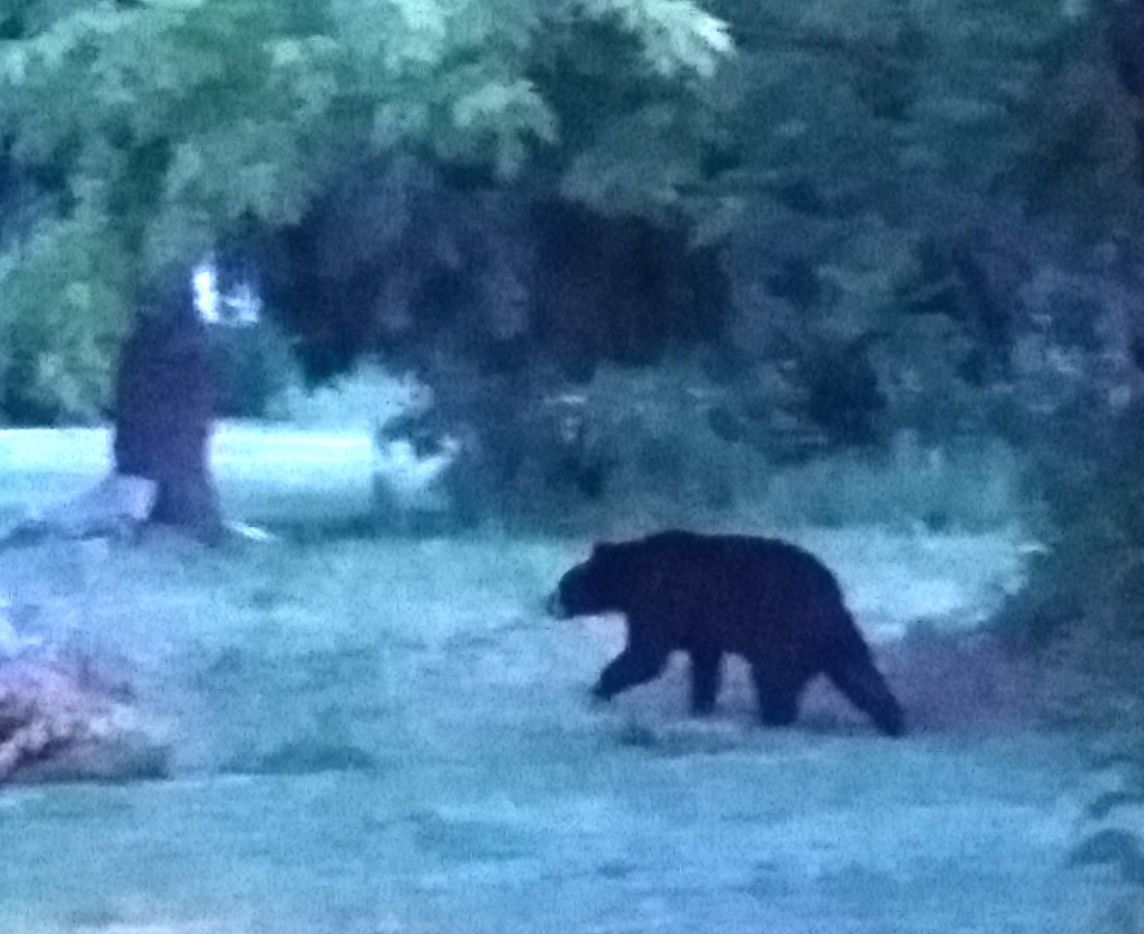 A young black bear wanders through yards along Singerly Road in the Elkton area Wednesday evening, June 1. Amanda Badur took the photo and was amazed at the quality, saying her hands were shaking badly. 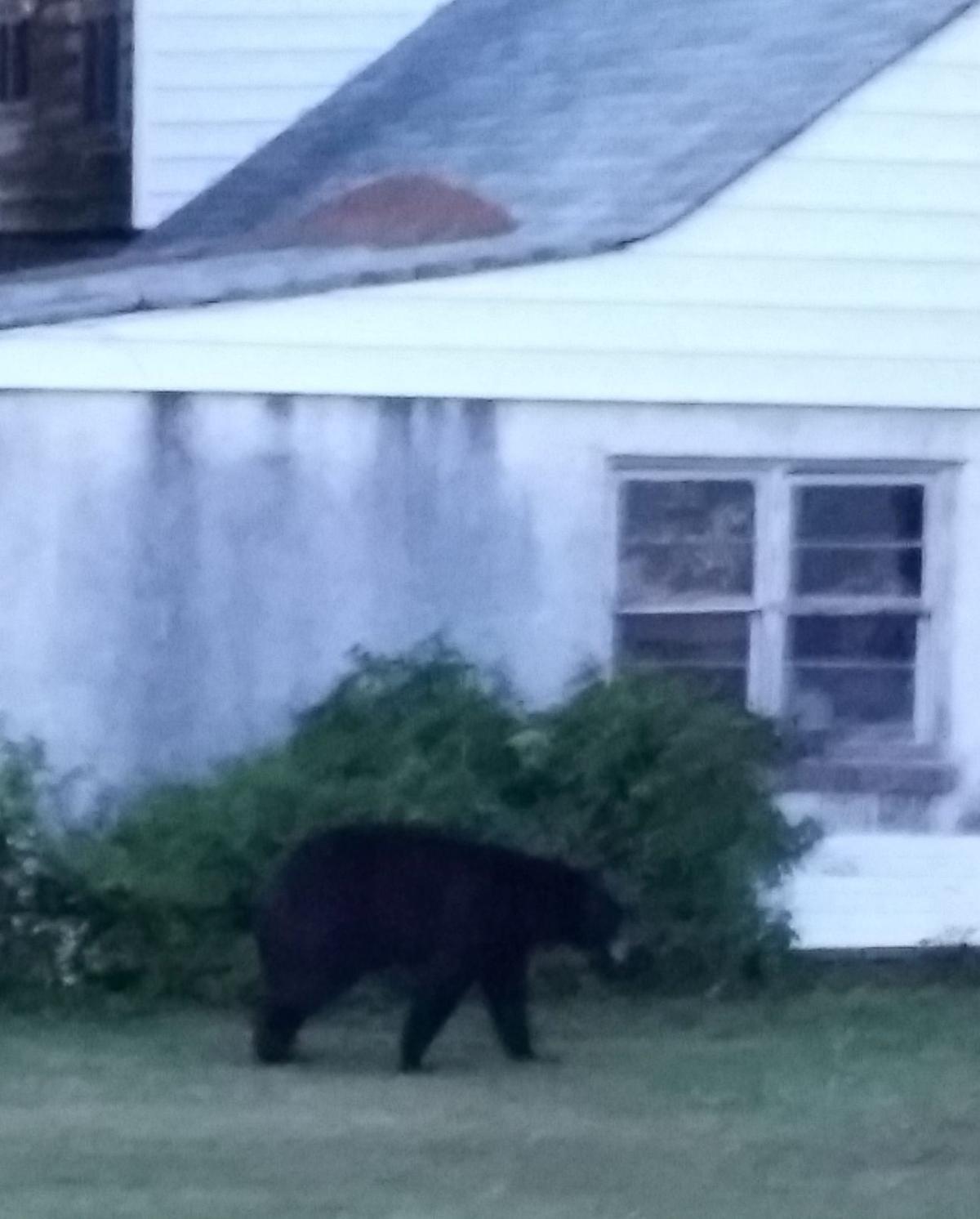 A young black bear wanders through yards along Singerly Road in the Elkton area Wednesday evening. Amanda Badur took the photo and was amazed at the quality, saying her hands were shaking badly.

A young black bear wanders through yards along Singerly Road in the Elkton area Wednesday evening, June 1. Amanda Badur took the photo and was amazed at the quality, saying her hands were shaking badly.

A young black bear wanders through yards along Singerly Road in the Elkton area Wednesday evening. Amanda Badur took the photo and was amazed at the quality, saying her hands were shaking badly.

ELKTON — “Cecil the Bear” has reappeared, prompting both curiosity and concern once again.

At least two people fired a shotgun at the animal Wednesday night, June 1, but the bear got away uninjured.

A homeowner on Dogwood Road fired two shots to scare the bear away. However, the bear scampered up a tree instead.

“The bear successfully got out of the tree,” Cecil County Sheriff’s Office Cpl. Michael Kalinsky said.

Kalinsky said deputies were called to the home around 8:45 p.m. for a report of the bear being aggressive. However, the deputies said the bear is more fearful of the dogs, than the other way around.

“Bears are more afraid of dogs and people than anything else,” Kalinsky said. According to Kalinsky it was a second call — which was handled by Elkton Police – in which shots were fired.

“No one was charged, but they were advised that you cannot shoot the bear,” Kalinsky said.

Amanda Badur, who lives on Singerly Road, also had a close up look at the wandering animal — closer than she expected.

“It was literally in my yard,” Badur said of the June 1 incident. “We have a big back yard. My husband and I were outside painting our porch. A neighbor came running over with a gun asking if we had seen the bear and said, “I shot at it.”

Taking a break from painting, Badur talked with her husband and the neighbor about his sighting.

“I was sitting on the railing and my husband grabs my arm and points,” she said. “The bear was not even 20 feet behind me.”

“He was grunting and stuff. It was so close,” she said.

The bear ran back into the forested area and disappeared.

“It made its way onto Dogwood (Road). I heard two shots,” Badur said.

Maryland Department of Natural Resources officials will neither confirm nor deny it’s the same bear that migrated into Elkton from Delaware on May 20.

“It’s very plausible it’s the same bear,” said Harry Spiker, DNR bear biologist. “They can cover a lot of ground in a day.”

Prior to these new encounters, the bear was seen by the public at the state Route 22 gate at Aberdeen Proving Ground. Security staff at the Harford County installation reported the bear just lumbered through the gate in the pre-dawn hours last month.

On May 31, the sightings in the Elkton area began anew. The bear was seen along Blue Ball and Singerly roads. On June 1, the bear — which Spiker suspects is a juvenile male — was seen near his original spots along Singerly Road.

Authorities have repeatedly warned residents to rein in trash cans, bird feeders and small pets to reduce the food sources for the bears. Also, do not approach the bear or try to engage it. Killing a bear in Cecil County is illegal.

Adult male bears are territorial and will drive away younger rivals. Spiker said these juvenile bears are just wandering.

“It’s not unusual for a bear to be going out on its own to find his own piece of land,” Spiker said.

Badur said she was happy to have the experience of seeing the bear, but wished it hadn’t come that close.

“It wasn’t aggressive or anything,” she noted.

“I work for a pest control company. I called my boss and said, 'Ya got any bear traps?'” she said, laughing. “That’s definitely the closest I’ve ever been to a bear.”