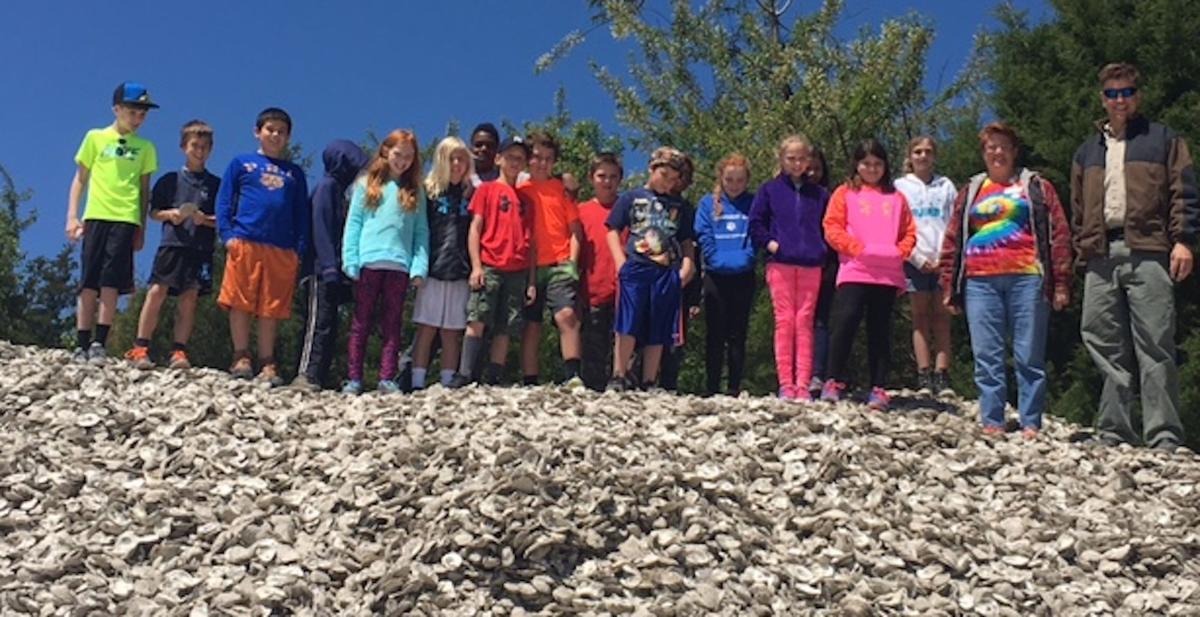 Fourth graders from Grasonville Elementary School atop a pile of oyster shells during their visit to the Horn Point oyster hatchery near Cambridge. The students were involved in a year-long oyster restoration and education program. 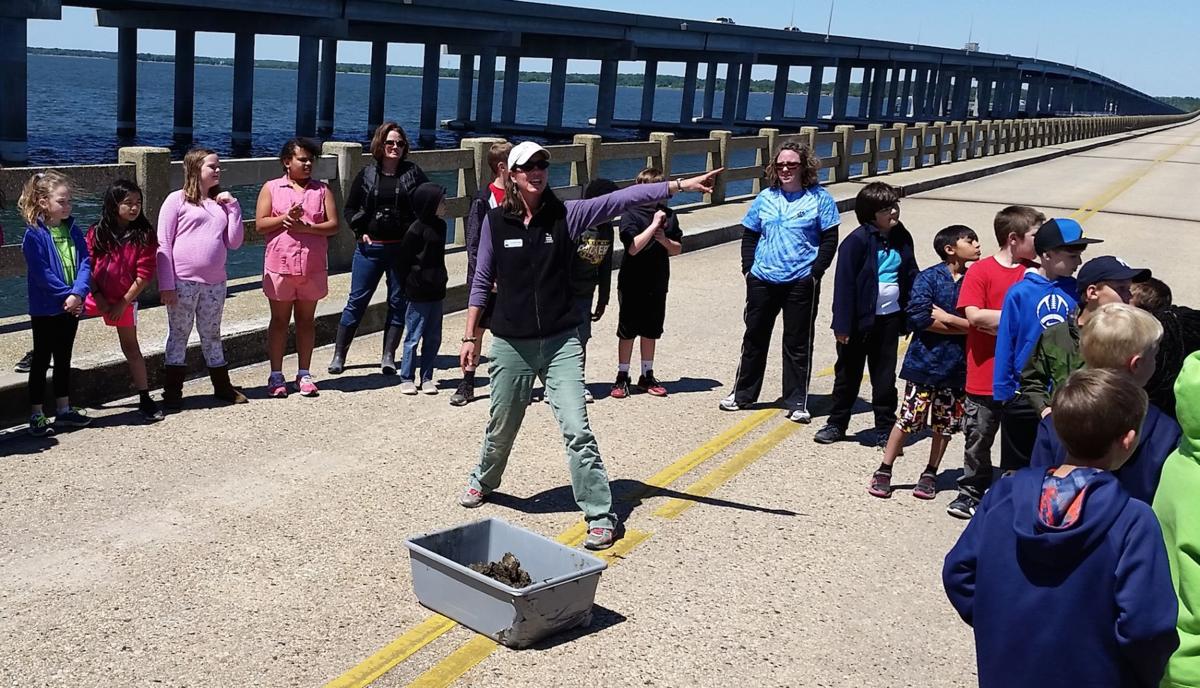 Courtney Leigh of the Chesapeake Bay Environmental Center, gestures to Grasonville Elementary School fourth-graders as they prepare to plant oyster spat on an oyster reef at the Bill Burton Fishing Pier on the Choptank River.

Fourth graders from Grasonville Elementary School atop a pile of oyster shells during their visit to the Horn Point oyster hatchery near Cambridge. The students were involved in a year-long oyster restoration and education program.

Courtney Leigh of the Chesapeake Bay Environmental Center, gestures to Grasonville Elementary School fourth-graders as they prepare to plant oyster spat on an oyster reef at the Bill Burton Fishing Pier on the Choptank River.

GRASONVILLE — Fourth-graders at Grasonville Elementary School have begun their summer vacation with the knowledge that they now have a good understanding of Chesapeake Bay oysters and the need to restore the fishery.

Those students have completed a year-long oyster restoration and education program that took them to the Chesapeake Bay Environmental Center in Grasonville, the Horn Point Oyster Hatchery near Cambridge and an oyster reef on the Choptank River. CBEC’s Courtney Leigh donated her time to visit the school on a monthly basis and present an hour-long lesson on various topics related to the restoration of the oyster fishery.

“It’s been amazing,” Leigh said. “It’s had a huge impact and it’s been lots of fun for the students to study living things in their own backyard.”

During her visits to the school, she met with 80 students and they not only studied oysters, they grew oyster spat and planted them in a tributary of the Chesapeake Bay.

The youngsters dissected oysters to learn about their life functions, how they filter water, and how they are harvested. They also learned about the food chain of the oyster and dissected fish as part of that activity.

“The culminating activity was a field trip to CBEC to release our baby spat on an oyster reef where they will continue to grow and filter the water,” Barletta said. In June, not long before the school year ended, the students visited the University of Maryland Center for Environmental Science’s Horn Point oyster hatchery, which produces a variety of oyster larvae for use in oyster research, oyster restoration, and educational projects.

To wrap it all up, Leigh said the students traveled to the Bill Burton Fishing Pier on the Choptank River where there is an existing oyster reef, and it was there that they planted their remaining oyster spat.

Assistance in making the program — which is now in its third year — a reality, came from the Midshore Riverkeepers Conservancy, the Chesapeake Bay Trust, Maryland Department of Natural Resources, CBEC, and GRACIE, the Grasonville Elementary School Environmental Club, Barletta said.