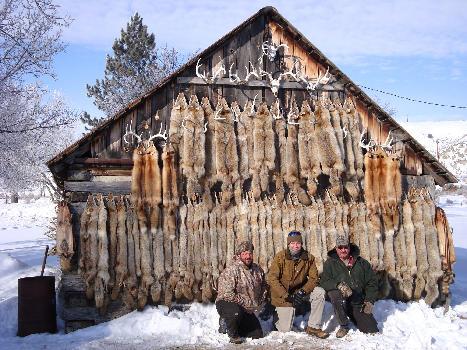 Matt Rosendale, center, and two friends, with pelts collected during hunting expeditions on his Montana ranch. 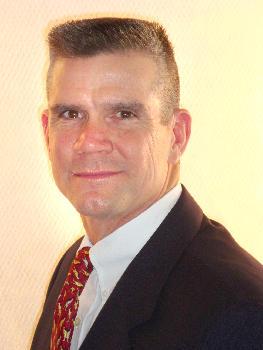 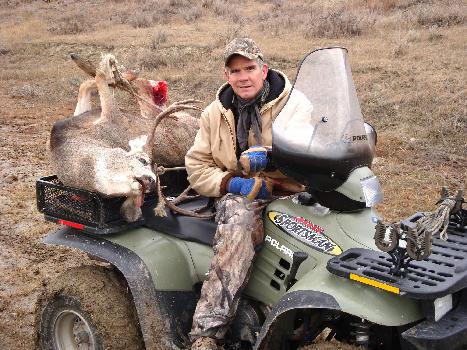 Matt Rosendale returns from a hunting expedition on his Montana ranch. 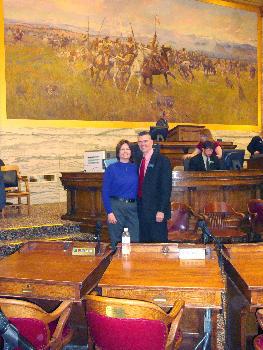 Matt Rosendale and his wife Jean in the House chamber of the Montana legislature. He was elected to the House in November.

Matt Rosendale, center, and two friends, with pelts collected during hunting expeditions on his Montana ranch.

Matt Rosendale returns from a hunting expedition on his Montana ranch.

Matt Rosendale and his wife Jean in the House chamber of the Montana legislature. He was elected to the House in November.

HELENA, Mont. Longtime Queen Anne's County resident Matthew Rosendale, who was well-known on Kent Island and in Centreville for many years as a real estate broker, is wearing couple of different hats these days, far removed from the Eastern Shore.

Rosendale, 50, was elected to the Montana House of Representatives as a Republican in the November election in his first run for public office and says he is enjoying every minute of it.

"I love it. I am really loving it," he said during a recent telephone interview from the state house in the capital city of Helena. "The process is so deliberate and it is so methodical. This whole building is about process."

The son of Chris and Mary Lou Rosendale who owned Rosendale Realty and founded the Bay Times, Rosendale has lived in Montana since June 2002. Today, in addition to his work in the state legislature, he is also a rancher and is in the developing and consulting business.

He says he's always had an intense interest in politics.

"You can talk to our past county commissioners there in Queen Anne's County and any of the businesspeople and they'll tell you," he said. "I wrote my county officials, I wrote and interacted with our state legislators and our U.S. senators and congressmen."

Although he thought about running for public office any number of times he felt his family and his business had to come first. He and his wife Jean have three sons Matthew, Jr., Brien, and Adam.

But long before politics and ranching Rosendale took pictures as a teenager for the Bay Times and then later joined the family real estate business, helping his mother run the company after his father passed away in 1991. He later became the firm's broker of record. His younger brother, Michael, also came into the firm, and now operates Rosendale Realty.

During his years in Queen Anne's County he got interested in researching Montana and then began traveling there regularly to locate a piece of property to buy in the wide open spaces. It started with hunting trips, and then expanded into extended trips for he and his wife that took in county fairs and included a lot of driving around and touring.

In August 2001 he finally bought the ranch he wanted and spent the entire month there with the whole family working to spruce it up. They knew the neighbors and a lot of people in the community and felt "very comfortable." Rosendale described the countryside as "these big rolling plains," which he found appealing.

The original idea was that he and Jean would spend a number of months there each year, but in 2002 they decided that all five of them would move to the ranch full-time. He worked with his brother on the transition at the family business and in June 2002 the family headed west to an area near Glendive, Mont., in the eastern part of the state about 1,789 miles west of Kent Island, give or take a few miles.

Rosendale doesn't have an active real estate license anymore and is involved in some developing and consulting but says that most of the time when he's not in the state capital he's busy on the ranch.

"I fix fence, I repair corrals, and I ride my horse and check things out and then when hunting season comes, I probably have 50 to 70 people that I allow to come through my property to hunt," he continued.

Once his sons completed their education he got more and more involved in the community and decided to challenge the longtime 38th District Democratic incumbent in the Montana House of Representatives.

He defeated two challengers in the Republican primary and then went on to beat the incumbent in the general election.

"I had the wind at my back with the whole wave that was sweeping through the nation," he said.

Unlike the Maryland legislature, which means annually, the Montana legislature meets for 90 days every other year and is in session right now. That means Rosendale has had to rent a house for the duration in Helena, which is about 500 miles from his home near Glendive.

His wife divides her time between their home in Glendive and Helena during the legislative session.

He gets back to Maryland from time to time and still owns part of a small family farm near Centreville as does his brother Chris. His mother lives on one end of the property except for when she's wintering in Florida, he said.

"I miss my family. We are a very close family, but I can't convince them to all move out here," he laughed, "and they won't convince me to move back, I assure you."

"God has blessed me many times over," he said in conclusion.