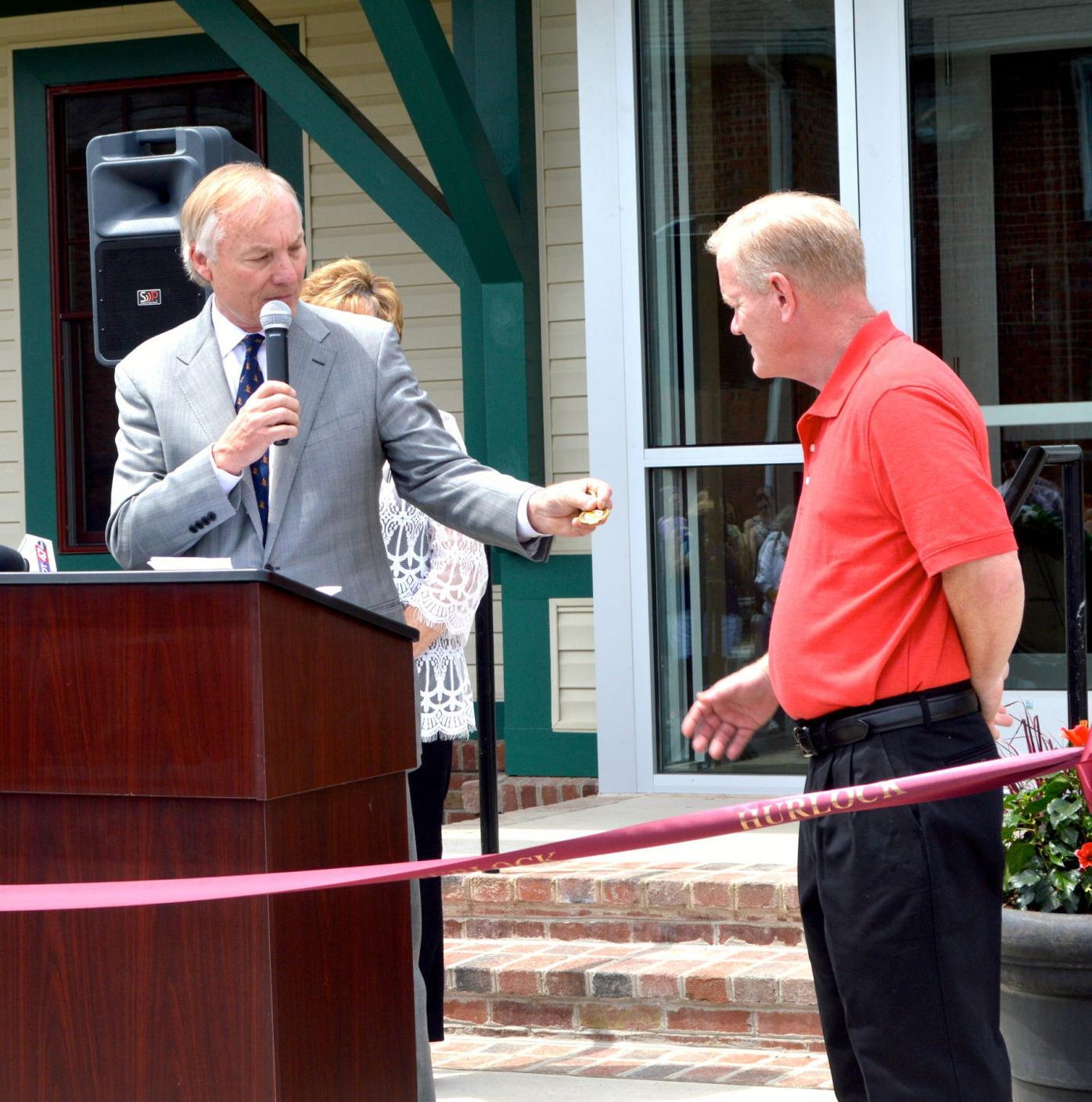 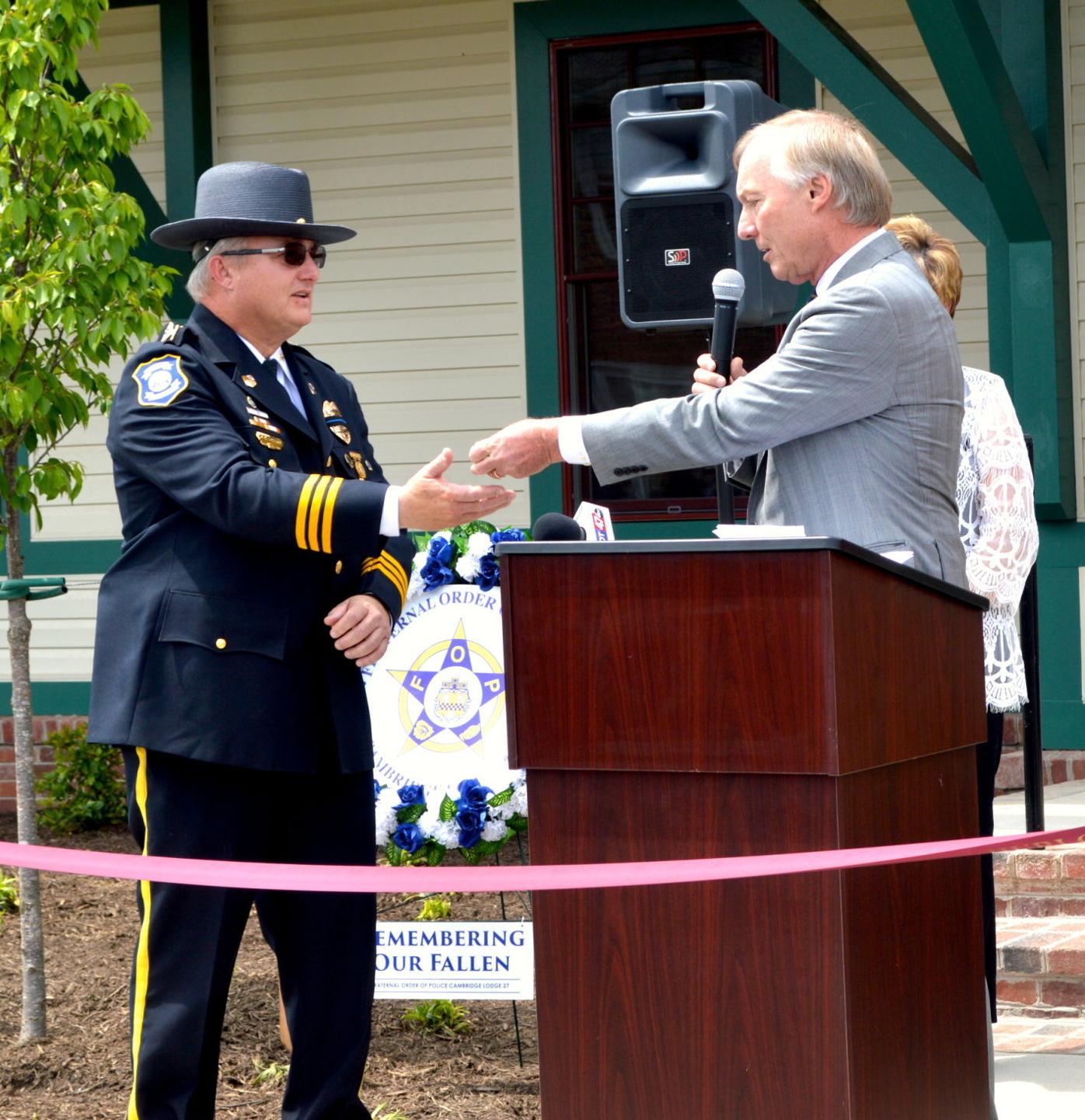 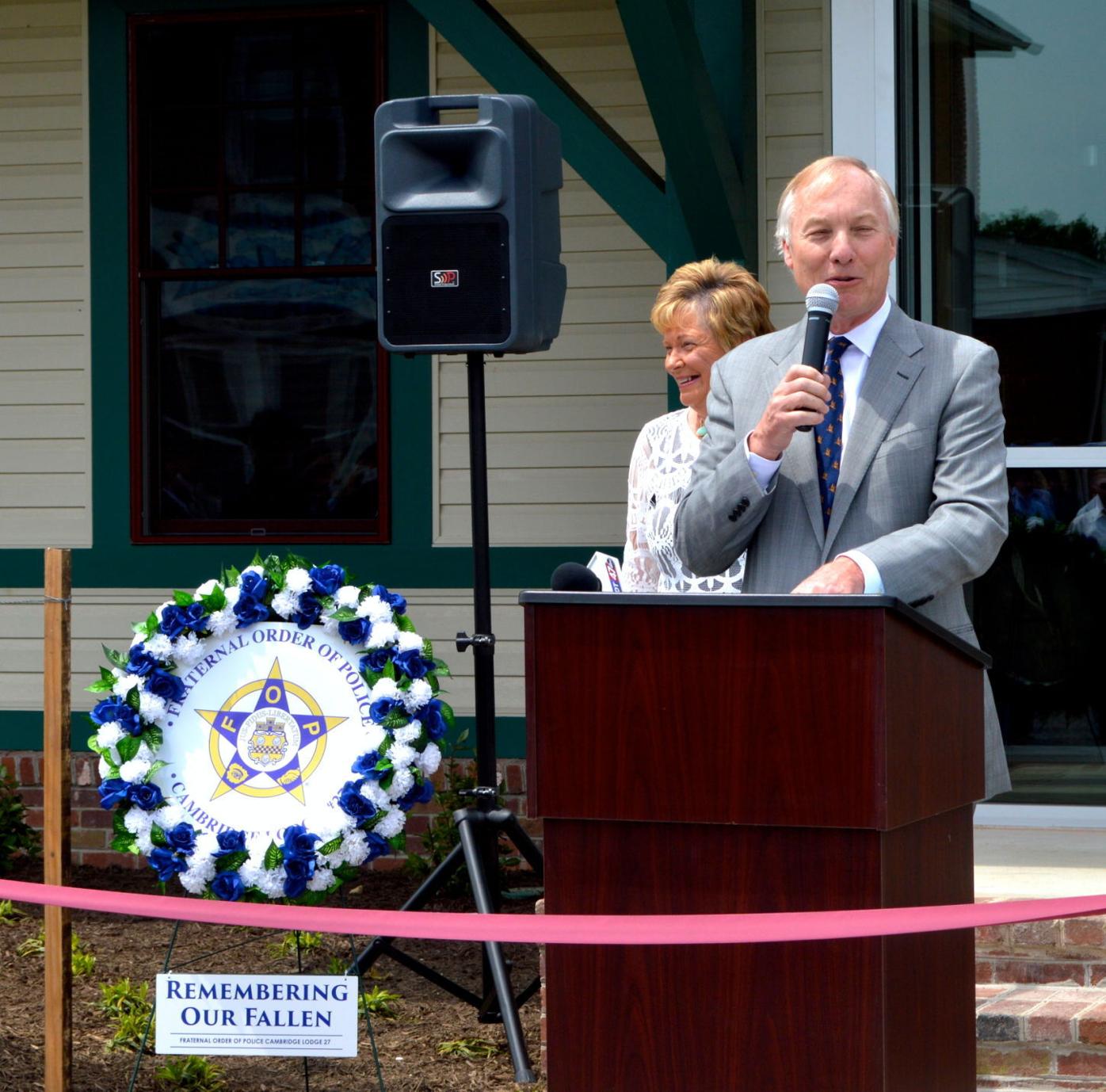 Comptroller Peter Franchot was the guest speaker at the Hurlock Police Station grand opening ceremony on Friday, May 20. 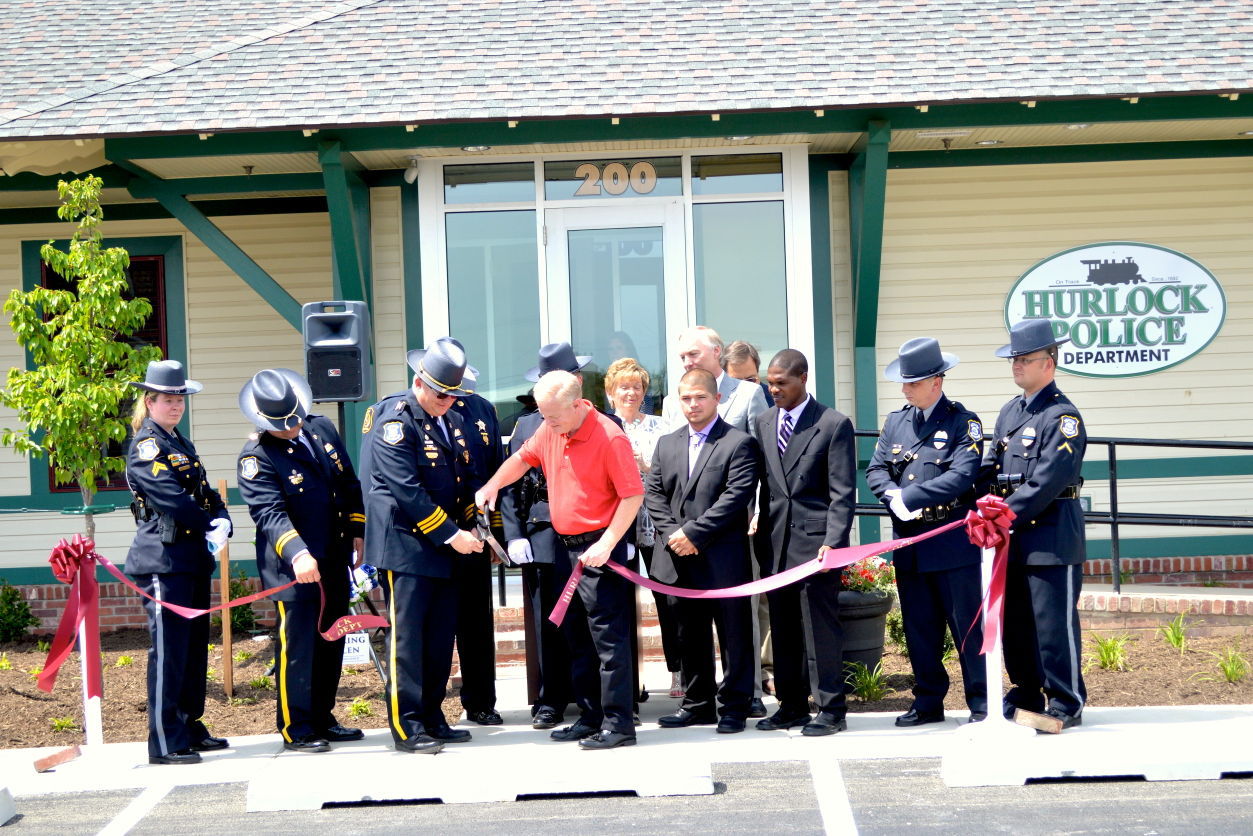 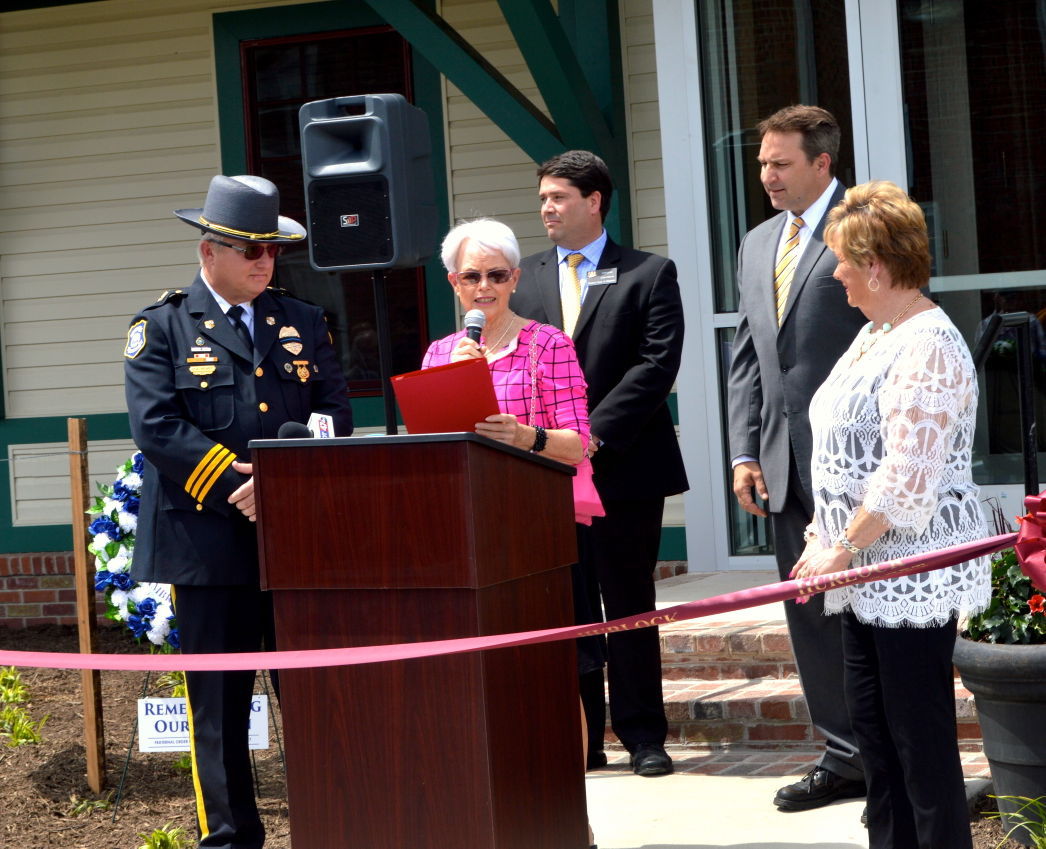 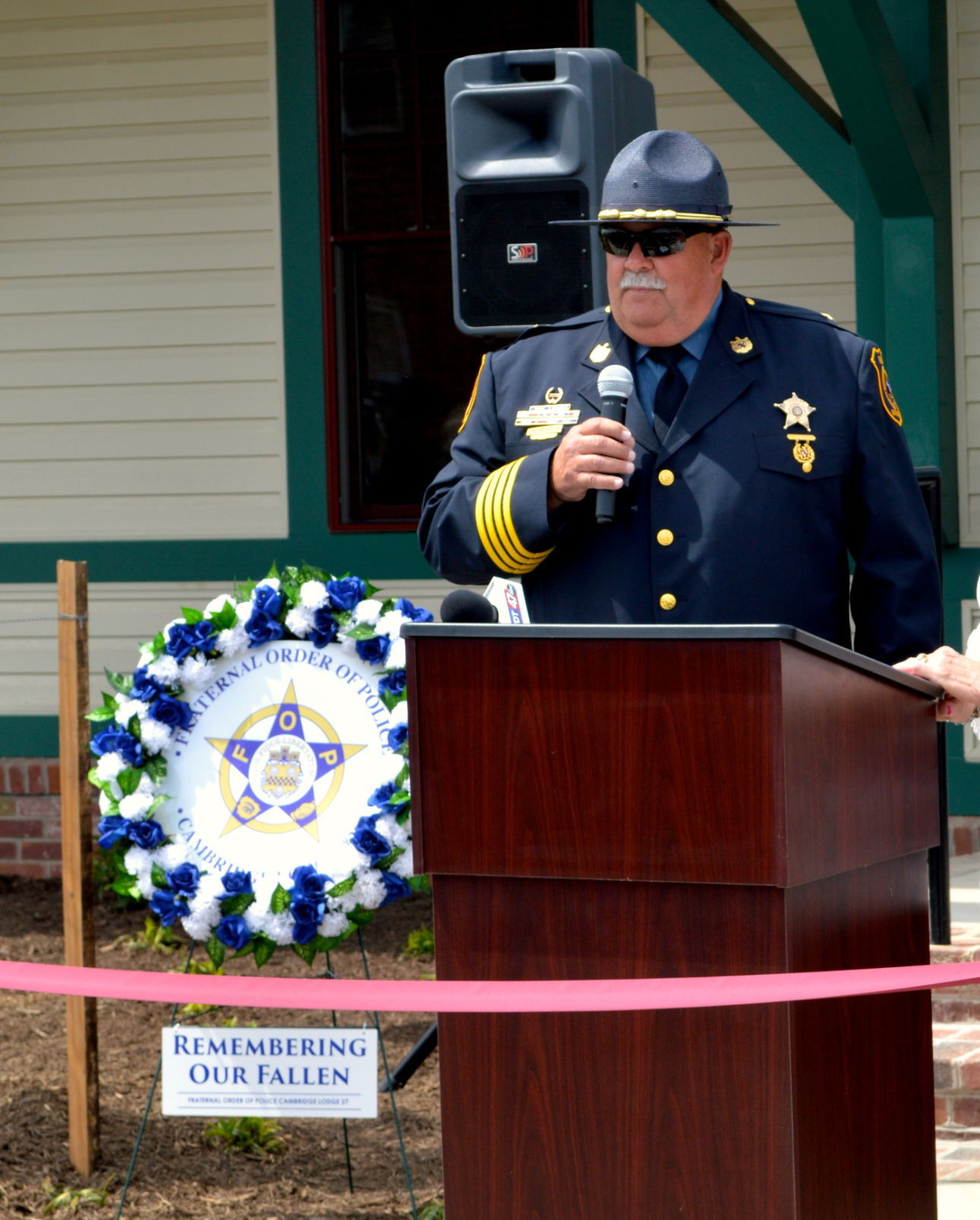 Dorchester County Sheriff James Phillips congratulates the town of Hurlock for the new Hurlock Police Station at the Friday, May 20, ribbon-cutting ceremony.

PHOTO BY DUSTIN HOLT
1 of 6

Comptroller Peter Franchot was the guest speaker at the Hurlock Police Station grand opening ceremony on Friday, May 20.

Dorchester County Sheriff James Phillips congratulates the town of Hurlock for the new Hurlock Police Station at the Friday, May 20, ribbon-cutting ceremony.

HURLOCK — The town of Hurlock celebrated the opening of its new Hurlock Police Station at a ribbon-cutting ceremony Friday, May 20, with special guest Comptroller Peter Franchot.

Construction began for the new police station in June 2015 across the parking lot from the former police station on Nealson Street. The project cost is about $1.7 million from a USDA loan. Harpers and Sons did the construction and Lane Engineering did the project engineering.

“I just want to applaud everybody that has had even a small part in this police building,” said Hurlock Mayor Joyce Spratt. “It was a dream that has become a reality. The police department has deserved this building for a long, long time.

“In 2011, when Les (Hutton) was chief, we talked about it,” she said. “We crunched some figures. With the help of the USDA and Hebron Savings Bank, we’ve made this dream a reality. Thank you to Town Manager John Avery who has worked so hard on this building. I just can’t thank him enough.”

Franchot presented Hutton and Hurlock Police Chief Michael Henry with Maryland Hero Medallions that he gives to first responders and military personnel for their service to the state and country.

“Joyce, thank you for what you do for this wonderful town and this community,” Franchot said. “I’m honored to be a part of this special ceremony.

“Without public safety, there is no economy,” he said. “We got to make sure our people are safe. We give it to them for their sacrifice and their valor and their service.

“I’m confident this new facility will strengthen Hurlock Police Department’s ability to protect and prevent anything happening to folks here,” he said. “Equipping them with the resources and space they need to efficiently perform their service rewards the valor and service that each of these men and women make. The work that this department does on a daily basis is incredibly inspiring. It takes guts and commitment, and love for others to get up every day, put on that uniform and risk your lives to protect your community.

“I don’t think it is possible to thank the selflessness and dedication that each of you demonstrate during the day,” he said. “Please know that I, along with millions of Marylanders across the state are deeply appreciative of what you do. So far as I have the honor to serve as comptroller, rest assured that this police department and law enforcement officers across the state will continue to have a partner, a friend and an advocate fighting for your interests in Annapolis.”

“I saw there was a great need for a new public safety building,” he said. “I wanted it to look like a train station. The train theme to the town of Hurlock is special.

“This is our vision, and we are so proud of it,” he said. “There are going to be many officers over the years going through these doors, and I just hope that they find in their heart the pride in this building and in this town that I have, and that they are successful.”

Dorchester County Sheriff James Phillips was one of many local and state dignitaries on hand for the ceremony. He thanked Hutton and Spratt for having the vision to provide a home for Hurlock police.

“Many, many years ago when they decided to establish a Hurlock Police Department, they had the police department and gave them guns and gave them cars and stuck them in an old house,” he said. “They have been up where the town hall is. They were in an old fertilizer warehouse. They’ve always jumped them around to a vacant building and never really given them the proper equipment or the proper home that they really needed.

“When former Chief Hutton brought it up to Mayor Spratt’s attention, she had the vision to move forward and say, ‘We got an incredible professional group of law enforcement officers here, they should have a home that reflects that professional image,’” he said. “Hats off to the town council. Hats off to Mayor Spratt. Hats off to Chief Henry. I just want to say congratulations for a job well done.”