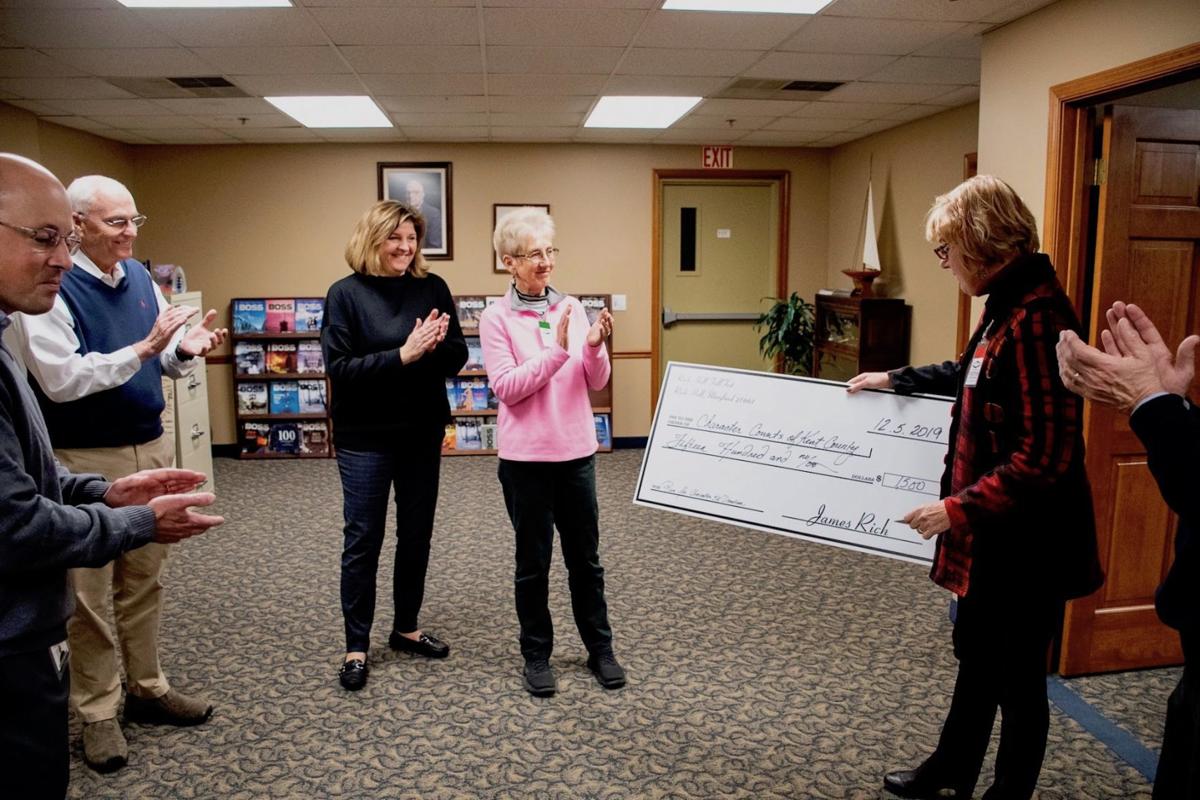 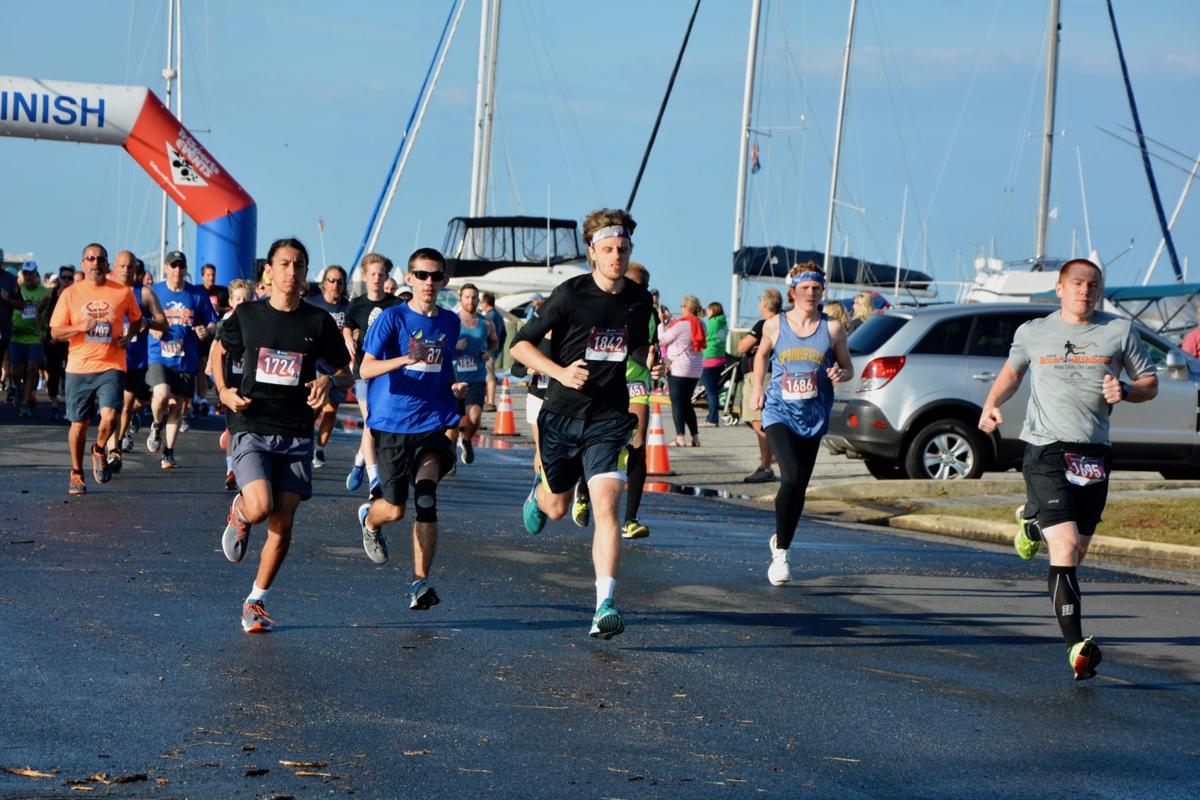 Steve Wheeler of Still Pond, far right, takes the lead at the start of the inaugural FallFest Run for Character 5K on Saturday morning, Oct 12. He led throughout, stopping the timer in 19 minutes, 53 seconds.

Steve Wheeler of Still Pond, far right, takes the lead at the start of the inaugural FallFest Run for Character 5K on Saturday morning, Oct 12. He led throughout, stopping the timer in 19 minutes, 53 seconds.

ROCK HALL — Rock Hall Elementary School and the Character Counts! program in all of Kent County’s public schools received the lion’s share of proceeds from a 5K run/walk that was held in October in conjunction with the annual FallFest here. Each received $1,500.

Other beneficiaries included the Kent County Learning Center based in Rock Hall and the FallFest itself.

In all, more than $4,000 was dispersed in donations in December.

Peg McHugh, director of the inaugural Run for Character, said the donations were made possible in large part because of the large number of sponsors (33) and an “extremely successful sponsorship drive.”

All but two of the sponsors were Rock Hall businesses.

McHugh deemed the event “a grand success.” She was fifth in the walker division in 44:56.

The 5K run/walk was preceded by a free “Kiddie K” for runners 10 and younger. All Kiddie K finishers received a participation ribbon.

The 5K started and finished at Waterman’s Crab House. The course was altered on race day due to an overnight high tide that made some of the roads impassable.

Awards were presented to the overall male winner and overall female winner of the 5K, as well as the top three place-finishers (male and female) in various age groups. There also were prizes for the top five male and female walkers.

TriSports Charitable Events, owned by Ray Parker of Dover, Del., provided the tech shirts, timing and awards. For the past 20 years, TriSports Events has assisted nonprofits raise tens of thousands of dollars.

She said she moved the 5K from the Pirates and Wenches Festival in August to the FallFest because her original race management experience was with the FallFest Fun Run for Kids from 2000 to 2010.

“The decision seemed like a natural choice to move a running/walking event back to this festival,” McHugh wrote in an email. “The Rock Hall FallFest is a more family- and community-oriented festival so it was a win-win for runners, walkers and families too.”