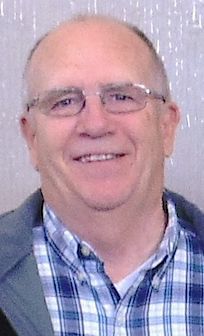 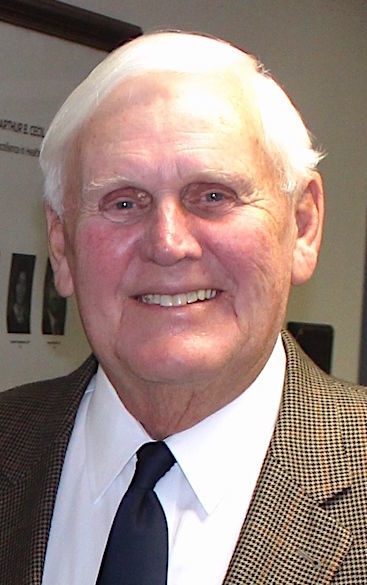 CHESTERTOWN — University of Maryland Medical System has released a report detailing the high-profile conflicts of interest among board members that led to the resignation of the health care provider’s president and CEO last year and fraud charges filed against Baltimore’s then-mayor.

Last March, The Baltimore Sun published reports showing self-dealing among members of the UMMS board of directors, including $500,000 to then-Baltimore mayor Catherine Pugh for her “Healthy Holly” book series. Robert Chrencik, UMMS president and CEO at the time, was placed on leave and then resigned in April.

Reports of self-dealing among board members extended to a pair of Mid-Shore residents with ties to the local UM Shore Regional Health hospitals: John Dillon of Oxford and Wayne Gardner of Trappe.

On Dec. 13, the UMMS board released the special committee’s report stating that while “the vast majority of Board members had no identified conflicts or business relationships with UMMS at all,” oversight functions were “deeply compromised” due to “the self-interested transactions of a group of Board members” and “structural and operational flaws.”

“For 30 of the 40 current and former Board members, the Special Committee found no conflicts of interests, business relationships, or inappropriate financial transactions with UMMS. For the 10 Directors who had some type of conflict, all had reported them as required by the policies in place at the time,” the report states.

In announcing the public release of the report, Dr. Mohan Suntha, the new CEO of UMMS, spoke about the health system’s recognition of the need for policy and procedure reforms.

“Corporate culture emanates from its leaders and must be one that values transparency, ethics and an awareness that strong governance and management require ongoing reinforcement. Both the Board of Directors and our management team are fully committed to these principles,” Suntha said in a news release.

Dillon was a member of the UMMS board and chairman of the UM Shore Regional Health board last spring when the story broke. He resigned from both.

According to the special committee’s report, Dillon was retained by Chrencik in September 2012 to participate in “fundraising, community outreach, acquisition, and expansion endeavors.” Dillon, reportedly chairman of the UM Shore Regional Health board at the time, was to be paid $13,000 a month.

The report states that Dillon listed the retainer on his annual disclosure form for UMMS and it was reported to the board and the board’s Audit and Compliance Committee. The board appeared to have had no discussion and took no vote on the long-running deal.

“Despite the annual disclosures, certain members of senior management and most Directors expressed surprise at the existence of the arrangement and insisted that it had not been disclosed,” the report states.

The letter of agreement reportedly tasked Dillon “to undertake activities that were consistent with the basic expectations for a Board member, including fundraising, strategic planning, and community relations.”

The report states that the agreement, “on its face,” would be a violation in that it constitutes “[p]ayment for services normally expected of a Board member.” In interviews with those conducting the audit, Dillon’s efforts were said to involve more time — Dillon reportedly put it at 25 hours a week — than a typical board member would be expected to provide.

“Other than the amount of effort and time, there was no other distinction between Mr. Dillon’s ‘consulting’ and a Board member’s basic duties. The Special Committee concluded that there was a lack of evidence that the consulting agreement with Mr. Dillon was approved by the Board as required and, therefore, violated the volunteer services bylaw and governing law,” the report states.

“Although the agreement was not subject to the competitive RFP process, it is the Special Committee’s understanding that no alternative services were available for the covered areas — which is an established exception to the competitive bidding requirements under relevant UMMS policies,” the report states.

The report states that there is no record of any discussion, review or approval by the board regarding the agreement.

“The Special Committee notes that the relationship between Mr. Gardner and Best Care Ambulance was widely known among the members of the Board and management who were interviewed as part of this process,” the report states.

Responses were not received to emails seeking comment from Dillon and Gardner. UM Shore Regional Health had no comment to add to this article.

The most high profile conflict of interest involved Pugh.

Nor could the investigating counsel confirm receipts for 20,000 copies each of four more volumes in the series, again at $100,000 a volume. These purchase agreements occurred from August 2012 through October 2018.

“In early 2019, after negative news coverage reporting on the failure to deliver the fifth Healthy Holly installment, Ms. Pugh returned $100,000 to UMMS. She has not returned the remaining $400,000 to date,” the report states.

Pugh pleaded guilty in November in federal court to conspiracy to commit wire fraud and conspiracy to defraud the United States. She also pleaded guilty to two counts of tax evasion, according to a news release from the U.S. Attorney’s Office for the District of Maryland. Her sentencing is scheduled for February.

According to the release, Pugh admitted to conspiring to defraud purchasers of the “Healthy Holly” books for personal gain and to further her political career.

“Pugh further admitted that she used the proceeds of the sale of fraudulently obtained Healthy Holly books for her own purposes, including: to fund straw donations to Pugh’s mayoral election campaign; and to fund the purchase and renovation of a house in Baltimore City,” the release states.

Dillon was not the only board member paid for consulting work through an agreement with Chrencik.

Robert Pevenstein, who also has since resigned from the UMMS board, entered into an agreement for services in January 2018 at a pay rate of $15,000 a month. His name also is listed with a number of entities in the report that had contracts and agreements with UMMS in which he or a family member received commissions.

“I know what was disclosed in our committees,” Pevenstein told The Sun in May. “What we’ve done is nothing wrong.”

Additional conflicts of interest included the owner and founder of Home Paramount Pest Control, a former state senator and an M&T Bank executive.

The special committee reviewed policies, bylaws and financial controls in looking at the effectiveness of the UMMS board’s role in financial oversight. The committee found a number of failings in that respect.

Bylaws regarding compensation for board members and conflicts of interest were streamlined in 2011 to where forms were reportedly filled out once a year for such matters.

Then there was the question of whether or not anyone actually read the conflict of interest policy or paid attention to the disclosures when they were part of an annual presentation to board members: “many said that if and when they [the presentations] occurred, the information was presented quickly, flashed on a screen, and not discussed.”

Another oversight issue stemmed from multiple committees having the same chairman. Pevenstein reportedly served as chairman of the Finance Committee, the Investment Committee and the Audit and Compliance Committee (ACC). Attendance at ACC meetings was at times “embarrassingly” sparse, according to the report.

“The dominance of the ACC by one individual and the many conflicts of interests of the Chair and ACC members rendered the oversight function control fatally flawed. Yet the situation continued for several years,” the report states.

Term limits set by Maryland law were greatly exceeded by some board members, the report shows. Board members are not allowed to serve more than two consecutive five-year terms.

Yet though various end-arounds, some board members served well beyond those limits. State Sen. Frank Kelly served 33 years, Pugh was on the board for 17 years, Pevenstein was a member for 16 years and Dillon had a seat at the table for 13 years.

“Term limits are intended to provide periodic rotation of Board membership and leadership and prevent entrenchment that can pose a risk to effective oversight of management. Where, as here, those limits were not followed, that risk was borne out. The result was an inner circle of long-time Board members that many perceived to hold all of the decision-making power,” the report states.

Additional issues included purchasing policies that gave UMMS management, including the CEO, the authority to approve checks without board oversight. These included the consulting agreements with Dillon and Pevenstein and the “Healthy Holly” book purchases.

Such transactions with board members ultimately “eroded the effectiveness of board oversight,” according to the report.

“UMMS’s culture reflected a concentration of power at the top, where members of management sought excessively to keep the peace. As described above, the structure of the UMMS’s procurement and payment policies allowed the CEO to exercise almost unchecked power within the management structure for purposes of entering into contracts with Board members and disbursing funds to them,” the report states.

The special committee stated that issues found in the board and among management though do not suggest “failings in the care provided by UMMS.”

“Simply put, the Special Committee recognizes that the failings in the UMMS Boardroom were not failings in the emergency rooms or examining rooms or elsewhere throughout the hospitals, clinics, and outpatient facilities by the more than 28,000 UMMS employees and physicians,” the report states.