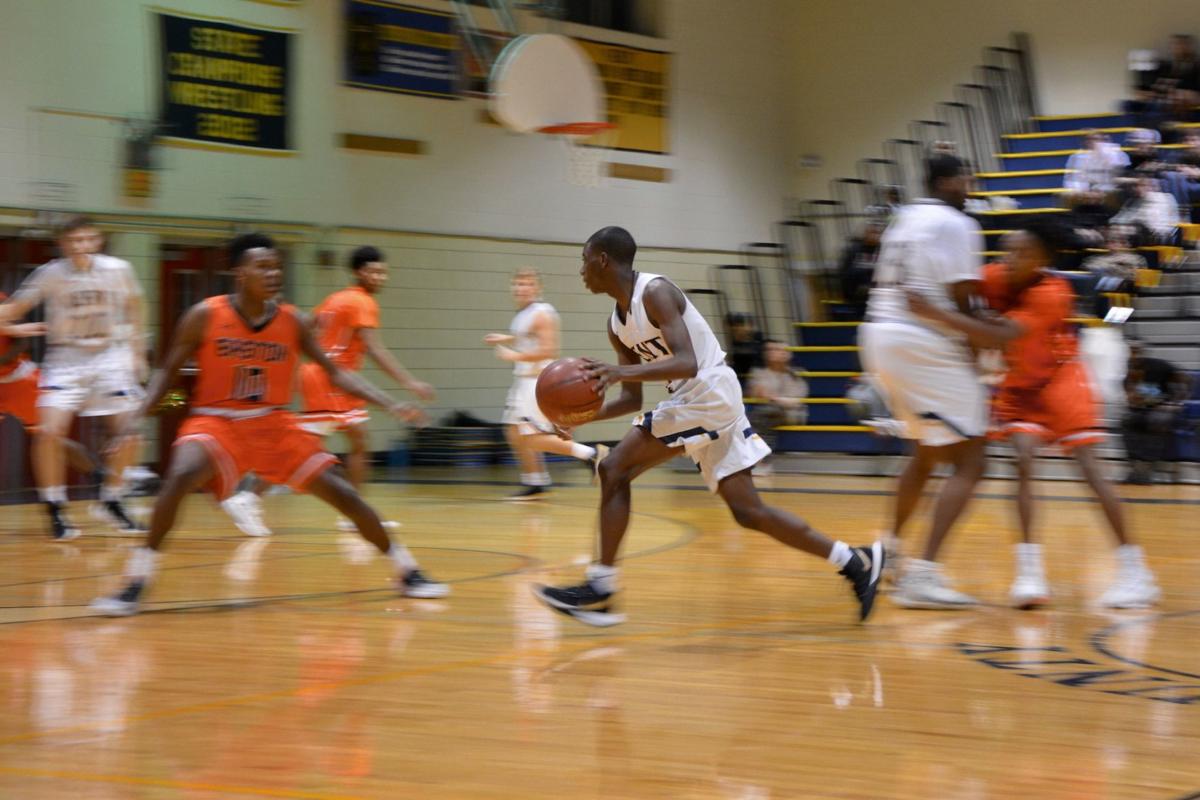 Sophomore Jayden Reid has been entrusted with running Kent County’s offense in the absence of senior JayShaun Freeman, the reigning Mid-Shore Player of the Year, who is recovering from a toe injury suffered in the season opener. Our photo was taken Jan. 9 when Reid scored 13 points against Easton. 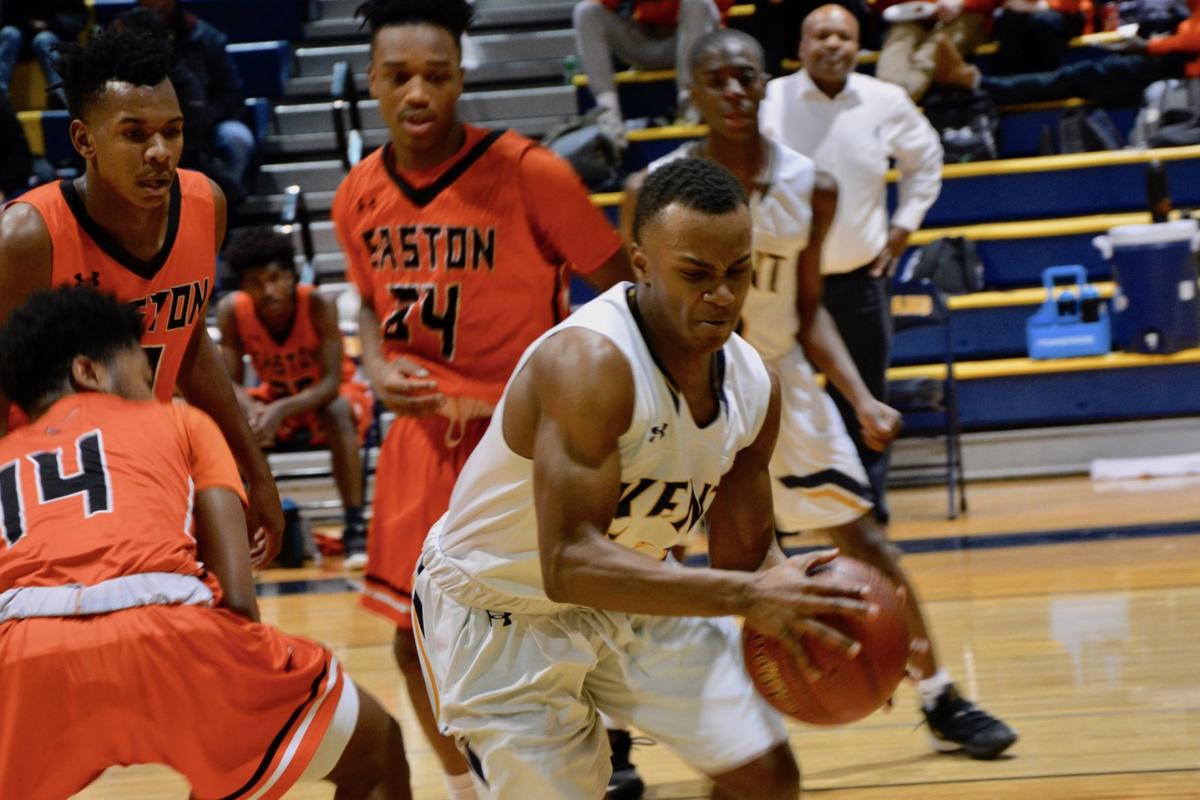 Sophomore Jayden Reid has been entrusted with running Kent County’s offense in the absence of senior JayShaun Freeman, the reigning Mid-Shore Player of the Year, who is recovering from a toe injury suffered in the season opener. Our photo was taken Jan. 9 when Reid scored 13 points against Easton.

WORTON — It’s been a puzzle for Kent County varsity boys basketball coach Sobaye Scott, trying to put the pieces together while the reigning team MVP is sidelined with a toe injury.

It appeared as if Scott had found the right combinations Thursday night when Kent took a 33-24 halftime lead against Easton — this coming on the heels of a two-point loss two nights earlier at Snow Hill in a game that was tied with 34 seconds remaining.

But an extended hiccup, lasting the better part of the third quarter Jan. 9, undid the Trojans.

Their guests took a 49-39 lead into the fourth quarter after a spurt of 16 unanswered points, part of a larger 25-6 run to start the second half.

Shawn Warner scored seven of his team-high 14 points in the fourth quarter, including five free throws.

All but two of Easton’s fourth-quarter points were scored from the stripe.

“We competed well, for a half,” Scott said immediately after the game.

He sent out a starting five of Jayden Reid, Peyton Taylor, Logan Cannon, Ryan Collins and Tykee Bryant. Taylor is the only returning varsity player in the group. Collins, a sophomore, was called up from junior varsity earlier this month.

It was a fluid lineup, with Corey Wilson, Kayleb Collins, Tylante Wilson and Kenny Fowler all subbing in during the first quarter and Gary Emory coming off the bench early in the second.

And it seemed to work.

Reid and Corey Wilson each scored six points and Cannon knocked down a 3-pointer as Kent (2-6) pulled ahead, 15-14. A run of seven unanswered points gave the locals a 7-1 lead with 3 minutes, 1 second remaining in the opening frame. They led 10-2 on Corey Wilson’s traditional three-point play.

Easton closed to 15-14 on Makhi Taylor’s three, the final shot taken in a chippy first period where the teams combined for 17 fouls.

The Trojans outscored their guests in the second period, 18-10, to take their largest lead of the game, 33-24, on Reid’s drive to the basket off a perfect screen set by Bryant with 7.2 seconds remaining in the half. Bryant’s rebound at the other end started the play.

By intermission, Reid and Corey Wilson each had 10 points. They would finish with 13 and 14, respectively.

Kent’s lead was still nine points, 36-27, when Ryan Collins made the back end of a two-shot foul early in the third period.

But Easton’s Ryan O’Connor started to get hot, scoring 11 of his 13 points in the third quarter as the visiting team pecked away at the deficit.

Cannon’s 3-pointer with 5:53 remaining in the third boosted the locals’ lead to 39-33, but that would be their last scoring of the frame.

Easton deadlocked at 39 with 4:18 to go, scored the go-ahead free throw 32 seconds later, and by the end of the third quarter had a 49-39 lead that was not challenged the rest of the way.

The physicality of the game intensified in the final period. The officials halted play about 90 seconds in to talk to coaches from both teams. Subsequently, Kent’s bench was whistled for a technical foul.

Easton took its largest lead at 62-48 on a pair of Nyzhier Youmens’ free throws with 1:40 remaining. He was 5-of-6 from the stripe in the fourth quarter and finished with 11 points.